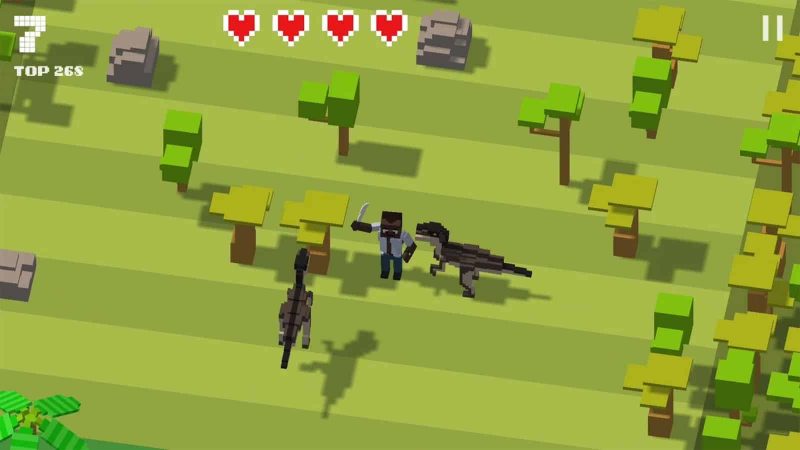 Obstacle or avoidance games appeared long before smartphones, but the simple concept merges with touch controls in a seamless way, so games like Crossy Road and Flappy Bird managed to become incredibly successful.

The idea of dodging obstacles has been implemented in lots of games, some are obvious clones of popular titles, but others give it a unique spin, offering some refreshingly original concepts.

We think obstacle games are perfect time wasters, despite many having the addiction factor cranked up to dangerously high levels. If you’re a fan of Crossy Road or other types of avoidance platformers check out today’s roundup. As always we’re excited to hear about other great obstacle games if you know any and leave us a comment to tell us which is your favorite title from the bunch. 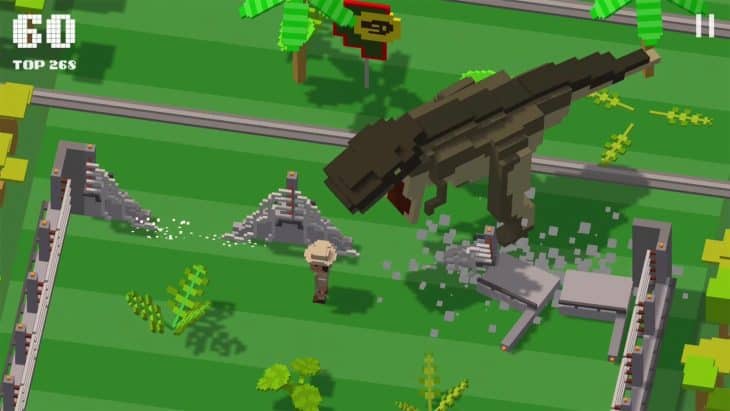 You could say Jurassic Hopper is a blatant Crossy Road clone, but it does bring some of its own gameplay elements on top of the very popular concept of trying to dodge traffic. Of course, the scenario is not the same – you’ll be going through a Jurrasic themed world, crawling with dinosaurs and lots of funny characters to play as.

Another interesting aspect of Jurassic Hopper are the dynamically created levels that ensure you’ll never play the same scenario twice and the multiplayer option lets you compete with friends and climb on the leaderboard.

Daddy Was A Thief – Android, iOS 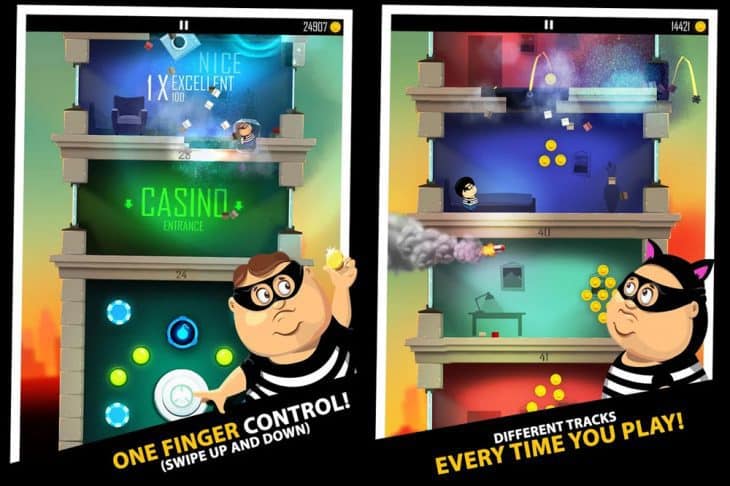 This game is fun, fun, fun! The cartoony graphics go very well with the story and simple one finger controls of this vertical platformer. There are tons of obstacles that can be avoided and/or smashed to pieces, as well as powerups and plenty of achievements to gain.

It’s not just an avoidance game, since you can practically smash obstacles – in fact, you’ll be rewarded for it. However, you’ll find that in some cases avoiding stuff is not optional, so you can’t just go down the path without putting some effort into it.

To The End – Android, iOS 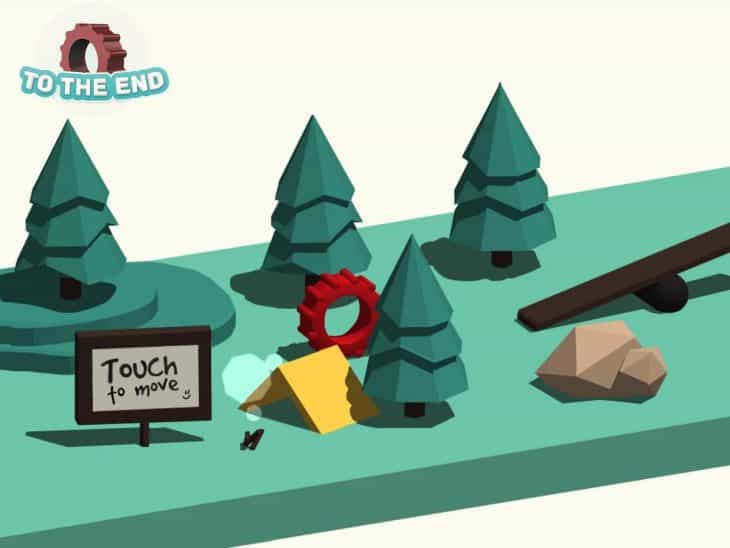 This game lets you play as a rolling cog going through a beautifully designed 3D environment with a variety of scenarios. To The End is certainly not easy – you’ll have an adequate challenge on your hands, although not impossible. Each level has its unique terrain and obstacles that need to be avoided – fail and you’ll start the level again.

One particular aspect of the game is disappointing – it only has 13 levels. Hopefully, the developer will add more in the future, but even now, it’s worth playing To The End. 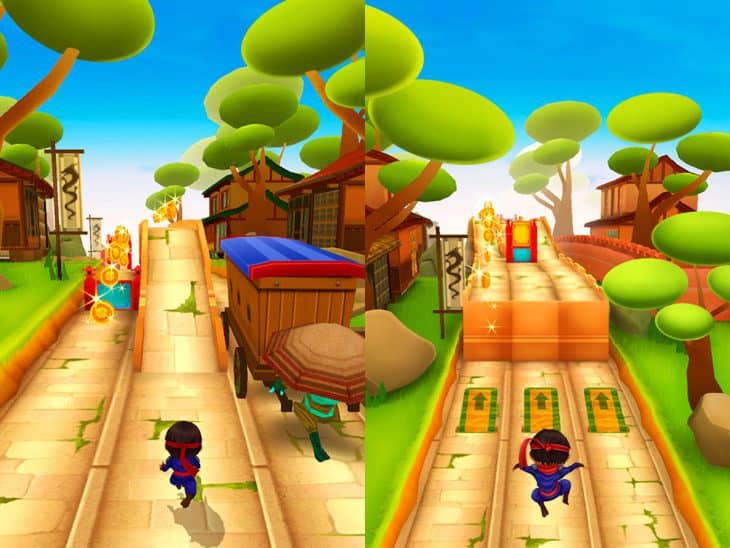 This endless runner is similar to the well-known Subway Surfers, with very polished graphics and responsive, simple controls. In Ninja Kid Run, players can collect coins, jump and duck to avoid obstacles and shoot to destroy objects at a fast pace and in a rich environment.

It’s true the concept of Ninja Kid Run is not an original one, but it’s a well-designed game and while I can’t place one if front of the other, many people think it’s better than Subway Surfers. 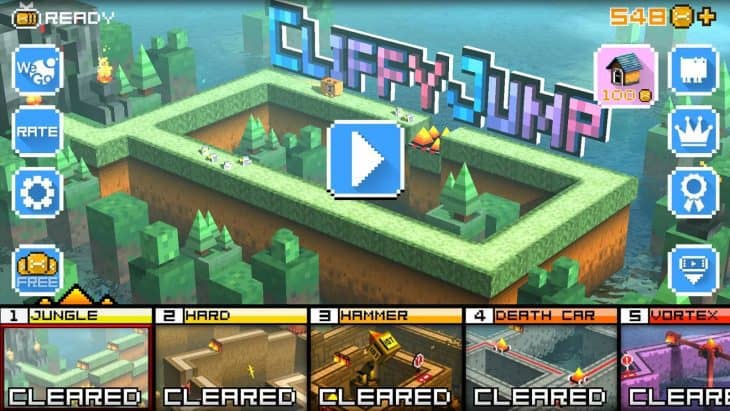 An 8-bit 3D world with several exploration areas where you’ll obviously need to do a lot of jumping await for you in Cliffy Jump. This is a true jumping game as your character moves automatically, while timing the jumps is your only and most important job. As you explore new areas you’ll unlock more cute characters. I have to admit I keep this one on my phone because I find it challenging and a fun game to play when I have some time to kill. 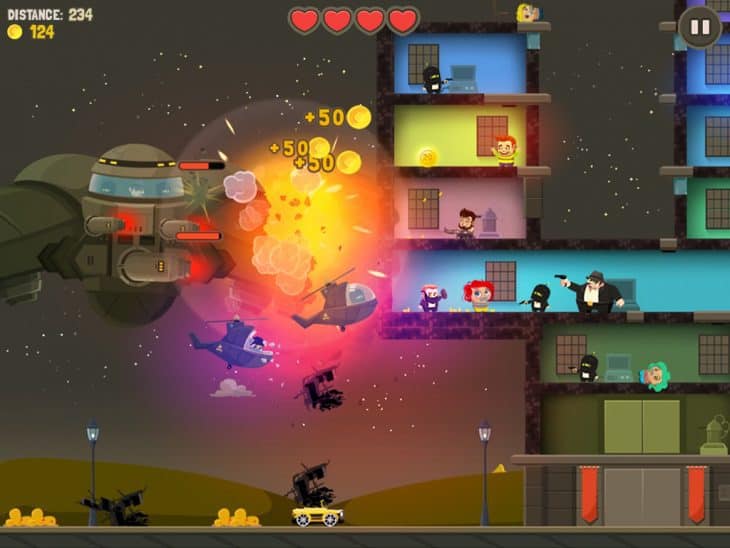 If an alien invasion were to happen in reality like it does in this game, may I say that us gamers would probably crush them and have a lot of fun while doing it! Aliens Drive Me Crazy is a multi-layered platformer with tons of action and explosions in which you fight against UFOs, robots, aliens and other foes to save the planet from being conquered by aliens.

It’s definitely an action game so if you want some obstacles but at the same time you’d like a fast-paced environment where you also need to do some fighting and shooting, you’ll love Aliens Drive Me Crazy. 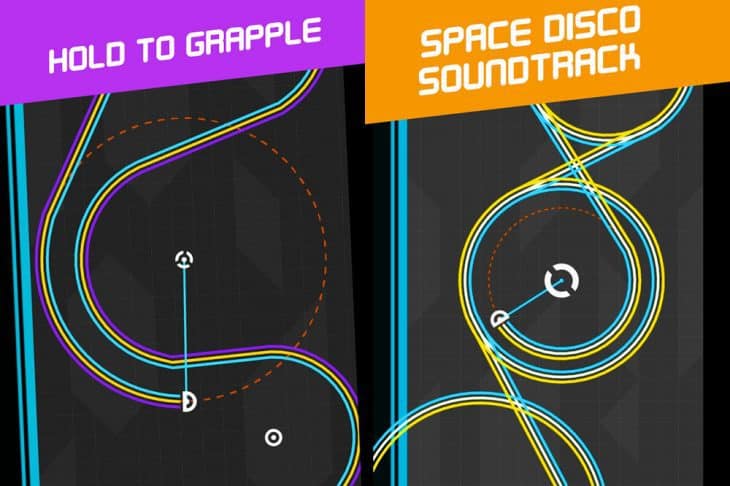 One More Line is my favorite title from today’s roundup – it’s brilliantly simple, incredibly addictive and also skill demanding. This game lets you control a line that can grapple onto small wheels and time your release to sling yourself up without smashing into the outside walls or into one of the wheels.

The retro, space-themed music makes the action even better and the whole grapple and release concept is very easy to understand, yet difficult to master. Definitely recommended! 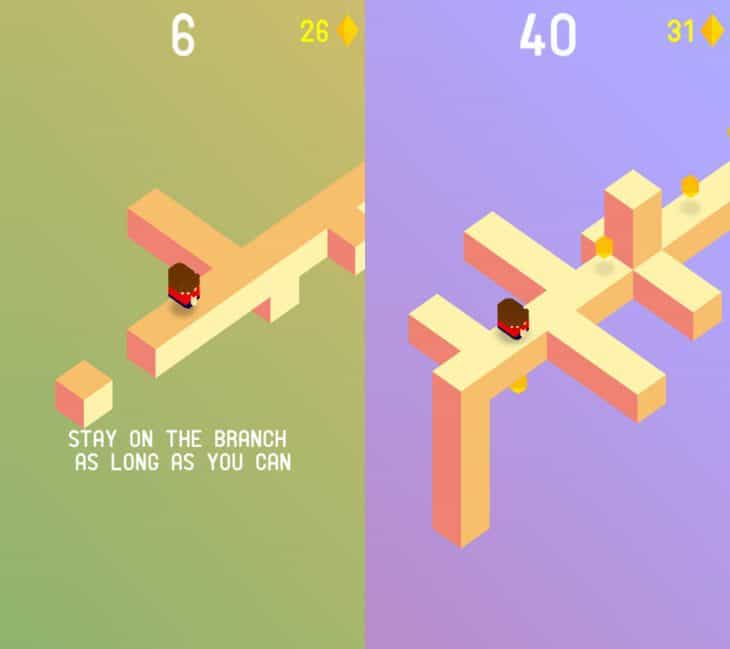 The Branch put its own spin on the classic platformer, by making it rotate. Each side of the level has its own unique terrain and you’ll have to rotate it in order to avoid obstacles, as your character is auto-walking towards either a clear path or instant death. There are also collectible gems in the game which you can use to unlock new, cute characters you can play as. 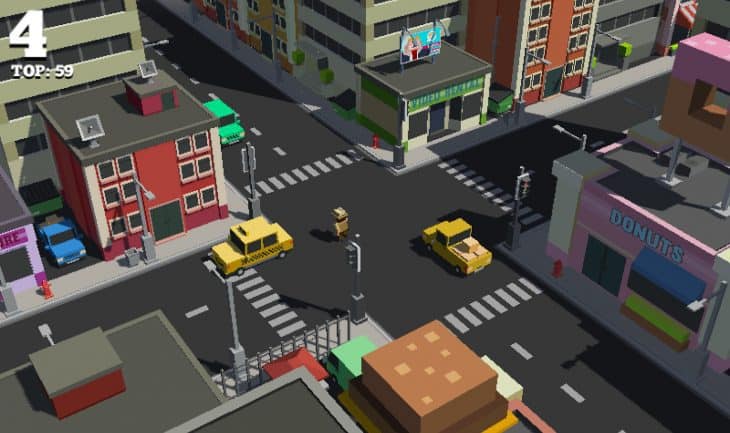 Crossroad Run may seem like just another ‘dodge traffic’ game, but it’s highly addictive, as simple as it may be. Your pixelated character is stuck in the middle of a crossroad with heavy traffic and he is limited to moving in a small square.

All you have to do is dodge incoming cars to keep him alive, but honestly it’s quite difficult to do that. The endless game mode lets you keep going for as long as you can perfect for skilled players that are looking to achieve high scores. 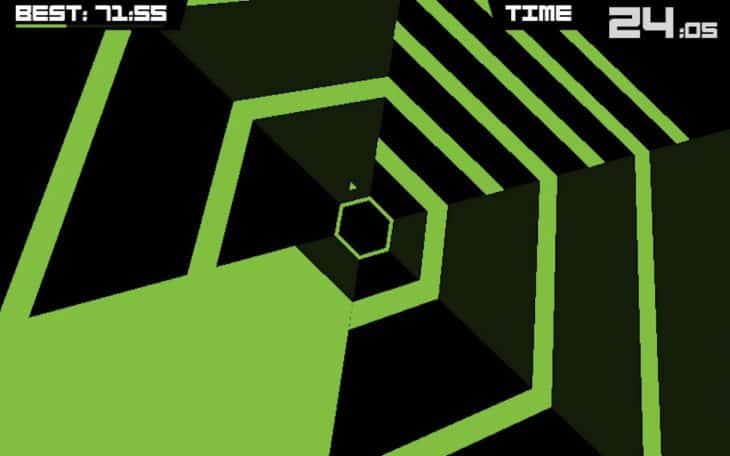 I feel like if I’m playing this game for too long I’ll eventually end up hypnotized. Super Hexagon has an interesting playfield with revolving and ever changing hexagons where you have to move quickly in order to dodge obstacles.

Despite the simple design the challenge is ruthless. There’s no ‘easy’ or ‘beginner’ mode, so expect to die a lot in Super Hexagon, but enjoy it at the same time.