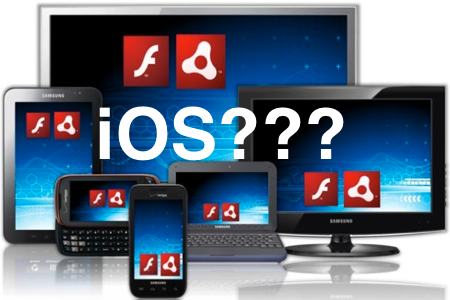 If you are still getting acquainted with the popular Action-RPG Darkness Reborn, and would like to know a few ways you can step it up — you happen to be in the right place. We’ve got 10 tips to help you make it past that level you’re stuck on, and how you can fine-tune your playstyle to be as efficient as possible. Let’s get started!

One of the easiest ways you can pick up some quick EXP is to do all of your daily quests. These don’t change very often, and most can be done relatively quickly. Clearing the first floor of the elemental dungeon can take all of 10 seconds depending on your level, as well as sending out a few friend points (regardless of level). That alone is usually about 15-20% of a level-up. 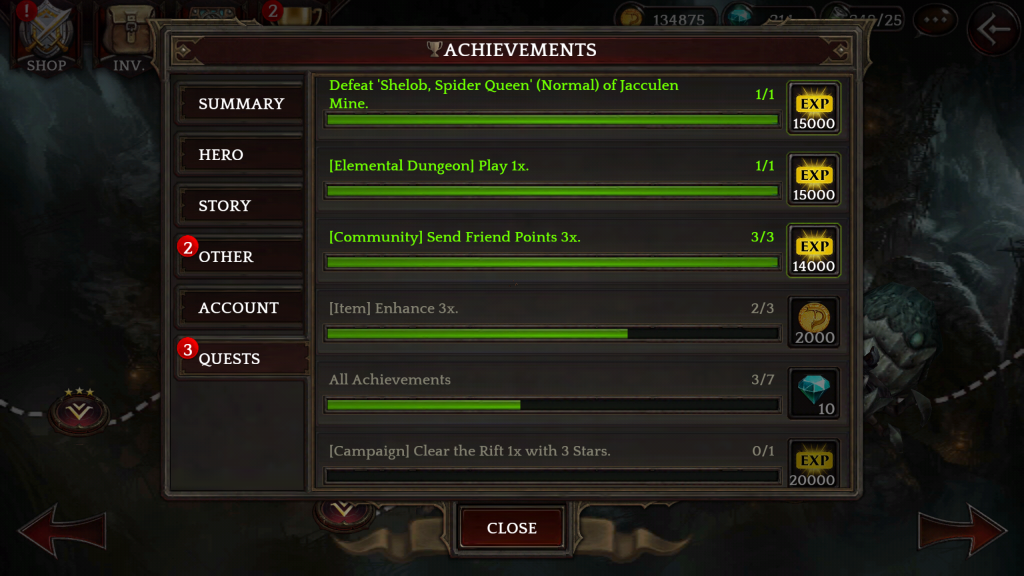 If you take the time to complete every daily quest, you’re also awarded with 10 free Sol, which is perfect for upgrading some passive skills or buying things at the shop without spending real cash. In total, you’re looking at roughly 40% of a level up, a handful of extra coins, and 10 free gems for doing some quick and painless daily quests. Also, don’t forget to spin the wheel once for free daily! you can score a decent amount of free gems, coins, or a strongbox.

This kind of depends on how you want to play the game, but for me, I like to focus on one main character (at least for now). If you feel the same, it’s still very beneficial to play some other characters, but not necessarily focus on upgrading their skills or enhancing their gear. All gold is shared account-wide, so this helps build a nice pile of gold, especially early on — and then later you’ll likely have a hefty pile that you can take a small chunk of to get those other characters up to speed when you want to progress further on them.

Rifts will pop-up from time to time, and you will also get requests from your friends to help with their rifts on occasion. These are good for a couple of things, first of which is a callback to tip #1 since you usually have a daily quest that involves completing a rift. Second, is that they are one of the few places you can get a good amount of crafting supplies — which coincidentally also helps with dailies, since you usually need to craft an item.

Sol can be acquired without spending money, and you can actually get a decent amount regularly. The easiest way is to log-in daily and collect them from the log-in rewards, but you’ll also collect them from completing achievements and as I mentioned earlier, daily quests. Passive skills eventually require Sol to upgrade, so this is the area you should focus spending your Sol on the most. Spending it on strongboxes, extra wheel spins, or enhancements may seem like a good idea, but not until you’ve capped out your skills.

You’ll notice that enemies behave differently in the game, some can be auto attacked to death and you’ll interrupt their attacks every time. Others, usually bosses but sometimes stronger minions too, will still use their attacks even if you hit them with basic attacks or abilities. Make sure you’re aware of their different attacks and what they look like prior to executing them, so you can move accordingly and mitigate as much damage as possible. 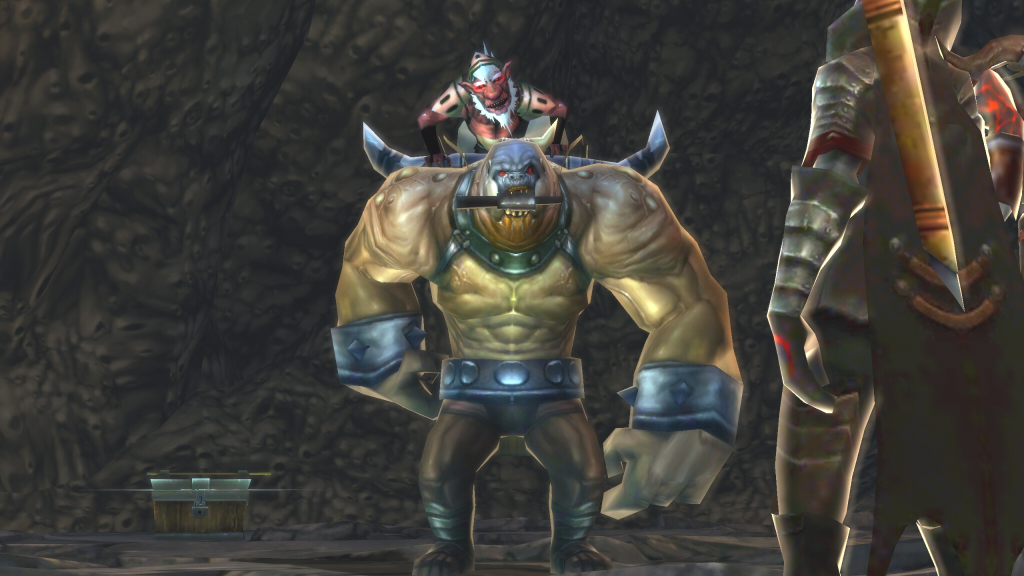 Since all kinds of enemies can show up in the elemental rift, or in later levels of the game, you’ll always want to keep an eye on what you’re fighting — and try to remember how to kill it while taking the least amount of damage. Typically, bosses can take two full melee combos right after they use an attack before they start using another, forcing you to get on the move. You can easily avoid some bosses attacks by just running behind them quickly and striking them in the back, while others might require you to run far away.

This is a really easy tip so we’ll keep it short and sweet, you can send friend points to each friend on your list for free every 24 hours. There are achievements, both daily and permanent, that require you to do this so make sure you do it as often as possible. Just go to Community and tap the heart icon by all of your friends.

You can also spend the points you receive from others on friendship strongboxes in the shop to get some surprisingly useful gems and gear that is either an upgrade or can be used for enhancement. Make sure you are adding new friends until your list is full, and replace any that remove you, so you can get as many points as possible.

For those who are beginners at these types of games, you may not put as much value into enhancing or evolving items at first. However, this is really important once your level reaches the 20s, and you’ll need to do it to progress. You might be tempted to just sell items rather than spend money on combining them into your equipped ones, but it’s really not worth it to get some extra coins. Only sell items if they are gray quality, or you are really strapped for cash — NEVER sell an item that has been enhanced. 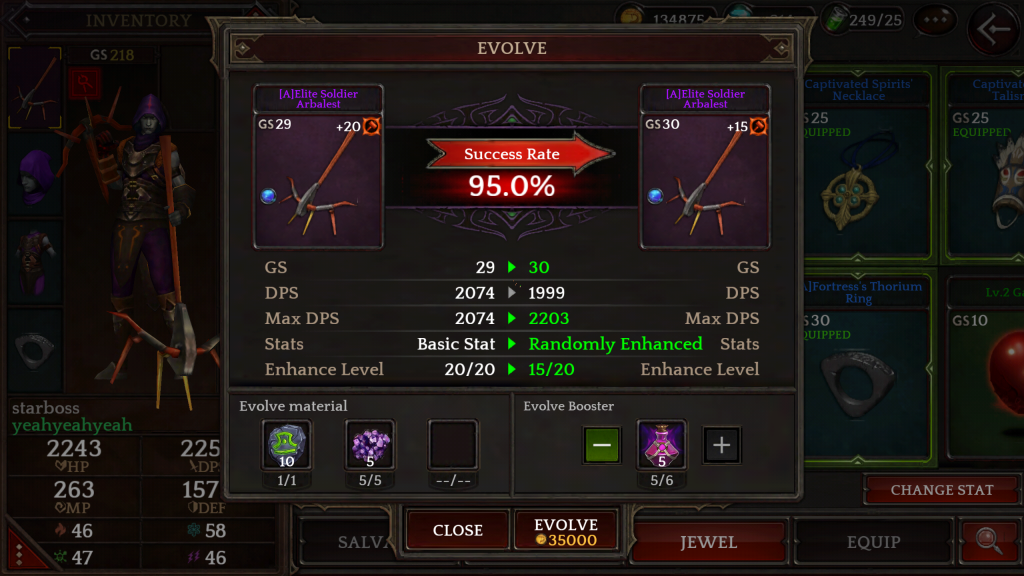 Enhanced items yield much more enhancement EXP, so you should make sure and fuse them to another item to enhance that item quickly. Evolution isn’t all that necessary until even later in the game, and is much more expensive — but still something you should know about for later on. It requires evolve stones (can be received many ways, easily through elemental dungeon), crafting supplies, and a bit of luck so you don’t fail.

Currently, there doesn’t seem to be a whole lot of incentive to compete in VS mode, other than to complete your daily quest so you can get 10 free gems for doing them all. The mode itself is rather imbalanced, meaning matches can be heavily lopsided in your favor or against. On top of that, the rewards just don’t seem comparable to spending your time progressing in the game or at least getting crafting supplies from rifts or scoring more points in the elemental dungeon for a nice strongbox.

If you see an item that has a red down arrow instead of a green up arrow, your first instinct might be to just use it for enhancement of another item. You shouldn’t always do that necessarily, because if the gap is small enough, that item might be better than your currently equipped item if you fuse the current one into the new one. Just un-equip your current item and try enhancing it into your new one and see what the increase is, and if it out-weighs the initial decrease.

Lastly, if you ever feel like you’re stuck in the game, I’ve come to find you have two good options. You can either grind away at previously completed levels for gear to use in enhancement and more EXP, or you can simply wait until you’re gifted a free strongbox or gems to upgrade your skills further. I don’t recommend spending money since you don’t have to, but that option is there as well.

Thanks for reading these 10 Useful Tips for Darkness Reborn! Let us know if you’ve got any tips of your own you’d like to share in the comments section below, and don’t forget to check out our full review of the game too!