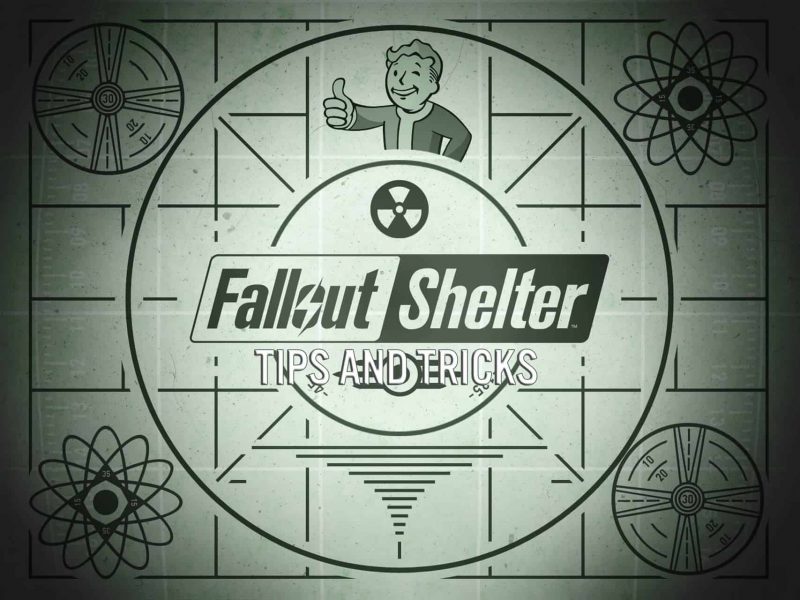 There’s quite a bit of learning involved with Bethesda’s recent release of Fallout Shelter for iOS. Although the overall concept is simple — grow your population and build your vault, doing that in an efficient manner is much more complicated. With these tips for Fallout Shelter, you’ll learn a few different ways you fully utilize your dwellers and make sure you’re receiving their maximum potential. I’ve been playing a ton since the game was released, so hopefully you’ll learn a thing or two even if you’ve got some experience under your belt.

If you’re brand new to the game, make sure you take a look at our full review as well! Otherwise, we’ll get started with the tips.

Don’t have too many living quarters

Each room you have is going to use electricity, so there’s no need having enough living quarters to fit 100 dwellers when you’ve only got 50. It may be a small amount of energy compared to your overall, but you only get a small amount of dwellers to assign to non-resource jobs without going under the line, so it’s important you can use all of them and not waste extras on powering vacant rooms.

Ideally, you’d like to know what each one of your individual vault dwellers are good at, but that’s not always going to be the case. Still, you’ll want to at least know a handful of them so you can get important tasks done without fumbling through the list of dwellers. Personally, I’ve got a few different dwellers with high luck and endurance for exploration, a few with high charisma for reproduction, and I always like to know who is armed with a weapon. 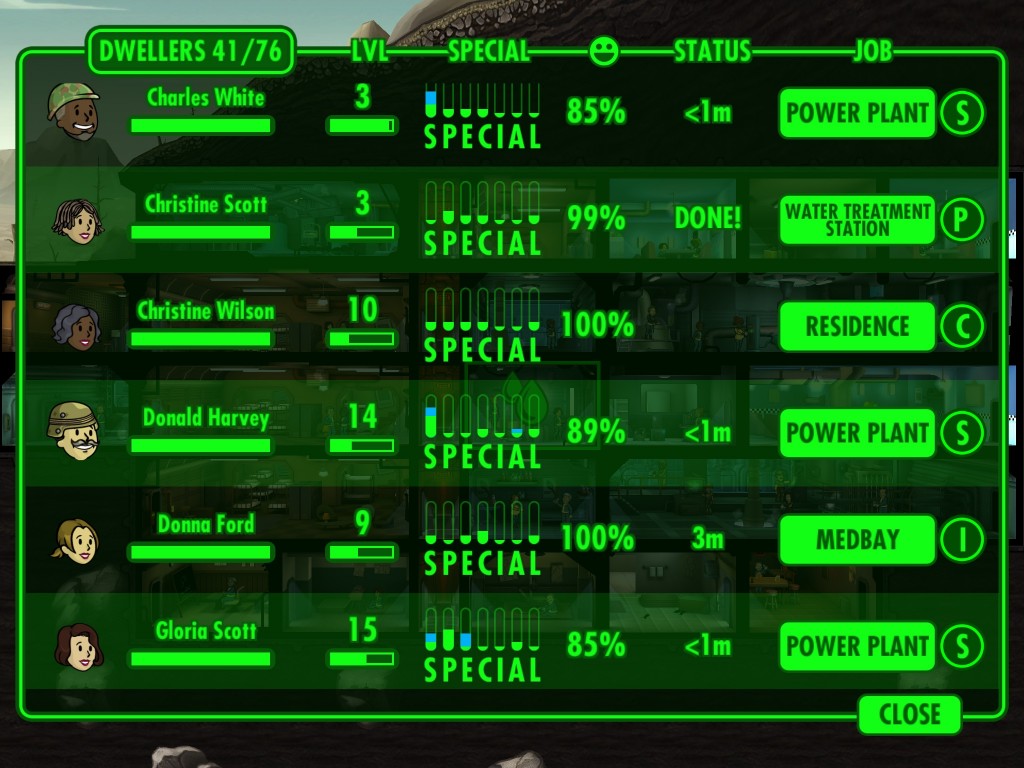 Having one or two people who are very well trained in a certain stat related to resource production is also nice, so you don’t necessarily have to worry about them. Meaning, if you’ve got a dweller with 9 agility, they should pretty much always be working in the restaurant, likewise a high perception dweller would always be producing water. This way you know they’re being as productive as possible, and they don’t require much attention.

Always be exploring, training, and questing

These three things are probably the most crucial to getting ahead with your vault. Exploration brings gear that is extremely useful, as well as extra credits. Training is the only way to increase your dwellers stats other than gear, which can be very random when it comes to bonuses. Questing is the only way you can snag free lunchboxes, which will give you rare items and dwellers from time to time.

Without these three things, it’s hard to really improve your dwellers — you’ll still be able to expand your vault, but eventually it will get hard to contain everything when everyone has low stats. Early on, you’ll only be able to assign one or maybe two dwellers to exploration and training, but it’s crucial to at least get started on a couple of them.

Keep an eye out for radiation

Radiation can easily slip under the radar and cause some pretty big problems for your vault. Fortunately, if you check your dwellers regularly, it’s easy to combat when spotted early. Just look for a red bar on their health, and you’ll know they have radiation sickness. To cure it, just use a RadAway, which can be made in the Science Lab. It’s not a bad idea to just have several of these on hand so you don’t have to wait and possibly have the radiation spread or get worse and require two doses. Without a Science Lab, you can cure it slower by making sure your water never goes into the Red, as this is what causes radiation to begin with.

Increase population when possible, but don’t over-do it

You can get more dwellers by having a radio room, but the chances of actually getting one are few and far between. It’s possible to go an entire day without even getting a single dweller through the radio. However, getting your non-related male and female dwellers in the same room often ends up in a pregnancy. It takes three hours for the child to be born, and three hours for it to become an adult. More dwellers in the vault is very important, so be reproducing often.

There’s a couple things to note about this process: first, pregnant women are able to work, but they cannot fight against disasters, regardless if it’s random or from a rush. Second, children can’t work, but they will eat up resources, so make sure you don’t overload on children. Also, make sure you don’t try to mate two dwellers who are related, because it isn’t going to happen. You can verify this by zooming in on the room they’re in, and if they say “there’s nothing like spending time with family”, you need to switch one of them out.

Be smart when building rooms

Building the same rooms directly next to each other will merge them, but only if they are the same upgrade level. That means you can’t merge a diner with a cafeteria, but you could merge two diners and then upgrade the larger building to a cafeteria. You can merge any type of room, and this will increase the amount of production the room is capable of yielding. Also, two rooms merged together will be able to hold 4 workers. It is possible to merge up to three rooms, but the production doesn’t seem to be as effective as two.

This is simple, before building a new room, make sure all of your other rooms of that same type are fully upgraded. By upgrading a room, you increase production without having to assign another dweller to the room, which is an obvious win/win situation.

Even though having dwellers work in a room that requires their highest stat may be the most efficient way to do things, it isn’t always the right answer. There may be times where your food supply is running low, and you’ll need to swap out someone who had high agility and perception from the water plant to work in the diner. As you get more acquainted with the game this becomes a lot more natural, and with enough proper dweller training it can become a non-issue eventually.

Fending off attackers and random disasters

Bandits will randomly try to raid your vault, which can be really annoying, but they’re relatively easy to deal with if you are prepared. First of all, always make sure to have a couple stimpacks on hand, then, as soon as you see the bandits coming, send two dwellers that are geared for combat into the vault door room.

They’ll fight for a short while, and then the bandits will move into the next room — immediately follow them with your combat geared dwellers and remove the other room inhabitants to continue fighting. Another way to be prepared, is to make sure everyone in a room close to the vault door is equipped with a weapon and armor. That way, you really don’t even have to worry about bandits because your dwellers should be able to fend them off with ease.

Disasters are easy to deal with if you can get to them quickly, otherwise they spread to multiple rooms. Try not to have a more than one vacant room between dwellers, so they can quickly put out a fire or kill roaches before they spread if they show up in a vacant room.

When and when not to rush

Rushing can be a great way to pump out resources quickly when you’re in a bind, but it can also backfire if you’re not careful. Check everyone’s health prior to attempting a rush, if they’re all full and nobody has radiation, go ahead — providing the rush chance of disaster is under 50%. You can also move dwellers with a high luck skill into the room to decrease the chance of disaster when rushing. The percentage increases with each attempt, and decreases as time goes by, so keep note of this.

If you only open the game every five minutes and collect resources, you won’t run into random disasters or invasions, but still get the goods.

There’s a bug that puts a permanent HP bar above dwellers heads, and another that causes a pregnant woman to become un-movable right after she becomes pregnant. Double tap home, swipe the game to close it, and then re-open and the bugs will be gone.