CivCrafter was recently released, and has been met with some very solid reviews right off the bat, including one right here on Pocketmeta. Below, we’ve got several useful tips for you if you’re having trouble getting your civilization up and running in Naquatic’s latest clicker game, or just trying to find any way to increase your efficiency. Between managing all of your resources, constructing living environments, and trying to assemble an army — it’s safe to say your hands may be a little full, which is why we’re here to help.

Tip #1: Always add to your population

When you are first starting out, it’s definitely a bit intimidating to see all of these different things you could be doing, and it can make you feel a bit lost. One rule of thumb I’d tell anyone who is just starting out in the game, is to make sure you are constantly creating new citizens to add to your population. This carries over into always making sure your max population has room to add more citizens (build tents, houses, mansions ,etc), and that you have enough room to fit them (win battles to claim more territory).

Regardless of what you have to do to make sure it happens, you need to always have that population count increasing, because that’s what will help you in all other aspects of the game. Fortunately, it becomes very easy to build a thousand tents, huts, and houses to drastically increase max population. On the other hand it becomes very time consuming to fill that population when you can only make 1,000 citizens every 10 minutes without single tapping.

Building barns, sheds, and basins can be done at the cost of a small amount of wood, and should be done regularly. If you aren’t reaching storage caps then it isn’t as big of an issue, but as soon as you start seeing red up top, you should start adding more storage. You can make it very passive and just create 1,000 of each every couple of hours, or if you have less resources to work with, just make 100 every 10-15 minutes. Wood is not a very vital resource, so don’t worry about depleting it.

If you have any research projects are are sitting dormant, your number one priority should be to get that research in action. Obviously it will be different resources required based on what projects are available, but this is a good reason to keep a healthy stock of each resource readily available. These research projects are a major part of progressing in the game, and they take longer than everything else, so the sooner you can get them started the better. 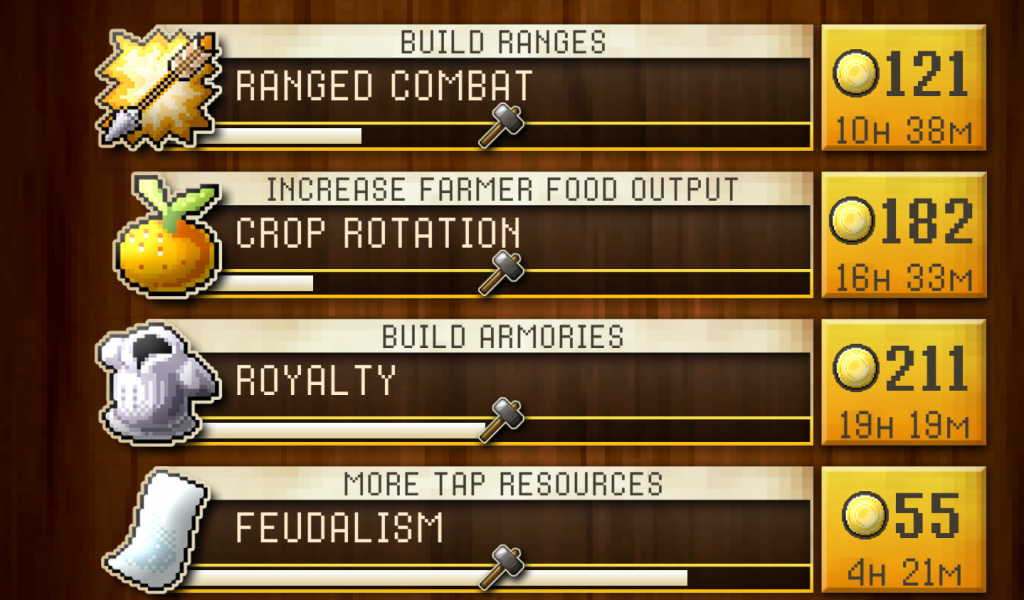 There are two things that can randomly happen that would have a pretty negative outcome if you aren’t prepared. First of all, there’s the random invasions, which can completely wipe out your army if it isn’t strong enough. Although it may be tempting to swap some soldiers for some miners to pump out some more resources, that would all go to waste if you were raided and lost even more resources than you were able to acquire in that amount of time.

Healers are also very important to have readily available, even if they aren’t doing anything most of the time. Your workers will definitely get sick quite frequently, and you want to get them back in production as quickly as possible so you don’t start losing food and citizens can’t eat.

I know we just said to keep Healers and Militia ready, but feel free to swap out your other workers as needed — especially farmers, loggers, miners, tanners, and blacksmiths. Whenever you see one resource that is very low in comparison, take some workers off of producing resources you already have a lot of, and switch them over to the low resource.

Got a resource that is depleted, or trying to earn a few more trophies to climb the leaderboard? You can choose the previous battle mission (the one you most recently completed) and you’ll get one trophy for winning, as well as a ton of resources. This is definitely the easiest way to stock up on things like ore, skins, etc, and you should take advantage of it. 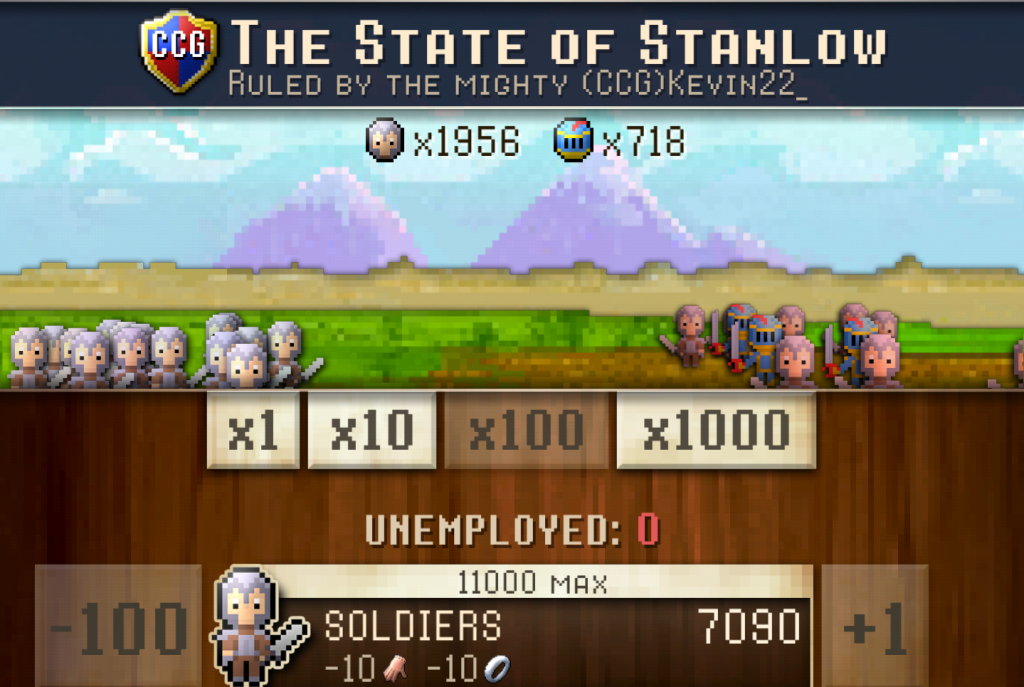 Make sure that your army is stronger than it was when you first completed the mission though, as there’s a chance you could end up fighting an even tougher army than you did before. Having your army wiped out is one of the most detrimental things that can happen, and it will really set you back — so just be absolutely sure you’ll win a fight before you start it.

Every tap you make will also give you experience points to level up with, and leveling up gives you free gold. Unfortunately, you don’t get 1,000 taps worth of experience for tapping one time to build 1,000 houses. Because of this, you should spend any downtime on building things with single taps to get more experience.

Whenever you see a resource with a low quantity, try to remedy that situation as soon as you can. Use some of the previous tips, such as doing easier battles and swapping your workers around. The reason it’s important to have a lot of every resource is because eventually you’ll start building a wonder, which uses all resources at different times — so it’s just a lot more convenient when you don’t need to take time a farm certain resources when they are required.

As long as you have a good supply of food, you should make sure your food production is close to even. You can easily pump out a ton of food by moving all of your workers to it (more-so than other resources) for a short amount of time. When you’re up in the hundreds of thousands, it’s even fine to keep your food production at a slight negative, again, because it’s so quick and easy to replenish.

I always like to give some tips on spending your premium currency in any freemium game, but in CivCrafter, I ended up just sitting on most of my gold. It doesn’t buy you anything that can’t be simply waited for instead, so I haven’t found a good reason to spend the little amount of gold received for free. For those who purchased gold, I’d recommend spending it on speeding up citizen creation. You can make 25,000 citizens almost instantly for 100 gold. This is the thing I spend the most time actively waiting for, so it would make sense to use gold on it.