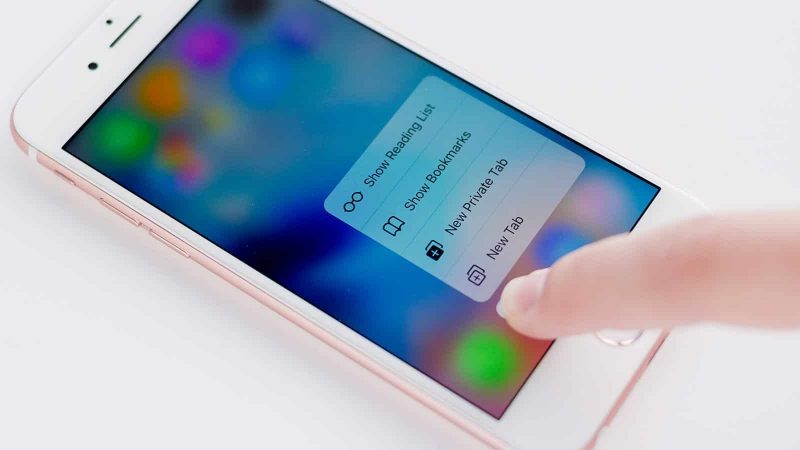 The iPhone 6S and 6S Plus bring a cool new feature called 3D Touch, which makes interacting with apps – as far as common actions are concerned – much faster and easier. One does simply have to tap on an app’s home screen icon with a bit of extra pressure to be offered a menu with Quick Actions.

Of course these actions are related to the app in question and what’s available via 3D Touch is in fact the developer’s choice. Speaking of, since this feature is rather new, a vast number of apps don’t support it yet, but in this post we’ll talk about those which already have this functionality and are widely used – surely you have some of them on your phone already.

Go to your phone’s Settings -> General -> Accesibility -> 3D Touch to access the feature’s settings and options. Here you can toggle it on/off but there’s also a slider which lets you change the sensitivity of 3D Touch.

We can’t recommend a particular sensitivity setting since it depends very much on how you’re performing touch-gestures. Just keep in mind the Light sensitivity lets you interact faster with this feature, while the Firm option will require you add more pressure when pressing to prevent accidental 3D Touch actions. 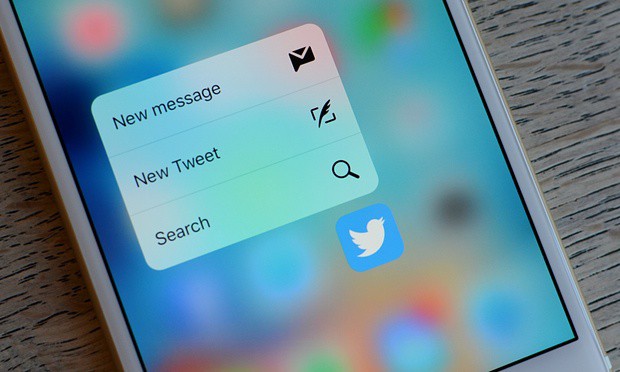 I’m sure the Twitter app needs no introduction, but you should know it was among the first third-party apps to add 3D Touch support. The related options let you start a new tweet, send a message or search through your feed. 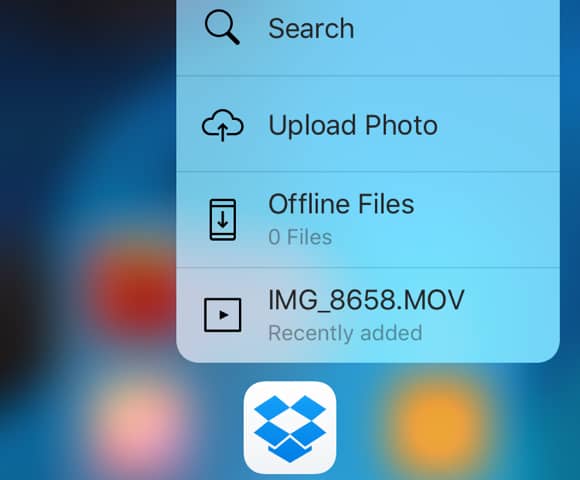 The iOS app for the popular cloud storage service offers a handy set of Quick Action shortcuts which you can access from the app’s icon on the Home Screen. From there, you can start a file search, Dropbox photo upload and view offline and recently added files.

Moreover, you can use 3D Touch inside the app – a light press on a folder’s icon lets you peek at its contents and the same action performed on a file name offers a preview of it. Going from the preview into the full file or folder is done by pressing a bit harder. 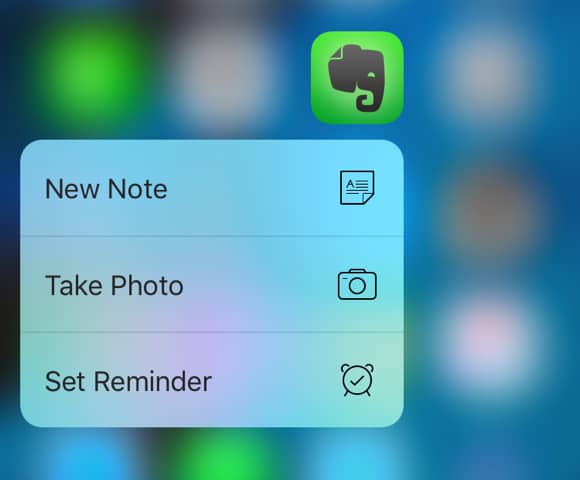 With 3D Touch you can open up a new note, take a photo or set a reminder directly from Evernote’s Quick Actions panel. However, 3D Touch is also available inside the app, which facilitates previewing notes and peeking into links. 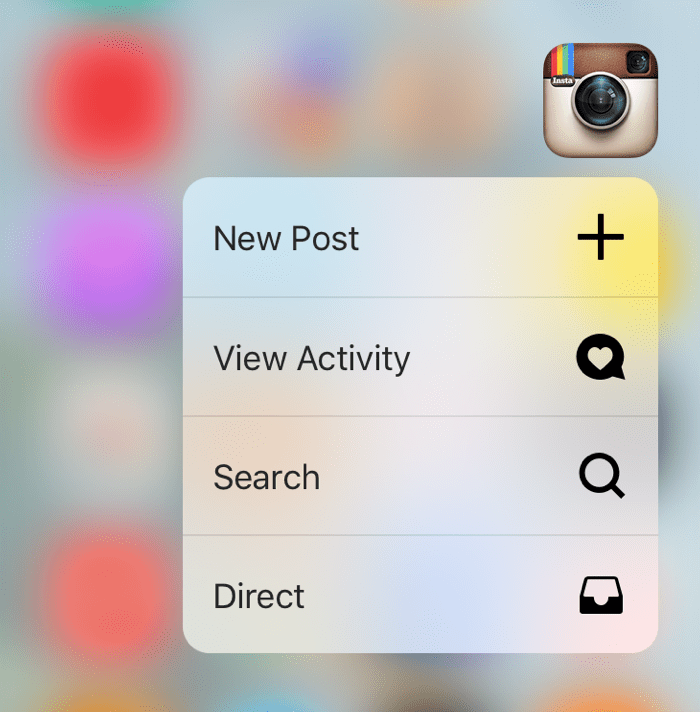 As you can see Instagram’s Quick Actions menu is quite generous. There are many things the app lets you do from the Home Screen using 3D Touch, specifically starting a new post, viewing your activity and notifications, search for images and send a photo message.

You can also light press profile links to get a Peek preview of the user profile and lift up from a Peek lets you follow a user or like a photo. 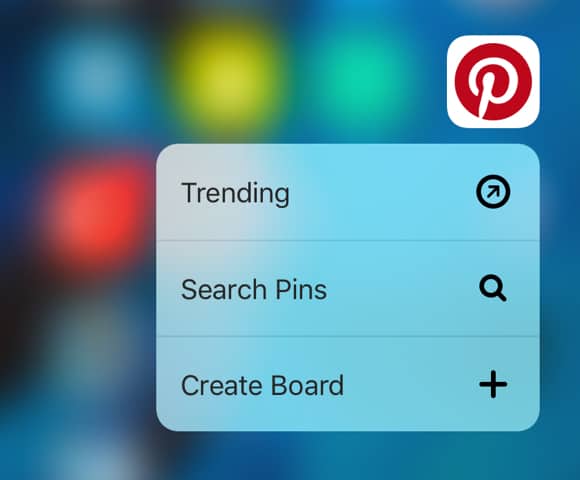 The Pinterest app lets you view trending Pins, search Pins and create a new board from the Home Screen icon. However, you can also ‘Peek’ and ‘Pop’ into pins inside the app, thanks to the 3D Touch feature. 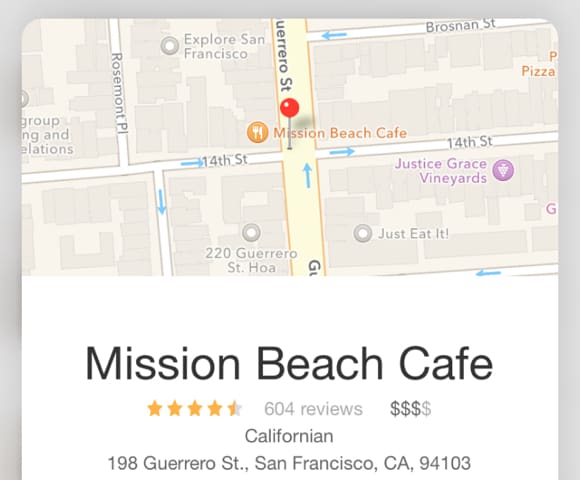 OpenTable is another popular app that’s even more functional now thanks to its support for 3D Touch. From the app’s Home Screen icon you can quickly access your favorite restaurants. Also, you can use 3D Touch on listings as you’re scrolling through restaurants to show the location on a map and select a reservation. 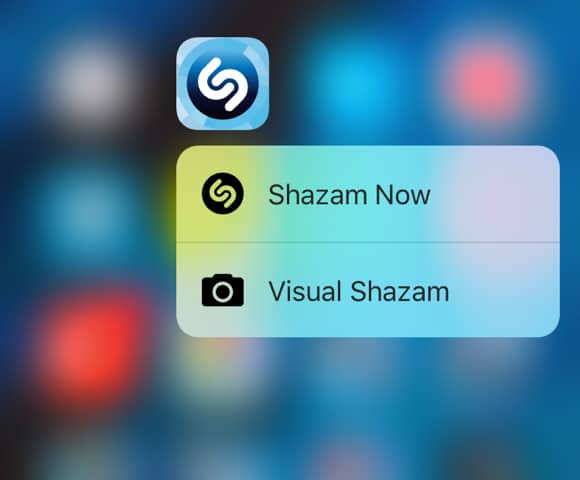 It’s much easier to search for songs in Shazam right now, as you can do that directly from the Quick Actions panel on your iPhone 6S or 6S Plus. You can either make Shazam start listening or take a photo as to recognize the song visually by deep pressing the app’s Home Screen icon. 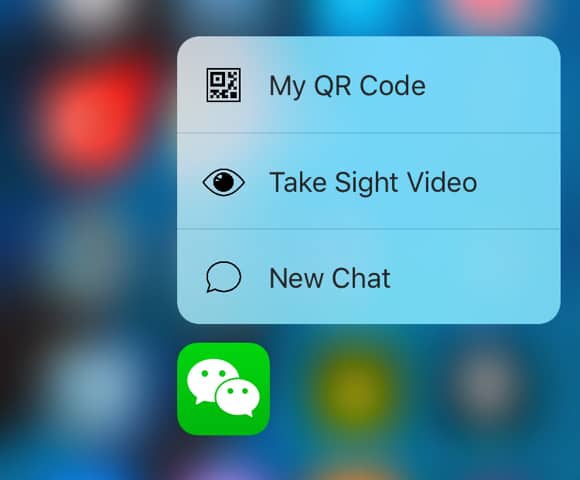 WeChat’s Quick Actions menu includes a few useful actions, particularly the ability to share your QR code to chat with other people, record a video and open up a new chat. 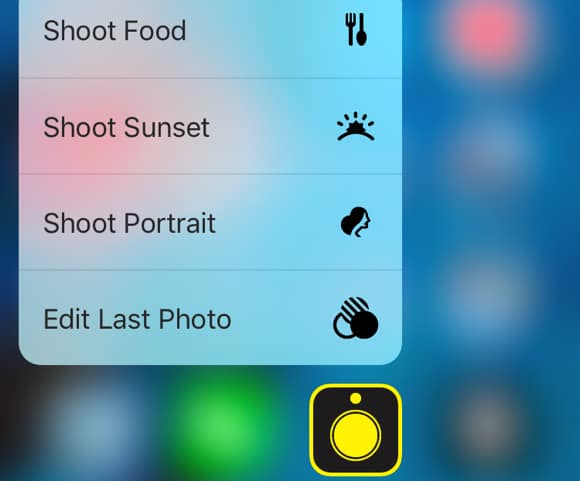 The well known photo app that lets you take and beautify your pics in a gazillion ways now provides 3 shooting modes in the 3D Touch-enabled Quick Actions panel: one to capture the sunset, one for food and another for selfies. Also, you can open the edit window for the last photo you took from the same menu. 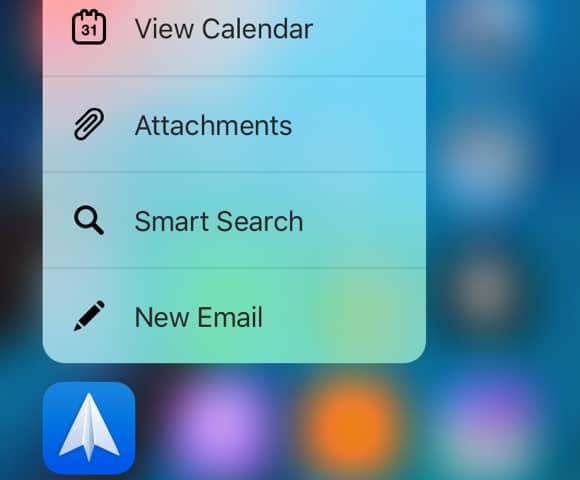 Inside the Spark email app users can now Peek and Pop inbox items. Moreover, its support for 3D Touch brought a number of Quick Actions available via the Home Screen icon and each one is undeniable useful. These will let you take a look at your calendar, view your attachments, search for a message or compose a new email. 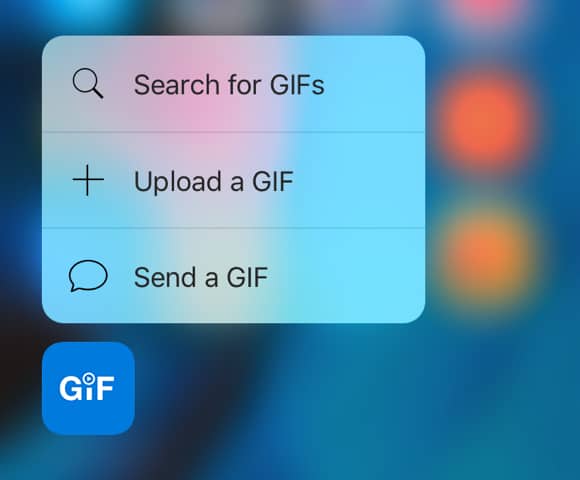 GIF Keyboard lets you use GIFs in conversations just like you would emoticons. I think you can see the appeal here (unless you’re already using it). Now you can search, upload or send GIFs much faster as all of these actions are now 3D Touch-enabled and accessible via the Quick Actions panel.

While we do love third-party apps (on any OS), the stock apps are what you’d call essential and iOS offers 3D Touch support for many of its own. Here they are, along with the Quick Actions each provides.

How are you enjoying 3D Touch ready apps so far ? Do you know other great apps supporting 3D Touch? Share them with us and our readers in the comments section or send us a message on Facebook, Twitter and Google+.