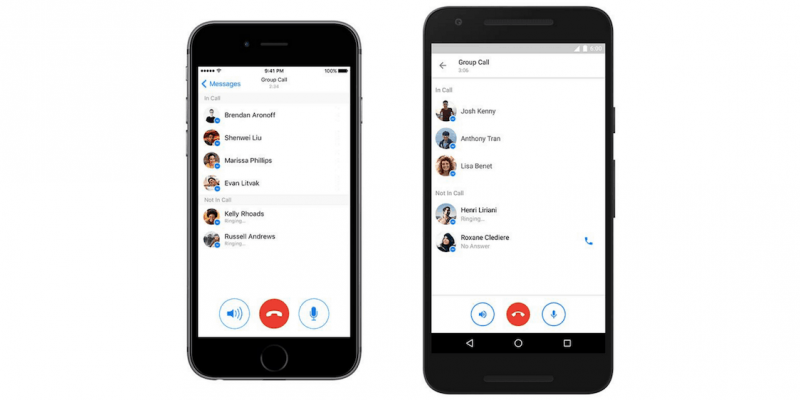 Facebook is continuously improving their Messenger app and for good reason, since the competition is definitely tough. The newest addition to the app is the option to make group voice calls with up to 50 people, at no cost.

The new feature is available on both Android and iOS as part of the latest update and it lets you start a call from any group chat. After you tap the phone icon, Facebook will call all the conversation members and they’ll be added to the group call when they answer. You can also manage all the users participating in the group call on a dedicated screen.

Voice calling is not a new Facebook feature, but the group aspect is. While the Messenger app has no video calling capabilities yet, the company has been working at it and it will probably become available, sometime in the near future.

If you want to try out Messenger’s new group calling, you’ll need to have the latest version of the app, although keep in mind the update may still be rolling out. As a result, you’ll have to wait a bit more if you don’t have group calling activated yet.

There are so many apps that already have group calling, with video as well, and not just voice so this may not be such an exciting news. However, Facebook Messenger is a popular communications app and will surely profit from its new capability, plus many users will appreciate it since they were already having the app installed.