Before any type of new technology can hit the market at complete functionality, it goes through an experimental stage. While not all the modern fruits of Android app development can be considered useful or have a chance to become widely used, it’s exciting to try some new features despite the fact they’re not exactly complete.

Take a look at these interesting, experimental Android apps that will let you play with some awesome visual effects. And the best part, all of them are free and make full use of your device’s built-in sensors and Android APIs. Try them, then get back and let us know which one’s your favorite ! 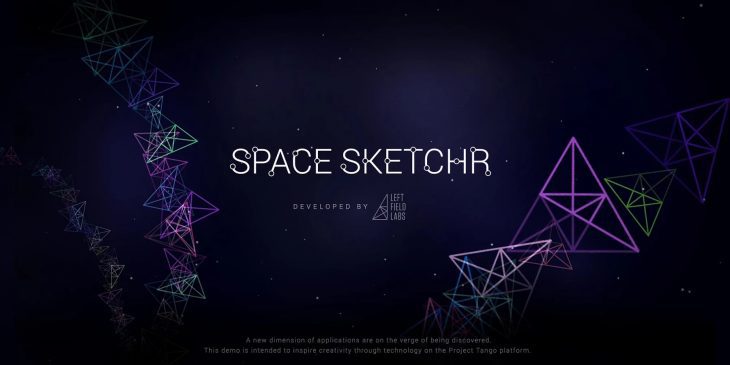 Space Sketchr is a cool demo app that shows a glimpse of Google’s Project Tango technology. This interesting functionality lets mobile devices navigate the physical world like we do.

The app lets you create two-dimensional drawings and transposes them into a 3D environment, allowing you to examine your creations from any angle by simply moving your phone/tablet. It seems Space Sketchr requires a Project Tango device for it to be used at its full potential, but we don’t have one and still had plenty of fun with the app. Ink Space is somewhat similar to Space Sketchr – it’s also a drawing app, and this one uses the accelerometer of your device to move your drawings into 3D. All you have to do is draw something – it can be just random shapes – then tilt your phone in any direction to change the perspective, and if you want to, keep drawing some new stuff in the 3D environment.

Also, it lets you create an animated, pulsing line that continuously redraws itself and even record it as a GIF. It’s a unique experience for us grownups (especially if you’re an artist looking for new ways to express your creativity), but I’m pretty sure kids would have a blast with this one. 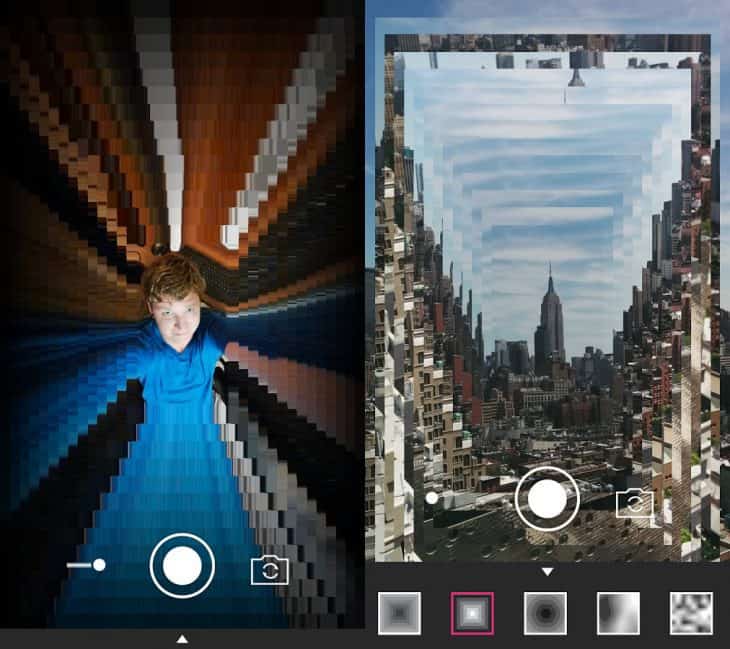 If you’re up to see the world surrounding you in a whole new way, Tunnel Vision offers that. The app lets you record videos and takes them through various filters that will certainly make them look trippy.

There’s a limited number of filters available but you can tweak each one by pinching and panning. 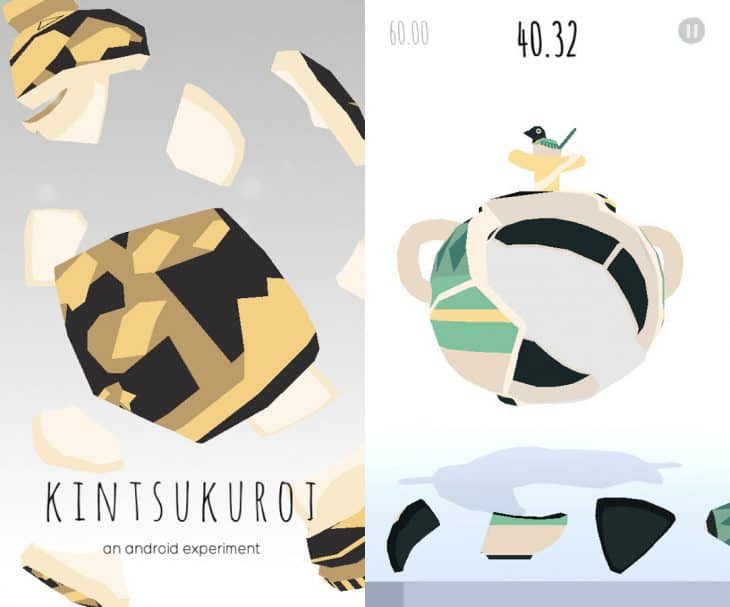 Kintsukuroi is a Japanese practice of repairing broken ceramics in a way that preserve’s the object’s history and doesn’t try to disguise the breakage. The same-named game uses the concept to offer you a unique puzzle where you can test your pottery-fixing skills.

It’s a relaxing and casual game in which you can enjoy original music over 20 different levels and 2 game modes. 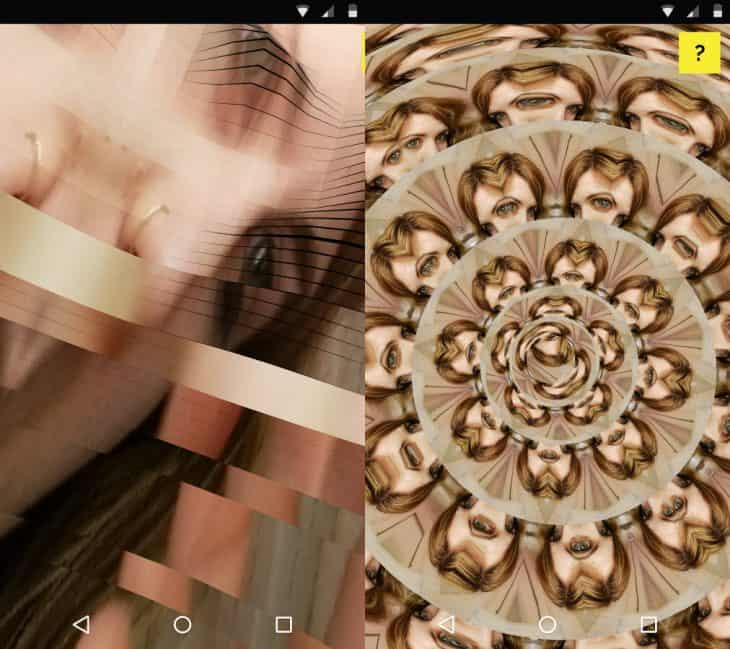 This app is a non-lethal way of making one-of-a-kind selfies (let’s not forget those people who managed to die while taking selfies in totally inappropriate moments or places). Selfie X Selfie can apply filters on your selfies turning them into some sort of surreal ego-filled environment.

It uses the camera, motions sensors and graphics hardware of your devices to create a reactive 3D environment based on the photos you take. Moving the phone, or yourself will change the selfie hyperspace, stretching, multiplying, echoing and ripping it apart.