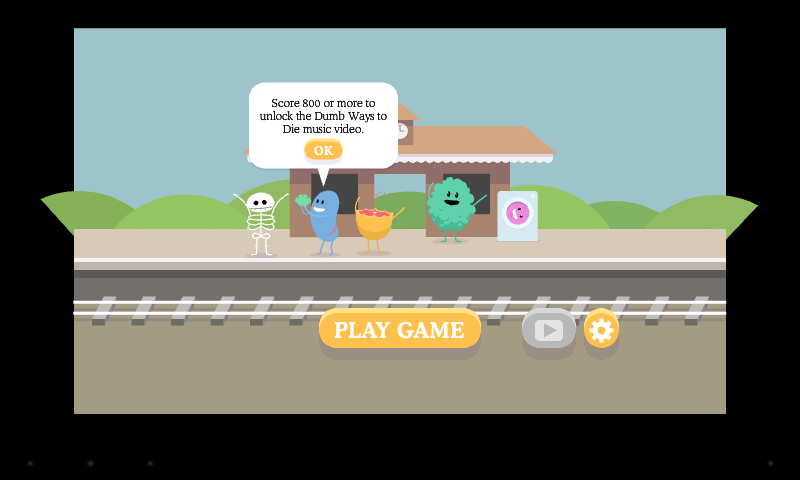 At first, I was not sure if it’s my kind of game. To make my doubts clear – I dislike violent games, bloody games, destructive, perverted or pessimistic, which doesn’t mean I don’t indulge in some of them for the sake of knowing what they offer that everyone else admires. However, Dumb Ways To Die does make a valid point in its fantasy or mild realistic violence.

Metro Trains is an Australian developer specializing in metro and public transportation apps, but Dumb Ways To Die is certainly its most downloaded and praised title. The game advocates rail safety, and basically common sense in dealing with all sorts of potentially hazardous things – wasps, piranhas, toasters, strangers, and of course, subway trains.

The game is a reflex tester in its core, for most of the time you play against the clock, and have to perform short but challenging and fun tasks, such as covering private parts when around hungry piranhas, or running fast from fire, or taking out the fork from a toaster with outmost precision not to get electrocuted. Can you play it with kids? It’s up to you for it could be a fun way to teach them to be careful with electricity; or not to let strangers inside the house or be too reckless around them; or take care not to poke a bear, a nest of wasps or a snake; or not to eat glue; and be patient while waiting for the train or when crossing levels in the subway. After all, things adults consider dumb may seem attractive to kids.

When the characters die, the dying scenes are explicit but cartoonish. The characters looks like funny fruit-like critters, so when they get smashed, or shot, or cut, they look like shot or cut fruit.

There are plenty of fast-paced, dumb but adorable mini-games that will have you entertained at absolutely no cost. The game supports many languages, including Chinese, Japanese and Korean. 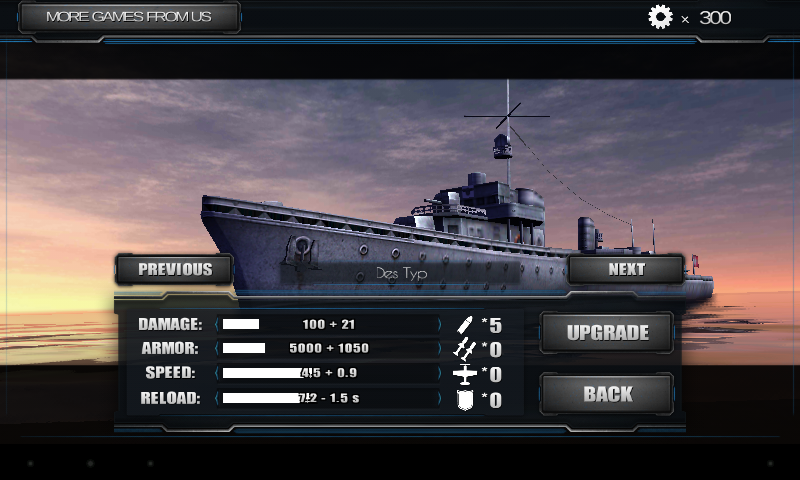 The game’s title used to be BattleShips, and if you are in for a spectacular navy fight, try out this free arcade. These ships might defy physics, sailing at 150 mph or maneuvering on a tiny spot of ocean, but the graphics are polished, and the game-play is accessible enough for everyone to pick up and play.

Set in the middle of the 20th century, this naval warship obviously refers to the World War II high seas battles. You are in command of a somewhat outdated and not the speediest of them all naval vessels, but too much is at stake, so you have to fight the enemy vessels and aircraft, or die trying.

As you fight and collect points, you can upgrade some characteristics or wait till you have more in-game cash on your hands and buy a better ship. The hangar is full of military ships, each with its strengths and specific purpose. Some vessels are legendary while others are modern and powerful, with quite realistic but nonetheless arcade-ish physics and mix of firepower, armor, speed and endurance. 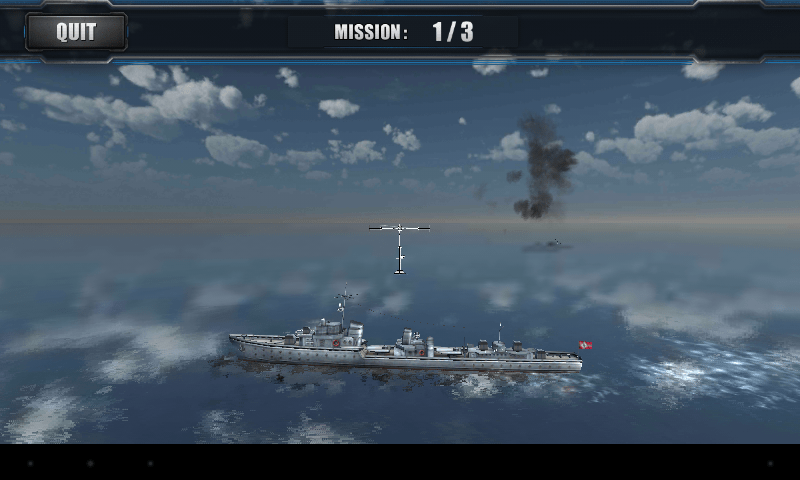 Now, controls aren’t the most responsive we have seen in games of this genre, but once you sort them out you will be able to take down the enemy fleet. Aiming is not overly simple, but considering it’s the only challenge here, it might be quite enjoyable and rewarding. As they say, the game is ‘easy to learn but hard to master.’ 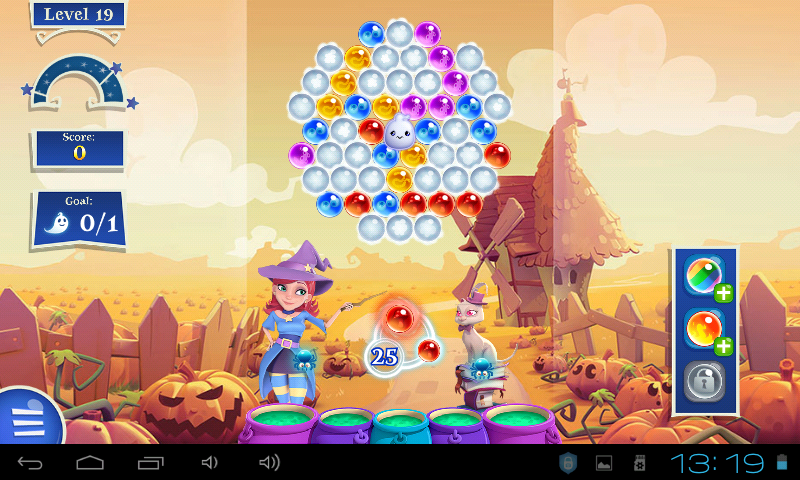 King is famous for highly addictive sagas like Candy Crush, Farm Heroes, Papa Pear and Bubble Witch, and we suggest you try out the latter in its second installment. Bubble Witch Saga 2 follows the same line – match the bubbles of the same color by shooting them with more bubbles. The challenges differ – sometimes you have to clear the top, sometimes free an animal or a ghost trapped inside the bubbles.

I have no idea why these games are so addicting, certainly not for the premise. It must be the combination of good looking graphics, rewarding game-play anyone can master, and the ‘bubblific’ popping sounds that accompany the action.

Some users complain about the in-app purchases, and as usual with the King’s games, the further you advance, the more impossible it seems to beat the game. If you are absolutely against spending real cash on the game, you are looking at approximately 50 levels of increasingly challenging and colorful fun. Personally, I see no point complaining about it – the game looks and plays great, so why not take advantage of the free offer? 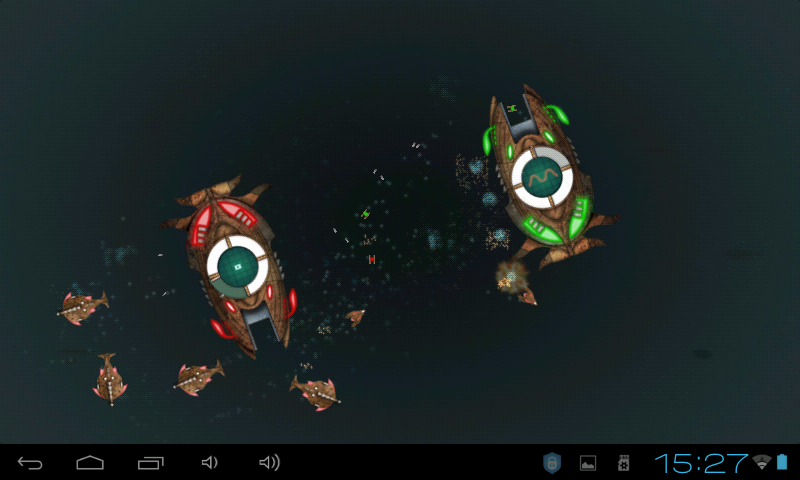 Up to four players can fight in this good-looking one-touch strategy underwater fight. I have no idea why it’s listed as puzzle, or it feels like a slo-mo strategy arcade to me.

You have four underwater sci-fi looking ships to choose from, and you can play against AI. Take care to follow the instructions the first time you play not to get misled, for the controls and physics here are quite unique.

If there are two players, you have your own dedicated area on screen where you can tap. On your ship, you will see a clock, or a radial menu with a needle. The main ship is a factory that can produce four types of other ships: fighter, bomber, frigate and upgrade the mother ship. Now, you play by long-tapping on your play area and watching as the needle on the radial menu moves from zero to one of the four options – produce a fighter, bomber or frigate, or upgrade the mother ship. That’s it.

The challenge here is to beat the opponent, and it’s really tough to beat the AI, which knows how to shoot you down. The needle doesn’t move fast, and your mother ship needs to restore energy in order to produce ships, so the game-play is rather fast until you come up with a strategy of your own.

The ships you produce start fighting automatically, and if they manage to take down the opponent – you win. It is really simple to play, but annoyingly difficult to win, so if you enjoy the graphics and the challenge, you will spend some good time with Pax Britannica. Truth be told, the game deserves more attention from the developer for it has an immense potential, and it deserves players’ attention, but the lack of some features and depth of the game-play mechanics makes it feel a bit raw, but nevertheless interesting and worthwhile. 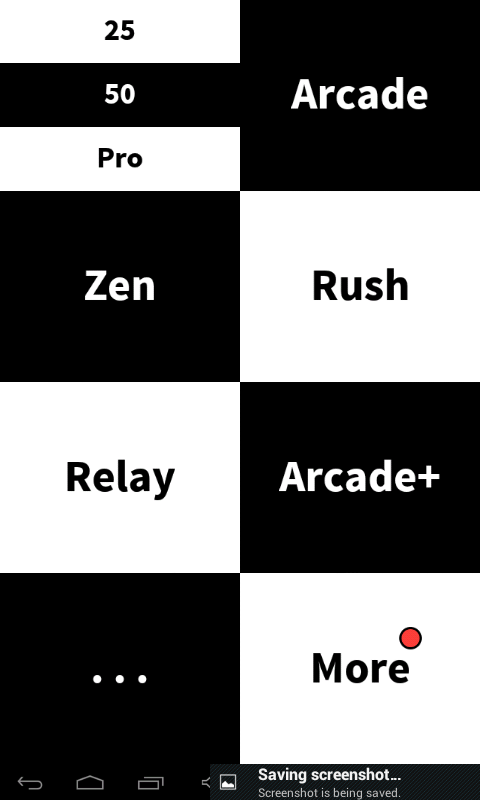 A very enjoyable and relaxing game, which is also surprisingly addicting, Piano Tiles (Don’t Tap The White Tile) will take your reflexes to extreme testing, at the same time allowing you to enjoy some of the best of the classical music.

There are a few dozens of Piano Tiles games on both Google Play and iTunes, but this one rightfully deserves praise for the number of game modes, UI customization and the very beauty of the game-play.

Choose one of the numerous play modes and start producing beautiful music as you tap the screen, but don’t touch the white tiles because if you do – game over. Some modes will have you tapping as fast as you can while others let you take your own pace and tap with intervals to make the music sound right. Whichever game mode you choose, there are plenty of challenges, and piano soundtracks for you to play.

As easy as it sounds, when you start competing with yourself or your friends on how fast you can get, you get totally hooked. Likewise, if you’re the kind of player who enjoys fine arcade elements mixed with real art, you won’t want to part with it, even if you only play occasionally.