Google Play is abundant in games for users of all ages, which makes it really hard to pick a good game, especially a free one. According to a recent study, users tend to play the free games for a couple of rounds and uninstall them shortly thereafter since a great majority of free games are built to snatch you out of money via in-app purchase, while the rest are plain bad.

Nonetheless, there are great free games for both kids and adults, and sometimes it just takes time to discover the hidden and sometimes underrated gems in the loads of apps junk. The following is a short selection of free games that help you kill some 20 minutes on your way home and provide entertainment. One important feature I’d like to point out here is none of the below-mentioned games include violence, guns or any sort of aggression. I know it matters for many users, especially those who choose games for their kids, as well as those who see enough violence in work and on TV to want more aggression on mobile. Let’s get started. 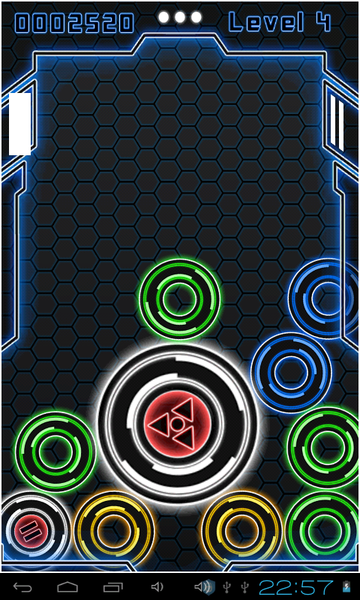 This good-looking futuristic Tetris is a very successful Google Play title where you get to link three or more disks of the same color. It is easy to play; it looks visually gorgeous; it is addictive and entertaining – what else can you want from a mobile game? Don’t get misled by the few negative reviews on Google Play, but read the game description instead. Apparently, there was an issue with the latest game update that made a trouble with lost in-app purchases. The bug has a simple workaround, but anyway, if you download it for the first time you won’t face any glitches here.

The game has two modes – Classic and Arcade, the latter is offered free of charge with a limited number of disks, though. I played the Classic mode, and it’s a great time killer for those instances when you have to commute. Those of you who love the Tron-like graphics will surely appreciate the HD sci-fi visuals and neat, engaging sound effects. Of course, the pace gets more frantic as you proceed.

You earn atoms as you progress, and eventually you can unlock some cool perks and a Fusion mode that offers a ‘psychedelic’ experience. The game is a real occasional treat, and after playing it on many instances for the past two weeks, I am definitely keeping it.

Photon is a great lightweight game with superb graphics. As non-pretentious as it seems, it is really difficult to put down. The futuristic Tron-styled visuals are finely complemented with an engaging soundtrack and sound effects, so it is actually very immersing and atmospheric. I didn’t use the tilt feature, though.

What makes Photon stand out from the gazillions of free Tetris-like games on Google Play is it’s not a one-timer. Not only will you want to keep it as a neat time killer, but you might want to look forward to get back to it. 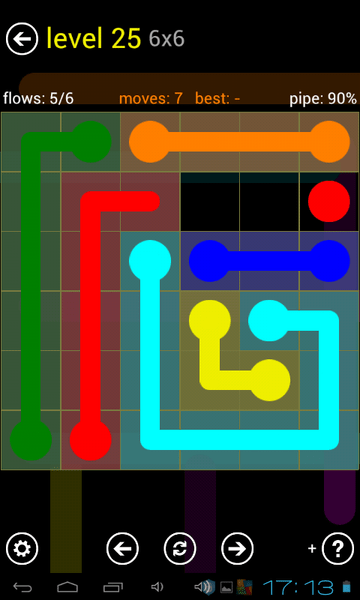 Flow Free is a great flow game, and you will know it’s great when you go to sleep, close your eyes and continue connecting colorful dots on your ‘inner vision’ screen.

As simple as it is, it is also very addictive and increasingly challenging. You get to connect two dots of the same color to create pipes that would let the water flow. Not only you have to connect all dots, but you also need to cover all the board without crossing the pipes. The game features over a thousand puzzle boards with increasing difficulty. Additionally, you can play in a time trial mode against the clock. The game can be both frantic and relaxing, depending on how you like it, which gives one more point in favor of it.

Until then, Flow Free is one of the go-to time killers on Google Play market. 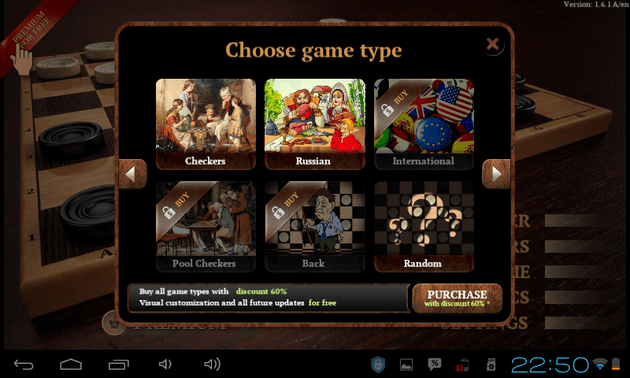 This is by far my top choice on the list. Checkers Elite is an awesome selection of checkers games, or draughts. It’s internationally popular because it’s one of the oldest board games in the world, and nearly every nation has its own variation of the game. The rules may differ depending on the game’s version, but they are all basically simple, and if you don’t know them – just choose the Newbie difficulty level and the game will show you where you can move, as well as suggest how you should move to gobble up more of your opponent’s checkers.

The game features 13 types of checkers from English draughts to Russian, Thai, Turkish, Brazilian and International, as well as blind and random, and Elvista developers seem to be very active in updating the game, so more checkers types are yet to come. Some game types are available by default free of charge while others are on offer via in-app purchases.

Network play is also available for Russian checkers game, as of now. Also, you can play versus the machine or your friends on the same device. Also, an ‘undo’ function is available, too, although it’s no fun if you indulge yourself in it, voiding the game of all spice. 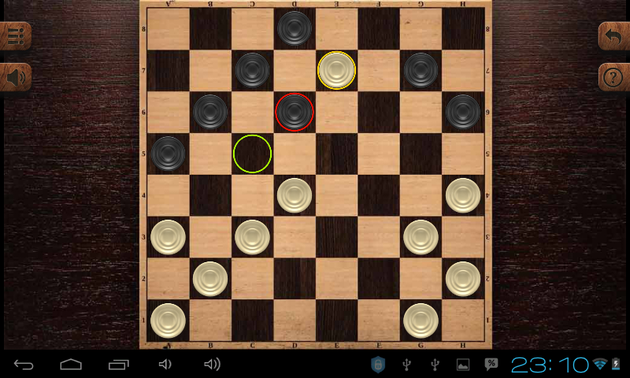 Checkers Elite is one of the top 5 games in the Checkers category on Google Play for a good reason it’s versatile, addictive, both easy and challenging. The UI and game options are ample for a newbie and an advanced player, and you can enjoy yourself on your own or join the online community and compete against someone else. 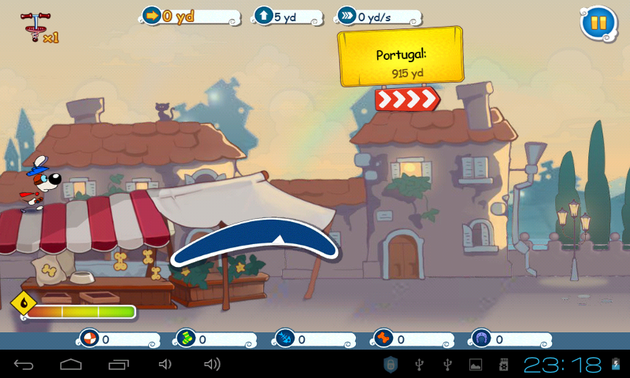 This title by Alawar is a great time killer for both kids and adults – nicely drawn cartoon graphics, a charming protagonist and an easy yet challenging gameplay. Zeus is a little cute dog whose family moved to New Zealand, leaving him behind by mistake, pretty much like in Home Alone they leave him in the airport. Zeus is not giving up, though, so he takes on a journey of danger to catch up with his family. He builds a glider with a small engine and a limited amount of fuel, so he needs to use it wisely to accelerate and glide the rest of the time.

You only have one control button to make the engine work so the dog can gain some speed. Zeus travels along several parts of the world and the journey is both funny and dangerous. There are power ups and traps all along the way. At some point, Zeus encounters birds who rate his performance.

You collect bonuses and aircraft upgrades as you progress, but the in-app purchase system requires you buy more levels. Nevertheless, there are three sets available for free, so you can enjoy a fine glider game when you need to kill some time.

Alawar is a stellar developer and Fly, Zeus, Fly! is just one of the many fine entries in their portfolio. The game is colorful, addictive and fun, a perfect time killer for gamers of all ages. Finely drawn graphics and intense flying action will keep you entertained whenever you have a free minute to kill. 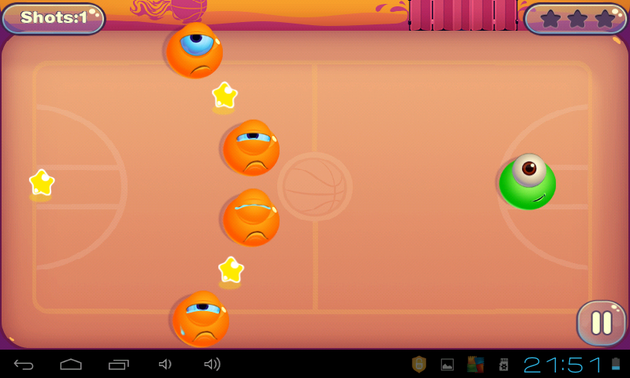 This game is an absolute delight in its brightness and simplicity, yet it will make you huff and puff as you progress to more difficult levels.

You’re on the planet of Happy Land where funny jelly monsters live. The happy monster, Dragger, is green, while the rest are sad, or depressed, or paranoid, or utterly evil. You have to hit the sad monsters with the happy one to propagate happiness on the planet, scoring stars. The complexity of the game is you fail unless you hit all sad or angry monsters on screen, so the Evily prevails. It’s somewhat reminiscent of Angry Birds in a way that you must think trajectory before you jump, but here you get no hints and trajectory suggestions.

The Dragger HD game is both entertaining and challenging. A perfect time killer, it has cute graphics, fun and mind-bending gameplay and no violent elements. Pause the game and get surprised to see Dragger take a cup of tea or sit on top of the pause button. By the way, it might be yet another challenge to make him move so that you can un-pause the game. All things considered, it’s a nice little treat for your overloaded brain.