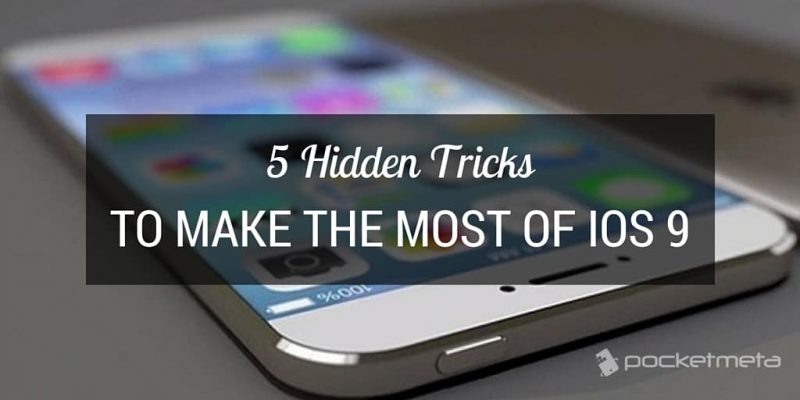 Typically, Android users are the ones that enjoy tinkering with their phones the most, but even the almost ermetic iOS ecosystem has it’s own hidden tricks. If you’re not a heavy smartphone or tablet user you might not see much value in these tweaks, but otherwise they can make life a whole lot easier.

While the features I’m going to detail below are not difficult to use, they either not easy to spot or offered by an app. Pro or not, take a look at the iOS 9 tips below if you heavily rely on your iDevices.

The iOS keyboard has a minimalist layout but when you think some sort of character or symbol isn’t there, think again. There are actually a lot of symbols in the stock keyboard, but they can be accessed by holding down various keys.

For example, if you press and hold the dot (.) key you get access to popular domain extensions (.com, .org, .net, .us, .edu). If you press and hold the dollar ($) sign you get a list of other common currencies and long pressing on a punctuation key you can access various alternatives. Of course, there are more symbols bundled in the stock iOS keyboard so feel free to explore.

Dim the screen below minimum brightness

iOS 9.3 is set to bring a lot of goodies and a nighttime mode that dims the screen and filters blue light is one of them. However, right now even the minimum brightness level of your iPhone’s screen may be too harsh on the eyes in a dark room.

It doesn’t mean there’s nothing you can do about it – I wrote about a clever trick that lets you reduce the brightness of your iPhone’s screen below minimum with no need for a third-party app. Check out the full guide here. 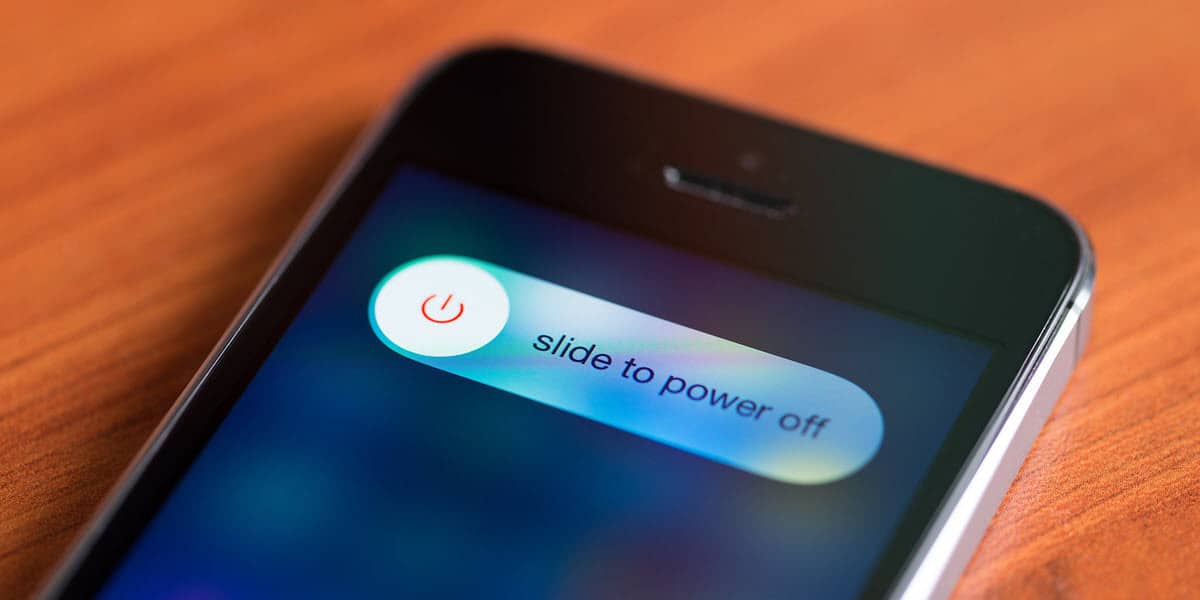 Flushing your iPhone’s memory is the lazy man’s solution (instead of restarting the device) for whenever apps freeze, crash or behave in other weird ways. It’s not something you should use frequently (this feature was never advertised or recommended by Apple) but it does work when you really need your phone on at all times and can’t afford a system reboot.

To purge your iPhone’s RAM all you have to do is hold the power button until the “Slide to power off” screen appears then let go and press and hold the home button. Keep the home button pressed for a few seconds and your device will return to the home screen. This means the RAM was emptied out. Just keep in mind this trick only works when your phone is unlocked, otherwise it will just launch Siri. Plus you can use it for your iPad or iPod as well. Read our guide for complete info.

I’m pretty sure there must be other apps that are even more resource and data hungry than the Facebook app is, but none of them are so popular. Many smartphone users have stopped using it for the reasons mentioned above.

The easiest alternative would be to simply start using the Facebook website. For easy access you can open facebook.com in Safari, access the sharing options and select “Add to Home Screen” to create a shortcut. 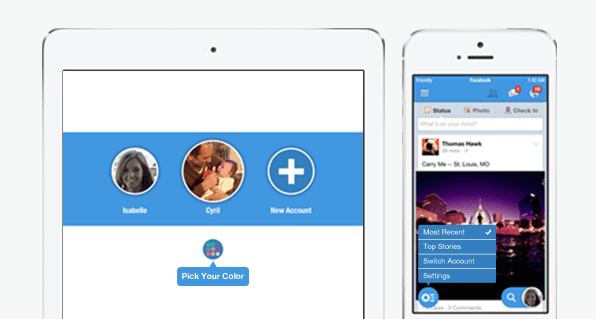 Since using the web version of Facebook won’t send you any notifications you can either opt to enable them via email (from your Facebook account settings) or use a cool third-party app such as Friendly for Facebook.

This is a lighter, less resource-hungry and free alternative to the Facebook app with functional notifications, multi-account support, passcode lock and other useful features. On top of that it also bundles Messenger (so you can get rid of that app as well) and Instagram.

If you’re experiencing issues with the App Store there’s a simple solution that may prevent the need to exit the app from the app switcher or rebooting your device. You can clear the App Store’s cache by tapping 10 times in rapid succession on the navigation bar located at the bottom of the screen. 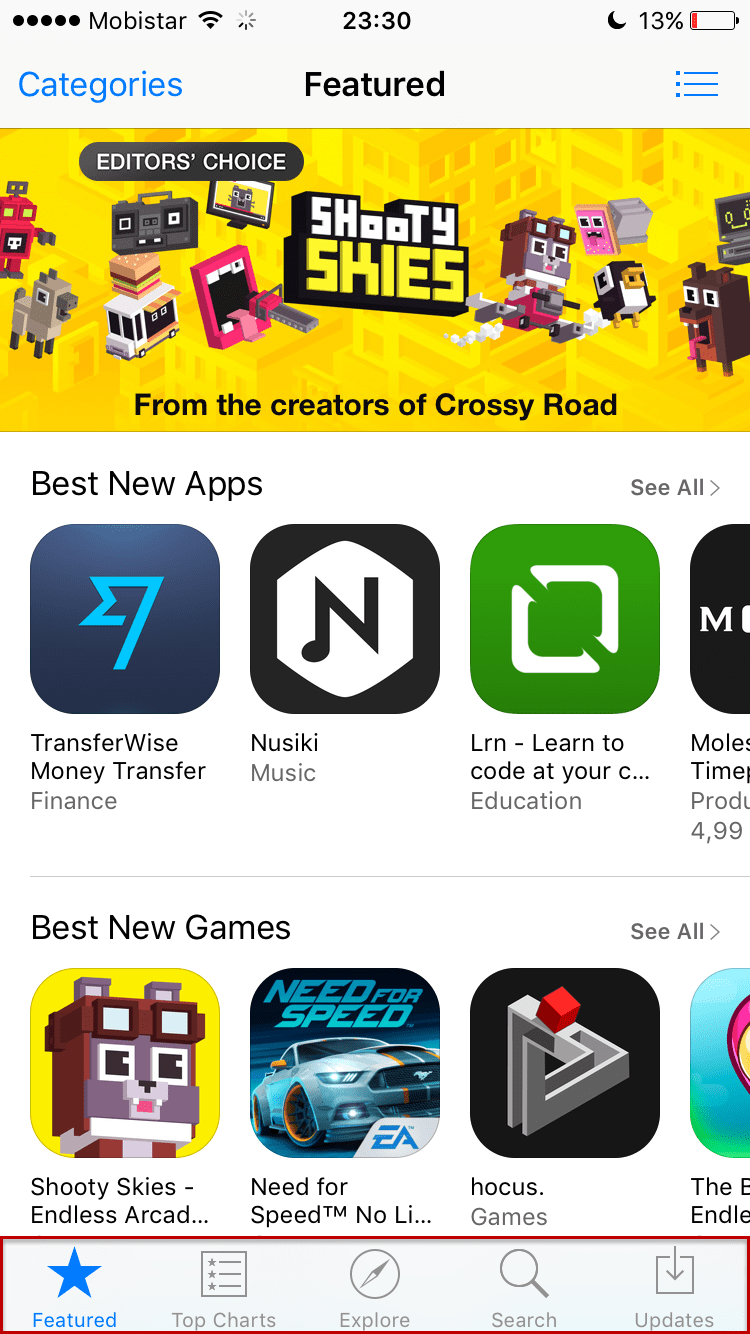 Then, the screen will go blank for a moment and re-load all the content. This may not be as fast as exiting the app and re-opening it but the tapping sure feels therapeutic. And it works!

If you know other hidden iOS 9 tricks share them with us in the comments section below or drop us a line on Facebook, Twitter or Google+.