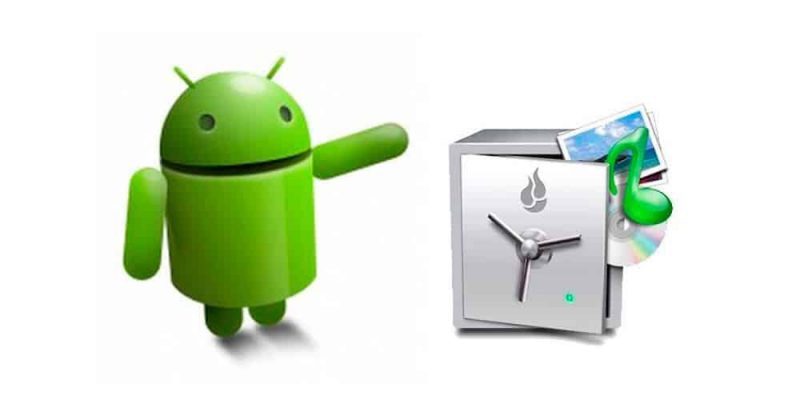 While losing your entire contacts list and SMS logs can be a painful experience, phones are not just phones anymore. Pretty much anything you can store on a computer can also be stored on a smartphone, and data loss is just as risky in both cases.

For this reason having a reliable backup solution for your Android device is not optional. One or more backups of all the content present on your device also offers an easy way of restoring it after an OS reinstall or when switching phones besides preventing accidental data loss.

Rooted Android devices have a bit more flexibility when it comes to creating backups, but since this is Android we’re talking about here, there are viable solutions available even for those with non-rooted phones.

There’s no complete backup solution included by default in Android, but that shouldn’t stop you from using what’s available. In your phone’s Settings, there’s the Backup & Reset section where you can enable the ‘Backup my data’ option. 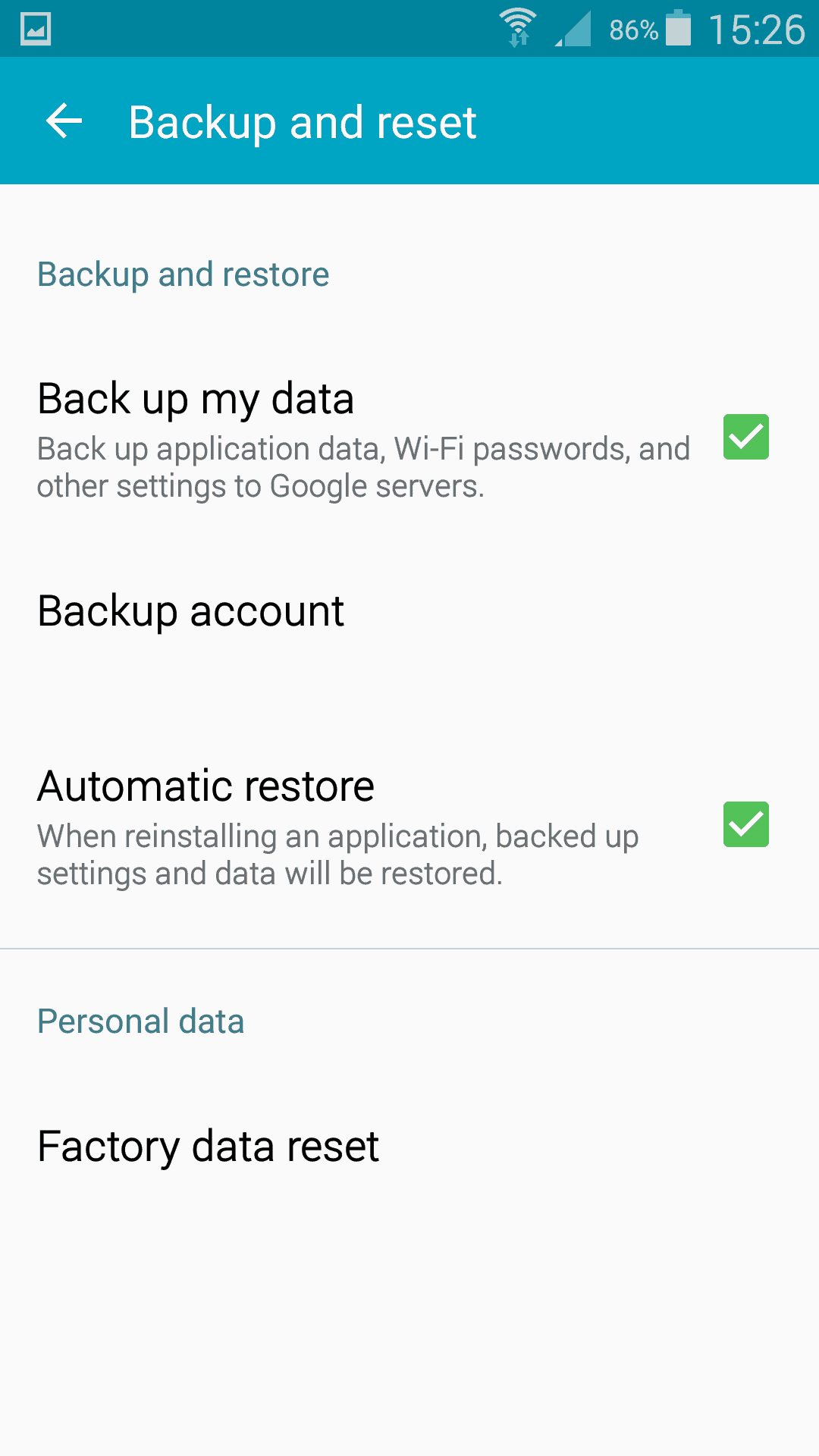 This will automatically backup app data, preferences, Wi-Fi passwords and other settings. If you tend to uninstall then reinstall apps often I suggest you also keep the ‘Automatic restore’ option enabled, at least if you want all your app data and settings back. For non-rooted devices, this is the most simple way to backup app data and your phone’s settings.

Let’s not forget about the new Photos app – finally, the app is free of Google+ so it’s not tied to the social network anymore. It now offers free unlimited storage for high quality photos and videos – they will have reduced size, while maintaining more than decent quality. 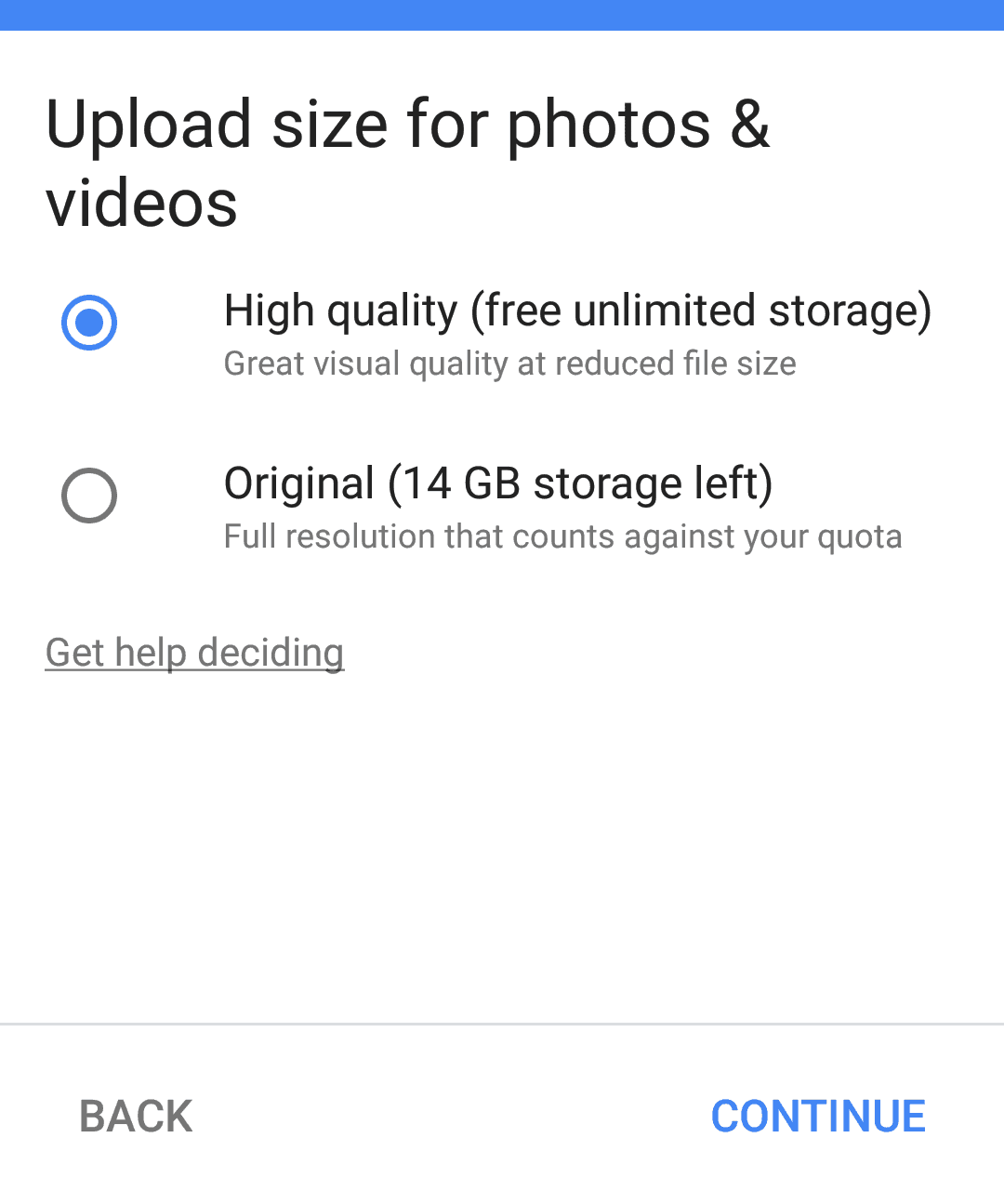 If this doesn’t work for you, the app can also backup your full resolution photos and videos, but they will count against your Google Drive quota.

Everything is uploaded automatically and if you’re on a limited data plan, you should probably leave the ‘Use cellular data to back up’ turned off and let the app to only backup using Wi-Fi.

Even if you use the built-in Android functions (which is definitely recommended), it’s not going to backup everything, plus it’s always good to have multiple backups, ideally stored in different places. 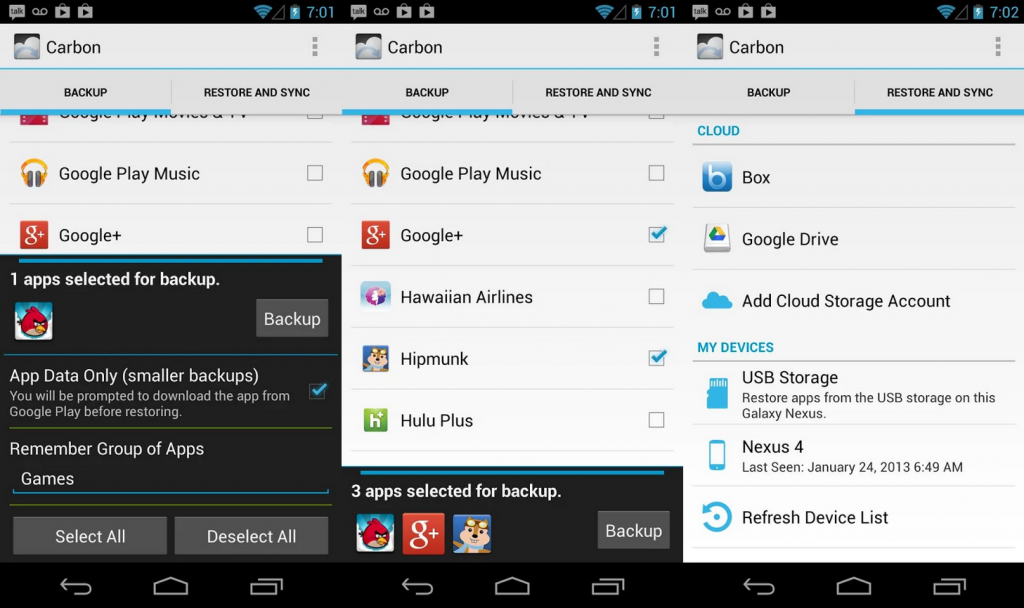 Helium is one of the best backup apps for non-rooted users, because it offers complete functionality plus it has the rare advantage of being able to backup app data besides the apps themselves. What you’ll have to do is install the app on your phone and a desktop app as well.

For the latter, Helium offers a Chrome extension, but also a regular application for those who don’t use Chrome. The free version of the app lets you store created backups on your PC or phone’s SD card and if you opt for premium you’ll also get the possibility to store backups in the cloud.

If you’d like to have a reliable and fully-featured backup app at your disposal, Helium Pro is definitely worth the $5 it costs. Besides cloud backup it also offers sync between Android devices and scheduled backups. 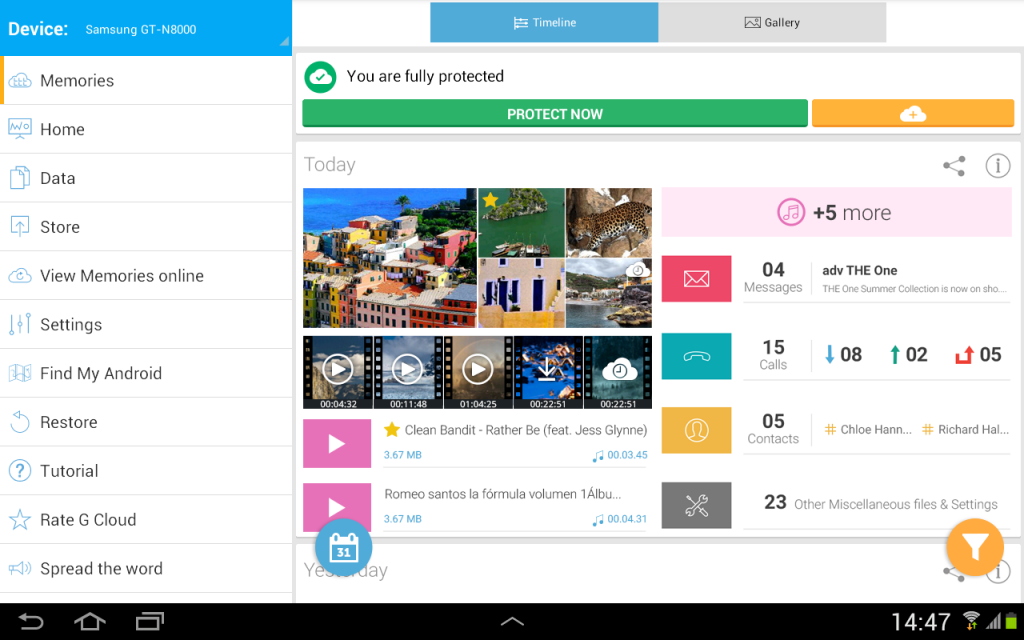 G Cloud Backup is a really interesting and free backup app. It can store your phone’s contents in the cloud, although only rooted users get the option to backup app data. You get 1 GB of cloud storage for free but you can earn up to 10 GB.

What’s even more important is the fact that G Cloud offers automated backup over WiFi as a free feature, so it’s definitely worthy of attention. To add to that, you can access the content of your backups from the web, such as contacts, photos, videos, call logs and so on.

Regarding security, the app is rock solid, using SSL and 256-AES encryption for stored backups, plus password protection for itself.

There’s one major drawback with G Cloud – the limited free storage, which may be enough for settings, documents, contacts, call logs and other such data which takes little space, but not for larger files like videos, photos and music. You could always take the monthly $2 subscription to get unlimited storage or use G Cloud only for the smaller files and settings and another app or service for larger files (like Google’s Photos app which offers free unlimited cloud storage for photos and videos). 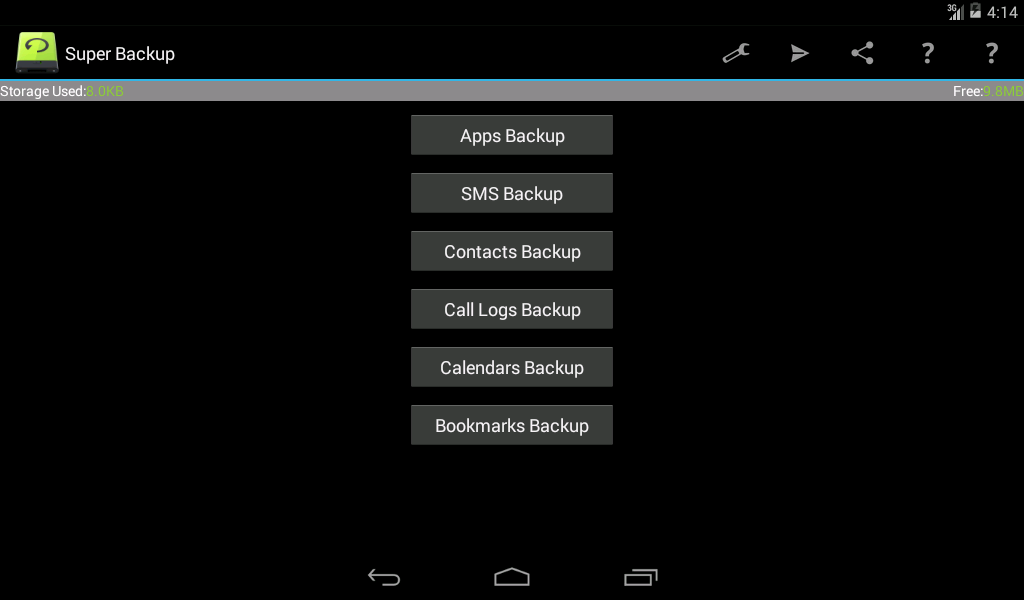 Super Backup is one of the established titles in its niche, because even though it has a paid version the free one is more than decent. Backups include all types of content (except app data for non-rooted users) and they can be stored to your SD Card or Google Drive.

For the latter, Super Backup can automate backups, which is very nice as the feature is offered for free. In fact, the free version is fully functional and the Pro one will only remove the adds. While this one won’t be able to backup app data if your device is not rooted, it has a well-rounded set of features offered at no cost and it doesn’t need a desktop client. 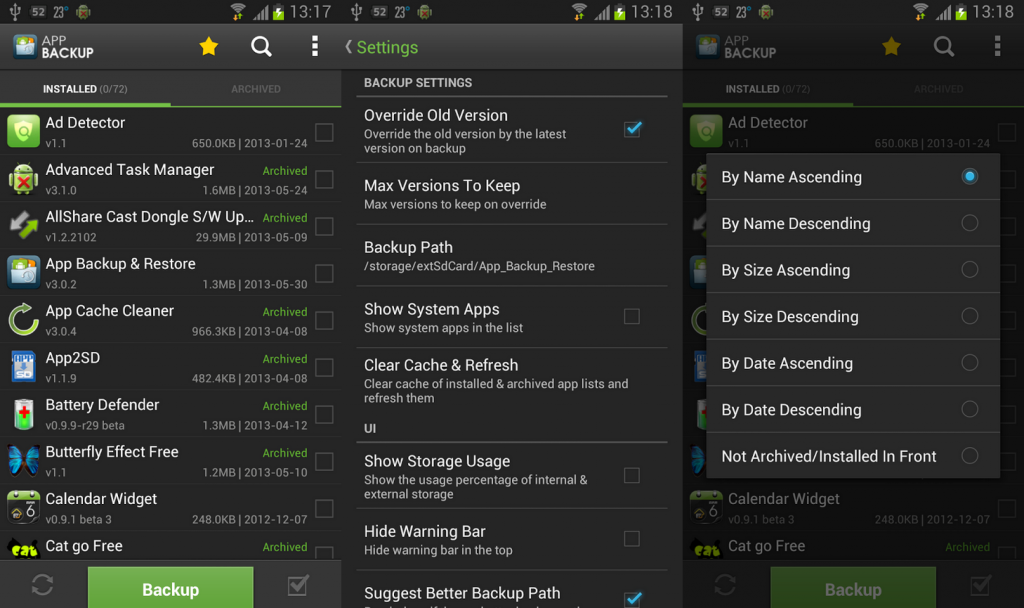 This app is specialized in backing up your apps, and it is especially handy if you have a large app collection since it also includes sorting and management capabilities. You can backup apps to your SD card and also send apps between devices through Bluetooth or Wi-Fi.

Just to be clear, this one doesn’t offer the possibility to backup app data, its functionality is limited to backing up APK files. Even so, it can be useful for a number of reasons, such as saving older app versions you like better than newer ones or apps that have been discontinued and not available in the Play Store anymore.

Furthermore, App Backup & Restore can backup multiple versions of the same app and supports batch backups. For ease of use, you can sort your saved apps by install date, name or size and as soon as you install the app, it will automatically perform a backup. However, you’ll have to manually backup your apps from then on.

Which backup apps do you rely on to keep your data safe?