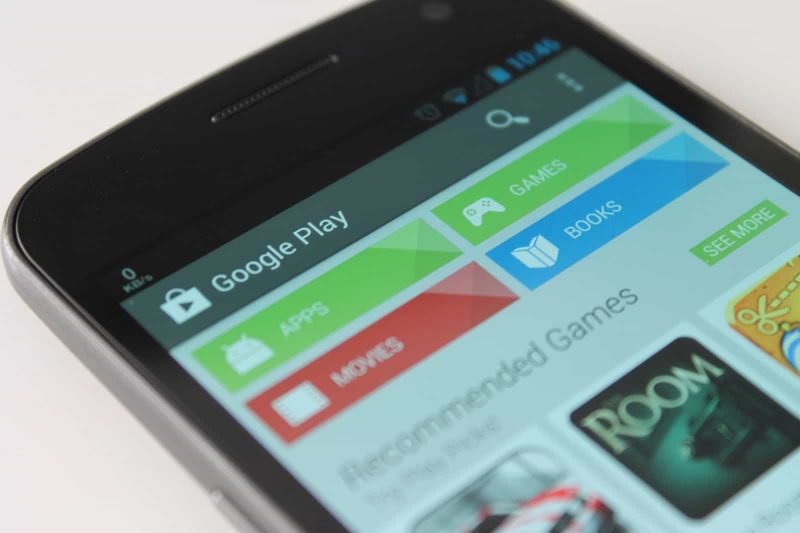 Who doesn’t love freebies and bargains? Well…perhaps some people don’t but I imagine there can’t be too many. There’s nothing wrong with buying apps and games you enjoy and/or find useful, except that some can be more expensive than you’re willing to pay for, or perhaps you’re on a budget right now and spending money on apps is way down at the bottom of the list (or not there at all).

Android’s vast app ecosystem makes for tough competition in almost every niche, so more often than not developers will make their apps free for a limited time to attract more users and app stores offer alternative ways of earning credits you can use to purchase apps. There are many ways to get paid apps for free and today we’re going to share some of the most reliable ones. 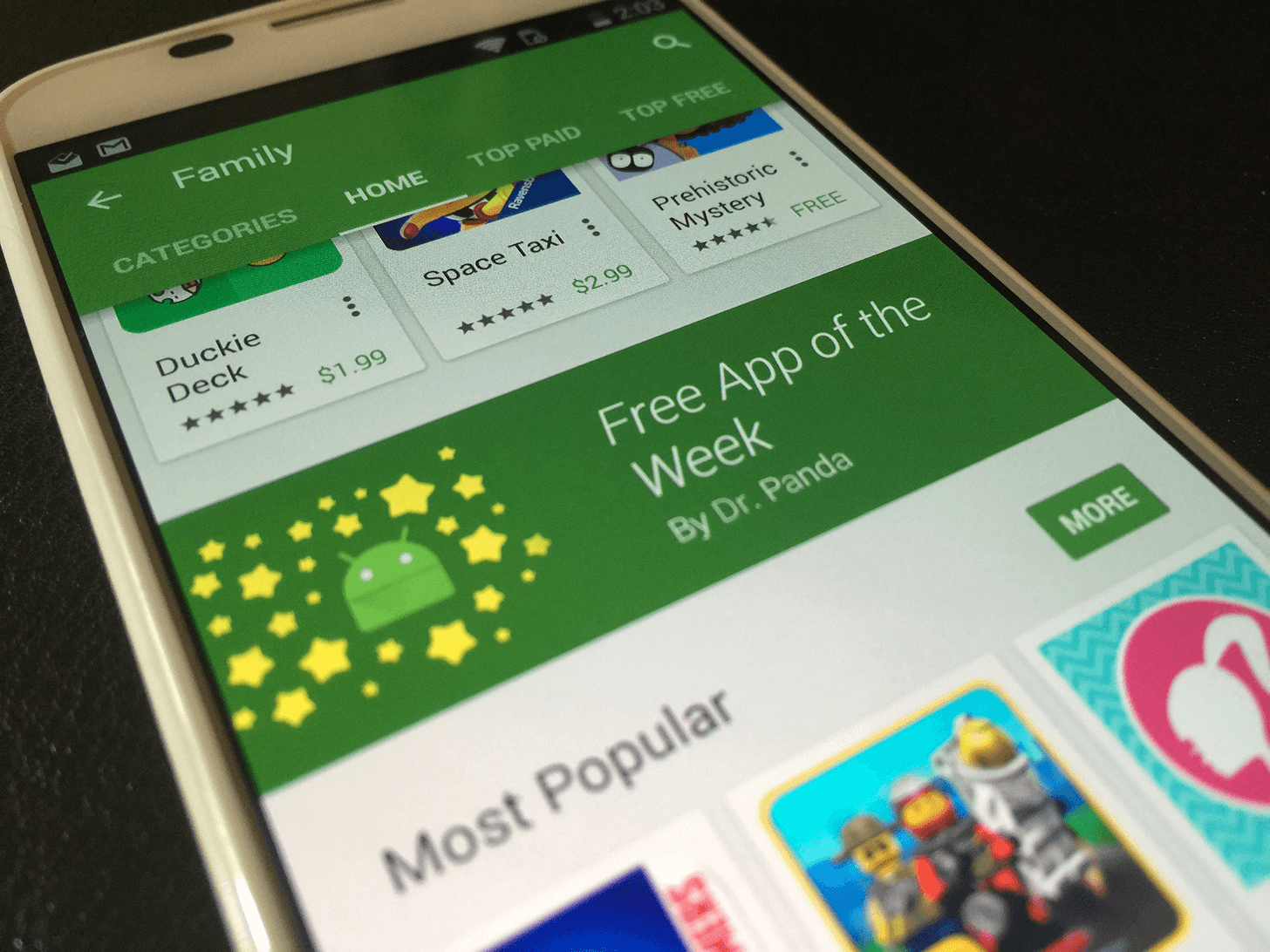 Google Play has a ‘free app of the week’ offer carefully hidden within the Play Store Family section. The apps and games featured here are family-friendly so you can find some quality titles that can entertain your kids.

Simply visit the Family section of the Play Store and check out the ‘free app of the week’ banner to see the current offer. If you decide it’s worth installing, you should know that the free offer only works if you tap on the banner. Looking the app or game in the Play Store will show it with its regular price. 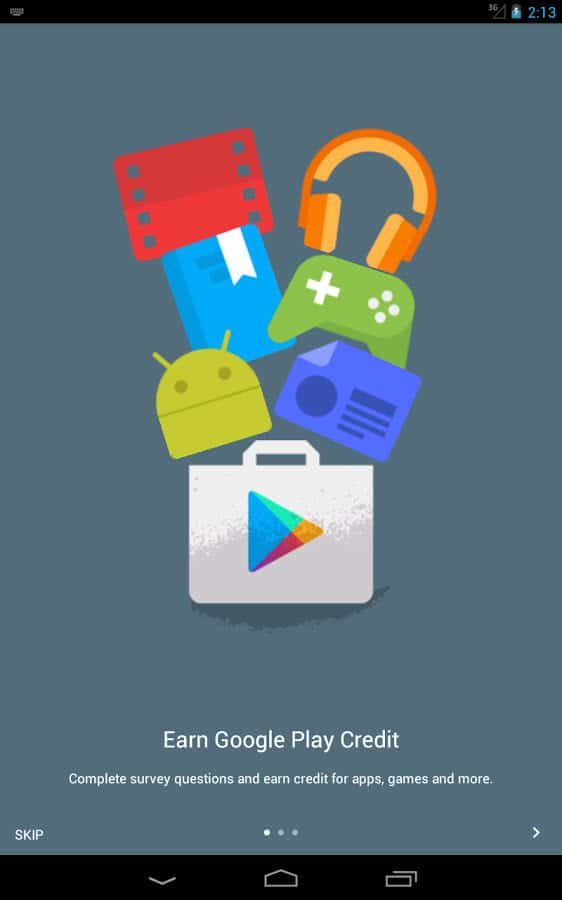 If you’ve got your eyes on a certain app you’d like to have, waiting for it to go free or on sale might take longer than you’re willing to wait. Google offers free Play Store credit (which can be used to buy apps), as a reward for answering surveys.

This can be done through the Google Opinion Rewards app, through which you’ll be able to fill short surveys and get some credits in exchange. You should be aware that the frequency for receiving surveys may vary – some people say they get new surveys regularly, while others haven’t gotten any for months in a row. Also, not all surveys have rewards and even for those that would normally earn you credits, errors can occur.

All in all, the system is decent but I can’t imagine it works too well if Google decides to send you one survey per month or less. It’s worth giving it a try though, and if you’re among the lucky ones that get new surveys often (but not more than once a week), you can rack up enough credits to buy an app every now and then. 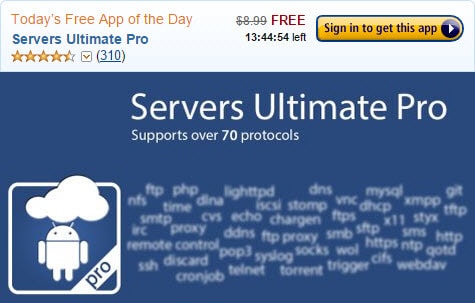 Google copied its free app of the week from Amazon, but it did a poor job (so far) since the latter is much better. The Amazon Appstore offers a free app or game every day – sure the time during which you can get it is shorter, but you could theoretically end up with 7 freebies a week, not just one. Also, Amazon’s apps are not just from the family category, so a larger demographic could find them useful.

With that said, here are several ways you can access Amazon’s free apps:

The Online Amazon Appstore or the Amazon app

In both cases you’ll need to be logged into your Amazon account to actually download the app. Also, your phone needs to have the “Allow Unknown Sources” option enabled (found in the Settings menu) if you want to install apps from outside the Play Store. You’ll need it turned on for installing the Amazon app (since it’s not available in the Play Store anymore) and any other app from Amazon.

Free App Notifier for Amazon (only for the US Amazon Appstore) 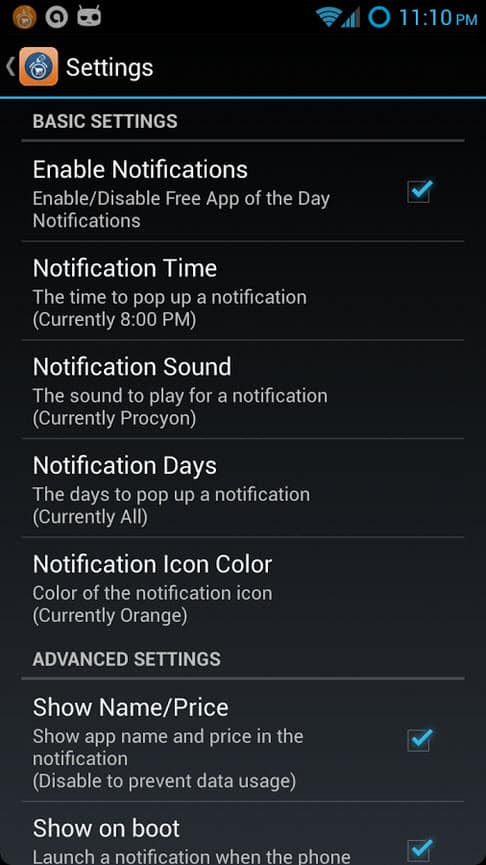 The notifications for this app are highly customizable, as you can set a specific hours and days for them to arrive, but also the sound and displayed information among others.

This one supports Amazon Appstores from several countries as follows: USA, Canada, Italy, France, Germany, Spain, United Kingdom, Japan and China. Besides the notification, it offers a shortcut to the featured app’s page on the online Amazon Appstore or the app (if you have it installed).

The shortcut doesn’t always work (you’d have to open the Amazon Appstore and navigate to the app yourself in that case) but at least you’ll be up to date with all the free apps of the day on Amazon, without having to check them out yourself.

‘Free App of the Day’ apps

This is one of the best apps that offer a free app every day. Sometimes the featured apps are free anyway, and some of the paid apps you can get for free will come with limitations – like not being eligible for updates. Even so, you can come across some real gems with this app and save a lot of money in the long run.

App of the Day 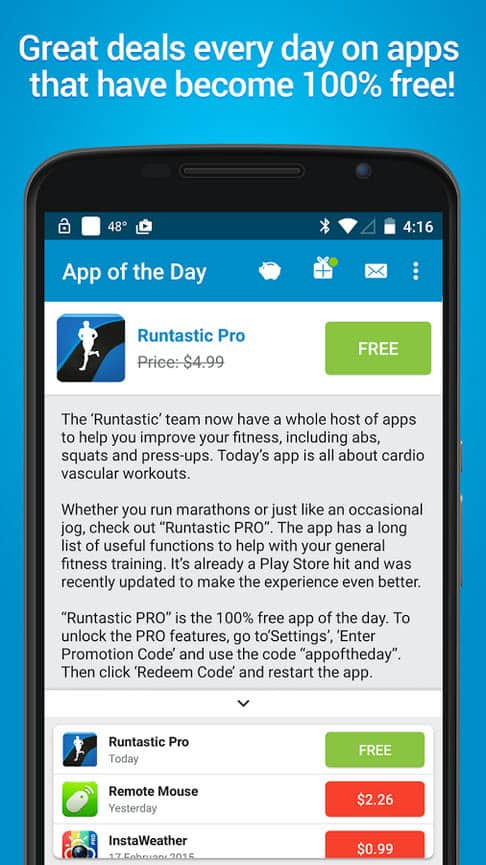 App of the Day is definitely my personal favorite in this category. It features a paid app for free every day and the best part is through the offer you get that app with all premium features unlocked, and no limitations whatsoever.

FreeApp is similar to AppGratis, but instead of featuring a ‘free app of the day’ it offers app discounts – and sometimes paid apps gone free – plus it has a social component through which you can earn virtual coins you can use to buy Amazon gift cards.

These apps don’t offer paid apps for free, but some of the times the featured apps on sale cane be purchased at ridiculously low prices. For apps or games you really want to get your hands on, ‘almost free’ can be enough. 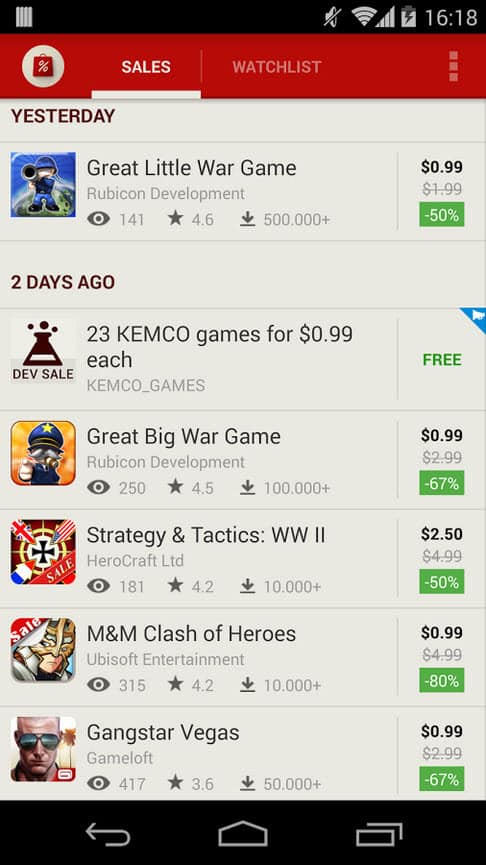 AppSales does pretty much what you’d expect – here you can find plenty of apps, games and wallpapers on sale, but they do post free apps every now and then. It has various search filters and you can add your favorite titles to a watch list and get notified when their price goes down.

The bad part is AppSales is ad-supported and the ads are very frequent and annoying. I used it for a while and I admit you can get some pretty good deals through it. Eventually, I gave up on it because of the ads, but if you can tolerate them, this app has a lot to offer.

Getjar lets you earn virtual currency by downloading and trying apps it features, although you should know the sponsored apps are will earn you more credits. There’s a list of supported apps that can be purchased with Getjar credits, but they can also be used on IAPs.

I didn’t get to try out this one because I don’t have the patience to do all that app testing to earn credits, but the general opinion about this app is not very good. Many people are complaining that acquiring a sufficient amount of credits is tedious. There are also the occasional errors like not getting the credits after trying an app or spending credits on a theme, for example, which then fails to apply.

I was on the fence about featuring Getjar in this round up as I find it unreliable, but I decided it was better to share its pros and cons, so you can make an informed decision before you end up wasting a lot of time with it.

Tell us, what other brilliant (and legal, please) ways to get paid apps for free have you discovered and what are some of the best deals you ever got for paid apps?

Visit our Android guides section for more handy tips, tricks and how tos and don’t forget to follow us on Facebook, Twitter, Pinterest and Google+ to receive our latest news and apps & games reviews for Android, iOS and Windows Phone !