Apple’s 3D Touch is not just a marketing feature. It’s actually incredibly smart. For example, it differentiates  light, medium and hard taps. This alone makes the 3D Touch Quick Actions more diverse. Using Peek you can quickly take a look at in-app items (like your email inbox) and this can be done using a medium touch. Then there’s Pop, triggered by a hard press, that actually expands the item.

Developers have quickly realized it’s imperative they explore what 3D Touch brings to the table as it’s obvious it can make their apps more functional and easier to use.

A while back, we rounded-up some popular titles that were quick to jump in the 3D Touch band wagon, but since then, developers have found new and unique uses for 3D Touch which only show how much the feature can offer when someone puts it to good use. 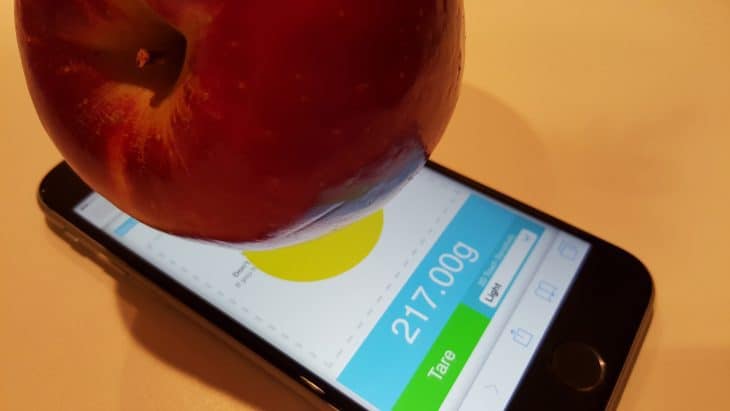 Asher Trockman is not the first developer to offer a scaling app using 3D Touch, but he did find a way to make one that can’t get banned by Apple. Yes, the Cupertino-based tech giant feels like this is an inappropriate use of 3D Touch. While they never offered a complete explanation, many suspect it’s because users would try to weigh all sorts of objects and they could break the screen by doing so.

Either way, TouchScale is a web app which is precisely why Apple can’t ban it. If you visit touchscale.co on your iPhone 6s or 6s Plus you can place any object weighing up to 337 grams (this is the maximum weight supported by the 3D Touch API) to measure it.

Just keep in mind it doesn’t work with any item. Objects need to be capacitive enough to trigger the touch screen – fruits like apples and strawberries work well. 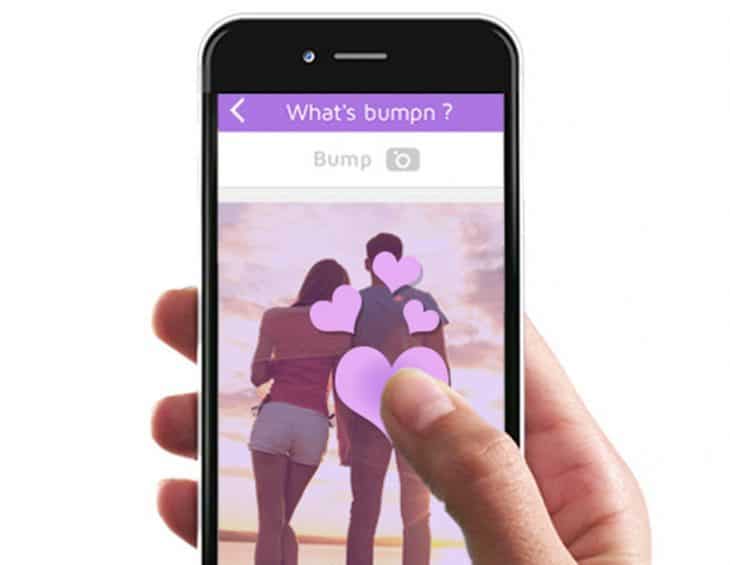 bumpn is a social app focused on photo and video sharing with friends and communities. It managed to gain a lot of attention by integrating 3D Touch to ‘like’ pictures.

It’s a really cool way that allows you to like something exactly how you feel it and let’s appreciate the fact that bumpn lets us show exactly how much we like something, instead of offering a black & white ‘yes or no’ option like most other social media apps. 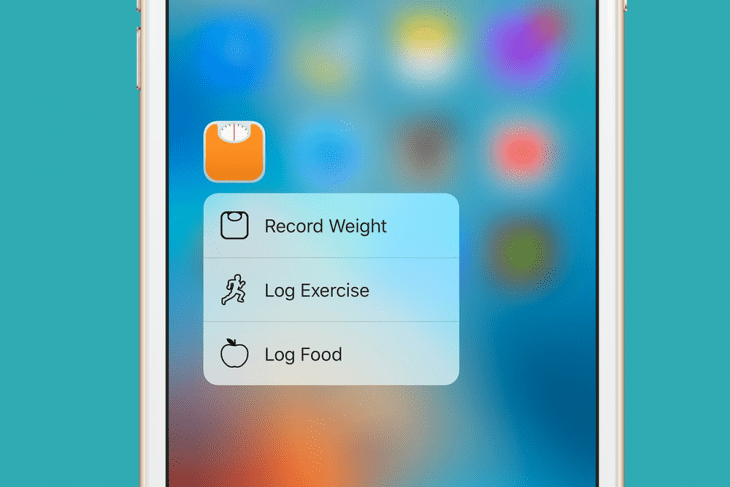 Lose It! is a popular weight-loss app that delivers personalized eating plans to help you shed those extra pounds. One of the most important things you need to do while you’re on such a plan is to log information like the food you eat, your workouts and how much you weigh on a regular basis.

All this stuff is tedious enough, in fact many people quit such weight-loss plans because of this need to write down all your activities, meals and whatnot. Lose It! found a smart use for 3D Touch as you can log data directly from the Quick Actions panel. It really, couldn’t get any easier unless you find someone else to do it for you. 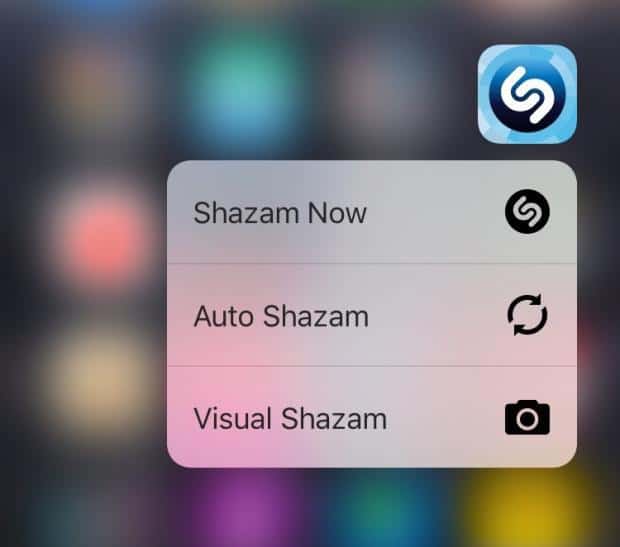 Shazam is great for exploring new music and it bundles a heavy set of features, but the thing that made it famous is it’s song identification service. Opening the app and waiting for it to load can take long enough for the song you wanted to identify to be gone.

Shazam embraced 3D Touch very fast, and more importantly one of the Quick Actions it offers is Shazam Now. Thanks to 3D Touch Shazam can now recognize tunes even faster as you don’t have to launch the app to use this feature anymore.

Don’t miss: 3D Touch – Get the most out of stock and jailbreak features 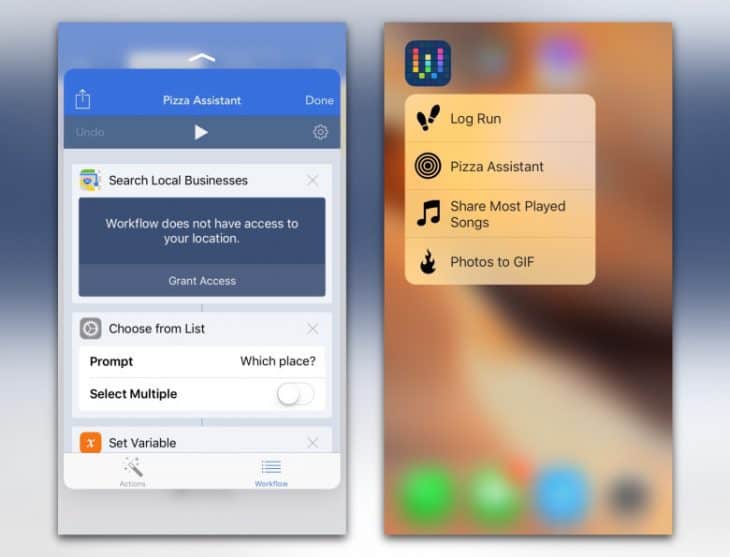 Workflow is a handy productivity app that lets you automate many different actions, called workflows. Thanks to iOS 9 Spotlight integration, the app lets you search through your workflows from Spotlight and this feature is not exclusive to the iPhone 6s and 6s Plus.

The newly added support for 3D Touch takes things to a whole new level. Now you can set four of your workflows as 3D Touch Quick Actions and launch them right from the related panel. And with Peek you can quickly preview any of those workflows or use Pop to get the full view. 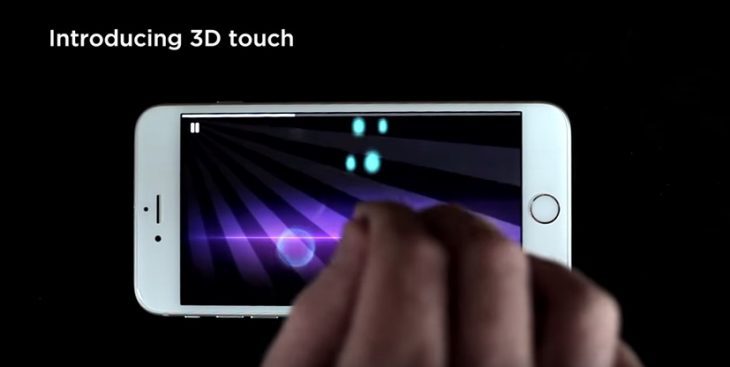 Magic Piano is the perfect example on how 3D Touch will completely change the gaming experience. The app employs 3D Touch to detect the force you apply when tapping and based on that, the piano sounds will be louder or softer.

Hard press on a note for the sound to be loud and dramatic, or use light taps when you want the sound to be softer. This is truly a creative use for 3D Touch since it lets you easily pour your feelings into the music you play within the app.

Sometimes a picture is worth a thousand words, but in this case a video feels far more appropriate. Check out how Magic Piano is using 3D Touch in the video below:

What’s your favorite app from today’s roundup and what other apps using 3D Touch in interesting ways do you know? Leave us a message in the comments section below or on Facebook,Twitter and Google+.