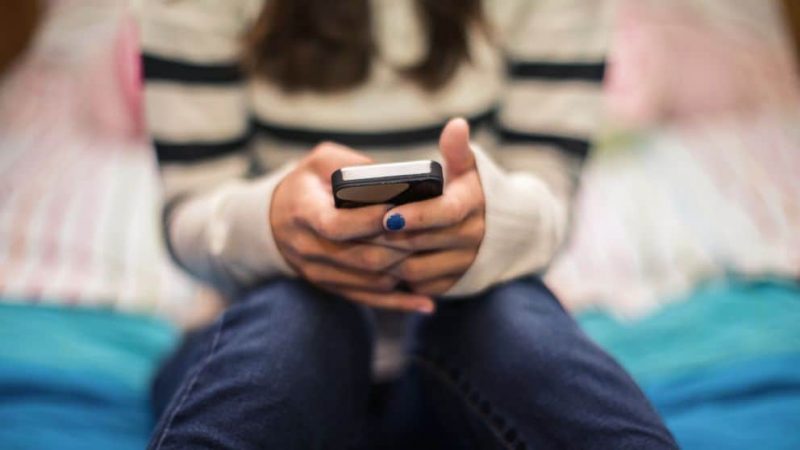 When looking at the astronomical number of chat apps and services one could easily get overwhelmed. While each one promises to make our lives easier, most of the times we just follow the crowd when it comes to picking our daily driver. But with so many apps available, one is never enough because it’s almost impossible to find all of your friends and acquaintances in a single app.

Usually, my roundups are sorted by genre, but I felt like messaging is such a central part of our lives, at least once we should take a look at what we might need ourselves so I dug up some interesting messaging features that can’t be classified as ‘defaults’ and which apps you can find them in.

I was never sold on the idea of self-destructing messages, but regardless why they became immensely popular, they simply can’t be ignored.

Snapchat (Android, iOS) – Because everyone is using it 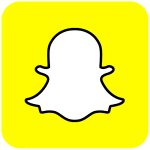 The top dog in this crowd is obviously Snapchat, as this is the app that made self-destructing messages one of the most praised chat features. The whole concept is ridiculously simple: take a photo or a video, share it with a friend and before their laugh is over the message is permanently erased.

You can use it for fun, but don’t think you can share anything just because messages will be automatically erased. One can easily take a screenshot, or a photo of the device’s screen with a camera or another phone before the message is erased. 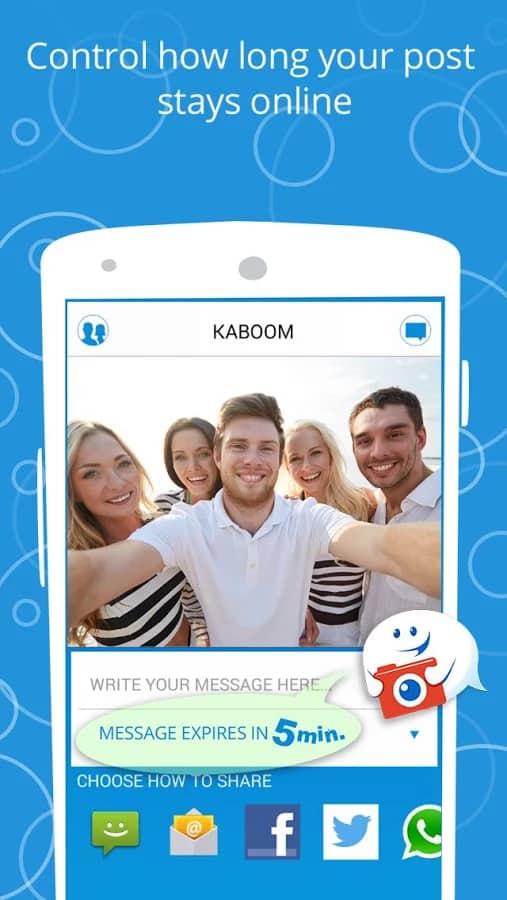 Kaboom is a new player among messaging apps, and it has undeniable potential despite the fact that it’s sort of buggy right now. The app lets you send self-destructing photos and messages on Facebook, Twitter, WhatsApp and via SMS. You can set them to automatically disappear after an hour, a day or when they reach a certain number of views.

The beauty of this app is that only you need to have it installed in order to work. However, Kaboom is still in its infancy so you might experience bugs and errors with it. The app is developed by AnchorFree, the makers of Hotspot Shield, the popular free VPN app, so we’ll probably see improvements soon enough. 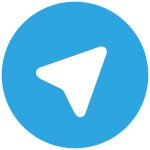 Telegram is a well-rounded messaging app, offering plenty of features and all messages sent through the app are encrypted by default. Self-destructing messages, called Secret Chat messages in Telegram is just a small fraction of what the app can do, but if you really wanted an app that has it all, this one would be it.

More importantly, you can send pretty much any type of content in Secret Chat messages, including files and Telegram is also available on PC, Mac, Linus and the web. 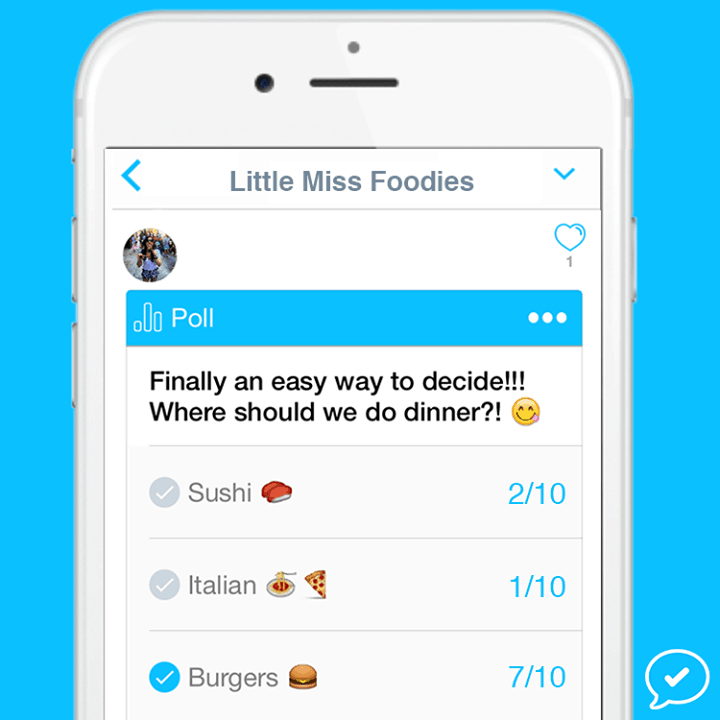 Group chat is about as common as it can get when it comes to messaging features, but this particular app takes it one step further. For those times when you and your friends or family need to make decisions or you need their opinion on something Begroupd can really help.

This app was just released this month so it isn’t even on Android yet but it has some interesting group decision making features. Anyone on Begroupd can quickly create various types of messages like ‘This or That?’, ‘On a scale of 1 to 5’, events with RSVPs and ‘Yes or No?’ and your friends can vote and rate whatever it was you just shared. You can see how such an app can help your group decide the next restaurant you’re going to meet in and at what time, the location for your next vacation or if something is worth buying among other things. 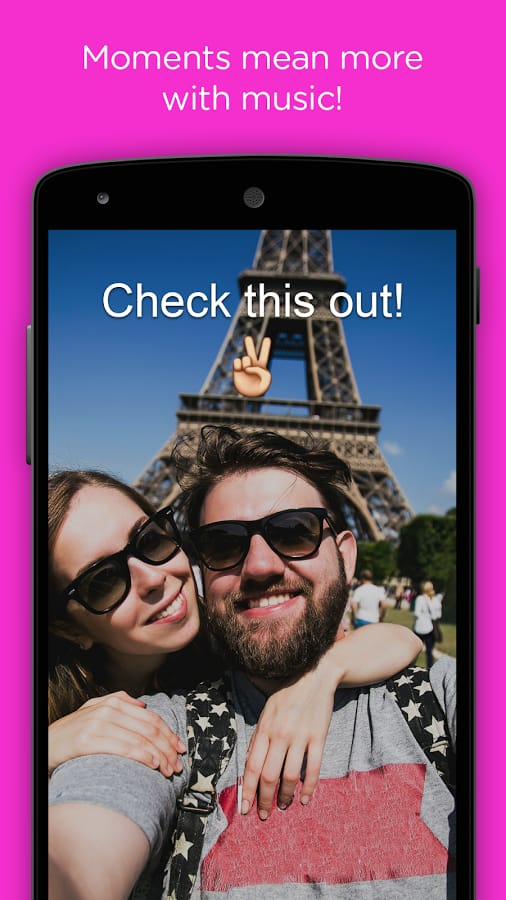 MSTY (My Song To You) is another newly launched messaging app that lets you pair your words and photos with a song to express what you’re feeling or share a moment in whole new way. Sending an MSTY is simple, just choose a song, take a photo and add your message.

Live video texting with no sound 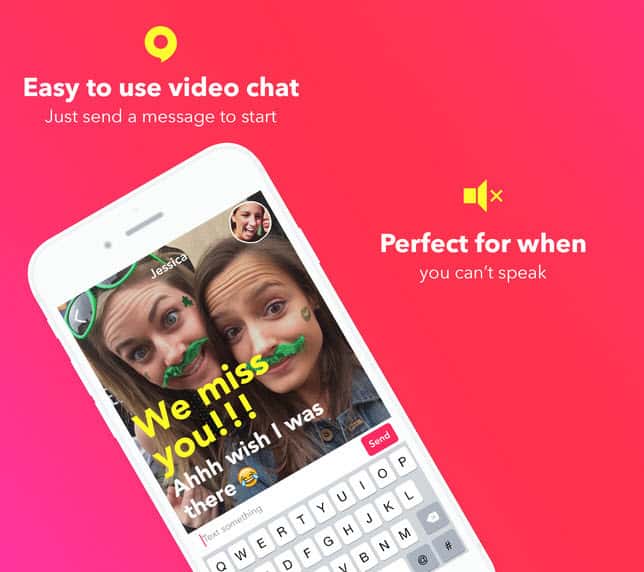 How many times you would have loved to video chat with someone, but couldn’t due to lack of privacy? Yahoo Livetext will let you be seen and also see the person you’re chatting with, but with no sound. You’ll only be able to text chat and there’s no group chat support as the app was designed for private conversations. You can use your friends’ Livetext ID or their contact cards from your address book to add them in the app. It’s a simple concept but it can come in handy on many occasions. 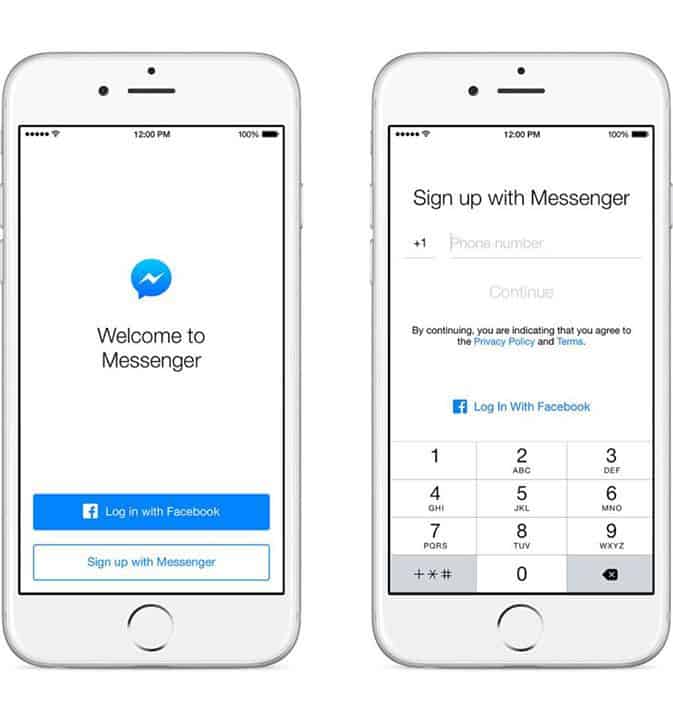 Facebook’s Messenger app was initially intended for Facebook users only, but a few months ago, it was updated with the option to use it even without a Facebook account. As surprising as it may sound, a select crowd of people don’t need or want to use Facebook. But it’s not that easy to avoid Facebook these days as most people are on it, and using it to communicate. Now the app offers the very useful feature of making someone reachable by Facebook users, even if he/she doesn’t have a Facebook account.

The app lets you sign in with your phone number and you’ll be able to chat with your phone contacts who are also using it just like in WhatsApp. Of course, signing in with a Facebook account has its own benefits, as you’ll be connected to your Facebook friends as well. I’ve seen some reports that the same functionality was available on Windows Phone, but I for one don’t have it and many other users are saying the same thing. 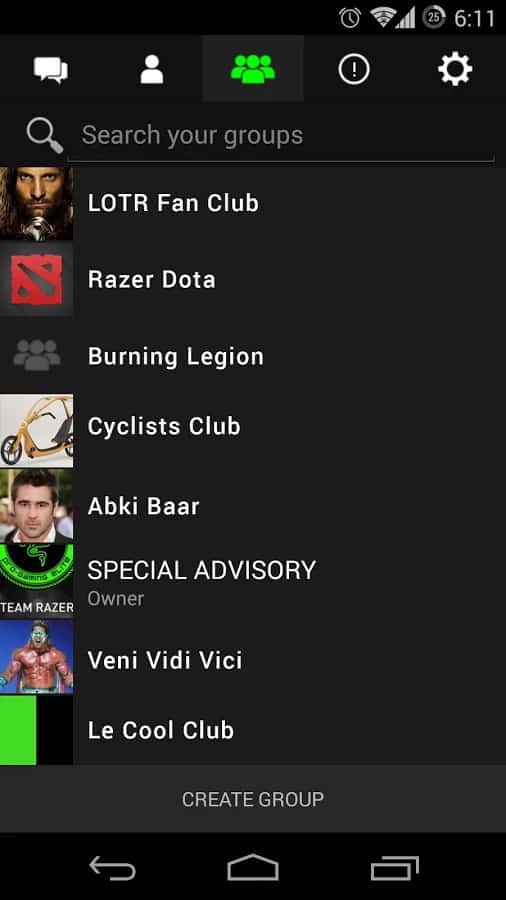 Razer Comms is a pretty good all-purpose messenger, but it’s mostly appreciated by gamers. The app offers solid group chat features, free VoiP chat and seamless switching between mobile and PC. I find it particularly useful because of its in-app overlay that lets you handle messages and calls while you’re playing or doing something else.

Razer has been promising us a Comms app for iOS as well, but so far they have failed to deliver.

Say everything with one word 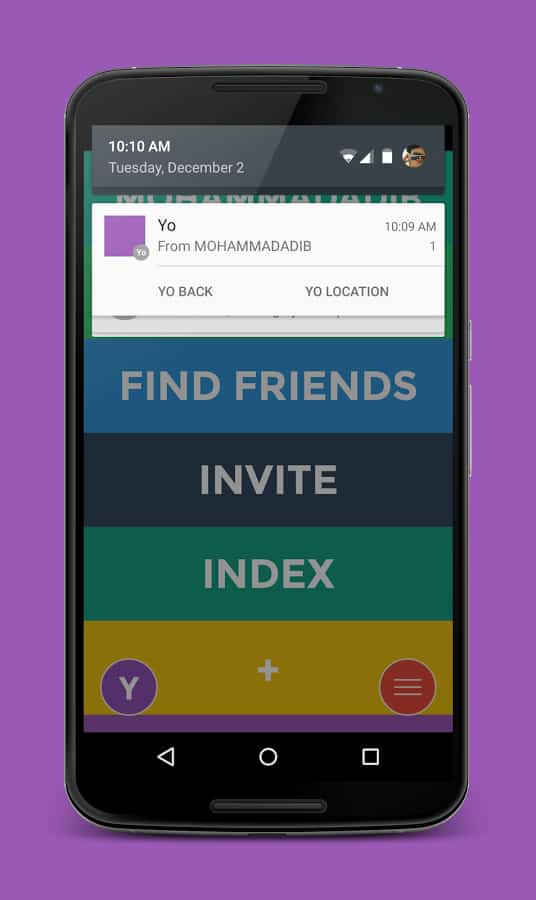 How many things could you say with one word? Apparently the possibilities are endless. Yo is a unique messaging app that lets you send and receive ‘Yo’s’. Optionally you can also ‘Yo’ your location. Think ‘Facebook poke’ but in a standalone app.

Last year when it was launched, Yo managed to gain some popularity (as hard to explain as that might be). It’s probably fun to use it for a while, but given its current limitations it really can’t last. You could always send ‘Yo’s’ in any other messaging apps, if you miss it. The app would probably be more appreciated if the developers would add a way to send custom one-word messages or at least implement some more predefined words.

Messaging apps are certainly evolving in unexpected and often strange ways. What other interesting messaging apps have you discovered? Drop us a line in the comments section below.

Share this article with your friends if you liked it and visit our Roundups section for more carefully handpicked apps, games and everything else mobile. And don’t forget to follow us on Facebook,Twitter,Pinterest, Flipboard and Google+ to receive our latest mobile how tos, and apps & games reviews for Android, iOS and Windows Phone !