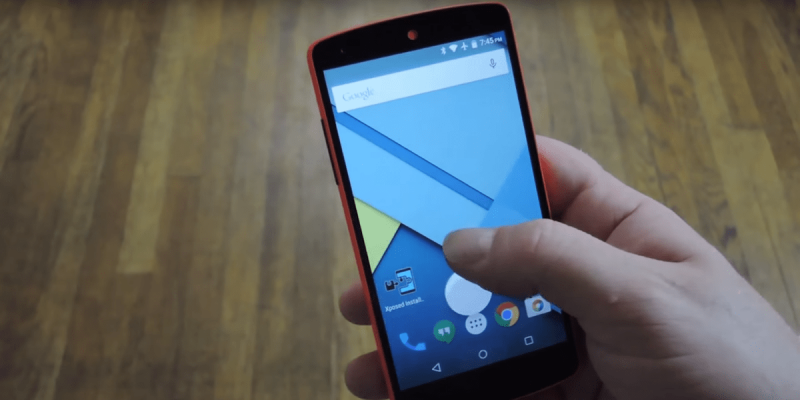 Multi-touch technology introduced the possibility to add complex gestures that require using more than one finger. While Android abounds with gestures, not all of them are in plain sight even if they aren’t a secret either.

Here are some of our favorite (and lesser known) Android gestures we find incredibly useful.

Even if you already know this Android gesture you might be ignoring it, or perhaps you completely forgot it actually exists (I know I did for a good while). To access your Quick Settings toggles you can expand the notification tray by swiping down from the top of your screen and then tap a button or swipe down once more. 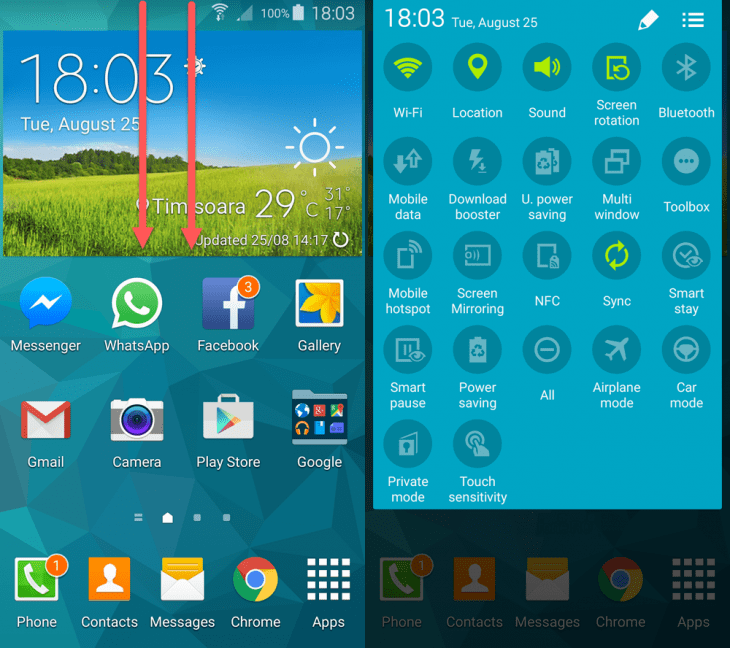 But there’s a faster way to access the Quick Settings toggles (yours might look a bit different than the ones in the image above as these are from Samsung’s TouchWiz). Simply swipe down from the top of the screen using two fingers and you’ll get the same result although faster.

Zoom in/out with one finger

This particular gesture works for app like Chrome and Google Maps, allowing you to easily zoom in/out with precision. 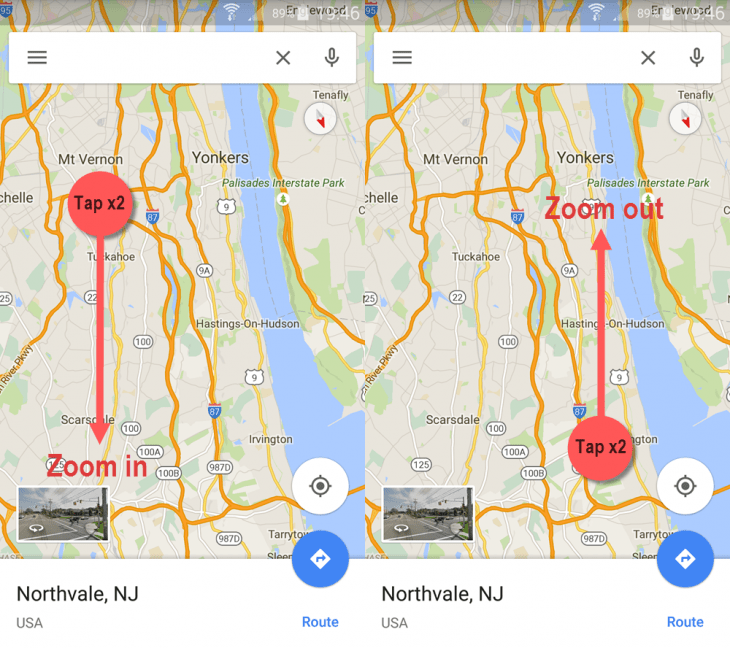 Double tap on the screen but keep your finger down after the second tap and then slide it down to zoom in and up to zoom out. I realize you can also use the two finger pinch gesture to do the same, but this way just feels more comfortable as you’re only using one finger.

Chrome tab switching and other controls

Sans mouse it’s harder to tap on tiny icons (especially if you have big thumbs) but there are some great gestures available in the Chrome mobile version that make web browsing a chinch. 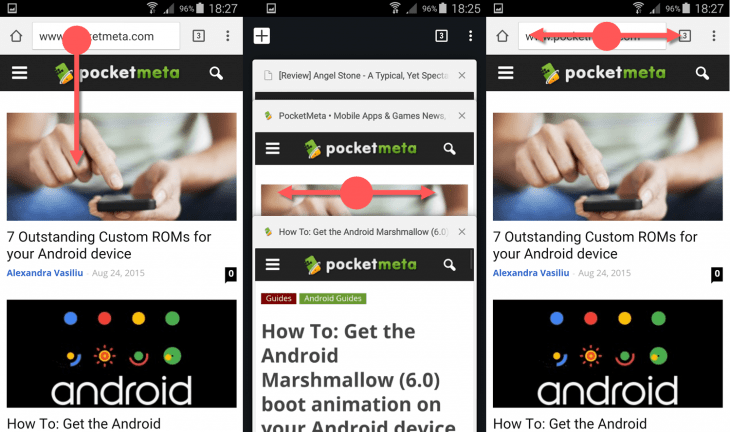 Note: In Lollipop Chrome received a new feature called ‘Merge tabs and apps’ (located in Chrome’s Settings) – when enabled tabs are treated like apps, and instead of being contained in Chrome, they become available as separate cards in the multitasking panel. Also, if ‘Merge tabs and apps’ is turned on, the above mentioned gestures do not work. Make sure it’s disabled if you want to use them. 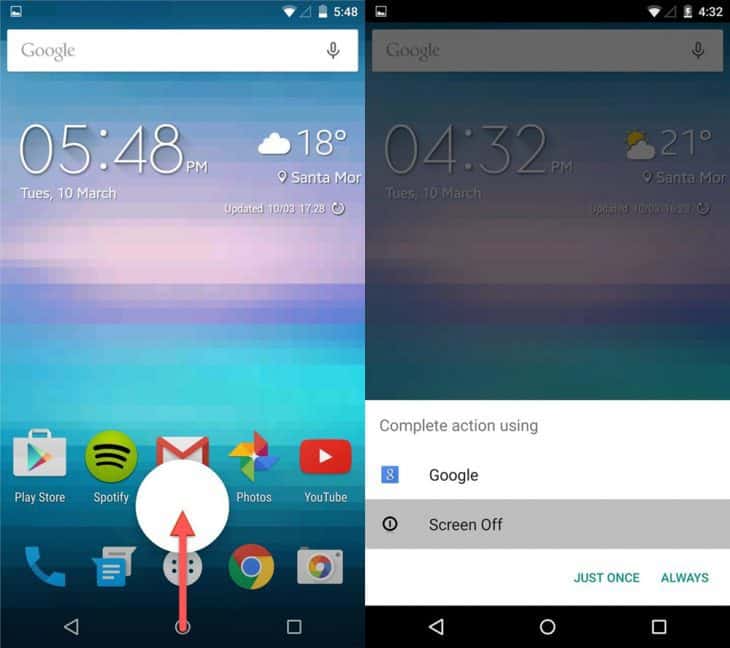 You can launch Google Now by swiping up from the home button (or long-pressing it) but it’s really a waster shortcut if you don’t find it useful.

However, if you have an app that can change the gesture installed you can perform the Google Now shortcut gesture as described above and you’ll get the option to choose another app to complete this action. This way, the gesture will launch the app you’ve just set every time you perform it, instead of Google Now. 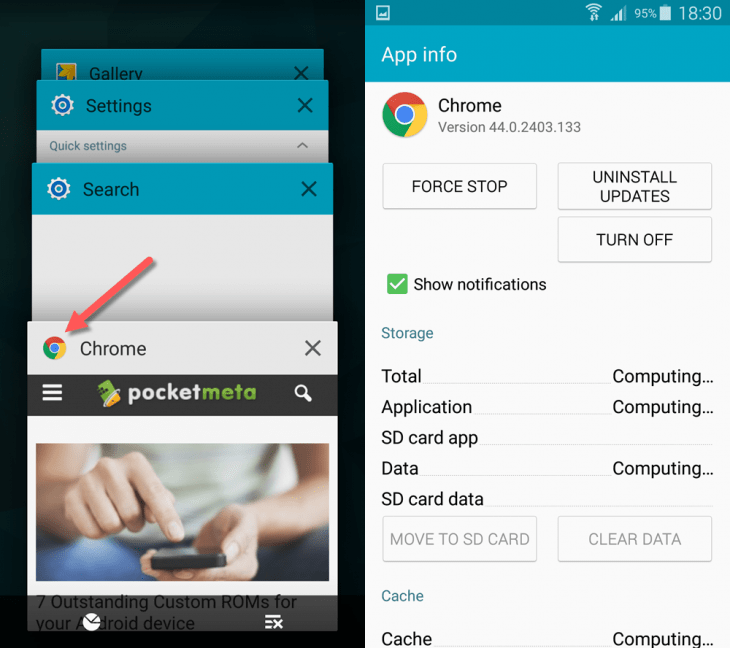 When you need to access the “App info” page for a specific app in Android Lollipop you can do it with a simple gesture but only if you have Developer options enabled. To turn on Developer Options go to Settings -> About Phone and tap the ‘Build Number’ 7 times in a row. A toast message saying “You are now a developer” will be displayed if you’ve done it right.

From now on you can long press on an app’s icon in the “Recent Apps” view to open the “App Info” page. 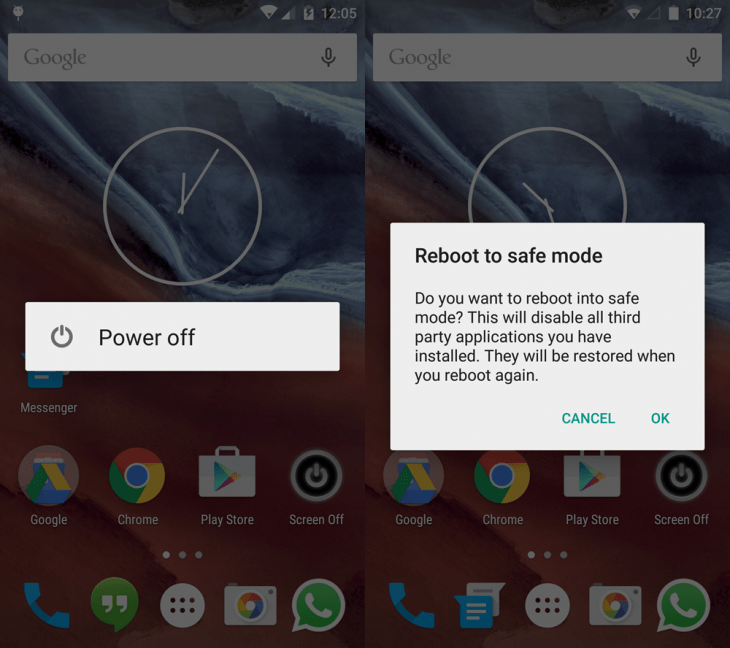 If you’re having problems with settings or third-party apps that are making the OS behave erratically, booting into Safe Mode will allow you to pinpoint the culprits. There’s a simple shortcut to boot into Safe Mode that works on most devices with stock Android.

Open the power menu by pressing and holding your phone’s power button. Now long-press the “Power Off” option and after a few seconds a pop-up will appear, asking if you want to reboot into Safe Mode. Tap “OK” and your device will automatically restart in Safe Mode. To exit Safe Mode simply reboot the phone normally.

What are your favorite Android gestures? Do you know of any other ‘hidden gems’ worth sharing?