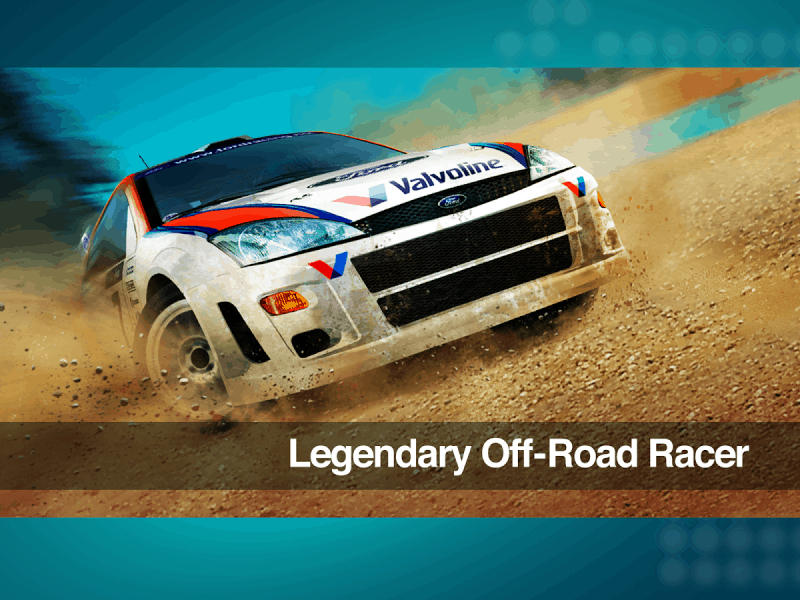 Here is a brief roundup of the best new Android games that went live on Google Play store within the previous two weeks. 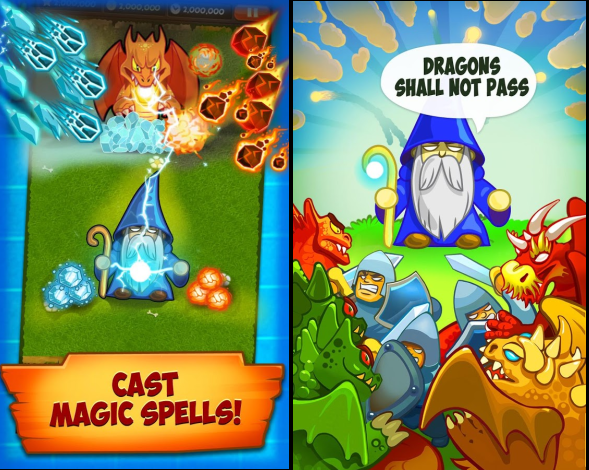 A colorful mix and match game from the likes of Plants versus Zombies and Bejeweled. It surprisingly resembles Tolkien settings, blending elements of cartoons and fairy-tales. In this game, the key element is placement of troops and towers to protect your dominion. Three separated lands turn into a stronger dominion when they are united, as you need to locate them on a significant strip of land to be able to create a strong defense line. There are armies that are friendly to your lands, as well as hostile units that will keep you alarmed at all times, as you defeat each new wave of invasion upgrading your minions and fortifying your towers.

As you progress with matching up your towers and fortifying your defenses, you’re attacked by hordes of dragons – large and small, slim and fat, fast and slow. Your regular troops are not enough to defend your kingdom, unless you combine them. This challenging mind-boggling puzzler puts to test your tactical thinking as you protect your towers. There are numerous ways of upgrading and evolving your defenses, as long as you can keep your troops with life. For example, you can upgrade your soldiers by matching them into one – three regular soldiers merged into one make one archer, while three crossbowmen make one wizard. In especially dangerous situations, users can resort to special abilities to stay alive. In addition, it’s very convenient to upgrade your defenses after each fight you win, on a special upgrade screen.

Last week has been abundant in racing games releases on Google Play. This game is not a glitzy re-make of the famous racing franchise, but a new release of Codemaster’s most loved rally game. Rally game fans will enjoy the authentic look of cars and the natural feel of the tracks, not to mention the very realistic navigator voice-over by one of the greatest rally racing celebrities Nicky Grist. The game comes out at $5 price tag and offers absolutely no in-app purchases whatsoever.

The game features 30 awesome rally stages, with an overall distance of over 130 km of dirt and mud. Squeeze the juices of your Australian outback, gallop through dramatic scenery through the Greek mountains or rocky Corsica. 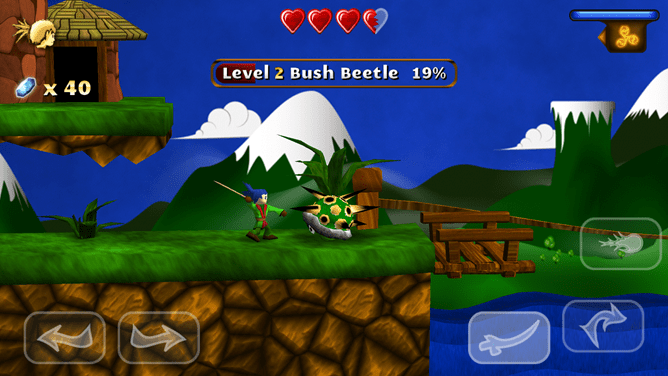 If you’re a big fan of 2D sword-slashers and the likes of Ghosts and Goblins, you will certainly enjoy Swordigo. This used to be a bundle in the Humble Bundle pack, and is now on offer as a standalone game on Google Play store. At the moment, it’s completely free and offers no in app purchases. You get to mix swordplay and sorcery to beat this platform game. Even though the graphics aren’t especially impressive, the excellent soundtrack will keep you entertained as you progress through the levels running, jumping and fighting your way through this magical world of treasures, dangerous monsters, dungeons and misty towns. You have numerous possibilities to upgrade powerful weapons gaining experience and improving your character through numerous spells.

This game will appeal to fans of dungeon crawlers and gloomy caves full of horrible monsters.

This one is a new sci-fi game that allows you to choose your own adventure. You will see plenty of aliens and spaceships, and a whole lot of lasers blowing everything up. Out There is a highly anticipated science fiction thriller game for Android devices, and the game is pretty much compatible with them all. 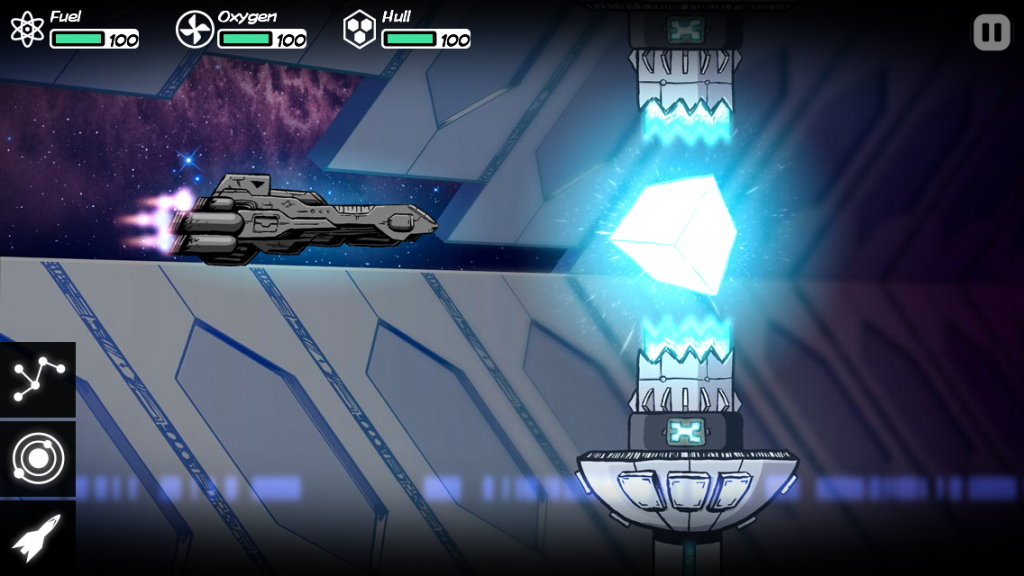 You are an astronaut who has just woken up from a cryogenic hyper-something, a very deep and long-lasting sleep. You are too far from Earth, with very little means for survival, but you must solve the mystery to save the mankind.

Surprisingly, this is not a combat game. Instead, Out There hooks you on a storyline instead of blasters and explosions, which is a lot more difficult than in the shooters, we have to admit.

Your character will have to overcome numerous challenges and make more than 300 decisions that decide the total outcome of your mission. The eerie soundtrack is really awesome; combine that with the smart comic-like style, and you will get an excellent sci-fi adventure game. 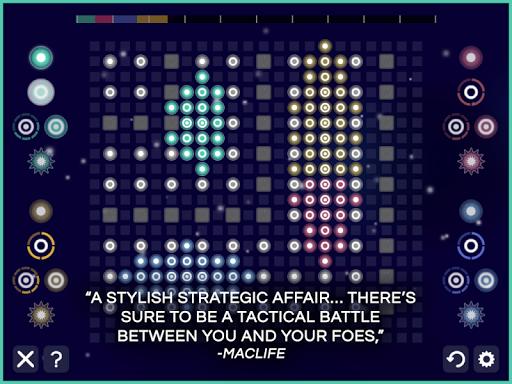 A new strategy board game, Pathogen combines elements of a simple board game with real-time strategy. Even though the game is quite abstract and uses only a few colors, you will get hopelessly hooked on it. This one is a turn-based strategy game, which does not involve combat and war against hordes of monsters. Instead, it sends shapes of one color to overcome shapes of another color. In a sense quite simplistic and easy to grasp, this game is surprisingly addictive. In addition, that kind of take on abstract experience is very successful on mobile platforms.

You compete with different players in a battle that requires certain tactical prowess  you would need in an endless board game. You can use the multi-player mode either online or on a single screen, but the best part is a one-player mode with levels of increasing difficulty that provide limitless hours of addictive gameplay. 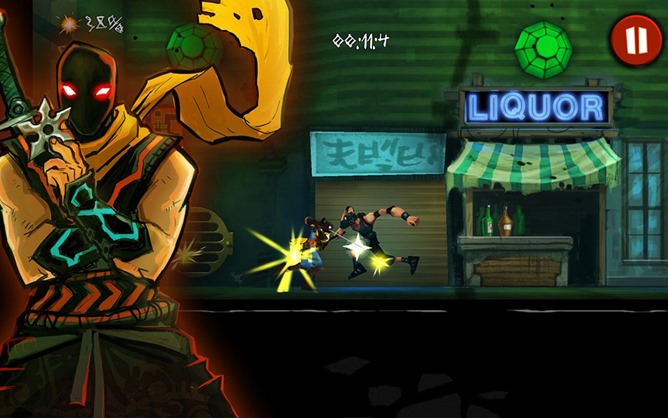 Shadow Blade is an action-packed addictive game with assistive-touch controls. The control scheme consists of taps and swipes, which are very intuitive and responsive, and with a little bit of practice, you will find this game can produce smooth performance. Your character’s name is Kuro, a youngster who is very well at sword ninja fighting. You must make your way through hoards of enemies and traps. The graphics are very smart, but simplistic 3-D visuals look better on a smartphone than on a tablet. Even though somewhat simplistic, it is still a very well polished title from Crescent Moon Games.

The game is listed as free on Google play, but it has a catch because to be able to play the full version, you will need to cash out $2.99. 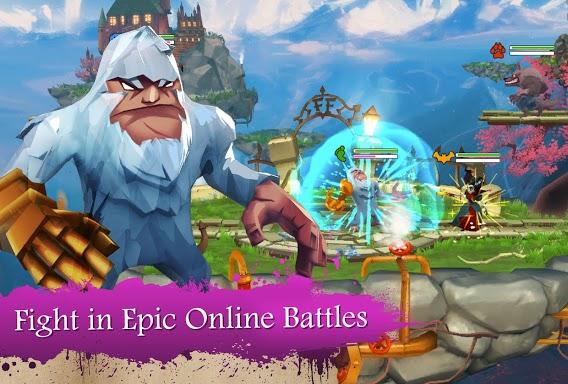 If you are a fan of Ninetendo’s Super Smash Bros franchise , you simply must check out the Fright Fight. You need to polish your skills and beat your friends to dominate monsters. This game is a 3D real-time online multi-player brawler powered by RPG system elements. The game allows you to connect with up to three other players all over the world, and compete in a four player tournament packed with monster action. You can also play against random opponents and invite your friends from social networks to share the game. And of course, you fight against injustice.