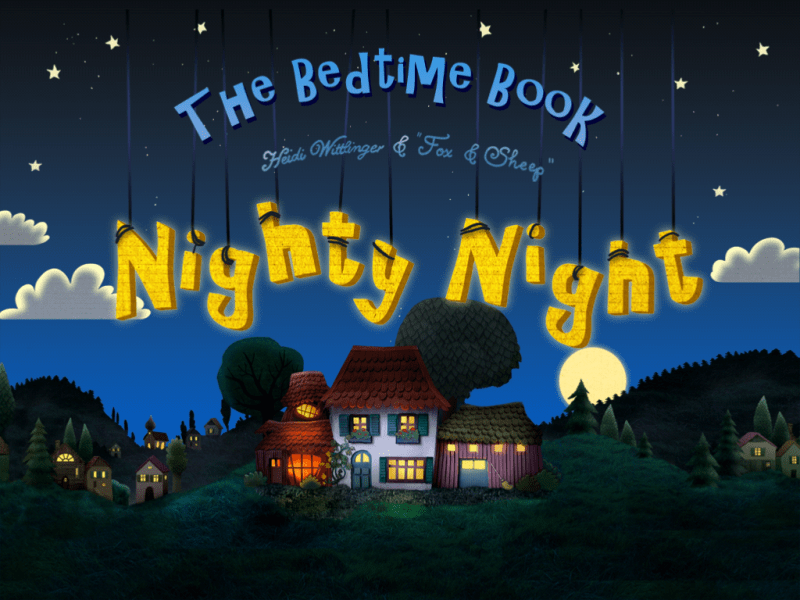 Our resource lacks coverage of educational apps and games for kids, so I thought I’d start making up for it. Without further ado, here is what I find interesting and useful. The following is a list of subjectively assessed titles, many of which are well-established and acclaimed. Some of them are free, while others are paid or freemium apps, which means you can download and get great stuff for free, but if you want to get more you will have to pay. Let’s get started.

Read Me Stories: Learn to Read 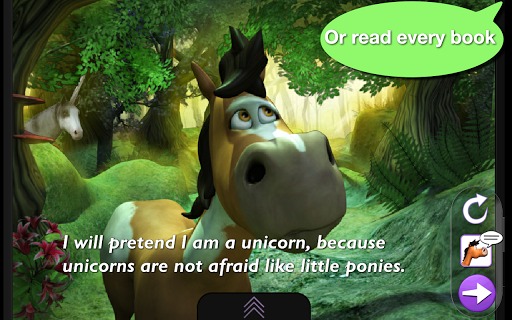 This app comes in two variations, actually. Read Me Stories Books and Read Me Stories Learn to Read, and both are great. The app itself has a colorful and highly detailed interface, while the books are just awesome.

You get a welcome bonus of about 5 books for free, one per day. The rest of the library is available via in-app purchases. You can choose to read the books yourself, or be read to you. The voiceovers are genuine and very artistic, with background noises, buzzes and songs.

Besides the stories, you can tap anywhere on the screen to see if there are interactive elements, too. The free books contain several stories about the frogs, the pony and the hedgehog – all visually gorgeous and fun. In my modest opinion, this is a great way to encourage kids to start reading or learning how to read. As the narration goes on, each word is highlighted, so it’s easy to follow the lines, and there aren’t many lines per page – perfect for beginning readers.

Kids are free to go along their own pace, exploring and toying with the interactive stories and following their heroes.

The stories seem to be written from scratch, so no Grimm brothers or The Cat in the Hat. In fact, I found the stories quite engaging and particularly kind – no aggression or violence. For example, the frogs are getting ready to compete in a sports tournament, or a narrative about hedgehogs, where they live and what they like. The pony series of stories is by far a stellar entry, and you will want to buy the rest of the books. 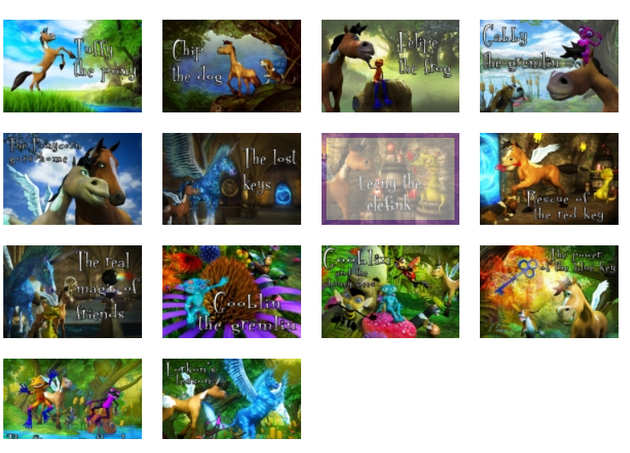 Now, I can’t say whether or not this app will teach your kid to read, but it’s a nice bedtime story alternative to keep the hyper-active kids in bed glued to the tablets. Yes, I would suggest using it on larger screen devices.

Overall, there are more than 140 stories in the library and it’s a great option to have in stock. The only downside is the number of free books is limited, while the rest can set you off a good buck.

Finally, it’s worth mentioning the app relies on actual teaching techniques combining text with sounds, voiceover and interactive pages that are visually awesome. The full library contains stories about animals, trains and trucks, planes, outer space, South Pole and some classic stories, and even books with theme songs. Oh, and one more thing – you can enable a different language, Spanish, Chinese and Japanese – for bilingual kids, as well as request the devs for some homeschooling guidance as far as the app is concerned.

Mr. Fox and Mr. Rabbit and The Icky Mr Fox 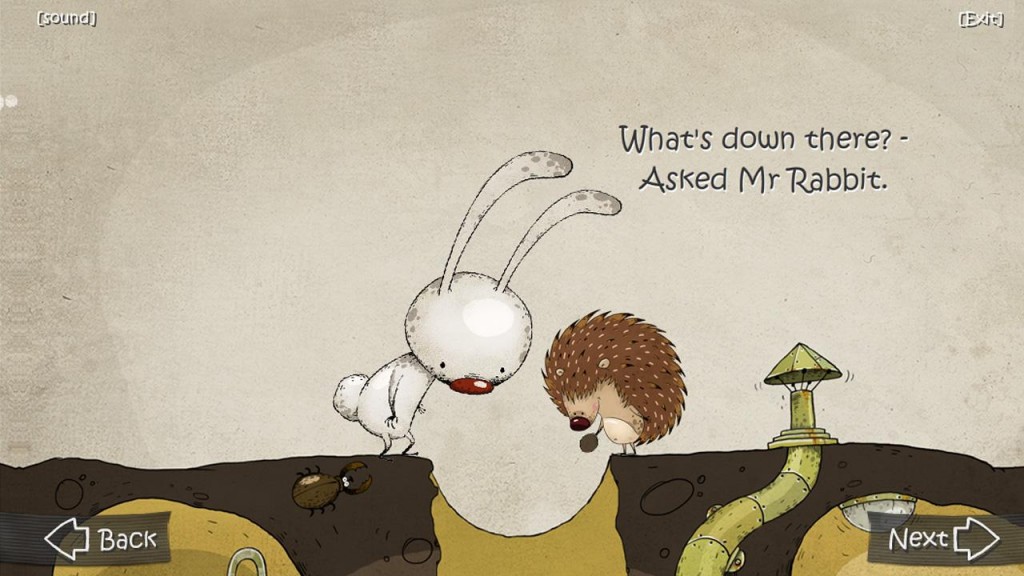 These are two great short stories for kids of all ages about the misfortunate Mr. Fox trying to gobble up the cunning Mr. Rabbit, but always failing because he is not too smart. The developers claimed a series of stories, but there are only 3 books in the Google Pay store – 2 free, 1 paid. Even though I am not much of a reader, I appreciated the fine sense of humor in the stories. The reason I singled out these books is they were obviously created in a move of inspiration, rather than monetization.

The first book is a black and white narrative with interactive elements and several cartoon elements, means the characters are actually moving. The second book is a colorful exploration with a lot of details to tap and giggle. The fox is silly but thinks himself a strategist, while the rabbit and the mole are simply arrogant tea-lovers mocking the goof. However did this, did a great job involving the reader in the story and the characters.

Both books have great ratings and reviews, and they are obviously based on kids impressions put in words by parents, “Honest to God, I’ve never quite enjoyed an app as much as I did this one and I’m way too old to find it fun.” So, yes, I downloaded it to try out and thought I’d keep it just for a dose of occasional laugh at hand. It also reminds me Machinarium in the graphics style.

It may not be an overly educational book, but the voiceover is great, producing that sophisticated humor and even irony in a trendy British accent. The downside here is the stories are short, and the stories are not numerous. I honestly wish there were more. 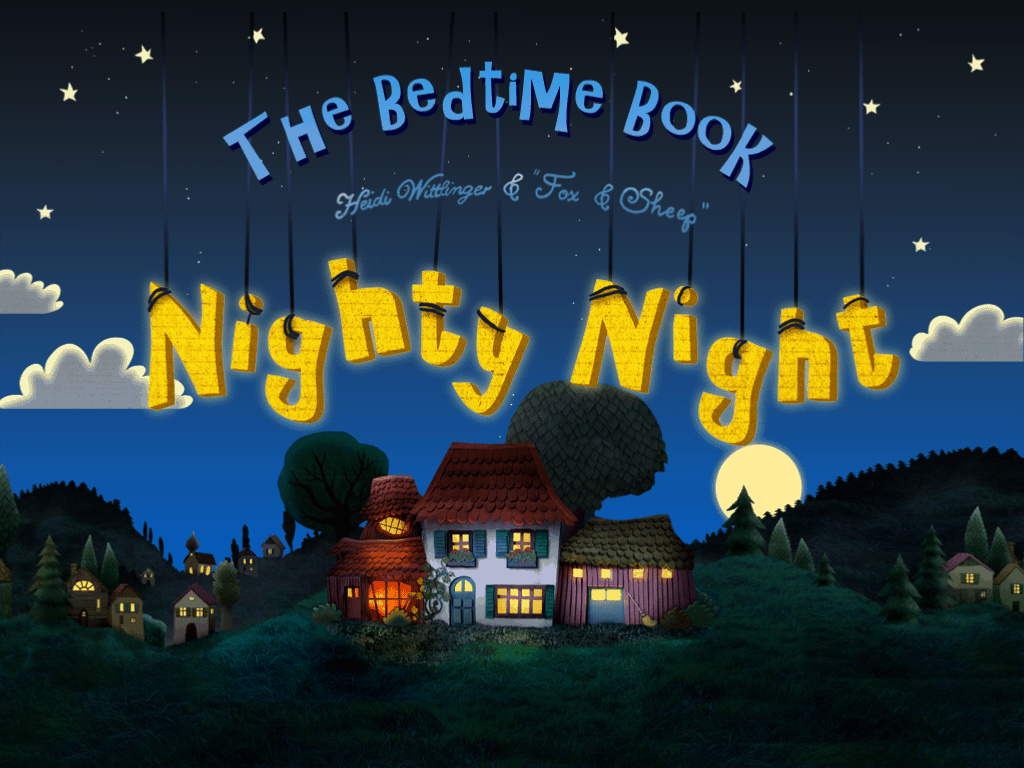 This is a great interactive narration that does a perfect bedtime story, with beautiful and highly detailed artwork, soft music and soothing narration. Your kid will put various farm animals to sleep, turning the street lamps and light bulbs off, as the fish in the pond and the hen in the den doze off for a good night’s sleep.

It has an issue of an occasional crash, though. With over 2 million downloads, this is one of the best bedtime stories on Google Play, and it is a paid one. The story is available in English, German, Dutch, Russian, Italian, Spanish and Portuguese languages.

Overall, Nighty Night is a very relaxing, graphically beautiful and detailed interactive story with the potential to become a favorite. 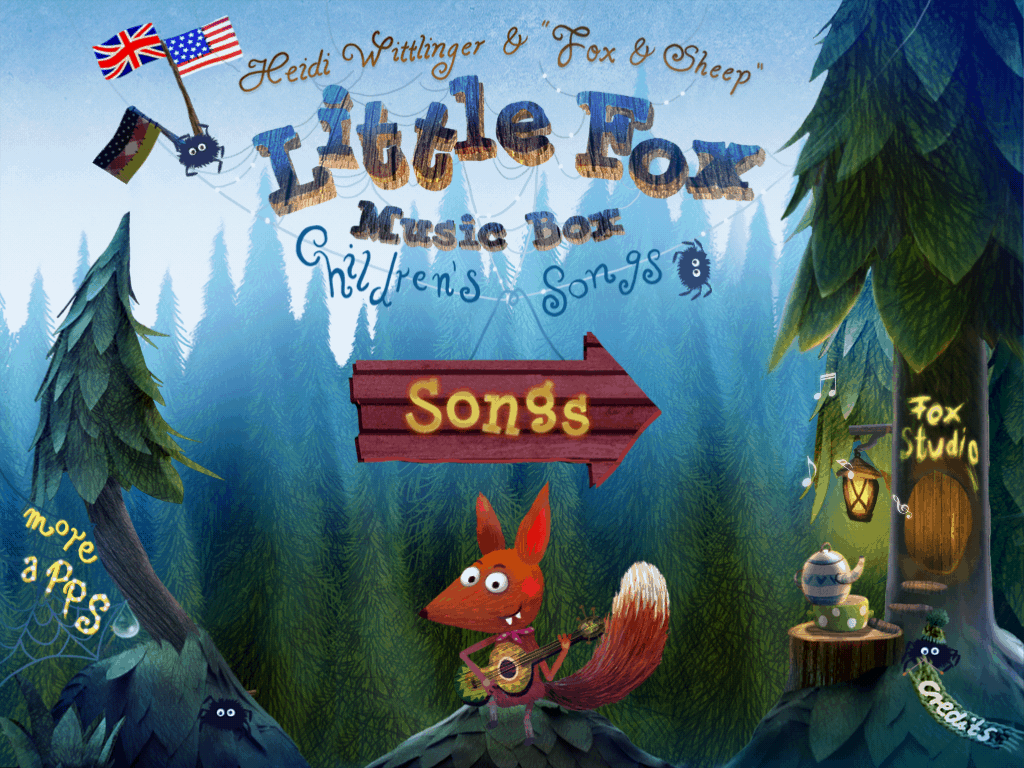 Another app by the same developer, Fox & Sheep, and this time it’s a songbook with over a hundred interactive elements and a music studio. Kids get to learn popular nursery rhymes London Bridge, Evening Song and Old Mac Donald Had a Farm, taking full advantage of the karaoke mode and toying with the music studio. The app is available in English and German, and features animals, people, architectural elements, dancing, hide-and-seek animal finding, plenty of educational elements explaining how the farm animals live, what they do in summer or winter, and while this may sound simplistic, the kids are guaranteed to have a great and fruitful time with this really amazing interactive sing-along book.

It is an adorable and very kind app you’d wish you had when you were growing up, with adorable characters, positive message and detailed interactions. Adults are sure to enjoy it, too, so it’s a great way to spend some quality time with your kids. 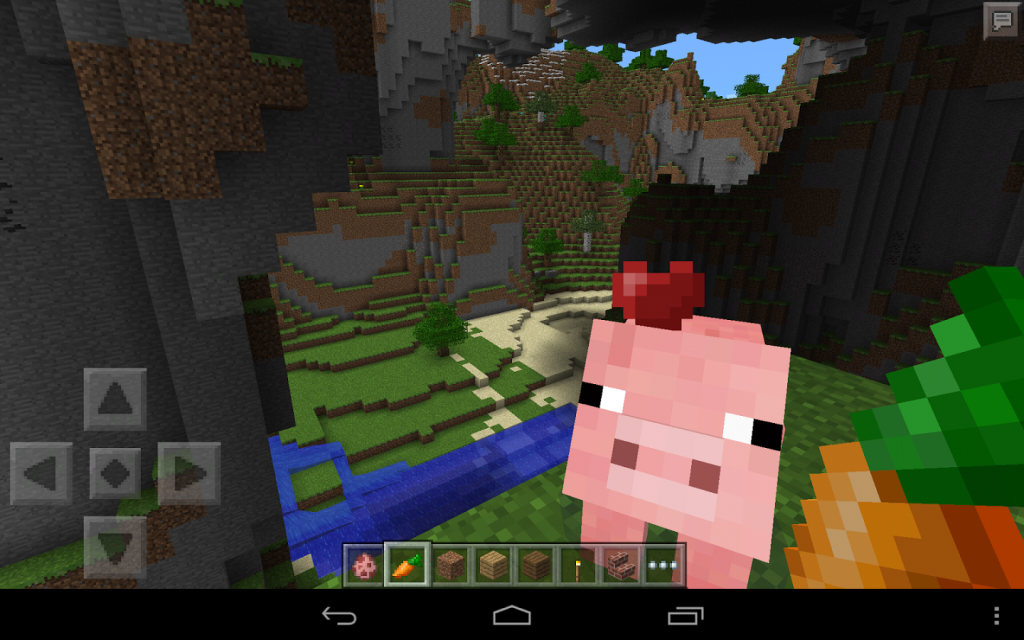 Being a paid game, Minecraft scores great on Google Play and a lot of reputable mainstream reviewers name it as one of the best games for kids. You place blocks to build your world and go explore it. It is a mobile version of the iconic Minecraft, but despite being somewhat limited in features if compared to its original counterpart, it still is a great developmental game that boost creativity, logical, strategic and spatial thinking.

There are two modes – creative and survival, with Wi-Fi multiplayer option and a multitude of randomly generated worlds, so all players, big and small, will enjoy creating, crafting and travelling. Make sure your device’s battery is fully charged, so it doesn’t cut you short in the middle of fun.

Another good part is you can buy the app once and install it on all your Android devices. Of course, younger kids will need a little guidance at first, but since they grasp tech stuff faster than adults, they won’t bother you much.

The game can be used for a wide range of learning activities promoting creativity, imagination, critical thinking and collaboration, especially for kids who are fond of construction toys like Lego. 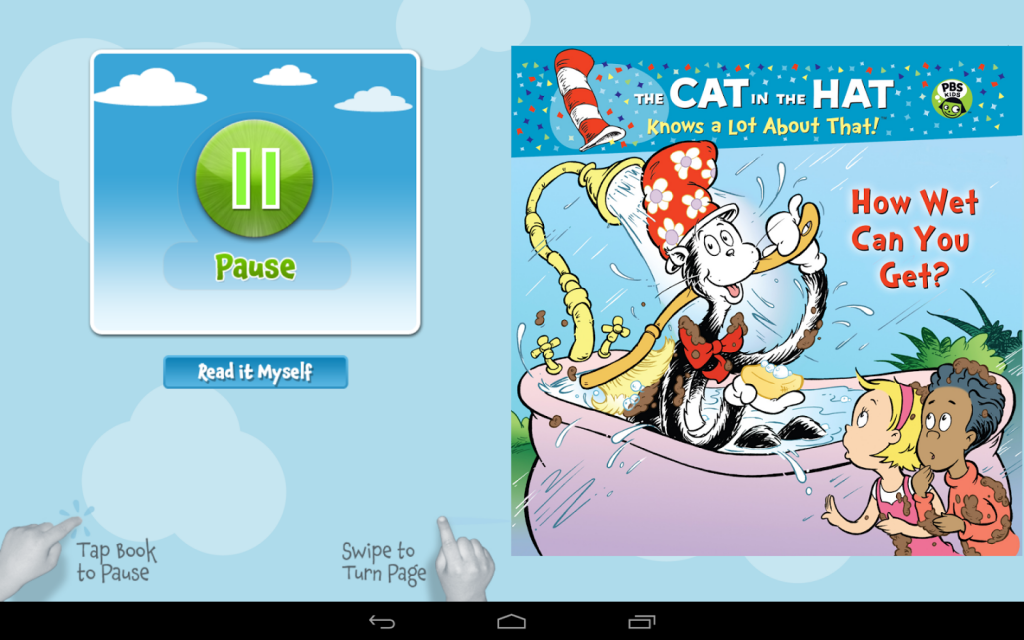 This is another really great introduction to reading for young kids. The library has more than 700 titles of the best fairytales and stories, available with voiceover and highlighting each pronounced word. The digital books in MeeGenius are what the modern kids need, in case they refuse to read the good old paper books.

There a 5 free books available, while the rest of the library can be accessed via in-app purchase subscribing to a $4.99 monthly plan. The assortment of books includes the classics, like Pinocchio, and MeeGenius original titles, Dr. Seuss, Sesame Street and P.D. Eastman. The app is highly acclaimed for encouraging children to read classics of the literature for children.

Be advised, however, that the books include audio, text and illustrations, but there are no interactive elements or areas. 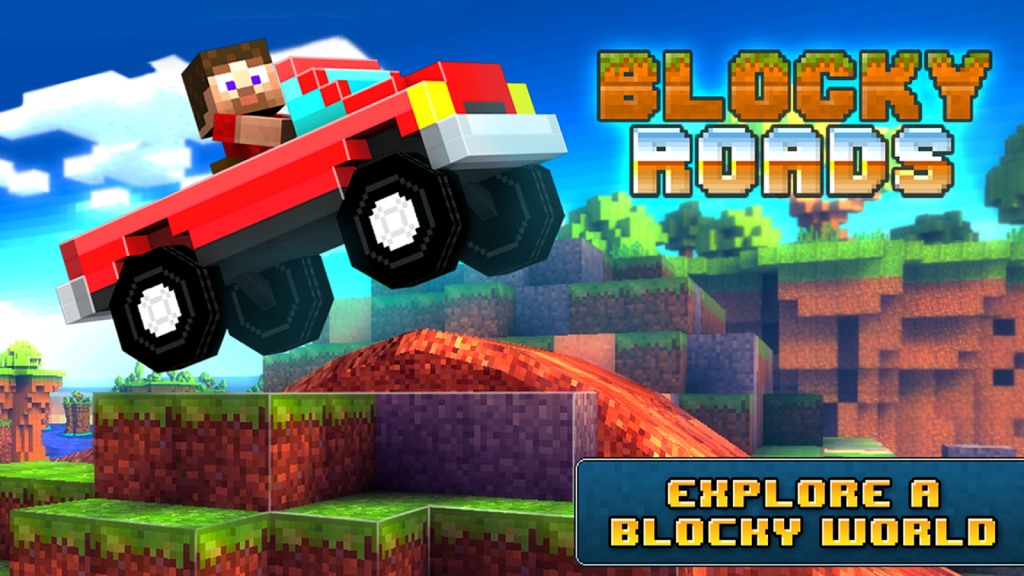 Blocky Roads will appeal to both young kids, teenagers and adults who are fond of fine racing games. The game has a definite Minecraft feel to it – your farm was devastated by a hellish tornado and you have to drive all over the world collecting its bits and pieces. You collect coins and gas as you race, and once you’ve accumulated enough coins you can upgrade various specs of your car, as well as the looks.

The blocky world looks colorful and great to race across the snowy mountains, green hills and deserts. The game is free, offering 3 tracks as a welcome bonus, while the remaining 9 tracks are available via in-app purchases. The character is also customizable, while the car editor allows you to paint and build your own car block by block. The graphics are outstanding and the game is both fun and educational, encouraging kids’ creativity.

That’s it for today, but if you have suggestions about some quality apps and games for kids other than Angry Birds, Bad Piggies and Candy Crush Saga, or God forbid the Flappy Bird, please feels free to contribute to the list, so that we can include your suggestions in the next one.