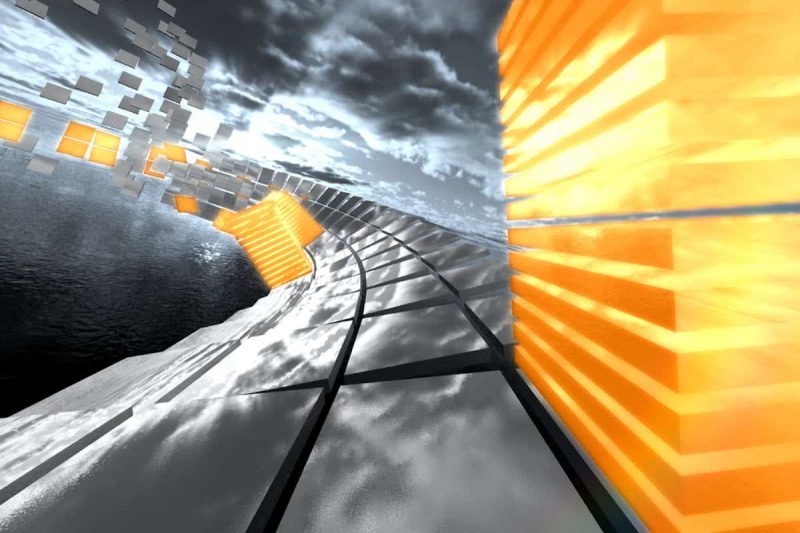 Let’s be honest and admit that a good endless runner is more than just a ‘coffee break’ game. At the very least it can make you realize you just spent the last hour or so trying to get to the next level, or completing some objectives, always thinking  “I’m soo close. How about I give it one more try?”.

Acutely aware there’s a big chance I’m going to serve you some very addictive games on a silver platter may I humbly ask you don’t hold me responsible if you forget to pick up your kid from school because you’ve been too ‘busy’ trying not to smash into stuff while playing one these hellishly challenging endless runners.

A number of games from this category have become popular to an almost unimaginable level such as Subway Surfers, Temple Run and Despicable Me. But these you probably know already, so we curated a list of amazing, yet lesser known titles, each and every one of them offering a different, refreshing take on the genre. 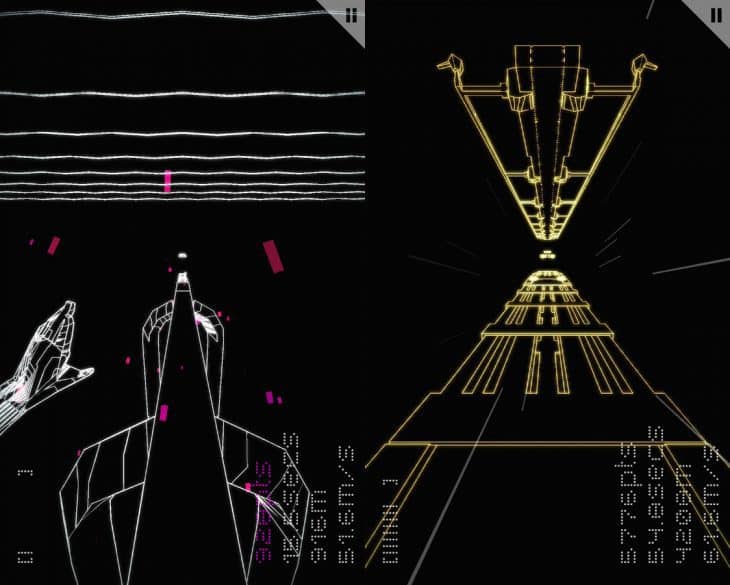 The wireframe environment of Fotonica looks deceptively simple yet it sucks you in with its artfully crafted animations that can make you truly feel the fast paced running and jumping through a variety of scenarios.

It’s very hard to balance the difficulty of such games but Fotonica managed to get it right as it’s definitely not easy but not impossibly hard to play either. Also, the music soundtrack pairs really well with the graphics adding that something extra to the atmosphere. Tap controls that are simple to understand yet will require precise timing and a splitscreen mode that lets you play with a friend on the same device are also great features that only make the game deserve way more popularity that it managed to gather. 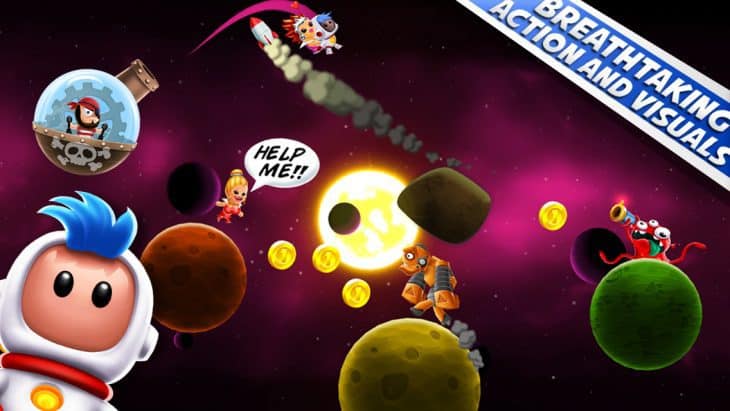 I honestly love when endless runners mix things up platform-wise and Space Chicks makes a fine example. The already familiar (but not stale) gravity jumping from planet to planet mixed with some classic spaceship flying make the game a worthwhile experience.

With smooth looking graphics and tons of objectives to complete, Space Chicks can give you a fun time as you’re jumping your way through space, saving more ‘chicks’ while killing some baddies and collecting coins along the way. 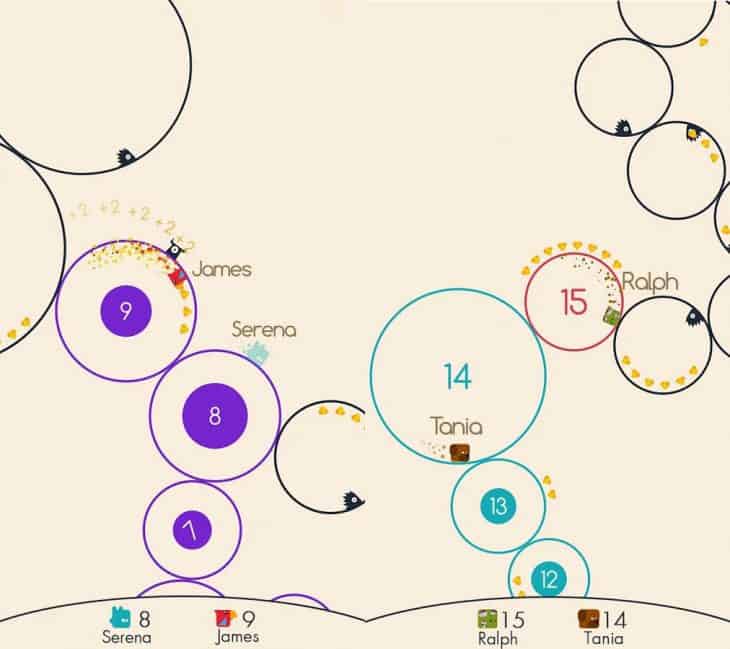 The name of this game makes me thing of a dog chasing its own tail but the mechanics are very different from that. Yes, the short version is you’re running circles, but you also have to get from one circle to another and that can only be done with precise timing.

Running Circles is a decent game in single player mode, but awesome while playing against a friend in the online multiplayer mode. The coins you collect while playing can be used to get new characters and pay to resume from the last location where you died – the latter is not the most desirable feature, but worth getting over if you want to play something exciting with a friend. 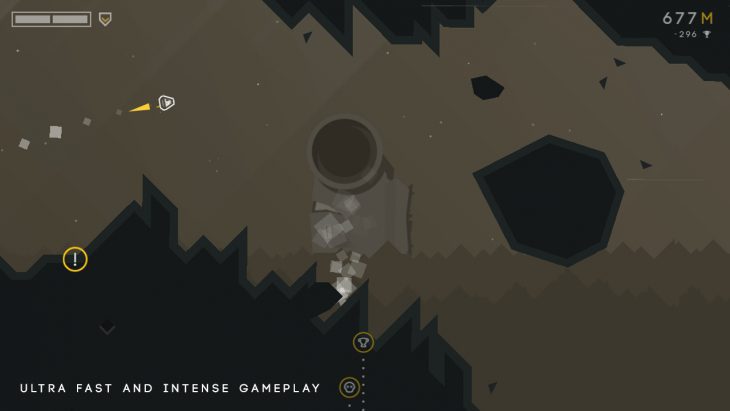 If you’re looking for a challenge Alone… is going to give you one in a dynamic space environment riddled with obstacles and intricate corridors through asteroids or some other kind of rocky formations. You’re flying a tiny space capsule at blazing speed by simply sliding your finger up and down to control its direction.

The graphics are some of the best I’ve seen in an endless runner, especially in motion and the soundtrack fits the game theme perfectly. Controls are very (very!) sensitive and you might need some time to get used to them, but once you do, you’ll enjoy Alone…. even more. 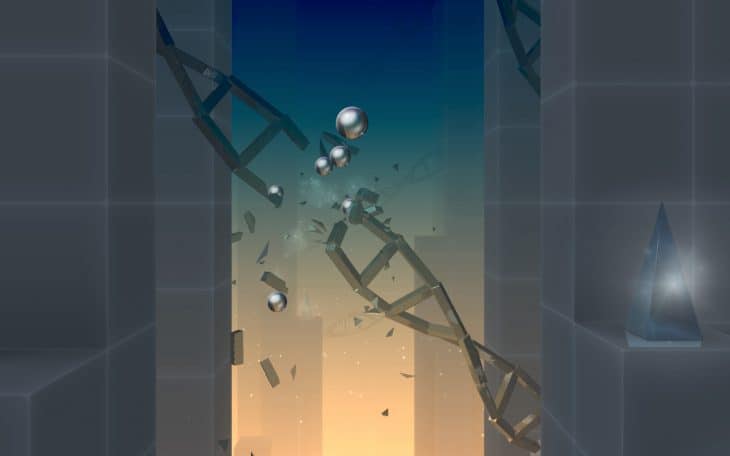 There’s something relaxing about playing this game I can’t quite place my finger on. Maybe it’s the sound of breaking glass as you’re smashing crystals with a bunch of balls or perhaps it’s the fact it doesn’t feel you’re just about to mess things up and die any moment. Either way, Smash Hit is far from the typical platformer, with beautiful graphics and many different areas to go through.

The game’s trailer says to ‘smash everything’, but really….you have to do exactly the opposite and smash only what’s truly in your way. And the beauty of the game is, you can’t really tell what’s actually an obstacle. Many objects won’t hit you, although they might seem like they’re going to. Being able to make the difference is practically the most important thing you need to be careful about when playing Smash Hit.

The freemium model used by Smash Hit is more than honest. The game is playable as a free title but purchasing a one-time $1.99 in-app upgrade will unlock more levels, support for multiple devices and the ability to resume the game from checkpoints. As a result, casual players can enjoy it without spending a dime. 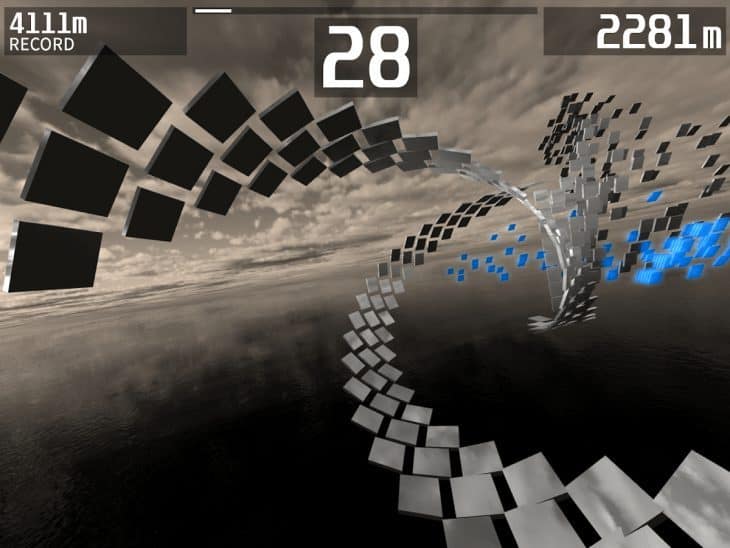 The dynamic and rapidly paced environment you get to play through in Storm Rush has a somewhat similar style to Fotonica. With its own clean 3D visuals on a stormy background, the path on which you have to travel at ultra high speeds builds right in front of your along with obstacles.

Everything happens very fast and if you enjoy a game that lets you test your reflexes properly, Storm Rush throws in quite the challenge. Adrenaline junkies should give Rush Mode a try, which adds even more difficulty as you have to reach each checkpoint before the timer ends. 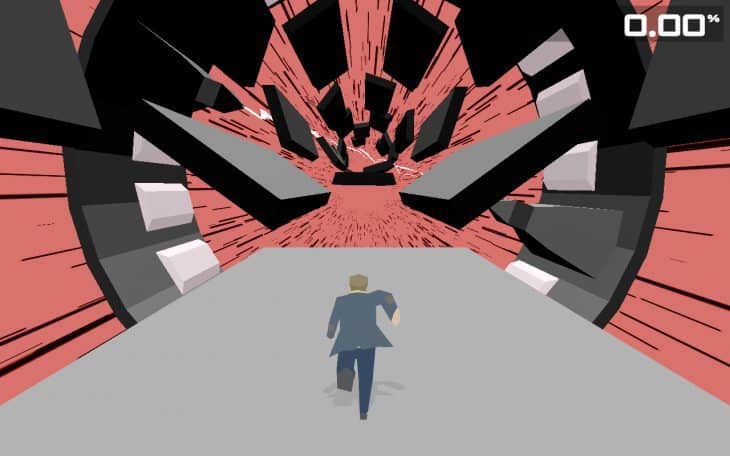 Boson X is another endless runner from the likes of Fotonica and Storm Rush with the graphics being a bit more simplistic, although still attractive in my opinion. The game makes you run through a rotating particle accelerator, and the path unravels as you go.

With long jumps from tile to tile with nothing but void underneath you and lots of flashing colors (Warning: the flashing lights can cause seizures in patients with epilepsy), Boson X can certainly get your heart pumping – not quite like if you were running yourself, but as close as you can get while sitting in a chair. As attractive as this title may seem to fans of the genre, be prepared for a really hard game and lots of retries. 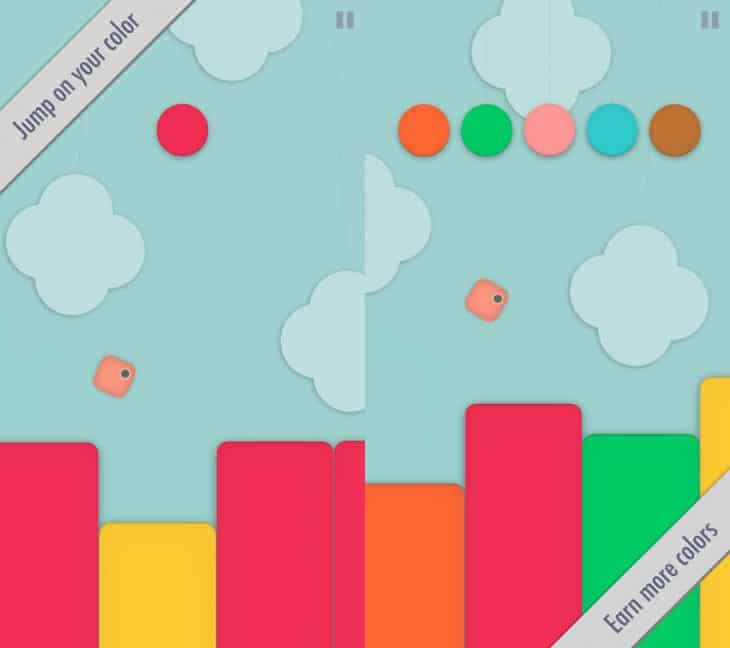 Please ignore the unusual name and check out the unusual (but cool) idea behind weseewe. The game largely uses classic platformer elements with an interesting twist. You’ll have to jump from one block to another, but you can only land on blocks of an active color. If you land on another color you’ll fall through and its game over. To finish it you’ll have to collect (jump on) 10 different colors.

Sounds pretty easy right? No. This game is not very easy, but I did find it to be way less frustrating than most runners I tried. The eye candy visuals and achievements you can earn sure make it an even more fun time-waster. 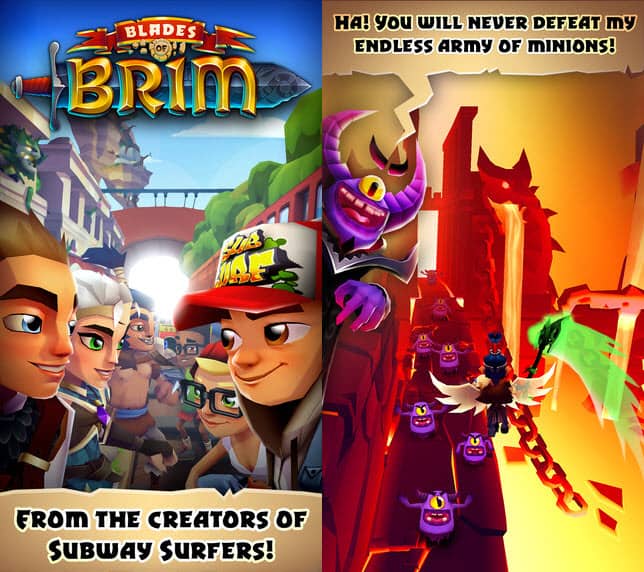 Blades of Brim is very much a mainstream endless runner, but a good one nonetheless and I felt compelled to feature it because of that. Developed by the team that also created Subway Surfers – one of the most popular endless runners ever – Blades of Brim is a freemium with beautiful, rich graphics and tons of content to go through.

In this game you play as a warrior fighting hordes of invading goons while running on a predefined path. The farther you go the more difficult and fast paced the game becomes and the animations look astonishing. Objectives offer some interesting challenges but also rewards that make it worth the effort.

Both in-game currencies can be earned by playing and purchased through IAPs as well, but the paid upgrades are not too intrusive and don’t ruin the free game.

How To: Create a Bootable USB Flash Drive to install Windows