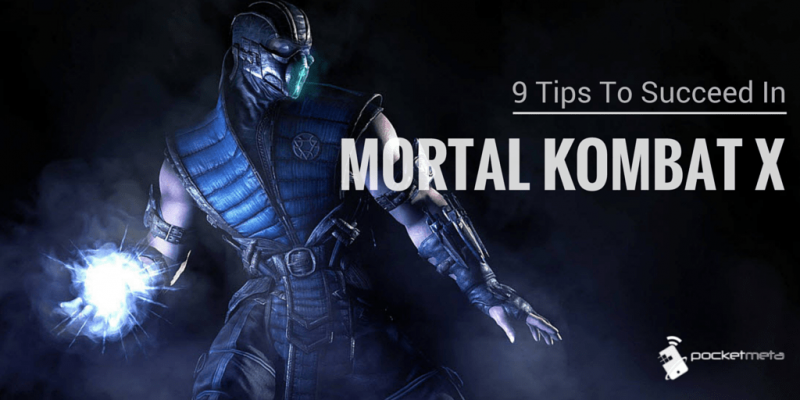 Mortal Kombat X for iOS is still fresh out of the oven and although Android users had to wait a bit more, the latest installment from the classic game series is now available on Google’s mobile ecosystem as well. Like in the previous titles, it’s not easy to master those bone crushing moves, but there’s a lot of fun involved while you’re trying to.

The amazing graphics and effects, the fatalities that can either shock or crack you up, the story (as unrealistic as it may be) and the old characters any Mortal Kombat fan knows and loves, make MKX an entertaining fighting game, to say the least.

To be honest, Mortal Kombat X is far from a simple game you can play to kill some free time, and to succeed you’re going to have to practice your fighting skills a lot, and probably take just as many beatings in the process. Even so, there are some clever tips and tricks any MKX player can use to ease their gameplay and progress.

Controls are simple but timing is essential

If you ever played Mortal Kombat on PC or console, you can leave all of that behind. The mobile version is very different in terms of controls. They are simple indeed – all you have to do is tap and swipe to execute attacks – which is definitely suitable for touchscreen devices. An arrow will show up on the screen when it’s time to perform the 4th and final strike of a character combo. Pay attention and swipe in that direction as soon as you see it. 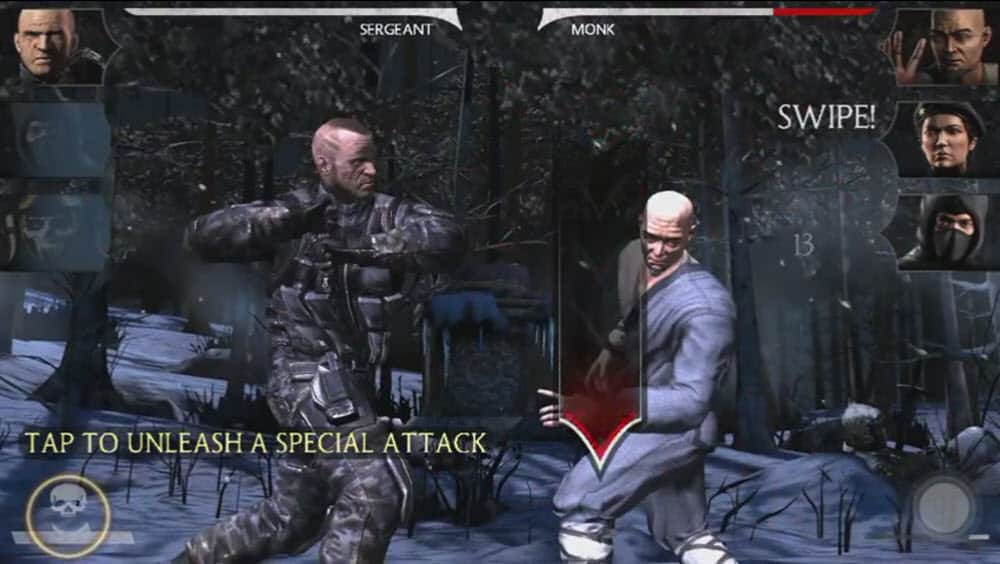 The special move of your Kombatant is shown as a glowing skull in the bottom left area of the screen. This move is extremely powerful, and you should always use it. However, it can be particularly useful when you need a combo finisher or the enemy is trying to pick himself off the ground and he’s vulnerable.

Also, it’s very important you know what your special moves actually do: some will stun or poison the enemy, others inflict direct physical damage, and some can even draw power from the opponent, so he won’t be able to use his own special moves too often.

Get more experience by replaying stages

Regardless of how skilled you are at tapping to crush the skulls and bones of your opponents, Mortal Kombat X will throw increasingly tougher enemies at you, and at some point skill alone just won’t cut it.

If you get to the third tower and your fighters are still Bronze tier, they will likely be obliterated by Silver tier adversaries. When you find your team is too weak to progress, simply go back and replay some stages to grind some more experience.

Use upgrades and equipment to make your team powerful 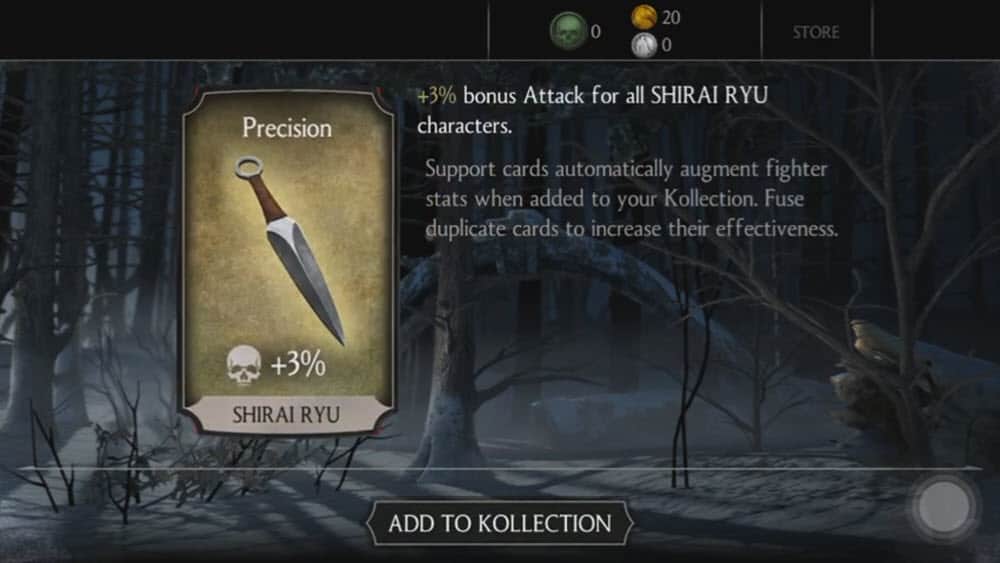 Equipment cards can be purchased in card packs or earned as rewards. If you go to the game’s Store, in the Support pane, you’ll find some individual cards you can purchase – just take a good look at those cards and consider their benefits, before you spend money on them. Buying a pack of cards would be better, but it’s also more expensive, so this is a viable alternative when you have a tight budget and really need a boost.

You can upgrade any of your characters, by accessing your Kollection and then, the related card. In the upgrade area you can buy Equipment, Supports and stat upgrades for your Kombatants.

Support cards can be a pretty powerful upgrade as long as you choose them wisely. Each type of character will have its own Support cards, so you should always spend your Koins on the cards that match the Kombatant’s type.

Save some cards for daily challenges

Every day you’ll get three new challenges, but to receive the rewards you’ll have to complete all of them. Even so, you can swap one of them, and don’t hesitate to do so if a particular challenge seems too difficult at the moment.

In many of these challenges you’ll have to complete fights with several fighters of the same type, so it’s a good idea to save some cards for this purpose. 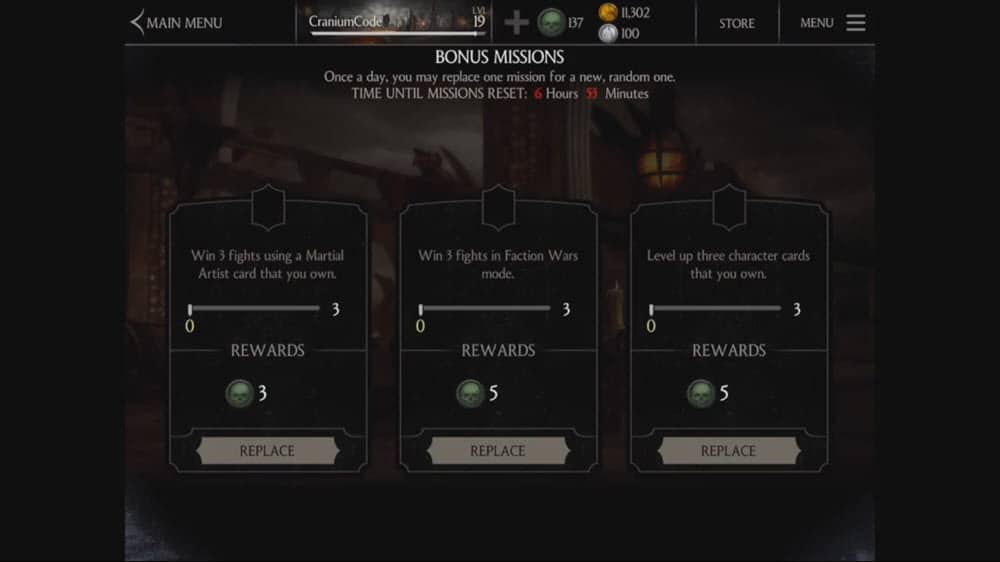 You can enter a bonus mission by accessing the Menu (from the icon in the top right corner of the screen) and tapping on Bonus Missions. You’ll get a different mission each time you do this, but the reward makes it worth the effort as it can get you 4-5 Souls per fight.

Login every day to get your bonus

The daily login bonus is frequently implemented in a variety of mobile games, including Mortal Kombat X. Practically, all you have to do is open up the game once every 24 hours and you can win Souls, Koins, Kombatant Cards and other cool rewards by doing so. You’ll be offered eight face-down cards and you have to pick just one, to get the daily bonus.

Besides the login bonus, there are also daily events. The objective usually involves defeating one or multiple bronze, silver or gold tier teams. It’s definitely worth playing them, since completing such an event will earn you some extra Koins.

In that order! As soon as you perform a combination attack, go into defense. More often than not, the enemy will attempt to retaliate fast and catch you in a vulnerable position. Your best bet is to block and then attack again. 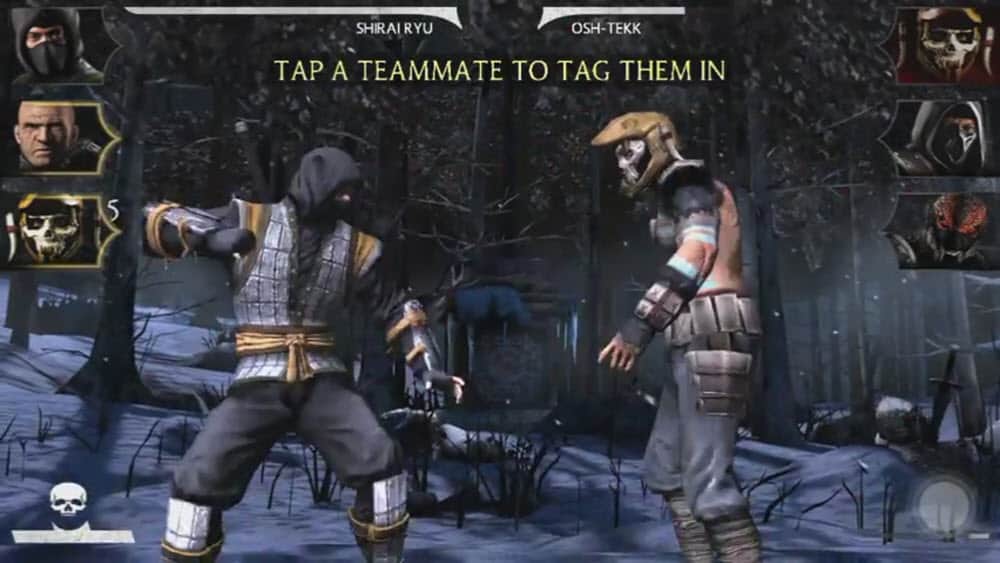 In this game, you’ll be leveraging a three-fighter team so you’ll be able to tag in and out to switch between your characters during combat. Pay attention to the health bar of your current Kombatant and when he’s low on health, tag out as soon as possible.

While he’s on standby, his health will replenish over time, so this is a viable strategy to get your health up and stand a fighting chance the next time you tag in.

Follow us on Pinterest, Google+, Facebook and Twitter to receive our latest apps & game reviews, news, tips and how tos for Android, iOS and Windows Phone. You’re also welcome to join the Pocketmeta forums for some more mobile games discussions!