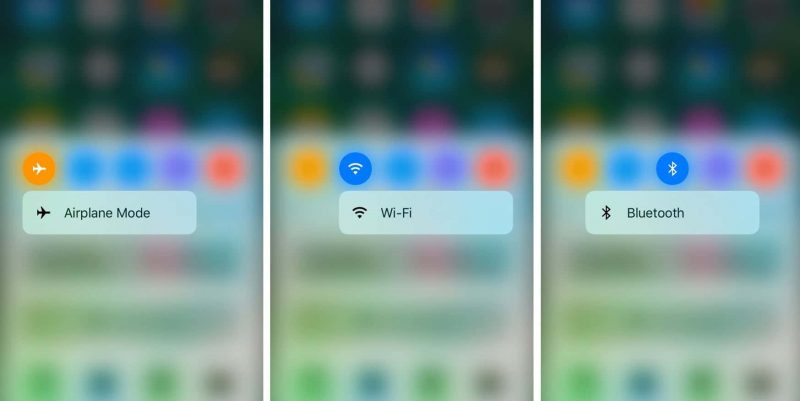 The iOS Control Center is quite functional as is, but if you own a 3D Touch enabled device, a new tweak lets you make it even more useful. CCTButtonActions tweak adds 3D Touch shortcuts to Control Center toggles.

This means all existing Control Center toggles get 3D Touch shortcuts to their respective preferences screens in the Settings app. By using a 3D Touch gesture on any of the Control Center’s toggle buttons you get a peek and pop menu which allows you to jump to that toggle’s advanced settings.

While this is not one of those life-saving features, it is pretty convenient and once you get used to it, there’s no going back. For example, if you 3D Touch on the Wi-Fi toggle, you will go straight to the Wi-Fi preferences pane. If you 3D Touch on the Airplane Mode toggle, you’ll be able to access this feature’s preferences pane in the Settings app. Obviously, it works the same way for all other Control Center toggles.

CCTButtonActions tweak may come in handy to those who frequently rely on Control Center’s toggles. None of the existing features are changed, instead, it simply adds more functionality.

The tweak doesn’t have a preferences pane, so you can go ahead and enjoy your Control Center 3D Touch shortcuts as soon as you install it.

You should know CCTButtonActions tweak works only with 3D Touch-enabled devices, so you can’t get around this using a 3D Touch simulation tweak. However, it is 100% free and supports both iOS 9 and iOS 10 jailbroken devices.

Also, it looks like the tweak is incompatible with Flipswitch and installing CCTButtonActions will uninstall Flipswitch (and Activator if you have it installed). If you’re not too fond of Flipswitch or you weren’t using it anyway, you can get it for free from Cydia’s BigBoss repo.