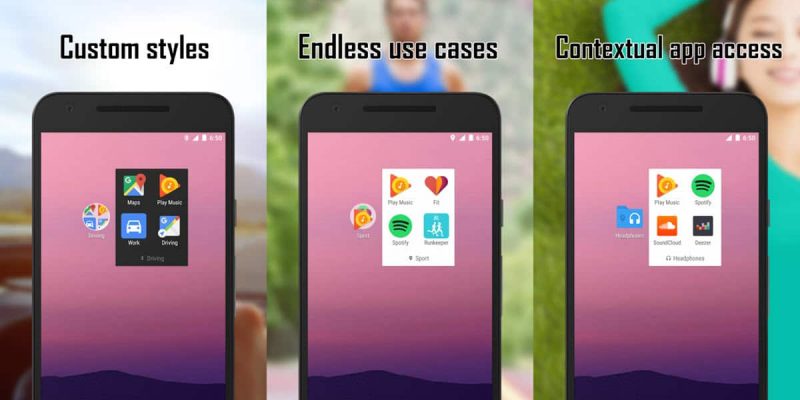 A new and awesome app lets you add a contextual folder to your Android’s home screen. If you’re wondering why you would need something like this, here’s how it works.

This not your typical folder. Depending on the actions you take on your smartphone, the folder will show you a different set of apps. These actions that can change the folder’s contents are varied such as connecting to a specific Wi-Fi network, while on a call, while you’re in a certain location or at a certain date / time, when a specific app sends you a notification and so on.

This is certainly interesting, since if you set up this folder right, you will always have the right apps at your fingertips.

The app in question is called Contextual App Folder, and the first thing you need to do is install it.

At first run the app will take you through a set-up guide. You will also see a disclaimer that lets you know the app is still in early development.

On the app’s main screen, you will be able to create your custom contextual folders.

To begin with, the “Default” folder needs to be customized. This is the folder that appears when no specific actions are taken. Tap on “Default” and choose the apps you would like to have in the folder by default then hit the OK button.

To continue, you can change the order of how the apps appear in the folder. To do this, tap on the three-dot menu button next to the “Default” folder, then tap on “Order actions”. Then, simply drag and drop the apps to reorder them and press OK when you’re done.

With the default folder set up, you will need to create at least one contextual folder, since this is the whole point of the smart folder. Tap the blue + button then choose a “Trigger Type” from the list – in other words, the action that will change the default content of the folder to the one you’re about to set.

As you can see, there are various triggers to choose from, and you can create multiple contextual folders, each with its own trigger. 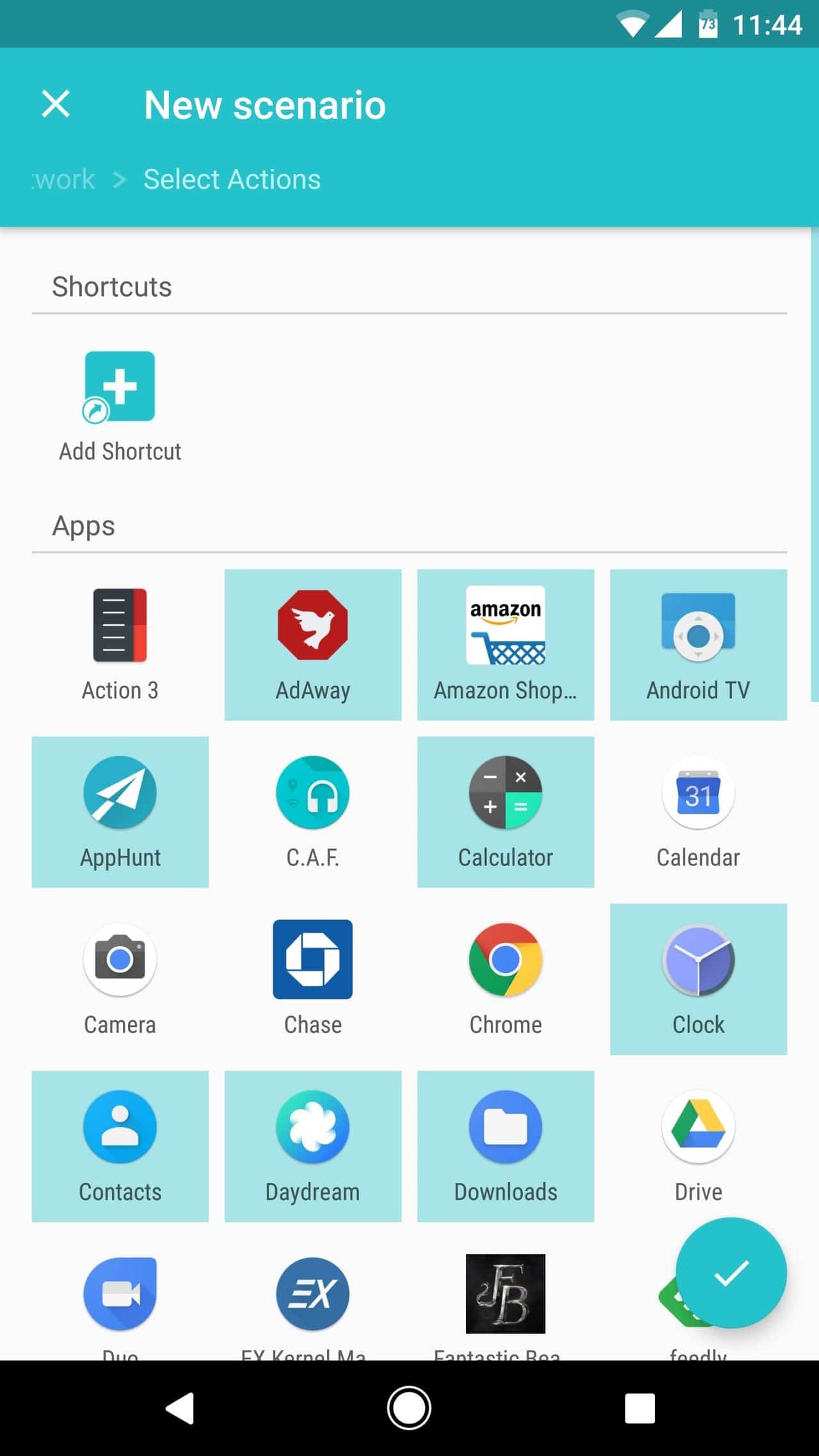 After you select the trigger you will also need to choose the apps that will be shown in the contextual folder when this specific action takes place. Tap on the blue checkmark icon to save the selection.

Once you create your first contextual folder, you can continue to add as many as you need for other triggers, repeating the steps above. 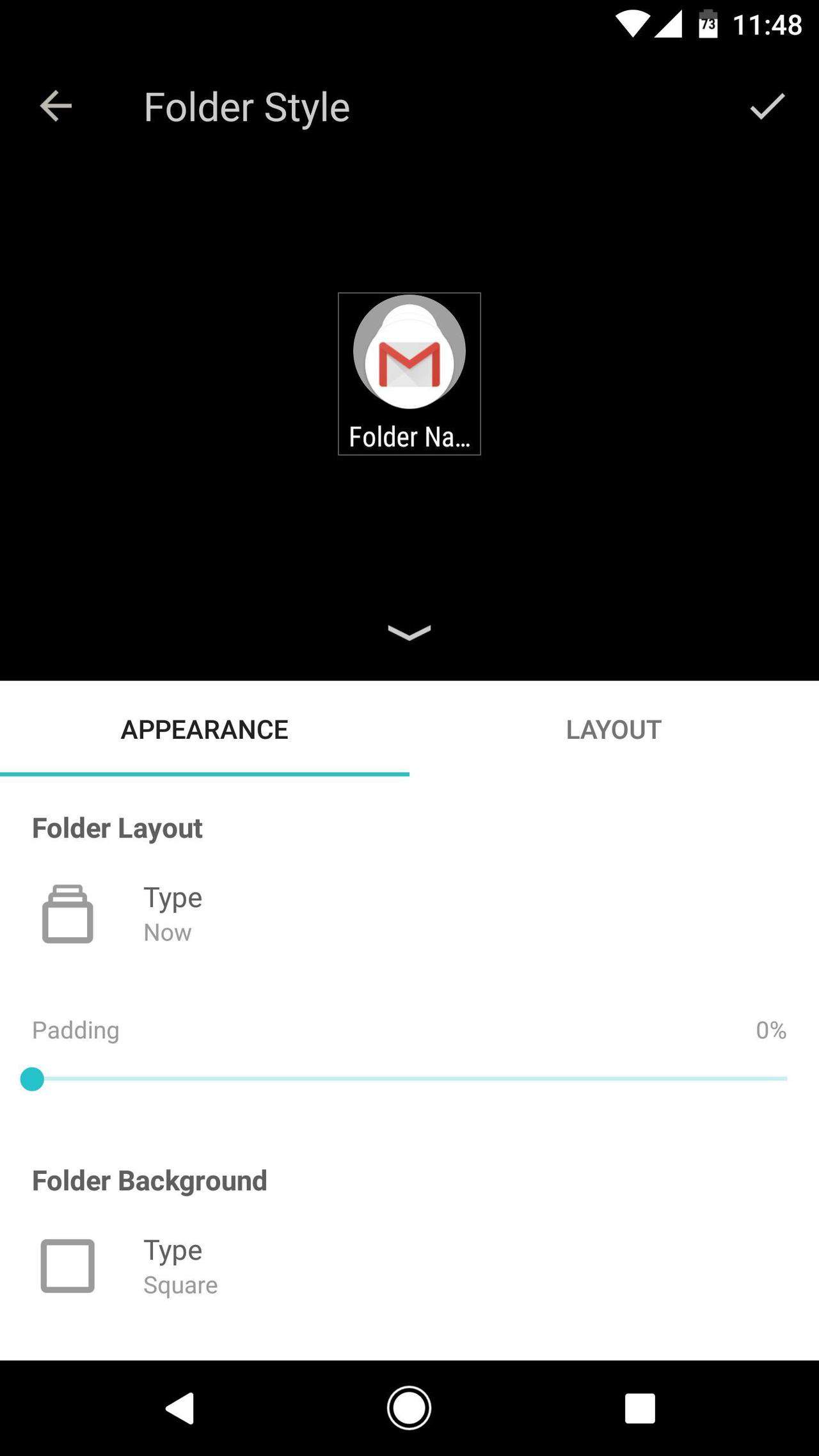 Next, we’re going to customize how the folder looks. To do this, tap the pallete icon in the upper-right corner. On the next screen you can change the folder’s background, layout and other aspects to make it match with your home screen. 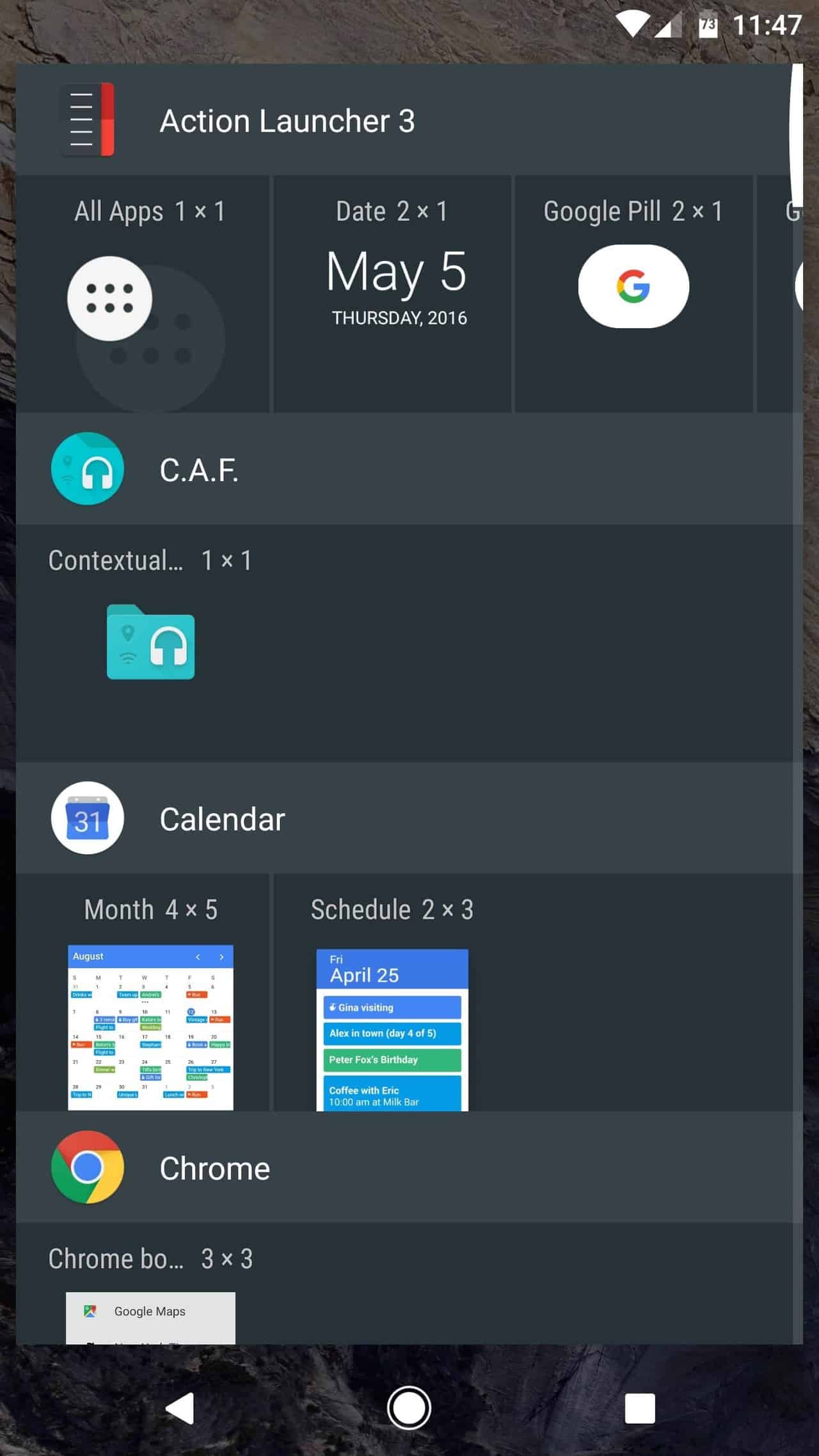 Finally, to add the folder to the home screen, long press on an empty area of your home screen and select “Widgets”. Then, long-press the widget called “C.A.F” and drag and drop it on the home screen.

Contextual App Folder is a free app, and even though it’s still in early development, it worked flawlessly for us. Also, it’s certainly a simple way to add a contextual folder to your Android’s home screen which provides a convenient method to access exactly the apps you need at the right time, in a clutter-free setting.