One of the biggest controversies of the mobile gaming, Candy Crush Saga, is racking more than half a billion downloads. It is only about a year old, and it gets players of all ages addicted to its match-three colorful game.

Candy Crush Saga’s developers, the King, have recently hit the headlines for trying to trademark the words “saga” and “candy”. But the worst of all was the copyright skirmish that made the King look pretty ugly in the eyes of those who are not indifferent to copyright issues in mobile gaming and tech industry.

Recently, Candy Crusher’s developer Albert Runsom published an open letter ignited by King’s attempt to scrub the trademark rights by buying all the rights to his 2010 game. Runsom accused King of copying his app, and claimed Candy Crush saga was a “knockoff of his game called CandySwipe.”

The developer claims the candy and the encouragement within the app are too similar to the ones he developed in his initial game in 2010. “You have taken away the possibility of CandySwipe blossoming into what it has the potential of becoming. I have been quiet not to exploit the situation, hoping that both sides could agree on a peaceful resolution. However, your move to buy a trademark for the sole purpose of getting away with infringing on CandySwipe trademark and goodwill just sickens me.”

Irrespective of whether you are addicted to Candy Crush Saga or not, whether you care about copyright infringements and support fair business practices in the mobile gaming industry, or simply if you dislike the fact that CCS requires too much of in-app purchases to let you advance, here’s the list of some of the finest alternatives that can keep you entertained as you commute. 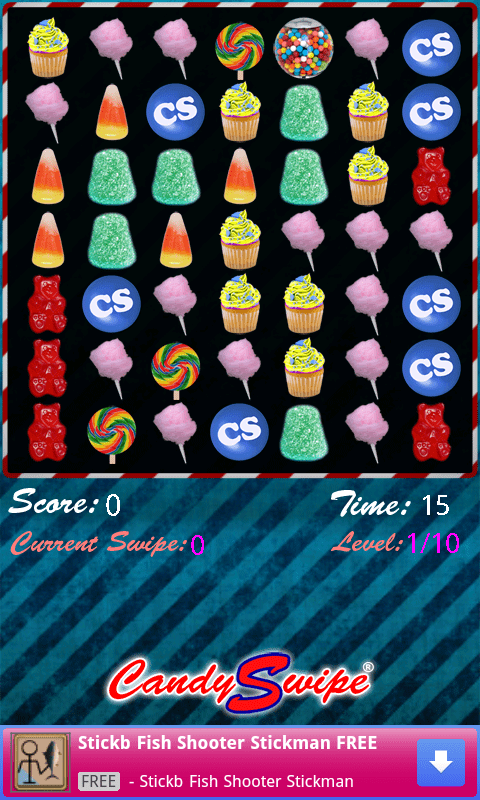 CandySwipe is still available for downloading both in free and paid versions from the iTunes store and Google Play. Apparently, many CCS players have started boycotting it in favor of CandySwipe. The game boasts of high user rating of 4.4. CnadySwipe may need some update in terms of visuals, but it is free and fun matching game worth your attention. You have a limited amount of time to manage as many gummy bears, muffins and candy as you can. Unlike Candy Crush Saga, CandySwipe allows you to match diagonally and in weird shapes as long as the candy can be connected. Overall, this game seems easier and a lot more rewarding to play than its famous counterpart. I would recommend this game for those who derive nothing but frustration from CCS, and seeks fun and relaxing games instead.

Dots: A Game About Connecting 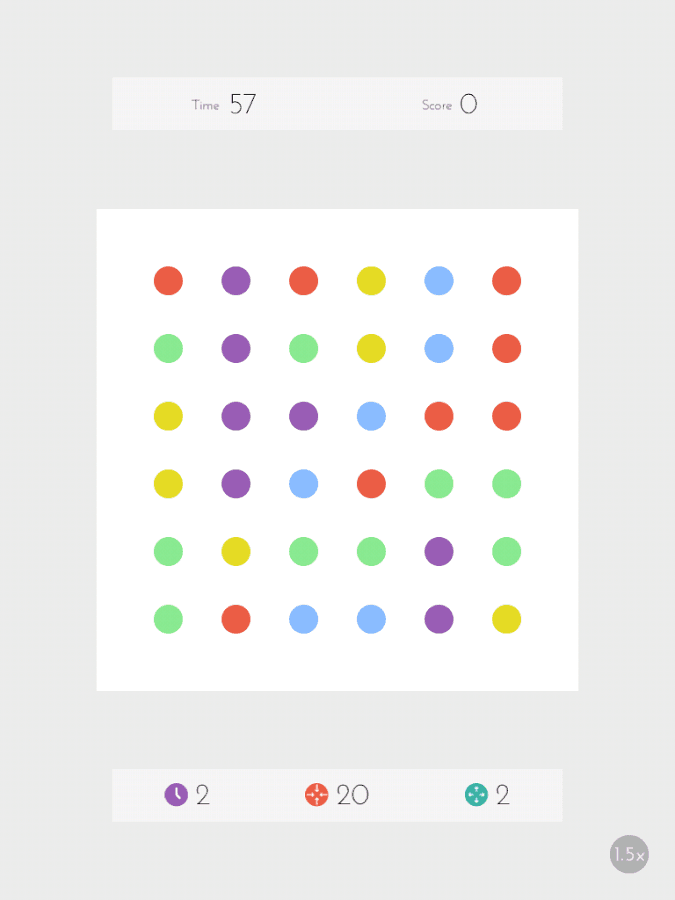 This one is a beautifully designed matching game for those who like simplicity and subtle animations. The visual transitions are smooth, and the colorful dots on a white background are styled in the iOS 7 design theme. The free game offers the limited amount of modes to play – you have 60 seconds to connect as many dots of the same color as you can, or choose to score as high as you can having only a set number of moves. The paid version, or in-app purchases offer power-ups and additional levels. The game is extremely simple, yet very engaging and addictive. It is not ad match-three game, and you can connect squares and other geometric figures provided the dogs of the same color are arranged in the connectable lines. The more dots you connect, the higher is your score. Forming a closed shape kills all the dots of the same color on-screen. The timed mode stimulates quick thinking and reflexes while the turn mode makes you use your brain power to get the most out of a limited number of moves. The paid version offers an unlimited mode, where you have neither time nor move limitations. 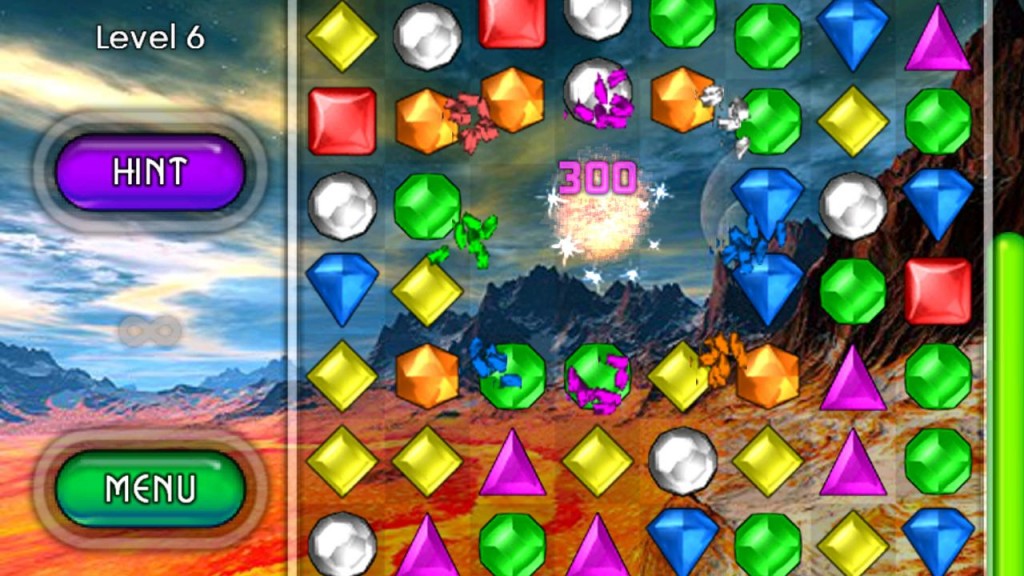 This one is a paid app from the developers of Plants vs Zombies, and it has been getting us addicted for years now. In Bejeweled, you have five different modes and plenty of achievements that keep you coming back for more. One of the best modes is the Diamond Mine, which makes your race against the clock to reveal the hidden treasure. Besides, Bejeweled presents beautiful gems, unlike its candy counterparts. Actually it was Bejeweled that set the entire matching-three craze in motion. And if you’re still looking for an excellent match-three alternative, there is no better than Bejeweled, even though it comes on an expensive side, and offers only 60 seconds of a demo mode, Bejeweled Blitz. 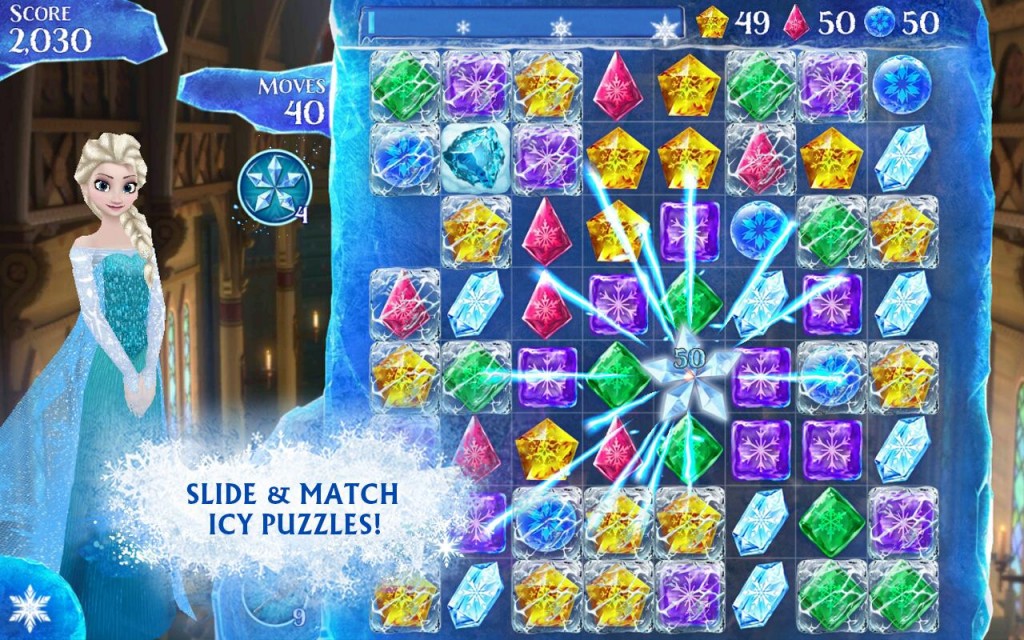 Disney has released Frozen Free Fall to match its Oscar-winning movie launch. This match-three game offers a whole lot of 75 levels to play, and as you proceed, you unlock new characters with unique power-ups. It’s a fun match game inspired by the icy princes and the funny snowman, and we imagine lots of adults playing it along with their children. 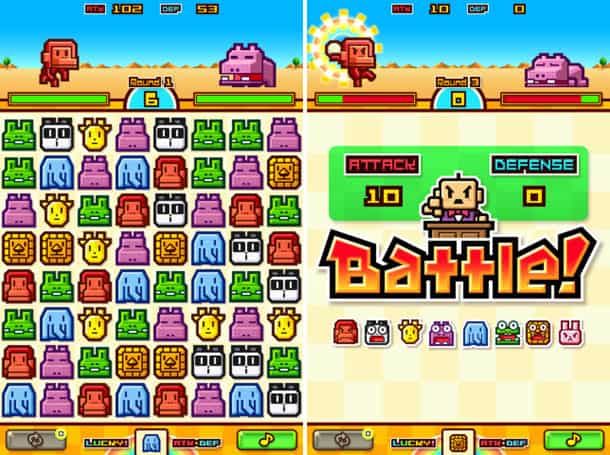 The game originated from Ninetendo DS and according to hundreds and thousands of users this is the best match-three game ever made. This game represents what a match-three in its purest presentation should be; more importantly, it is delivered flawlessly. One of the best tricks about it is the game allows you to make the next move before the grid has finished rotating reacting to the last move. The game accounts for over 10 million purchases and downloads for phones and tablets, which sounds quite impressive. Then, there is something even more addiction – threatening as Zookeeper Battle. This is a two-player version of the Zookeeper, where your moves on the grid create both a defensive and attacking the score, which is then compared to your opponent’s score from the same grid. Each of the opponents has his life bar, and you need to score the best to wear it down. However, you’re not protected against in-app purchases to let you play more, but this is a great alternative to those who would like to show their protest against King’s sugar loaded game. In addition, there is a light PC flash version of the game available here. 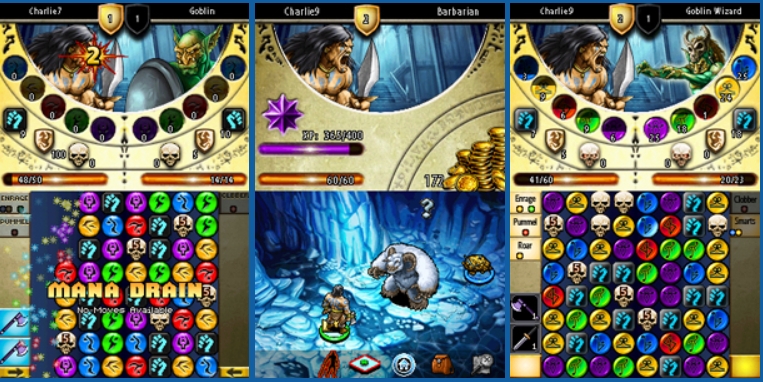 This game is somewhat a level higher of the casual nature of Candy Crush Saga, but definitely a worthwhile one. It is engaging, addictive and will keep you engrossed on your way to and from work. It combines the match-three game with an actual RPG, and despite its apparent simplicity, it gets involving and challenging. At first, you need to pick your level, which basically only affects which color of the gems are powerful for you; then you choose weapons, pets and spells. And so you do every time as you progress. This game has a story to it, which keeps you coming back for more and makes you want to proceed with this epic matching quest. You fight monsters in an enormously satisfying win; besides, the game is packed with mini games offering puzzles and tweaks. This one is less casual and one of the best match-three quests you can imagine.

The Puzzle Quest 2 is a freemium, and it would cost you to get the full version. Besides, there is the Puzzle Quest: Galatrix and Marvel Puzzle Quest, which is packed with in-app purchases, but some recent revelations show users spend the total of $130 on these games, so we do not advise you to go that far.