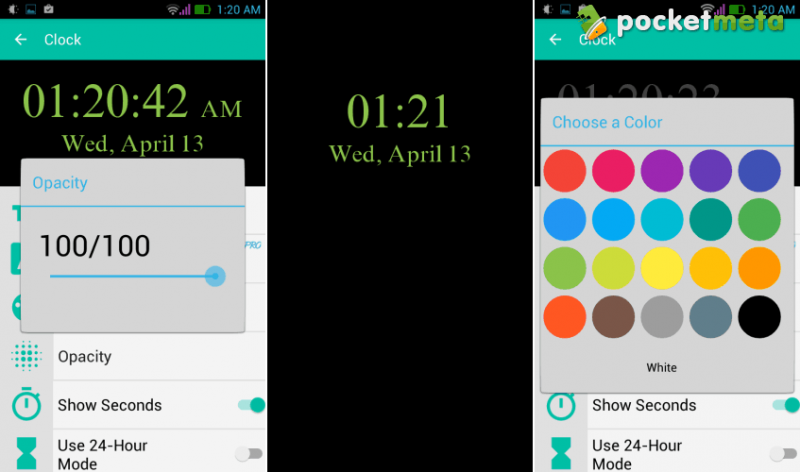 If you want to have that Always on Samsung feature on your older Android device, as old as Android 4.0 for example, you can easily have a neat clock displayed on your device at all times. Always On Ambient Clock is a free app, with optional in-app purchases, that does just that – puts a customizable clock on your screen, which is always on. You no longer need to reach out to your phone or tablet to check the time. We have tried the app and here is how it looks.

Most important, however, is the option to adjust the clock’s opacity, so if you care to save your battery juices, it is recommended to slide the opacity to the lowest levels.

The app will display the time when you lock the screen. It’s a pitch-black background with the clock that works best on AMOLED screens, and some others.

Here are a few things to keep in mind. The app won’t auto-start if you kill it with a task killer. Also, it does not work with third-party lockers. The extra features include double tap to unlock, missed calls and texts notifications. Whenever you put your device in your pocket or close it with a magnetic cover, the clock is hidden. Additionally, the clock moves every 10 seconds to prevent burn-in.

Battery-wise, this is not something you will want to run 24/7, but it’s an awesome way to turn a tablet or a phone into a bedside clock. The fact that it lets you dim the brightness and adjust the opacity to have the digits eye-friendly when you look at them in the middle of the night, and want to go back to sleep, makes it a great alternative to other clock apps that look strikingly neon in the dark. 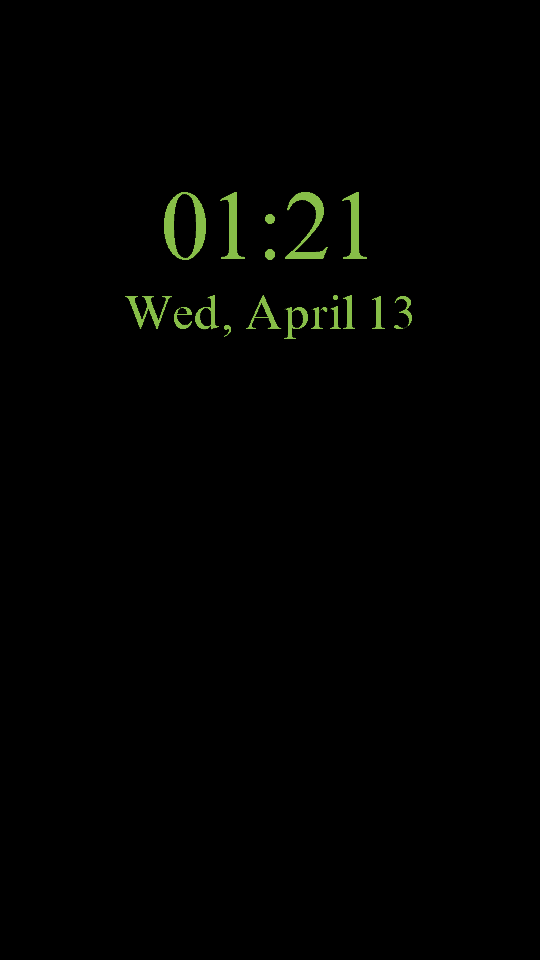 There is a reason why it’s recommended for AMOLED screens, which turn off black pixels. The background is black, so the battery consumption goes toward the clock itself, not the entire screen. Yet, the app can run on some other devices, but the drain will be significantly bigger. Keep in mind, though, that, according to the developer, the app consumes about 2% of battery per hour. If you leave your device with Always on Ambient Clock running for the night, multiply that by the number of hours you plan to sleep. Your mileage may vary, of course, depending on all the other processes running in the background. So, unless you plug it in, you may want to enable a doze mode, or a flight mode, or whichever battery-saving mode that suits you best.

It is worth mentioning it’s an indie app, and a work in progress, while the developer seems fast to respond to feedback. I have not encountered any bugs in my time with it, but it does not mean there aren’t rough edges. For example, an auto-enable feature would be nice, if some users want to use Always on Ambient Clock at all times. Miscellaneous issues have been reported, and it seems most of them are device-specific, so you won’t know until you try. As I said, I have not encountered any so far. Provided the app is free, it’s a great deal. Try it.

Make sure to follow PocketMeta for more news, guides and reviews of mobile apps and games!