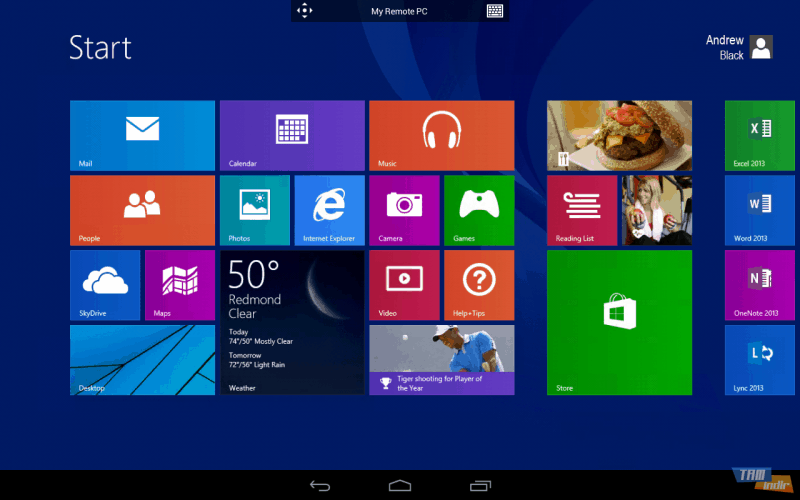 Microsoft releases a update for the Remote Desktop app that allows for NetBIOS name resolutions. Basically, no more IP addresses.

Microsoft’s Remote Desktop app is used to remotely connect and control Windows computers. It’s an incredibly useful app to have on your mobile device considering that it gives you full access and control to a computer. The app has only been around a few months and has already received a few updates, which seems pretty generous considering Microsoft is updating a app for a competing platform. The most recent update 8.0.3 has included probably the most useful new feature: NetBIOS.

For anyone that doesn’t know what NetBIOS is, I’ll do a little explaining. NetBIOS is an acronym for Network Basic System, which provides a service related to the session layer of the OSI model allowing applications on separate computer to communicate over a network. Basically this results in each computer on the network having both a IP address and a NetBIOS name (which would be the host/computer name). For those of you who could care less about the tech behind how it works, you can just think of it as putting a name to a address in a phone book. Now instead of connecting to a computer by IP address (a series of numbers) you can connect to a computer with its host name (computer name).

Previous updates to the Remote Desktop app included better stylus support, better zooming features, and a assortment of bug fixes and performance enhancements. You’re still going to need to have a version of Windows that supports Remote Desktop in order to use this app to connect to a machine on your network. Any professional or higher version of Windows XP, Vista, 7, and 8 should include this.

Microsoft Remote Desktop is free to download and use on the Google Play store. It requires Android 2.2 or higher.