Android devices are now coming with ever better and bigger screens and a lot of HD content to go with them, so now you can turn your Android smartphone or tablet into a portable TV. Android’s open architecture and developer marketplace allow users replace native Android the video player with a large variety of supreme media applications. They allow you to get the most of your device and enjoy the features you need. Some of those players are light and easy to use while others present highly configurable powerhouses. Here’s the list of some of the best Android video players on the Google play as of now. 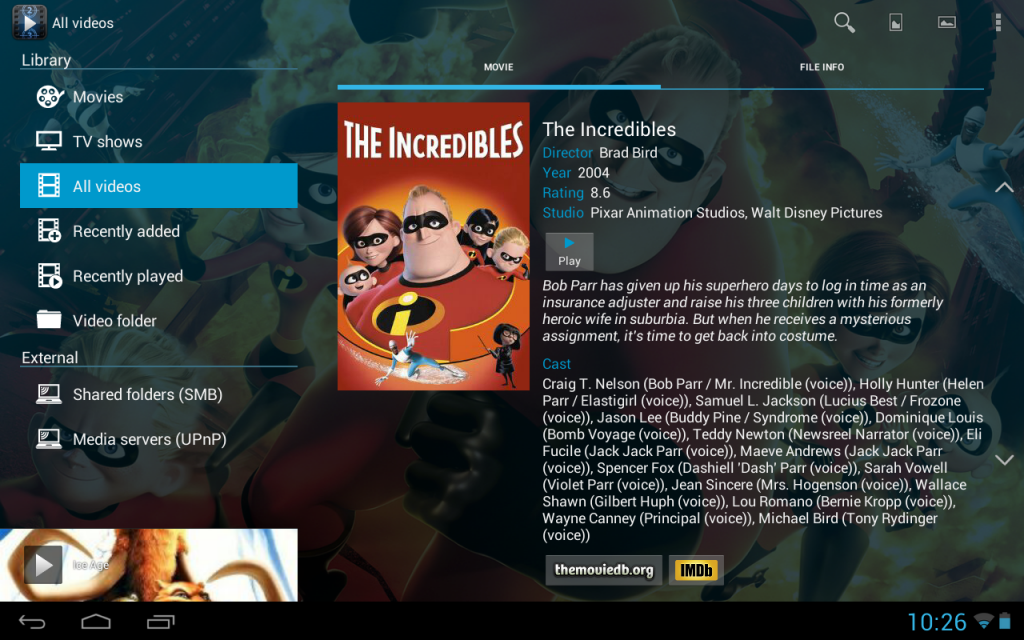 Besides creating some really affordable Android handsets, Archos is also renowned for building solid Android software, including video player app. The Archos Video Player comes with a large arsenal of advanced features and supports numerous formats and devices using hardware accelerated playback. This player offers subtitles support and a standalone subtitle downloader, as well as a full network playback support. It can retrieve shows and movie details and poster art automatically from the Internet. The library view is visually impressive, and if you are a compartmentalizing  geek and like having visual displays when you browse through your video files, you should definitely try out Archos Media Player. MX Player is an excellent Android video player for general purposes, offering a perfect blend of usability and impressive features. The app offers spacious viewer uncluttered with too much of the information and supports all sorts of swipe gestures and pinch-to-zoom. What is more important, MX Player features software and hardware decoding to be able to support a large variety of file formats. On the main viewscreen, you have a screen lock, variable aspect ratio and subtitle controls while the rest of the tweaks reside in the settings menu. Bear in mind that this player may require an additional codec pack, but it depends on devices and the app automatically scans your device after installation. The free version is ad -supported, but you can remove the ads if you purchase the Pro version. 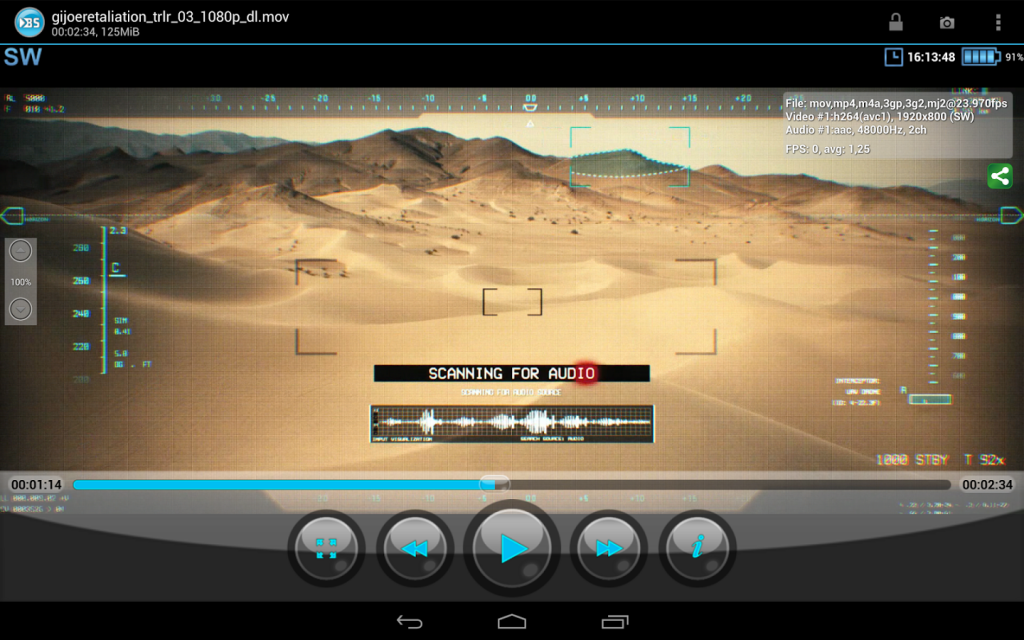 BS Player is a solid video player for power users. It features hardware and software decoding and supports a large number of popular video formats. The interface is clean-cut and supports swipe gestures. In addition, this player has a variety of skins to customize the UI to suit your liking. BS Player supports subtitles, as well as built-in subtitles in MKV files. In addition, BS player can search for the appropriate subtitles online. “Pop out” window is one of the greatest features of this player and can be used to watch videos in a smaller window above other applications. The official android VLC Player was launched last year, and the developers continue to improve the user experience according to the feedback. To match the powers of its desktop counterpart, VLC for Android devices supports almost any video format file type. Multi-audio and subtitles support paired with aspect ratio adjustment make it quite a powerful player, but bear in mind that Beta status means the app might be unstable and buggy. Nevertheless, VLC is quite a superior video player, and we recommend you give it a try. 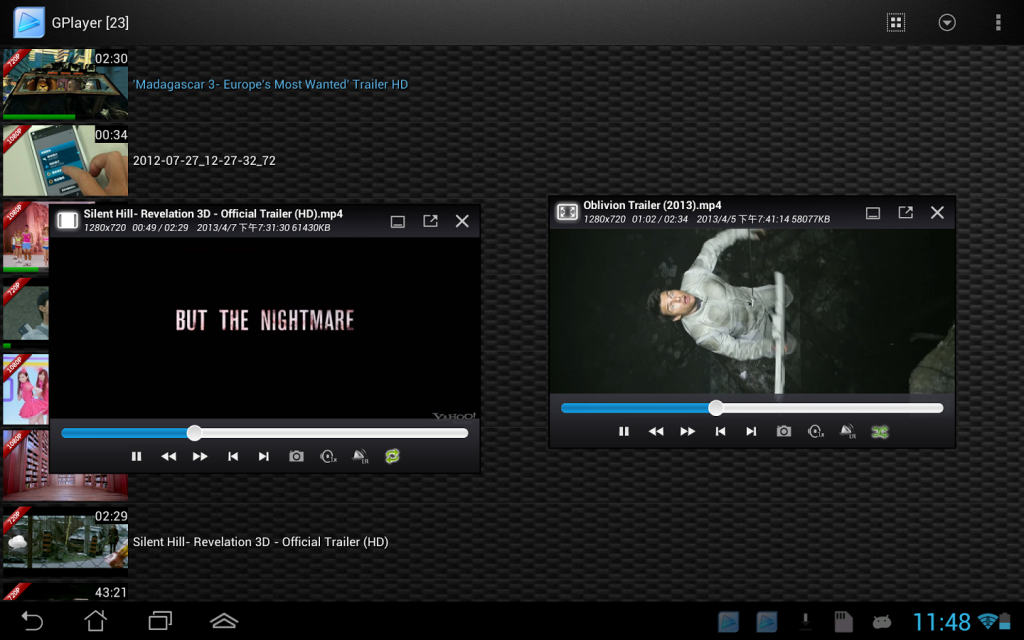 This player offers a beautiful floating window to watch media even when you’re busy doing other stuff on your display. Window mode of this player really stands out from the crowd because it supports multiple video panes open simultaneously, even though only one audio streaming can play. This player works smoothly in full screen mode and, of course, it supports a large number of file types including MKV, as well as subtitles, be it external files subtitles or it built-in. The only drawback is the playback controls may seem too small for some users. 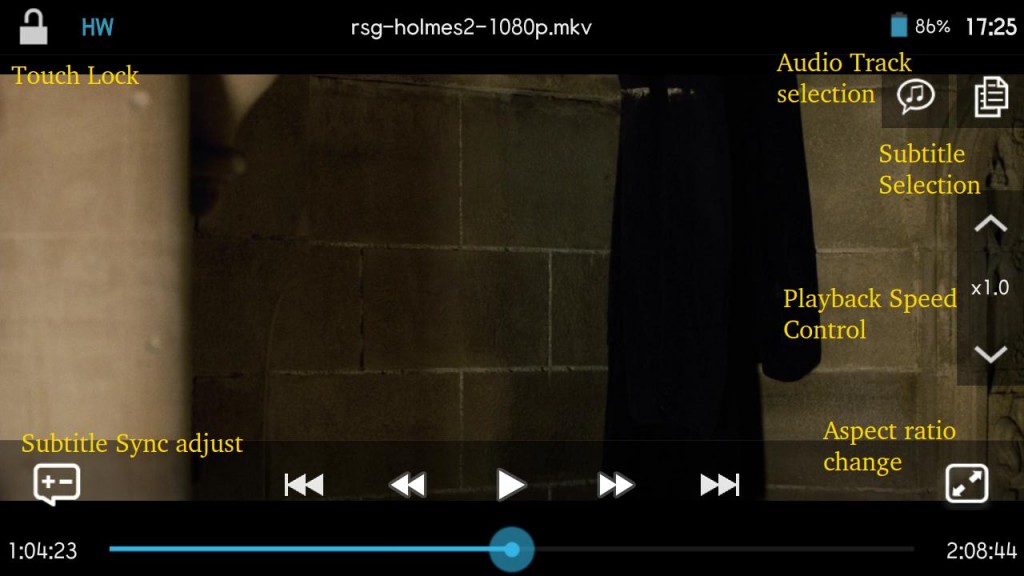 This player offers awesome interface and some nifty playback features, such as pop-up play and network support. The viewing pane is clean and uncluttered, and offers a view lock, playback speed controller, playback controls, multiple subtitles support and audio track, aspect ratio adjustment and even subtitle synchronization calibration. You can stream media files from FTP and Samba filesharing thanks to network playback support, which comes really precious if you have your own home network. 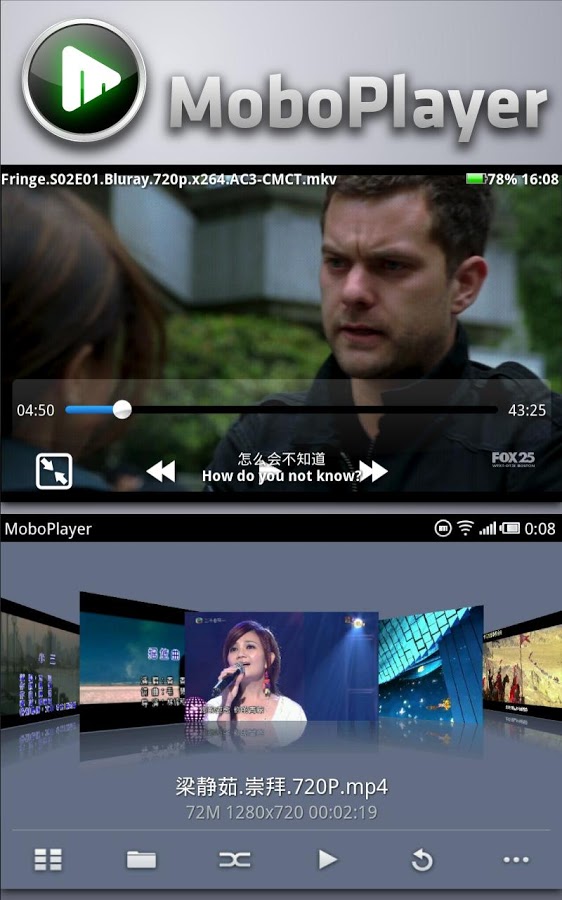 Mobo player is one of Google Play Store’s favorite applications – it supports a staggering amount of file formats, even the ones that your device does not normally support, and it does so through the use of software decoding. Mobo Player supports multiple audio tracks, on-screen subtitles, library management mode, media streaming and a Cover Flow view. A floating window mode keeps your streaming flow above other applications as you work, text or call.

This Nullsoft free Android media player used to offer a comprehensive solution in playable media management. Winamp synchronizes smartphone playlists with Winamp’s content on desktop computers via a USB connection or Wi-Fi. You can also customize your playlists on the go. Winamp for Android displays the basic media information, such as artist, album and the title, and interacts directly with Pandora, YouTube and Amazon’s MP3 store. Even though developers took time off to refurbish the app, we are impatiently waiting for its new iteration.

Which one did we miss? Let us know in the comments below about your favorite video players for Android handsets.