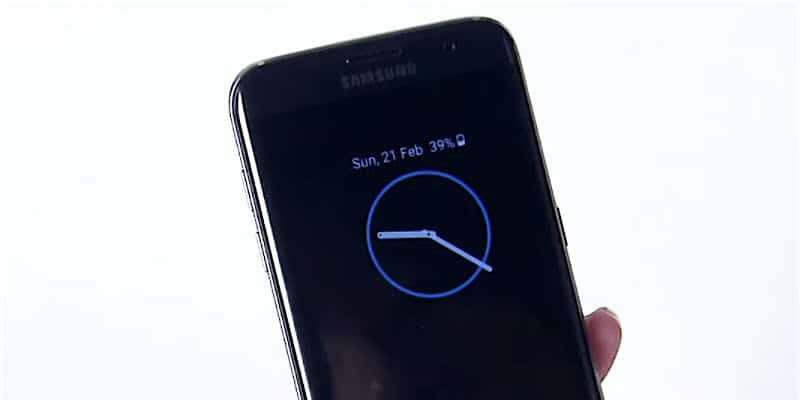 The Samsung Galaxy S7 and S7 Edge have received a warm welcome from the Android community and among their most notable features is the ‘Always On’ display. It leverages the AMOLED display to show various types of information at a glance.

This includes the calendar, system apps notifications and the current time. It works by lighting up just a small amount of pixels on the AMOLED screen so you can see all of the above-mentioned information with no need to turn on the display and depending on how often you do that, save some battery in the process.

The ‘Always On’ display is only useful for phones equipped with AMOLED screens of course, so as long as you have an Android device with this type of display you can get this feature even if it’s not a Samsung Galaxy S7 or S7 Edge.

Developers have stepped in to provide this feature even to those who are not willing to switch to one of the latest Samsung handsets, so check out these four apps that bring the Samsung Galaxy S7 ‘Always On’ display on any Android phone. 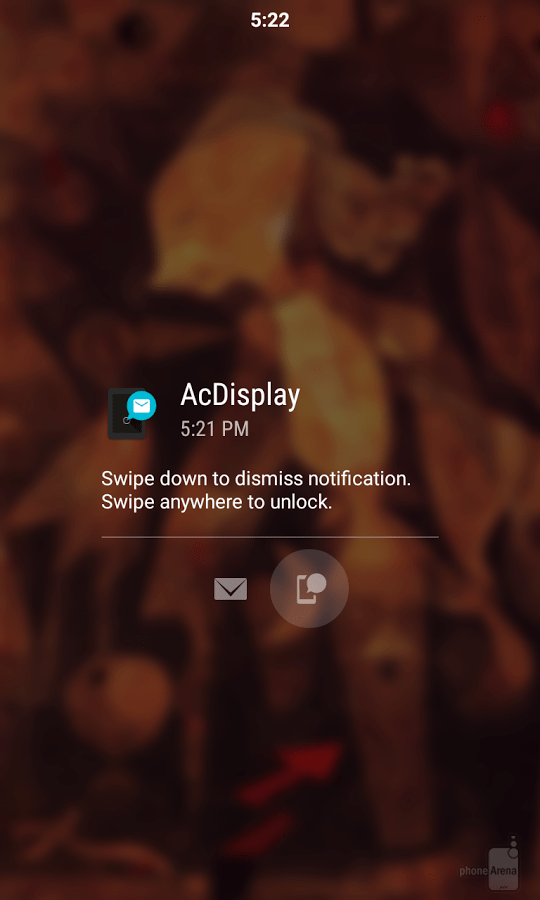 AcDisplay doesn’t tout itself as a replacement for the ‘Always On’ display but it is a highly functional lock screen replacement. It will show notifications and reminders for a custom period of time and in a smart way too!

The app makes use of your smartphone’s sensors to light up the lock screen when you actually need it like when you take it out of your bag or when you pick it up from a table. AcDisplay also offers some settings to reduce battery usage. For example, you can set the app to work only while the phone is charging as well as define inactive hours.

While the rest of the apps in this roundup have great features and they’re definitely worthy of your attention, AcDisplay is my personal favorite and one of the easiest ways to get the Samsung Galaxy S7 ‘Always On’ display on any Android phone. 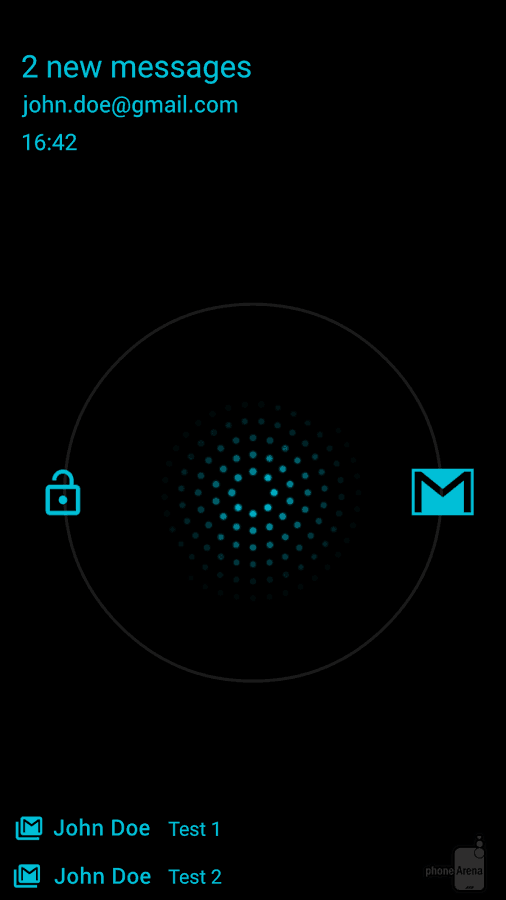 This app offers capabilities similar to Samsung’s Always On display but obviously, not exactly the same. DynamicNotifications will selectively light up pixels on the screen to show incoming notifications.

You can customize the app’s behavior in various ways such as select which apps should send you notifications, and customize the screen-off timeout and brightness. To prevent accidental unlocking, DynamicNotifications relies on your phone’s sensors to detect when it lies face-down on a flat surface and when it’s in your pocket or purse.

While it’s definitely useful as a free app, some of the premium options are interesting as well. Should you decide to unlock the paid version of DynamicNotifications you can set it as your default lock screen app, allow non-dismissed notifications to surface back periodically, auto-wake the phone when you pull it out of your pocket or pick it off a table, customize the brightness level and more. 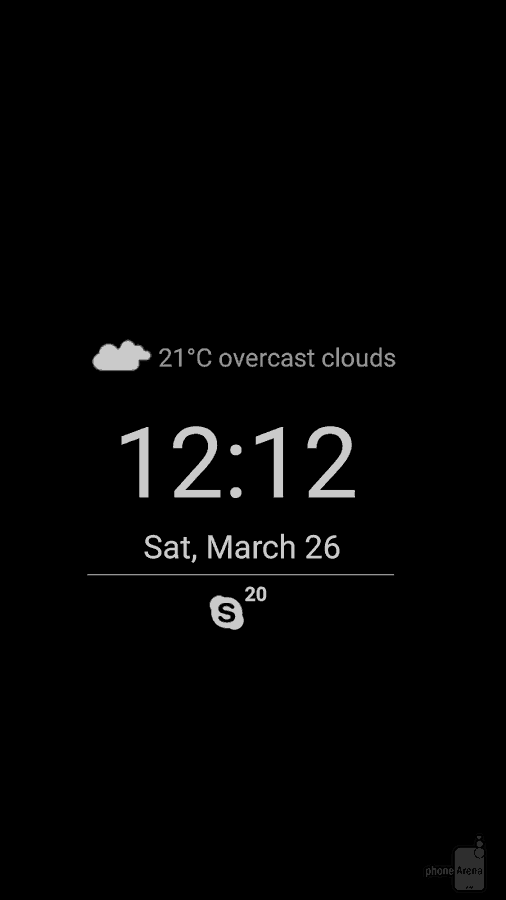 Glance Plus comes with a set of features that is pretty much as close as you can get to Samsung’s Always On display, except it won’t stay always on. For battery-saving purposes, Glance Plus allows you to keep the screen on for up to 2 minutes. However, you can quickly turn it back on by simply waving your hand twice over the proximity sensor.

Besides being battery-friendly, this particular app has multiple customization options as well. Glance Plus lets you change the font size and color, switch between analog or digital clock styles, change the position of the information displayed on the screen. You can also select what tyes of information you can see on the display, specifically notifications, weather, calendar, battery status and so on. 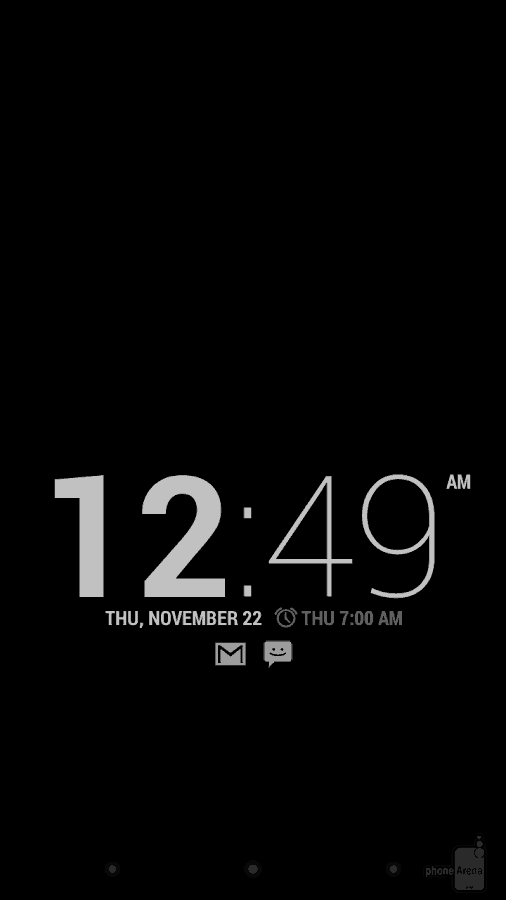 ClockPlus DayDream relies on the Daydream feature that’s built into recent Android devices (starting with Android 4.2). This feature is basically a screensaver you can use while your phone is charging or docked.

However, this app makes DayDream more customizable as it allows you to change the brightness of the display, select between a digital or an analog clock and show the current date, time, system notifications, as well as upcoming alarms.

Always On Display From S7 G5 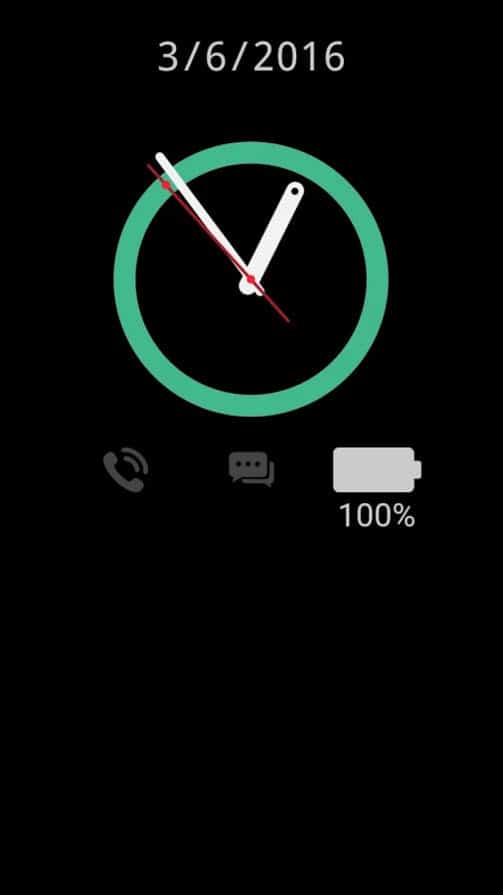 As you can see when looking at its name, Always On Display From S7 G5 ambitiously wants to imitate the feature available on Samsung Galaxy S7, S7 Edge, and LG G5 handsets. I saved this for last because I’m not sure the app will have a long life in the Play Store as it shamelessly borrows trademarked graphics assets.

According to user feedback, it seems like the app is also a battery drainer but regarding features, it’s pretty great. You get customizable text color, a function that automatically turns off the display while you have the phone in your purse or pocket and the ability to select which information should appear on the screen.

It’s pretty similar to Samsung’s own Always On display as it can show battery status and notifications, plus it has various themes you can use to personalize the screen.

As you can see, there are plenty of third-party apps that can bring the Samsung Galaxy S7 ‘Always On’ display on any Android phone, or at least, the phones with AMOLED screens, which is still a pretty high number considering how many devices are running Google’s mobile OS.

If you decide to try any of these apps, let us know how you like them. We always appreciate your feedback!