Augmented reality technology is not only making its way to the gaming industry. Art is also an area where hi-tech finds its most daring and inspiring implementations, and recent apps from Brian Eno and Karl Hyde or Radiohead break the ice and set the new horizon for artists, while we the users are welcome to enjoy the show. It’s up to you to decide whether you like it or not, that’s a user’s prerogative, but the new trend is quite promising, and if you think it’s nothing new and we’ve seen it years ago with equalizers and kaleidoscope visualizations of ambient and meditative music, just check out one of these apps – they are free, so it won’t hurt. 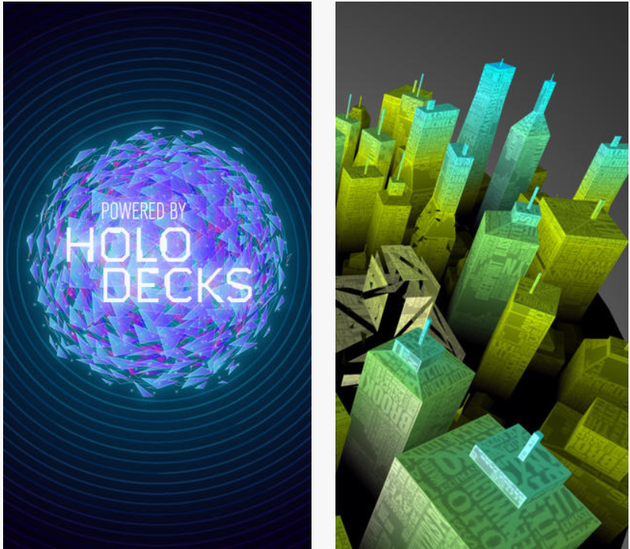 Brian Eno and Karl Hyde team up with Lukasz Karluk, the creator of ‘HoloDecks’ and studio ‘Toby and Pete’ to release a new record, ‘Strip It Down’ with an augmented reality-based app for iOS devices. If you buy the record on vinyl and set it to play, you can point your device’s camera at the rotating vinyl and enjoy the amazing visuals that come to life with the music and movement combined.

The images are of a futuristic digital city built on hills, glowing rhythmically. It’s music, rhythm, hi-tech and architecture mixed in one, quite interesting experience. If you don’t get a chance to buy the vinyl, you can try the app out online here and let us know your impressions. 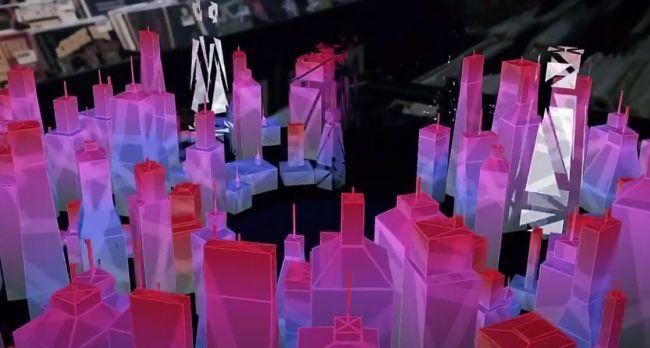 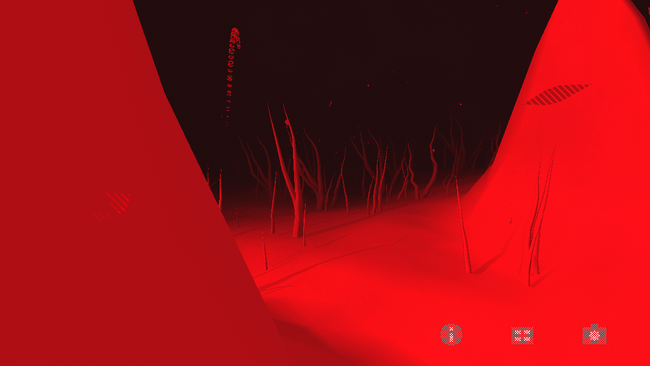 Radiohead fans are welcome to experience a new dimension of music with this augmented reality app that uses the images and music from Radiohead’s latest song Bloom, album King of Limbs. The developer behind the app is Universal Everything design studio that worked in collaboration with Stanley Donwood who created most of Radiohead’s posters and album covers.

The app needs a device with a gyroscope to align with the horizon. When launched, the app presents several landscapes for you to explore, and as you start moving your device, you can explore the environment following the little red dot on screen. Touch the screen and you will see odd life forms emerge in this digital world. Swipe the screen and you will see odd creatures come to life, as if from your sub-consciousness. It’s a new experience each time you launch the app, so nothing is the same, while the worlds are detailed and well, nothing like you have ever seen before. And then again, it’s Radiohead music. 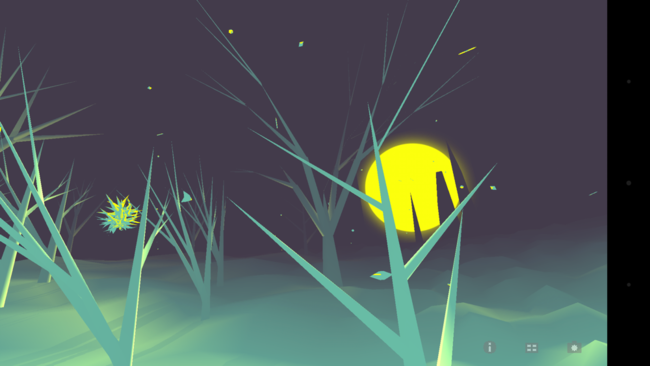 The app pulls data from lunar calendar to create mysterious environments and creatures in a unique, abstract and unexpectedly expanded audio and visual artwork. You get to explore odd world of forests, mountains, sunsets, and primitive life forms evolving into something larger. It’s best when ‘played’ with headphones and experience with no particular expectations. After all, it’s not a game, but a music track enhanced with some augmented reality tweaks, abstract and unconditional, but also creative and one of its kind.

There are more emerging apps implementing augmented reality and music, so let us know which ones are your favorite in the comments below. After all, this sort of apps is neither a game, nor a productivity app, but it sure can be enjoyable.