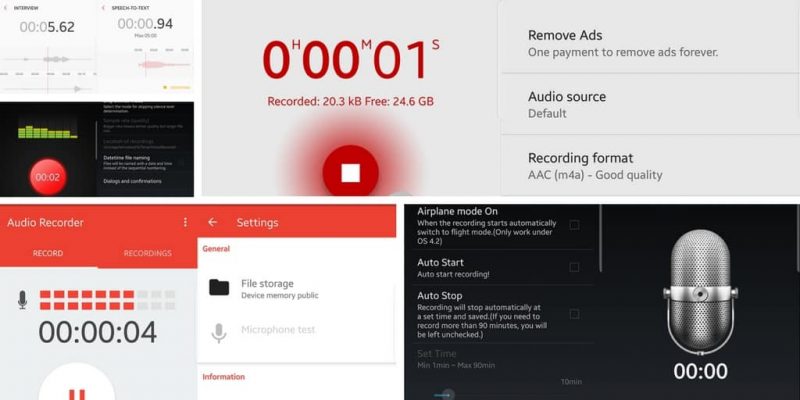 There are so many things we can do with a smartphone these days – in fact, these mobile devices have rendered others useless as their capabilities improved. Take voice recording for example. While the Play Store offers plenty of apps you can use for this purpose, today we’re going to talk about the best Android voice recording apps.

These apps are feature-packed and allow you to do much more than just voice recording. In fact, you can use them to digitally enhance your audio files and there are numerous formats you can use to save your recordings.

Some of these apps also come with other interesting features such as call recording, cloud storage support and advanced sound quality controls. Check them out and let us know which one’s your favorite! 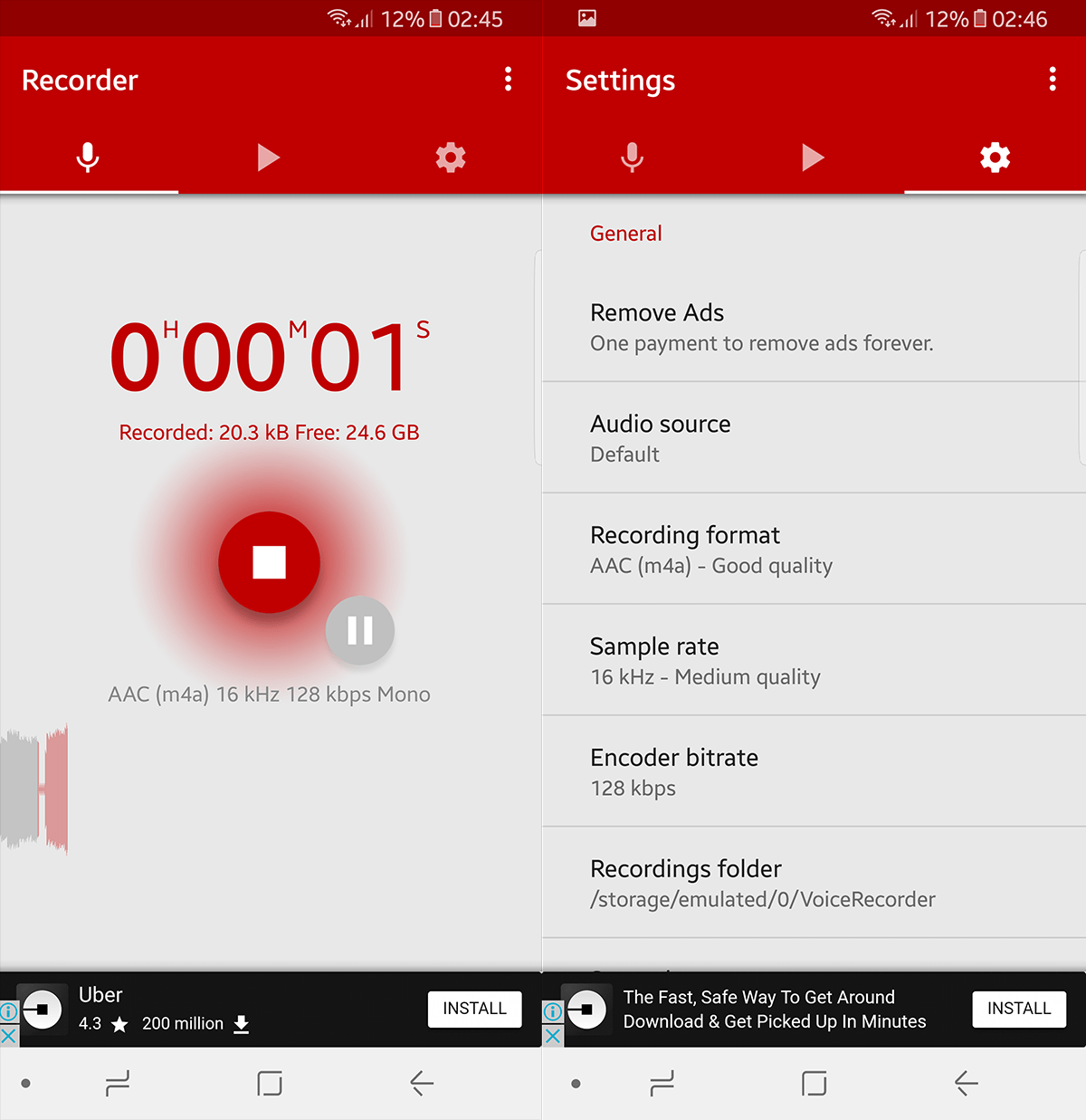 Voice Recorder comes with one important capability – it lets you customize the recording type and quality. It’s possible to choose between various formats such as MP3, AMR, WAV and AAC.

MP3 recordings allow users to adjust the bitrate between 32 kbps and 320 kbps. Also, Voice Recorder offers support for mono and stereo recording, a call recorder, and the ability to record with the display turned off. 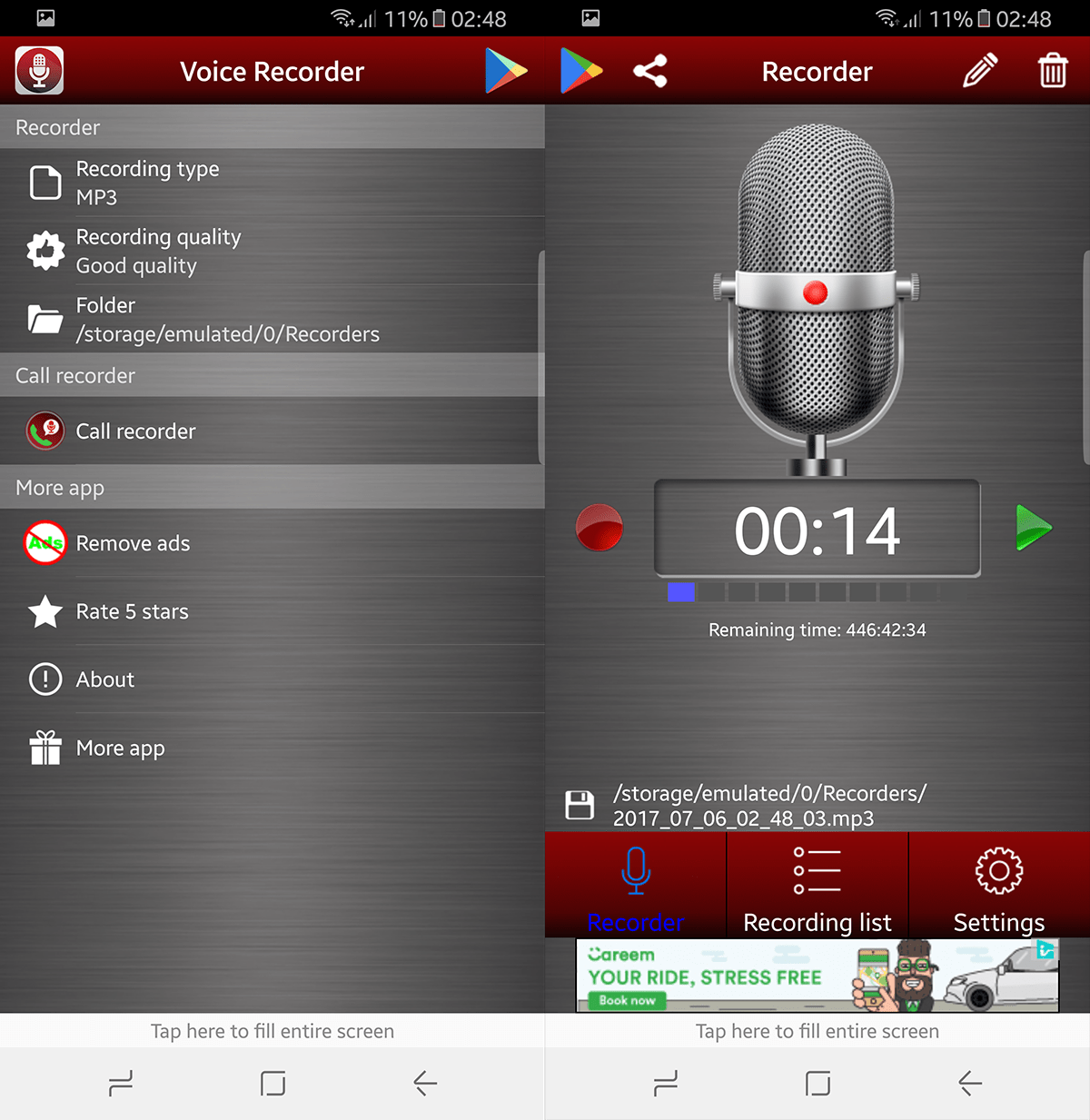 Like any respectable voice recording app, this one also comes with adjustable audio parameters such as file type, sample rate and gain calibration. Voice Recorder by Green Apple Studio also has a simple layout and if you don’t want to fiddle with the settings you can just hit the record button. 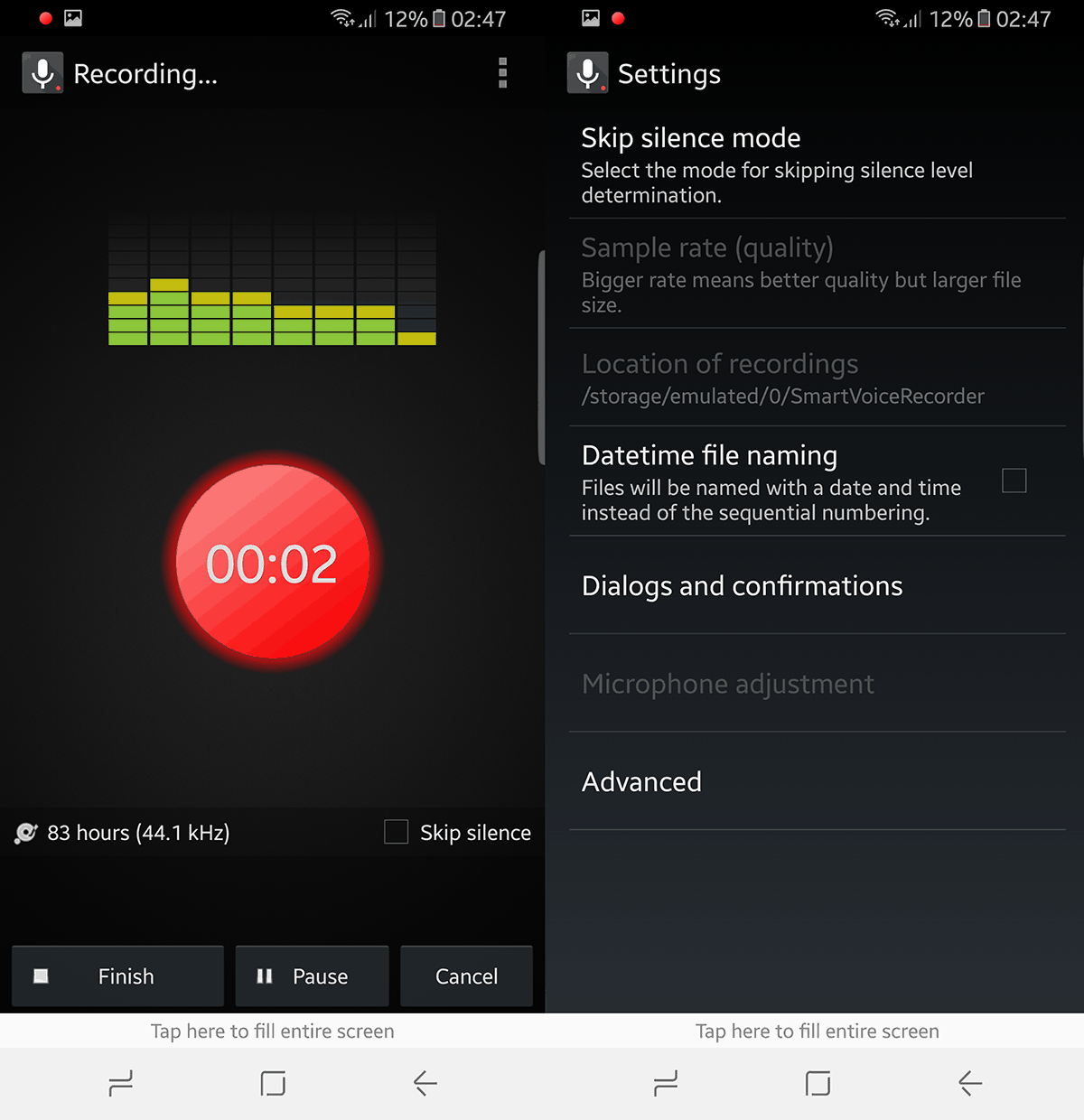 Smart Voice Recorder enables you to tweak the sample rate of your recordings between 8 kHz and 44 kHz. It also allows users to adjust the sensitivity and make the app detect silence periods between conversations.

Furthermore, it provides a microphone gain calibration function and a live spectrum analyzer. Smart Voice Recorder’s free version is add-supported but you can disable the ads via an IAP. 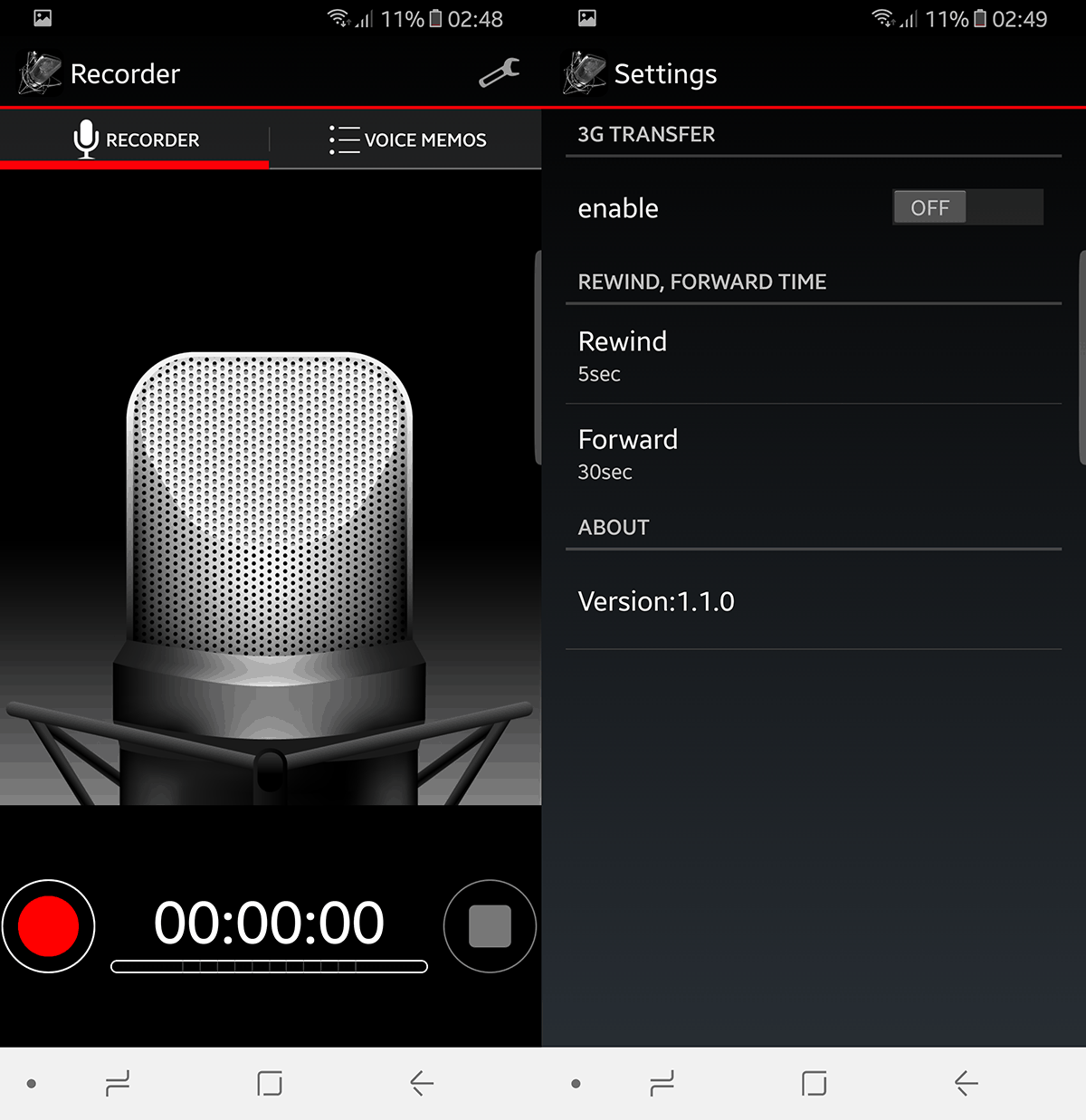 Voice Recorder HD enables playback support on all popular operating system. You can even store your recordings directly in the cloud using well-known services such as Dropbox.

On top of that, you can select the recording device such as an external microphone and the recording process takes place in the background so you can use other apps while you’re recording. 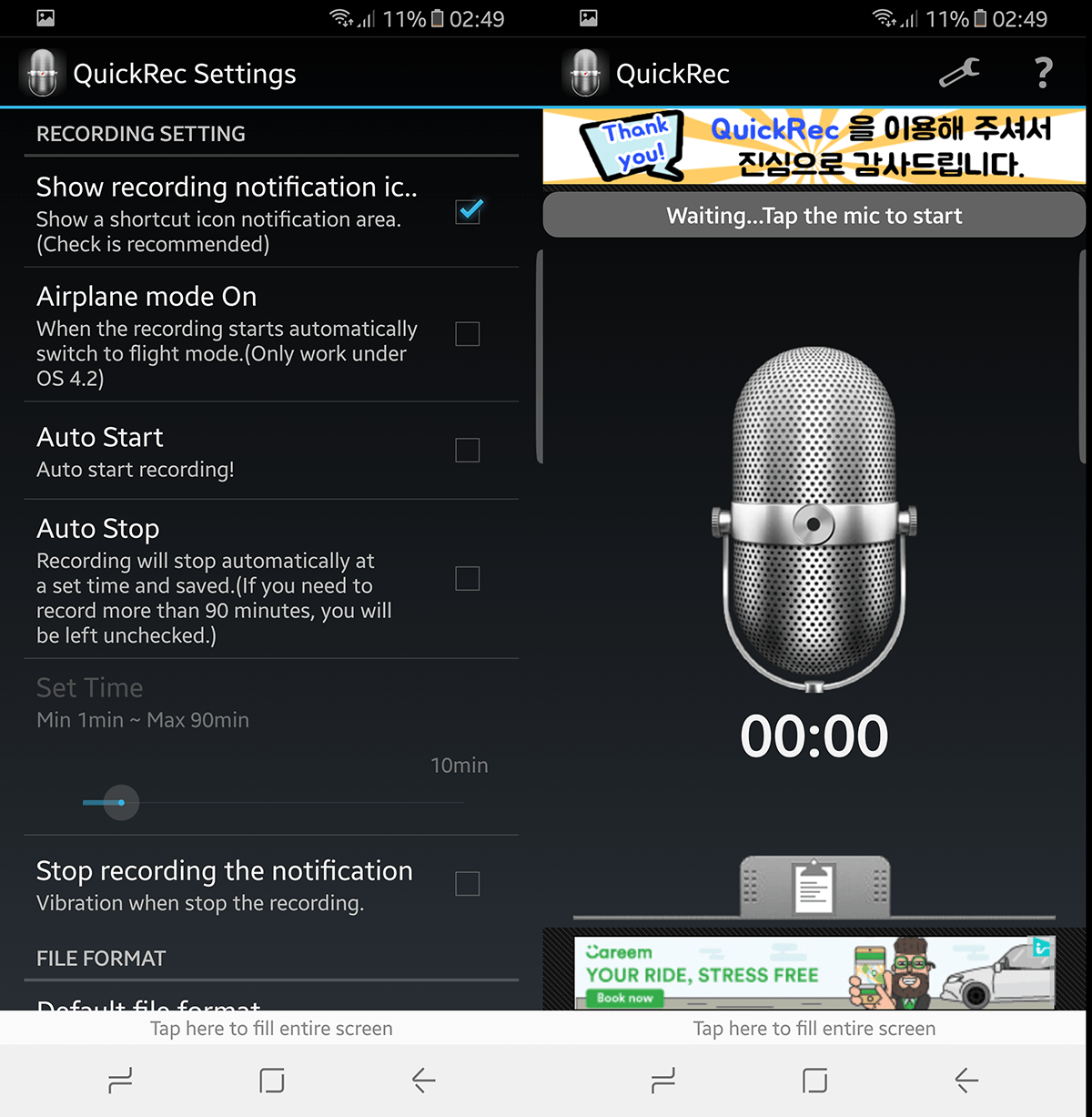 QuickRec is a well known audio recording tool that lets you load a profile and automatically load a set of preferences for your recordings.

It also has an interesting feature called “Enable Flight Mode” designed to block calls from interrupting a recording which is pretty awesome! 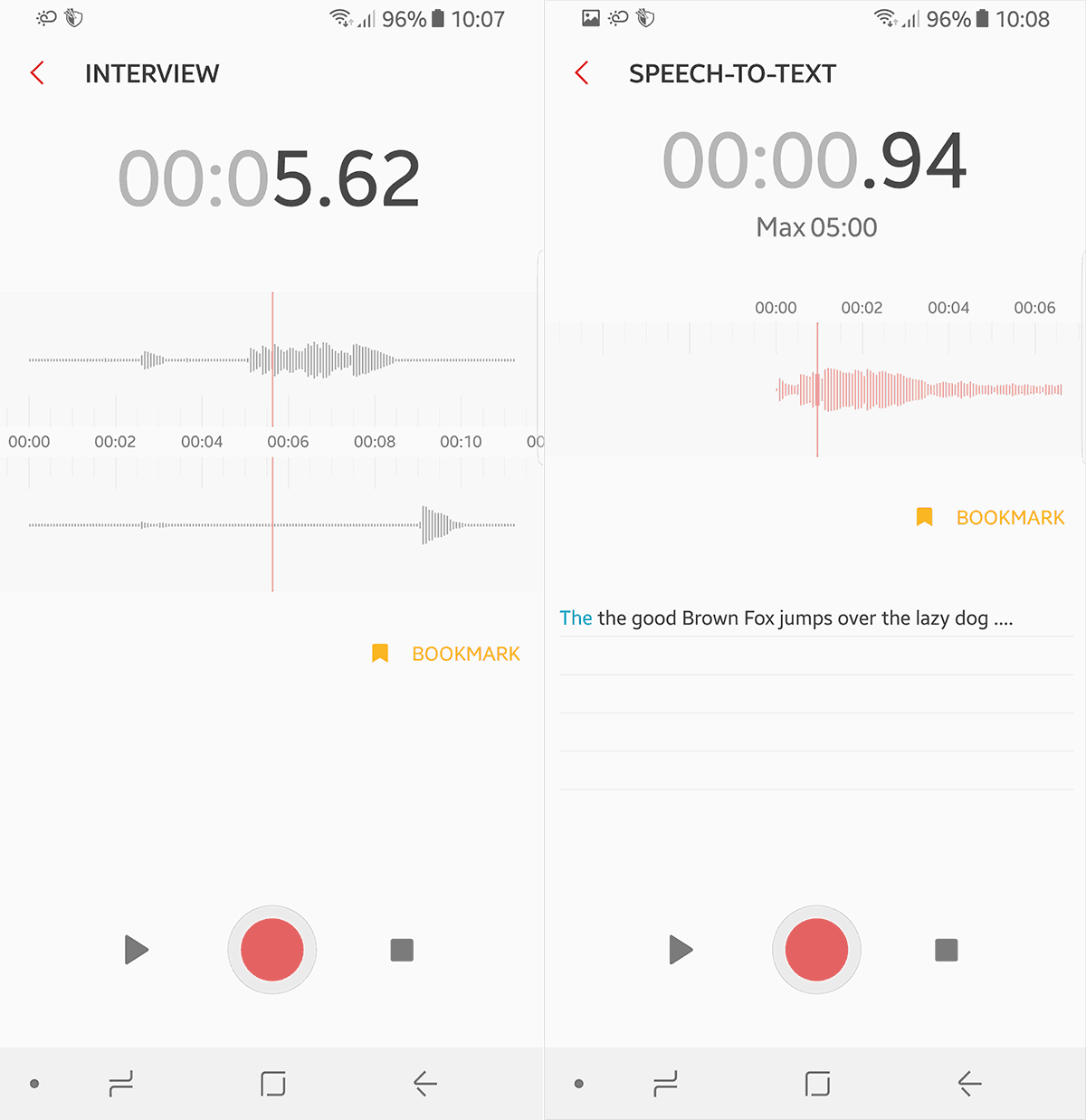 While this is a Samsung app, it’s available for all Android users. It has a minimal interface and comes with a practical standard mode that’s perfect for those who don’t want to adjust advanced settings. 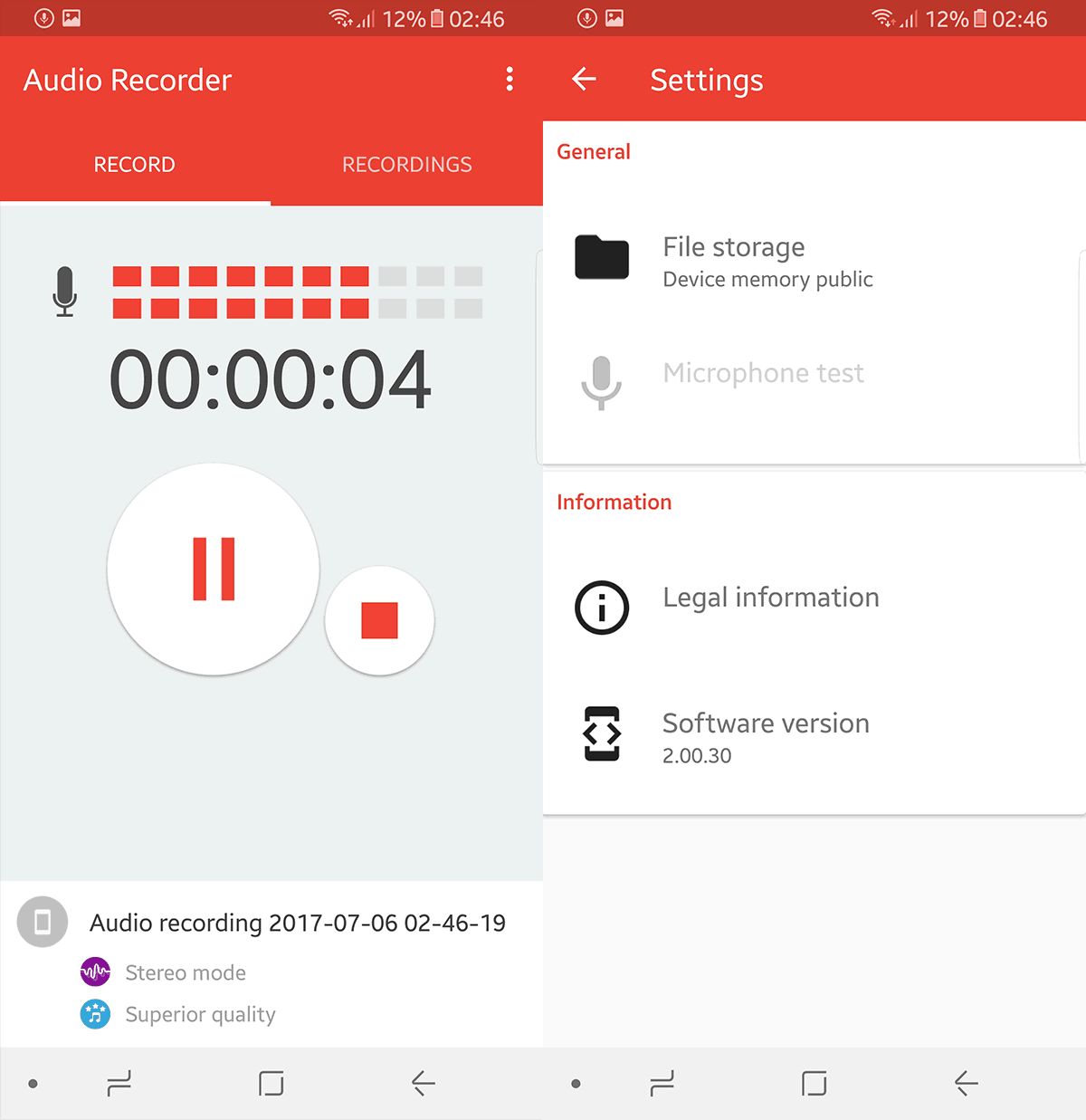 It’s pretty obvious this audio recorder is Sony’s application. As expected, it has a stylish and simple interface that lets you start and pause the recording, edit audio and adjust recording quality and settings.

While it has some features designed for Sony devices, it still makes a great audio recorder for any Android user.