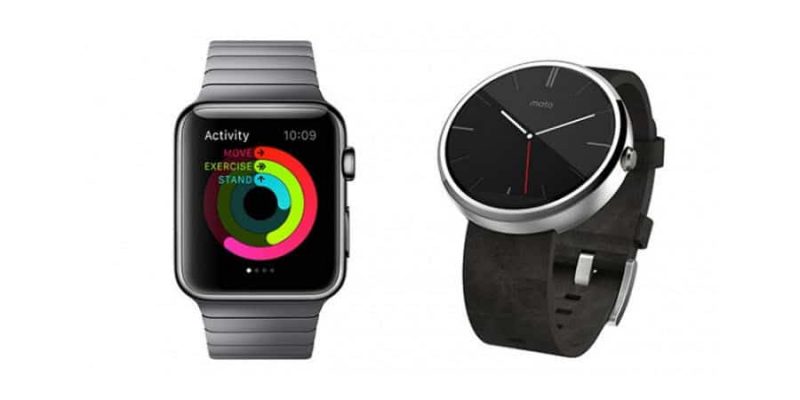 Apple’s ecosystem is definitely a small one, at least concerning native devices. For an iPhone owner, the obvious choice for a wearable would be the Apple Watch. Despite the fact it’s available in several editions, there are plenty of other smartwatches that work with the iPhone.

The iWatch was certainly received well by the public, but not everyone fits in that crowd. Perhaps your current budget doesn’t allow such an expensive purchase, or you simply would enjoy having more alternatives….either way, there’s a decent number of iPhone-compatible watches and more are planned for release in the coming months.

Sure, you might not get all the features of the Apple Watch, but you would have the essentials and a bit of extra on the side. Here’s our selection of best Apple Watch alternatives that work flawlessly with your iPhone. 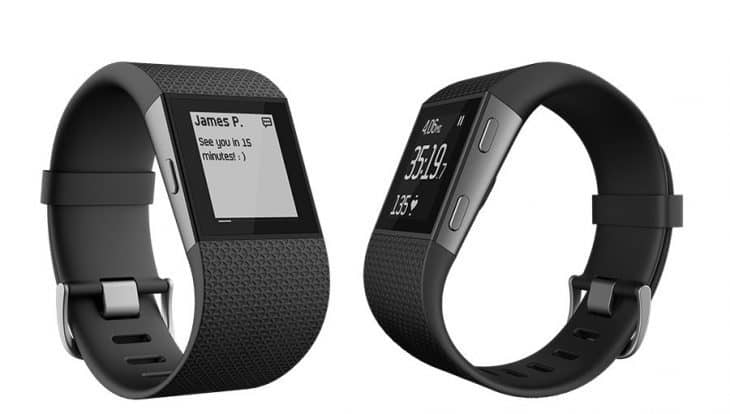 Fitbit Surge is a sport watch with a heavy focus on fitness tracking. It comes with built-in GPS, heart-rate monitoring, activity and workouts tracking, notifications, playlist control other useful functions.

You won’t get the app variety of the Apple Watch, but Surge bundles a well-rounded set of features, has great battery life and it’s definitely one of the best options for active people. And let’s not forget Fitbit has a plethora of wearables, for all budgets and requirements if you feel like the Surge is a bit too much for you. 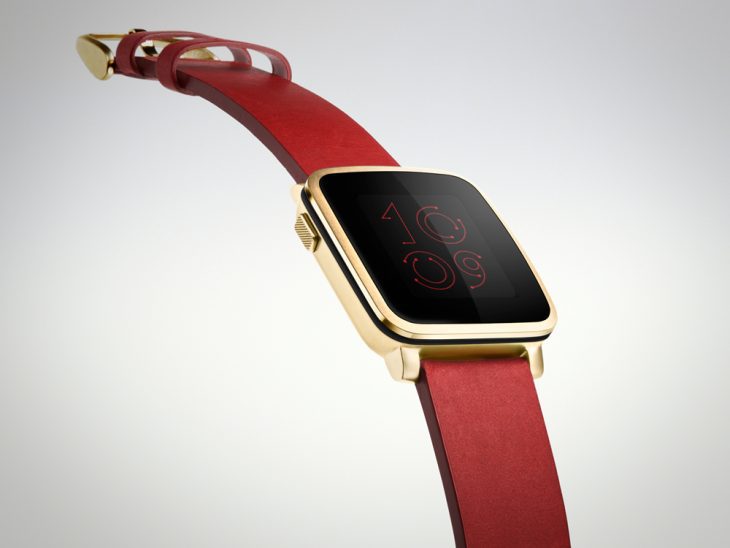 Pebble takes great pride in the fact their smartwatches are compatible with both iOS and Android. The Pebble Time Steel is their most expensive wearable, although still significantly cheaper than any Apple Watch edition.

Pebble smartwatches are using E-ink displays which make for amazing battery life – you could go up to 10 days on a single charge, although a week would be a more realistic scenario. Time Steel will show notifications, events, missed calls on your wrist as well as interchangeable straps, voice control, a decent selection of apps in the Pebble appstore and many other useful features.

Pebble has a varied selection of wearables, in fact the company has also released the Pebble Time and Pebble Time Round which have somewhat different designs to cater for a larger audience. 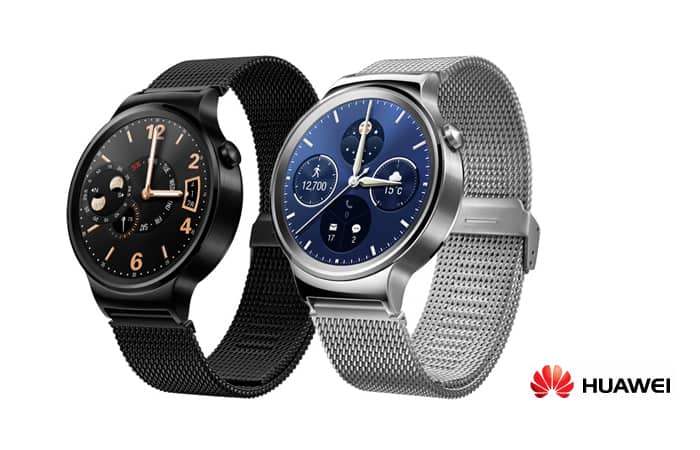 This smartwatch is pretty close to the Apple Watch, price-wise, but it’s not your average casual device either. The stainless steel case and the sapphire crystal glass show Huawei designed with product with no compromise on quality. Plus it looks like a traditional watch – I’m sure some of you will appreciate this.

The amazing 10,000:1 contrast display and the Qualcomm 1.2 GHz processor are among the strong points of this elegant device, although it lacks GPS capabilities. However, the watch runs Android Wear, thus can be used with iPhones thanks to the dedicated app. 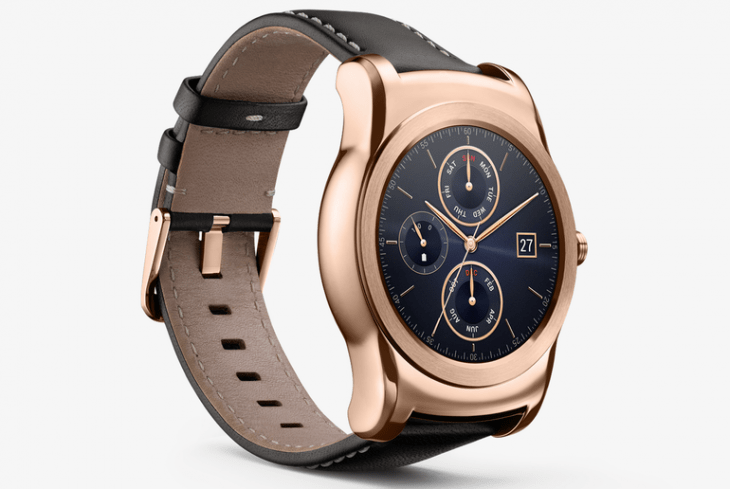 LG’s Urbane is another classic design watch made to go well with the suit and tie, but also to draw attention (everyone wants at least a bit of that, right?). This one is an Android Wear adopter as well, so it works with the iPhone, plus if you ever decide to switch to Android, you won’t have any problems with it and let’s not forget about the plethora of Android Wear apps you’ll get access to.

Don’t miss: How To Use Android Wear With Your iPhone

Hardware-wise it’s pretty close to its predecessor, the G Watch R and its 410 mAh battery can last for a couple of days if you use it scarcely. It’s certainly a nice looking watch but it does come at a price (besides the money needed to buy it): the leather belt may feel a little stiff for all-day wear, plus it’s a bit heavy. 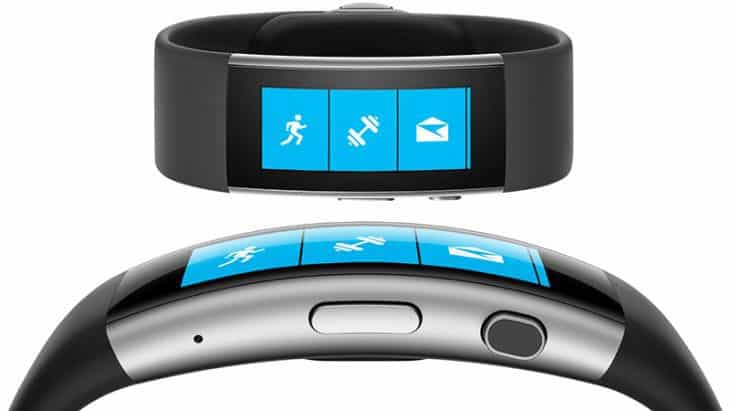 This one’s still fresh out of the oven and the second iteration of Microsoft’s Band is an improved fitness tracker with more sensors and redesigned to be more robust and comfortable.

It works across Windows Phone, Android and iOS, altough for the latter ecosystem you won’t get all of its features. For example, Cortana and its virtual keyboard are Windows Phone (and soon Windows Mobile) exclusive. Nevertheless, its integration with the Microsoft Health service makes it an interesting option for active people who work out on a regular basis.

The Band 2 is incredibly easy to use and packed with sensors so it definitely earned a top spot in the fitness trackers market, but it’s not waterproof (the previous version wasn’t either) and it doesn’t let you control music from your wrist. 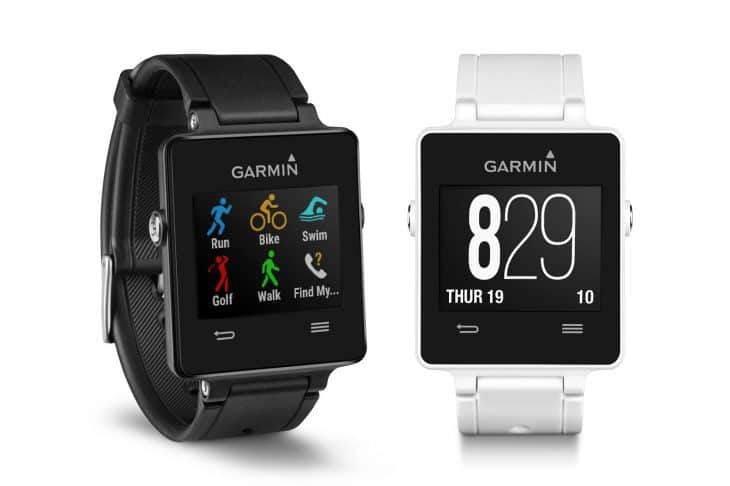 Garmin Vivoactive is a strong player among fitness trackers. With built-in GPS it can track various sports such as running, swimming, cycling and others. Vivoactive can show push notifications from your iPhone, but it received mixed reviews regarding its visuals.

I for one, love the simple, futuristic look and if that’s not enough to push you away, you should know it even has a small app collection you can use to expand its functionality. If all you need are iPhone notifications and fitness tracking, Garmin Vivoactive is certainly one of the budget-friendly options. 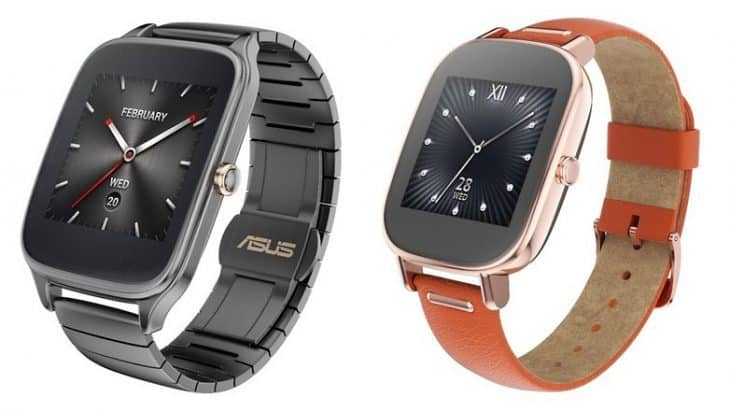 The Asus ZenWatch 2 comes in two sizes and a variety of colors that makes it suitable for both genders. The Android Wear smartwatch stole a bit of the Apple Watch design, including the physical crown and it’s built with stainless steel.

Ok, it’s not exactly the Apple Watch but pretty close for an Android Wear competitor, with interesting features like the Watch Face Land and Remote Camera apps. The fact it’s water resistant and comes with Wi-Fi capabilities make it worth its reasonable price even more. 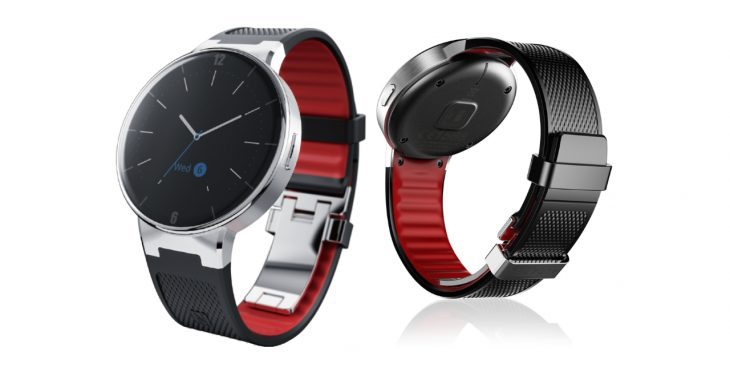 Alcatel’s OneTouch smartwatch comes with a proprietary OS that was designed to work with both Android and iOS phones. For the most part, this is an entry-level activity tracker equipped with the usual sensors (including a heart rate monitor), but not GPS.

The watch is water resistant and its OS is easy to use and minimal, so if what you wanted was a no-fuss watch, OneTouch is a low-cost alternative of the sorts. Regarding its aesthetics, the wearable is very slim and as an interesting design decision, the USB connection is built into the strap, which eliminates the need to use a cable for charging. 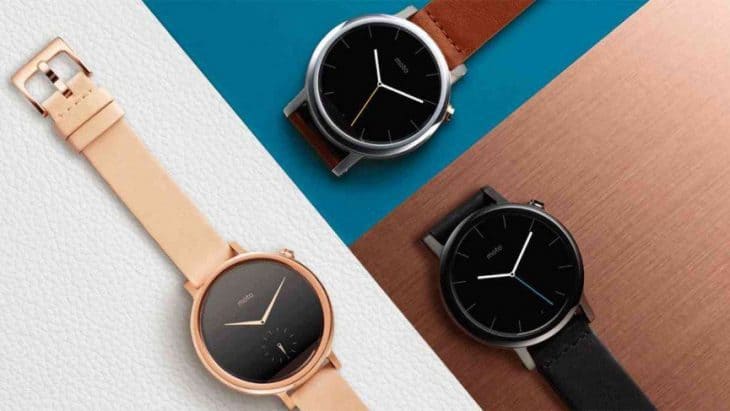 Motorola’s Moto 360 2 mixes the classic round screen shape and leather bands to offer a sleek looking smartwatch with versions, sizes and straps available for both men and women. They certainly upped the style compared to the previous version.

Motorola takes things further when it comes to customization with Moto Maker, their online design studio where you can practically build your watch using the available options.

Hardware-wise the Moto 360 2 is definitely above average and the Android Wear OS is complemented by a bunch of exclusive apps for step tracking, heart rate monitoring and the likes. This one is dust and water-resistant as well, but you might want to take off that leather belt and switch to a metal one before you take a dip in the pond.

What smartwatches have you owned so far and which was your favorite one? Let us know in the comments section below or leave us a message on Facebook, Twitter or Google+.