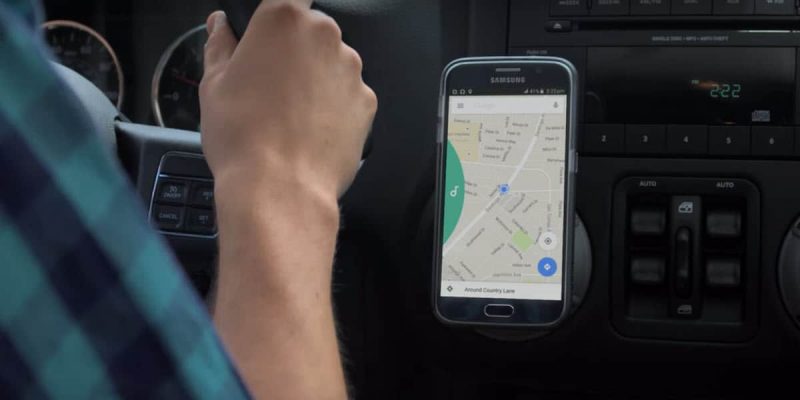 Using a smartphone while driving is still a leading cause of car accidents and according to a survey performed by AT&T, about 70% of people are using their smartphones while on the road.

Tweeting, texting, checking your Facebook News Feed, video chatting, taking selfies and other similar activities can turn out to be deadly if you insist on performing them from behind the wheel.

But there’s a better way to make use of a smartphone while driving. Obviously you need a dashboard mount in your car along with a ‘car mode’ app that makes phone usage easier while driving and letting you quickly glance at important information.

Android offers plenty of car mode apps, and we went though all the decent ones to find the best alternatives. Check them out and let us know if you find the perfect one for you or already have another ‘driving mode’ app you rely on. 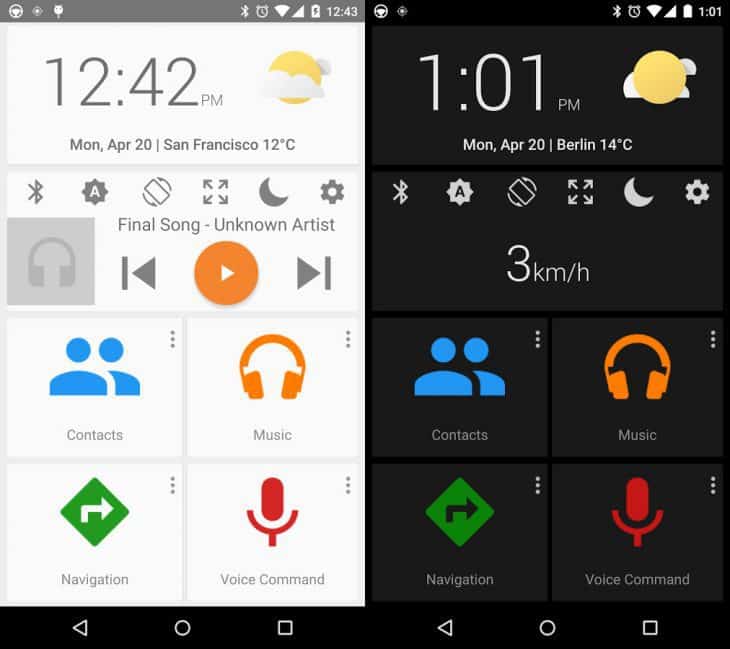 Car Dashdroid comes with a minimal Material Design UI, offering a clean homescreen replacement with large buttons for essential actions like accessing your contacts, music, navigation app and so on. However, you can set up to 16 shortcuts (accesible by swiping to the right of the homescreen) to apps, contacts and even custom actions such as setting pre-written messages and opening navigation directions to a certain location. 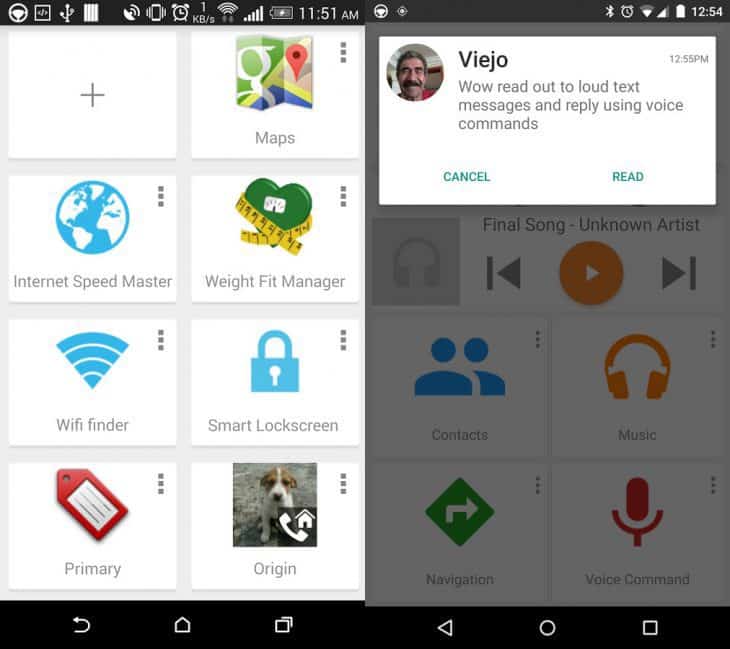 Swiping to the left of the homescreen opens up a dialer so you can quickly call a contact and you can make the app’s main screen darker by tapping on the moon icon. Car Dashdroid has many other useful features, like Google Voice support that lets you use voice commands to find places, for navigation or to call contacts right within the app. It’s hard to list them all, so I suggest you give this one a try to see for yourself. 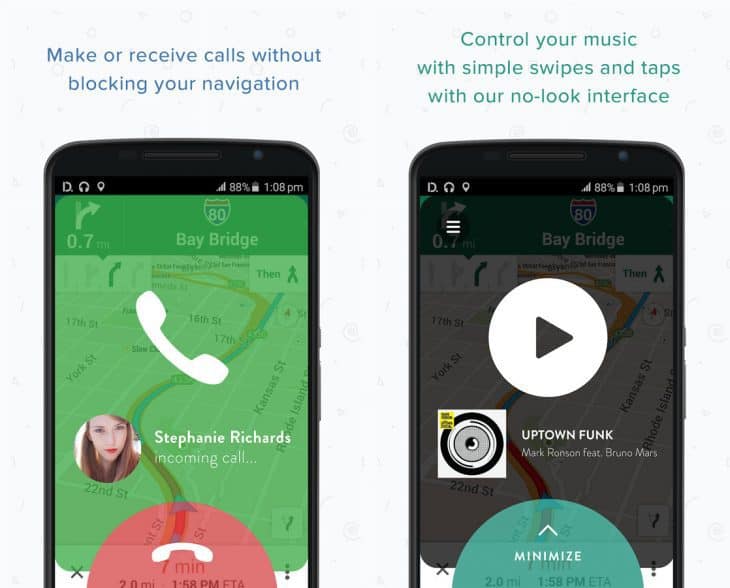 Drivemode offers some interesting capabilities, as it was designed to be controlled using broad gestures and voice commands without having to look directly at the app. Obviously, it takes a bit of practice but once you get used to Drivemode you could probably use it with your eyes closed (just don’t try that while driving !). 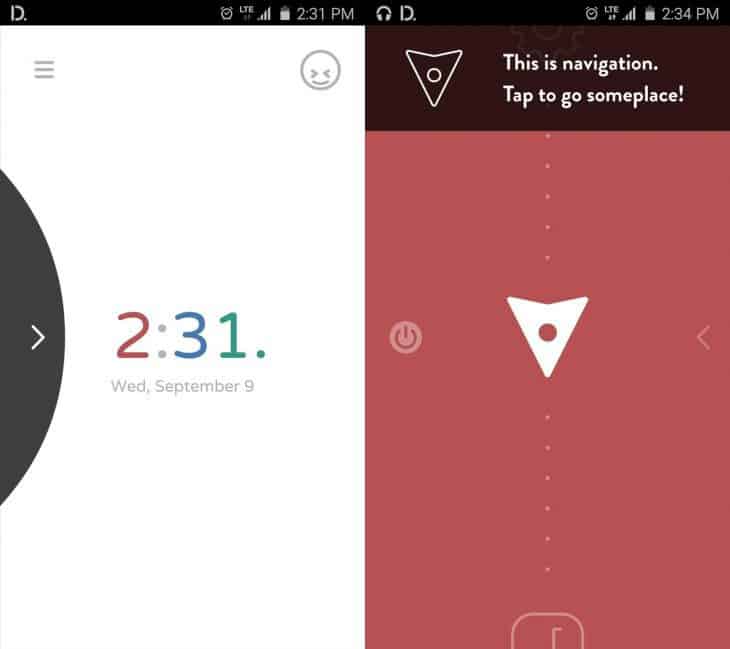 To get quick directions you only have to tap the smiley face icon in the top-right corner of the screen. If you swipe in from the left edge of the screen you’ll be able to access additional options like contacts and music among others. Navigating between these actions is resumed to swiping up and down, and the current selection is announced aloud by the app, so you don’t even have to look at the screen.

And as you’re calling someone, using the playback controls for your music player and other such actions, the app will show these as a transparent overlay on top of your navigation directions, so you can still see them while doing something else. 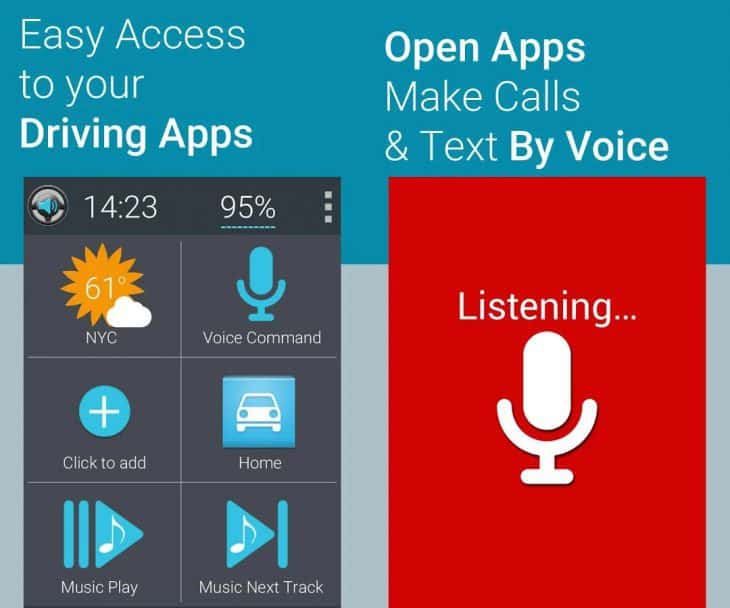 Ultimate Car Dock comes with a very simple interface and lets you customize 5 screens of shortcuts to apps and actions  like sending calls and messages. You can browse through the screens by swiping left and right, and tap on any shortcut to launch its assigned app or function. 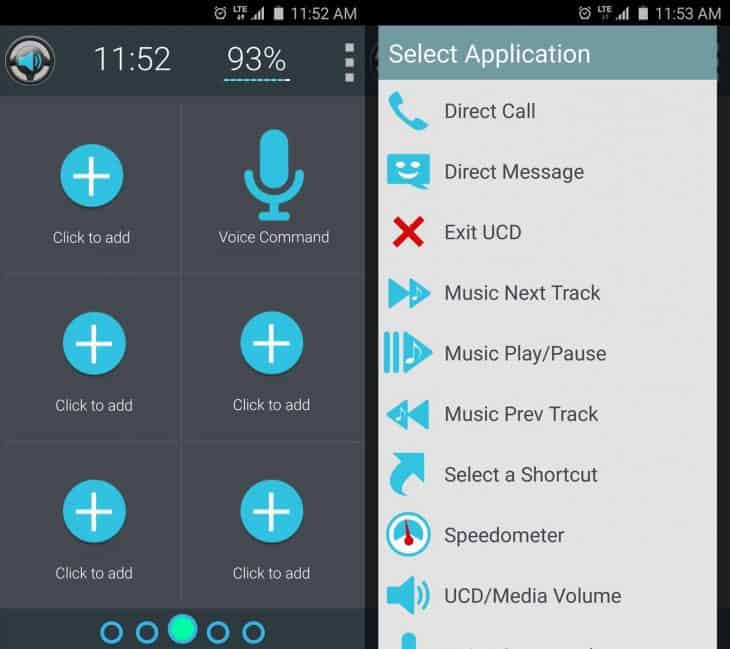 The app also fully supports voice commands – you can do pretty much anything using your voice such as answering and making calls, sending messages via email, SMS or WhatsApp, open apps, launch navigation and control your music. So, if you want to, you have the option of using Ultimate Car Dock completely hands free, which is definitely the golden standard for smartphone use while driving. 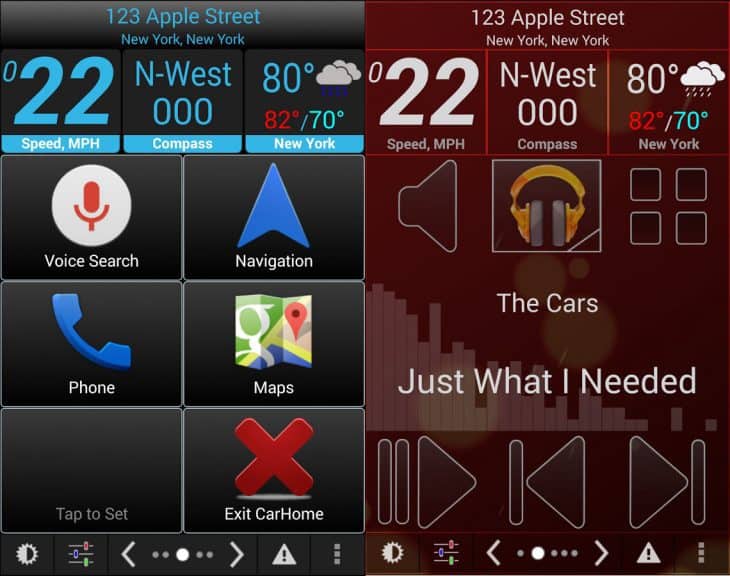 This app offers a car mode main screen that’s packed with shortcuts to frequently used functions like navigation, maps and voice search as well as widgets displaying information such as speed, orientation and weather data.

One swipe to the left and you’ll access a friendly hands-free UI from where you can control your music and swiping to the right takes to through several screens with customizable shortcut links. In fact, you can set an unlimited number of shortcuts, although adding to many would complicate things, when the purpose of such an app is the opposite. 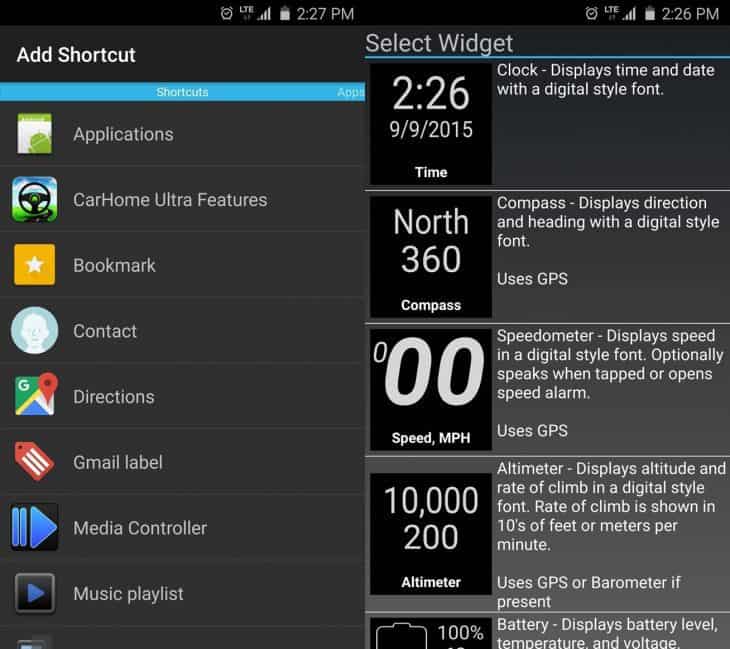 Moreover, you can customize the widgets displayed at the top of the main window and shortcut options are generous to say the least. 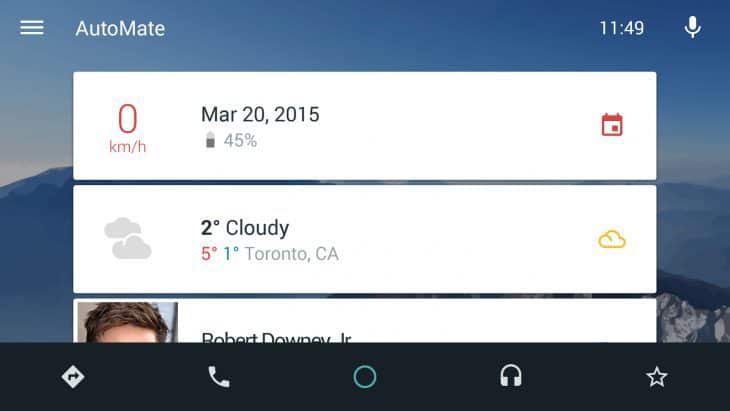 AutoMate is another great alternative as far as car dashboard apps are concerned. Its UI is in the style of Android Auto (you’ll probably see Google’s new OS for in-dash infotainment system at work on a few 2016 car models, by the way), and I must admit its simplicity is very appealing. It uses Google Now-style cards to show information for battery percentage and weather among others and in the top-right corner of the screen you’ll find a voice search button. 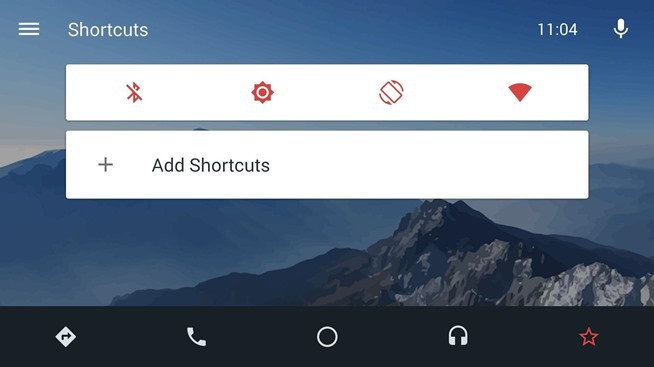 The menu bar at the bottom of the screen lets you quickly access Navigation, Phone, Home, Music, and Shortcuts. The last option, accessible via the star icon allows you to set custom shortcuts for your favorite apps, and toggles for common settings.

If you’re tempted to try AutoMate you should know the app is still in beta, so in order to get it, you’ll have to visit its Google+ Community first. In the About section you’ll see links for FAQ, the app’s Google Play page and direct APK download. 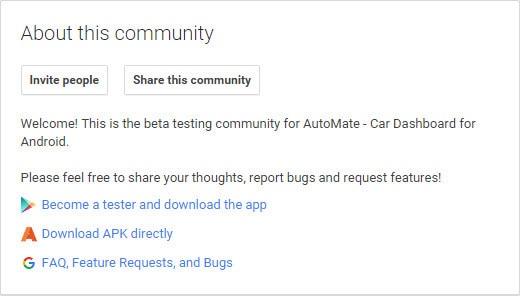 So you can either join the community and then visit the Play Store link in order to become a beta tester and download the app from there, or download the APK directly and then sideload it on your phone.

What car dashboard apps have you used so far and which one are you using right now? Share your experience with us in the comments section or drop us a line on Facebook, Twitter and Google+.