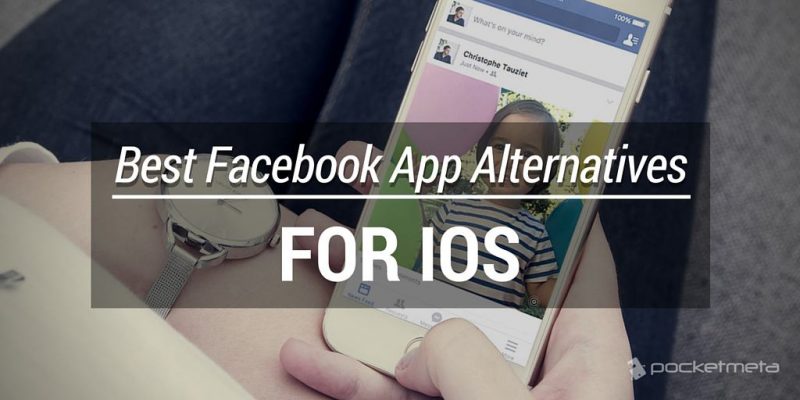 Despite numerous other social networks, Facebook is still one of the preferred ways people like to stay in touch with their friends. This is great on the web but not so much when using Facebook’s mobile apps as they are notorious battery hogs on both Android and iOS.

And yes, the company keeps telling us they’re constantly fixing and optimizing the official Facebook apps when it comes to resource usage although improvements are barely noticeable if any.

If you’ve been searching for a viable alternative to the official Facebook app for your iPhone or iPad (except using the mobile web version of course), we did some research to help you out on the matter.

Truth be told, iTunes doesn’t exactly abound with third-party Facebook clients. In fact, many of these apps have disappeared over time or they’re no longer receiving updates. Even so, the app store still provides several great apps which will allow you to manage your Facebook account without using the official client and we listed our favorites below.

Friendly is a lightweight Facebook client that also supports Instagram and Facebook Messenger, so technically you could get rid of three of your social apps and use just one to manage them.

The app is optimized for reduced battery usage, allows you to customize your Facebook feed (there’s a useful ‘Most Recent’ option many users will appreciate), supports Touch ID and PIN code authentication, and provides notifications. The app is free to use except for the optional ad-blocker which is a premium feature you can unlock for $2.99.

I’m going to start with the bad here, which is not something I usually do, but here goes – Puffin can’t send you Facebook notifications. If you’re not interested in staying up to date with everything Facebook, Puffin is an interesting alternative.

This app is practically the Puffin browser, redesigned specifically for Facebook with the main purpose of saving you precious data. It’s also super fast, even if your Internet connection is not that great as it’s exceptionally good at compressing data. By default, photos are displayed at a lower resolution, but you can simply shake the phone to view an image in full quality.

I recently made a guide on how you can use Social Media Vault to manage multiple social accounts and I recommend you read it if you’re interested in using the app. Regarding its Facebook features, Social Media Vault provides a wrapper of Facebook’s mobile web version so, in this aspect, things are as simple as they could get.

Nevertheless, the app comes with enhanced security features designed to keep all your social media content private, such as the password, PIN or pattern lock, an anti-hack feature that stores all failed login attempts and a panic switch.

Paper is Facebook’s take on an alternative client to their own network, more focused on your news feed than anything else. For some this might not suffice (especially those who are active in Facebook Groups for example) but if you’re interested in customizing your Facebook feed and discovering interesting content, Paper was built exactly for this purpose.

If you’re worried this might be just as battery hungry like the official Facebook app (considering Paper was also developed by them), you should know it’s not such a major drainer, although I couldn’t call it lightweight either.

This is another app that provides a web wrapper for Facebook’s mobile version and unlike browsing the network on Safari, it can also send push notifications to your phone. On top of that, you can upload photos, comment on other people’s posts and other basic actions.

Facely HD also lets you access other social networks and online services such as Pinterest, Twitter, Linkedin and Tumblr and you can customize its interface using the built-in themes. I chose to list it as an honorable mention rather than an official recommendation because it doesn’t even come close to a fully-featured Facebook client such as Friendly and it doesn’t have any notable options you might find useful for other purposes (like Social Media Vault’s enhanced security). The fact it’s available for $2.99 doesn’t help either. 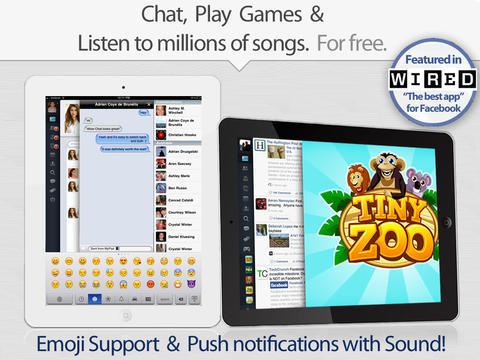 I felt obligated to list this iPad exclusive app mostly because I was thinking some of our readers might stumble upon it anyway – it was popular at some point. The idea of designing a Facebook experience specifically for the iPad certainly has potential, but MyPad seems like an abandoned project now, with an antiquated interface, occasional bugs and two years since the last update.

While the number of options for the official Facebook app on iOS is limited at the moment, the ones we mentioned in today’s roundup are still worthy of your attention. Let us know which one’s your favorite and if you know any other unofficial Facebook clients for iOS in the comments section and don’t forget to follow us on  Facebook, Twitter or Google+ to stay up to date with the latest apps, games, guides, and everything Android, iOS and Windows Phone.