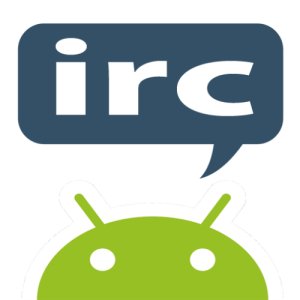 The Internet Relay Chat (IRC) system has been around for ages and although it is not quite as popular as it once was, there are still hundreds of dedicated chat rooms and applications that cater to the audience. You might have gotten used to IRC on your computer but now you will also be able to chat on the go on your Android device with the apps I will list below. 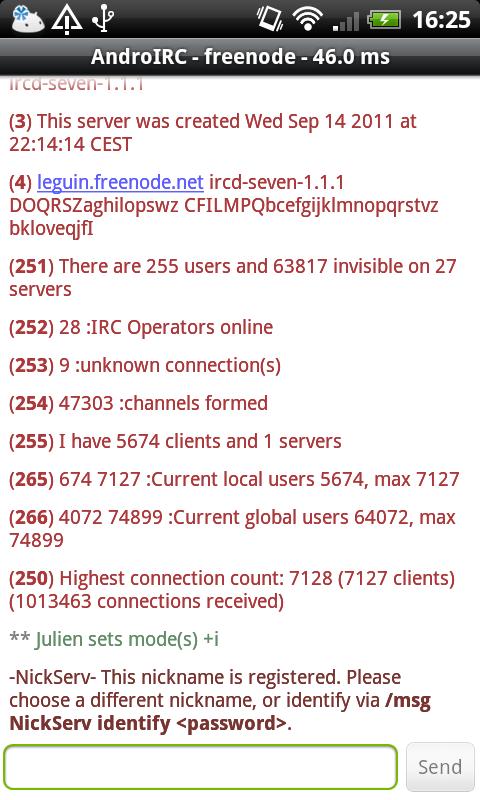 AndroIRC is one the oldest IRC clients for Android out there although the merit of that is up for debate. This client is a bit plain but it is very clean and has some features that advanced users will appreciate like autojoining channels when connecting to a network, notifications and logging as well as automatic Nickserv authentication when relevant. It is also capable of properly handing irc:// links which is less common than you might think. This app represents the jack of all trades, master of none part of the post. The app is completely free but the premium version will let you get rid of all the ads. 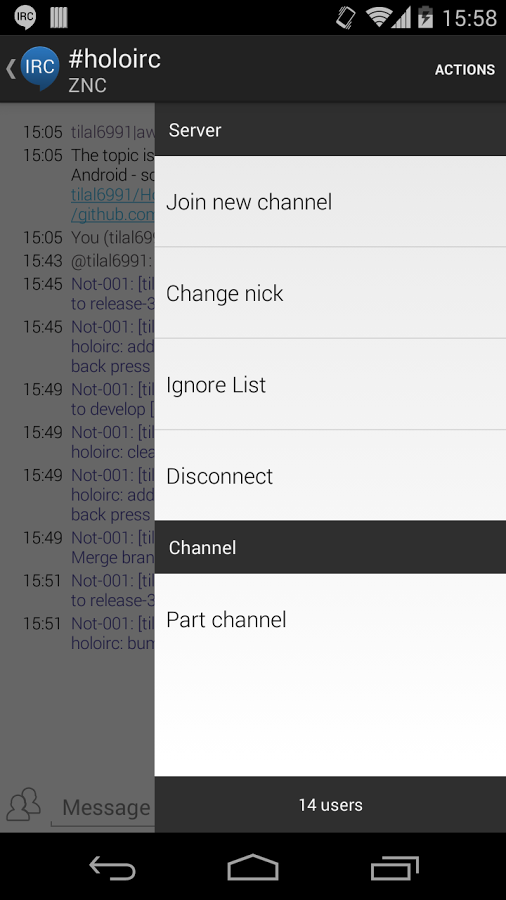 As the name suggests, this IRC client is based on the Holo design guidelines that Google introduced a couple of years ago. Although the company is moving away from that, the team over at HoloIRC has been refining the app for a long time and the result is probably the cleanest, most elegant interface you could hope to find. The minimalistic approach to things means you will not find a lot of advanced features here but sacrifices have to be made when you are looking to be light on resources. Free without any ads. 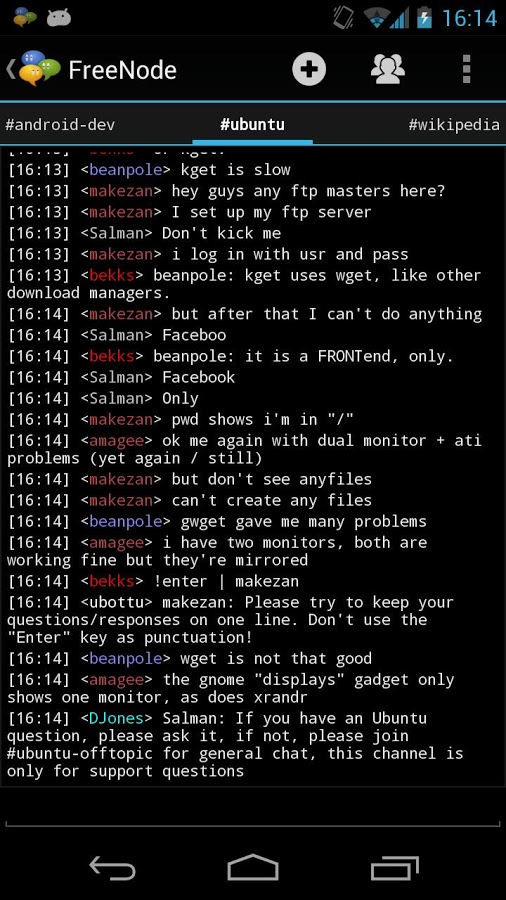 Another minimalistic approach to things, Yaaic is short for Yet Another Android IRC Client as the developers know their stuff. There is color coding for nicknames, support for a load of commands, and multi-channel support although you probably expect that from an IRC client by now. The interface is quite nice but if you do not like dark themes then you will probably have a hard time with the application. 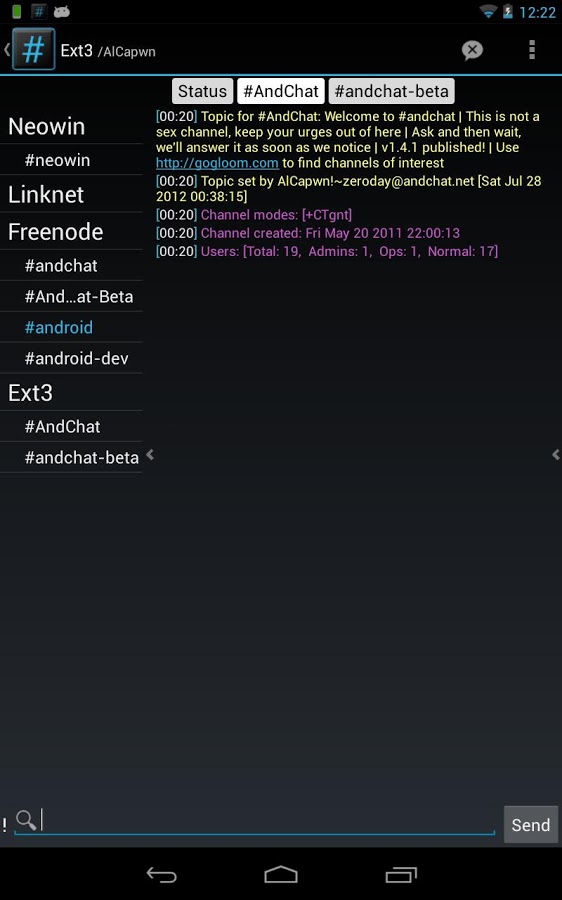 A very clean interface and a stable client is what AndChat developers have aimed for and they have succeeded in that. Of course, some might say that the interface looks a bit old but I am very much a fan of the old-school design. It actually looks retro without using it as an excuse to look bad which is definitely a rare thing these days. The list of features is also quite long with the most exceptional one being its ability to back up and encrypt data, making it one of the most secure commercial IRC clients for Android out there.