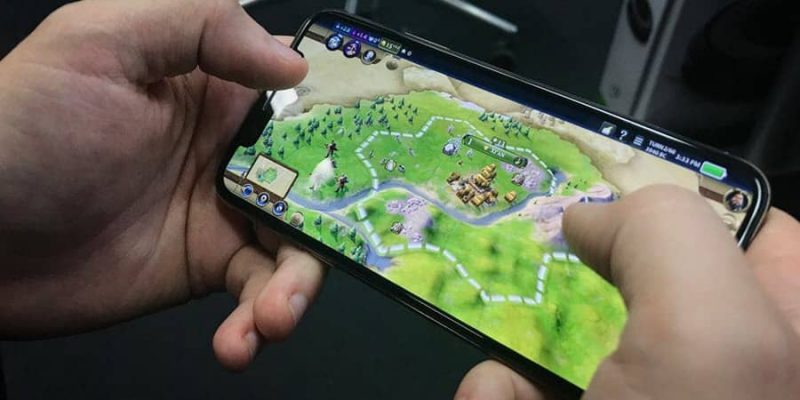 Regardless of our technological there has always been public for strategy games. These games can be very different but they do share one trait. They require you to use your brain and plan your moves carefully. From chess to board games and Dominoes, strategy games can provide hours of challenging fun!

Since the touch-screen was invented, strategy games have flourished so if you enjoy playing this genre on your phone or tablet here are 25 of the best strategy games for iPhone and iPad.

This well-known strategy game that’s been played by millions of people is now available on iPhone and iPad but more importantly, it’s the full game.

This means you can play it on your phone or tablet just like you would on a Mac.

XCOM: Enemy Within is an excellent squad-based strategy with captivating 3D graphics and challenging turn-based battles

best part is, it works flawlessly on mobile.

FTL is a captivating spaceship simulation game in which you’re traveling across the galaxy in your own spaceship.

You’ll have to manage your resources wisely but also make sure you stay alive because there will be plenty of enemy encounters.

Become the leader of a steam-driven pirate crew and manually fire the guns of your robots during the fun and action-packed turn-based battles.

It’s one of those games that gets more challenging as levels progress so it’s safe to say you won’t get bored too soon.

Developed by the creators of the popular Kingdom rush games, Iron Marines is a real-time strategy game that also mixes in tower defense elements.

You’ll have dozens of missions to complete throughout the galaxy and face hard to kill foes. If you’re feeling brave you can also unlock the Impossible Mode!

This game allows you to control invisible agents as you infiltrate some of the most dangerous corporations. Invisible, Inc. is an excellent turn-based strategy game in which you can unlock 10 agents and the world is randomly generated so you’ll never play the same scenario.

setting is inspired by real Nordic mythology and the tactical, turn-based battles will require careful planning as every decision will have consequences.

The popular strategy game can now be played on the and iPad. Rule the ancient empire of Rome and command your troops to victory while enjoying captivating 3D battles while also managing the , religious, and civil aspects of your kingdom.

This game shows that being a monarch is not that easy as it might seem, especially when you’re building your kingdom from scratch. Kingdom: New Lands is a captivating side-scrolling adventure that will have you exploring, recruiting, and building, but also defending your growing empire.

Templar Battleforce is a unique combination of strategic combat, army building, and RPG elements that takes place in a creative fantasy world in which you will control Templars armored with Leviathan battle mechs fighting against rogue human factions, hordes of dangerous Xenos, and the old Narvidian threat.

If you’re a fan of space battle Sid Meier’s Starships will be right up your alley! The game’s missions require tactical space combat and there are plenty of customization options for your starships. Nevertheless, this being a complex strategy game it also requires you to perform diplomacy, and just like in real life, there are multiple paths to victory.

Warbits is as close as you can get to Advance Wars on mobile but don’t let the quirky lines and adorable graphics fool you. The game requires complex strategy and it provides several game modes, achievements, and power-ups for your army.

Most strategy games are based on conquering or saving the world/universe…..you get the idea. Plague Inc. wants you to infect it. This might seem easy but you’ll have some planning to do.

Interestingly, it seems like the developer was invited at the CDC in Atlanta to speak about the game’s disease models!

Tired of being the good guy? Well, this game has you leading a horde of evil barbarians trying to conquer the world of Generia and do what they do best: impale, plunder, drink beer and use inappropriate language.

Crush Your Enemies has a lot of fun elements but you will also have to plan, use the right type of units, manage resources and other strategy related tasks.

Hero Academy 2 features polished graphics and a captivating tactical turn-based experience. The game mixed a 4x grid in which two teams fight against each other and Hearthstone-like card-based so if you’ve been searching for a unique strategy game this one is a must try!

We couldn’t have Clash of Clans missing from our roundup of best strategy games for iPhone and iPad right? This game managed to successfully add a social component to the strategy genre which is what made it so popular to begin with.

Be sure to read our Clash of Clans review to find out more about the game!

This interesting game takes place in Japan during the Warring States era and you can play as one of the warlords that were fighting for domination during that time.

Frozen Synapse features both single player and multiplayer modes and comes with a modern interface while also offering a challenging strategy gameplay.

Plan the individual seconds of a fast-paced gunfight between computer simulated warriors and hit the “Prime” button to see how the fight unravels.

19. Final Fantasy Tactics: The War of the Lions

Despite the branding, this particular title is strategy game with plenty of variables that heavily relies on tactics.

You can now test your battle planning skills using intuitive touch controls in the mythical world of Ivalice.

Download Final Fantasy Tactics: The War of the Lions for iOS

A gorgeous minimal game that has you build and manage your village while also surviving monster attacks that take place during the night. The story is immersive and as you progress, you will gain access to more building and crafting options as well as trade with new civilizations.

Battleplans is a fun action-packed strategy game with unique squad tactics in which you will need to be both attacker and defender. The game brilliantly combines RTS, MOBA, and base elements to deliver challenging real-time battles and hour of entertainment.

This game has a streamlined interface so it’s easy to use but the truth is, it’s a difficult historical strategy game so if you’re looking for a challenge this title is right up your alley.

The short story is you will be leading the German army with the ambitious plan to invade Russia. Sounds fun, right?

This wacky space exploration game with tactical turn-based combat has you exploring a veggie-filled universe in your own spaceship. The cute cartoon graphics and cheeky add to the fun as you’re enemies using weird weapons and explore dozens of planets and galaxies

First Strike is a fast-paced strategy game in which you’re trying to resolve a global nuclear conflict. You’ll have to build an impressive amount of bombs, the bigger the better, but also plan your strategy carefully.

Rymdkapsel is an interesting strategy game that’s not battle focused. The aim of the game is to build the best possible base by exploring the galaxy and leading your minions.

This is one of the games that has simple graphics yet enticing gameplay and elegant strategy mechanics.