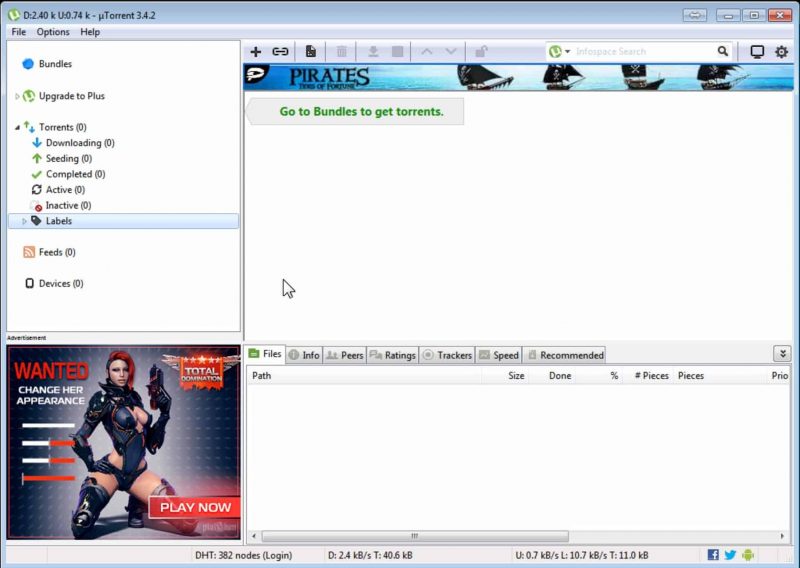 I really loved uTorrent back in its infancy, when it was ultra lightweight, despite the fact I only used occasionally.  However, things started to change for the worse ever since BitTorrent. Inc. acquired it and I see more and more folks searching for reliable uTorrent alternatives for Windows.

Despite the security issues and shady adverts, uTorrent has been accused of repeatedly, I still stuck to it for a good while. Nevertheless, at some point, I experienced some nasty bugs that were affecting my computer’s performance and decided it was finally time to move on, and kiss uTorrent goodbye.

Of course, this meant I had to do some research on the matter, to decide which was the best BitTorrent client for me and as it turns out, there are several noteworthy options. Here are my favorites. 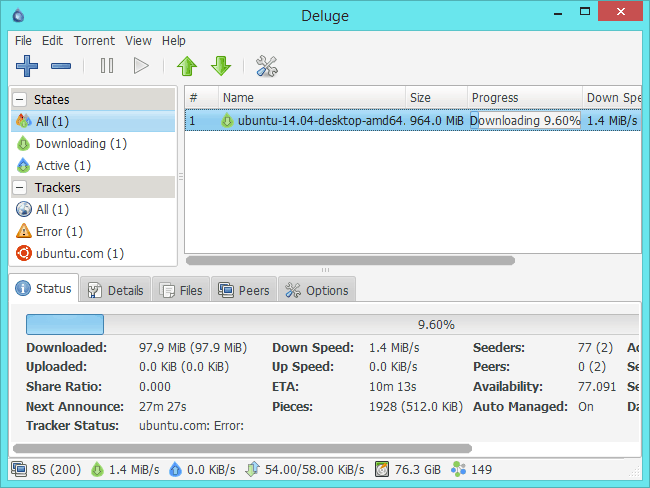 This BitTorrent client is open-source and its cross-platform architecture makes it available on other operating systems, specifically Linux and Mac OS X. As a former uTorrent user, you won’t lack any of the features you’re accustomed to if you decide to switch to Deluge.

The app comes with DHT, encryption, bandwidth scheduling, a web UI, peer exchange, UPnP, magnet URLs and more. My favorite part about this app is it looks like uTorrent in its good old days – a clean and functional layout without the annoying ads and a clean setup.

It also bundles some advanced capabilities thanks to its client-server architecture. The Deluge client can run as a background service or as a daemon to which the app’s UI will connect to. As a result, you can run Deluge on a remote machine and control it on your own computer in a simple manner. 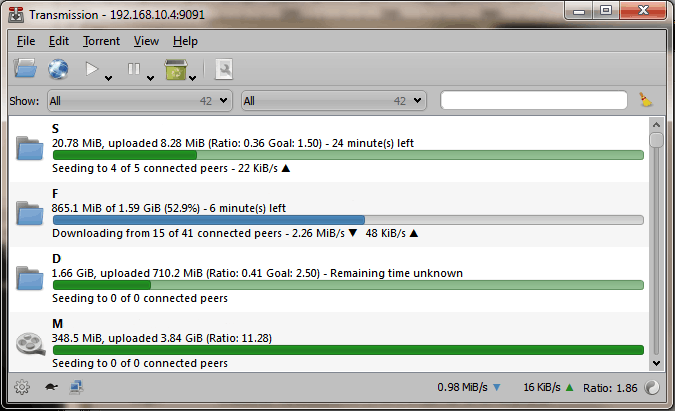 Even if you’re not a Linux or Mac OS X user, you might have heard of Transmission. It’s true, this BitTorrent client officially supports only the two aforementioned platforms but us Windows users have an unofficial build that works very well, called Transmission-Qt Win.

The project is based on the official Transmission client but optimized for Windows with additional features and changes. The app can run as a daemon on a remote computer, just like Deluge so you can remotely manage a Transmission daemon installed on another machine from your own desktop.

The UI is not so similar to the one of uTorrent, like in the case of Deluge, but it is clean and functional so you should have no trouble getting the hang of it. Despite the minimal looks, do not underestimate Transmission. Lots of options are accessible via simple actions such as  double-clicking on a torrent file which lets you see additional details, select the files that should be downloaded and customize a few settings. 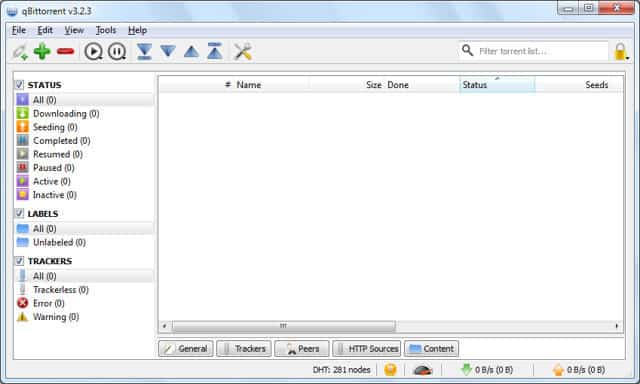 qBitTorrent is another reliable open-source BitTorrent client, and just like Deluge, the app is using libtorrent as a backend. The devs even state this client was specifically designed to be a free alternative to uTorrent and we definitely appreciate that.

The program has a layout similar to both uTorrent and Deluge, and the collection of features is in the same range since it relies on libtorrent. Also, qBitTorrent doesn’t work just on Windows, it’s also available on Mac OS X, Linux, FreeBSD and OS/2. 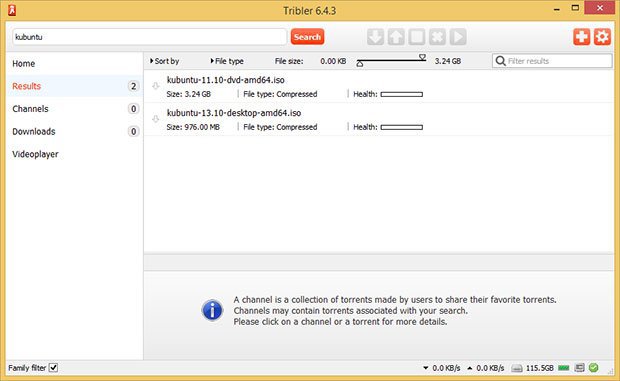 Tribler may not be a familiar name to most people, but this BitTorrent client is over 10 years old and was created by researchers at Delft University of Technology. What’s noteworthy about this app, is it comes with built-in support for a subset of the TOR onion routing protocol.

This makes it possible for installed Tribler clients to work as a relay. I realize the TOR routing protocol is usually associated with the TOR network, but you should know Tribler relies on its own modified version.

This makes Tribler a highly anonymous BitTorrent client, perfect for privacy-conscious users.  When files are being downloaded, the app doesn’t just grab them from a seeder but passes the data through multiple computers through three proxy layers so your activity will be very hard to track. 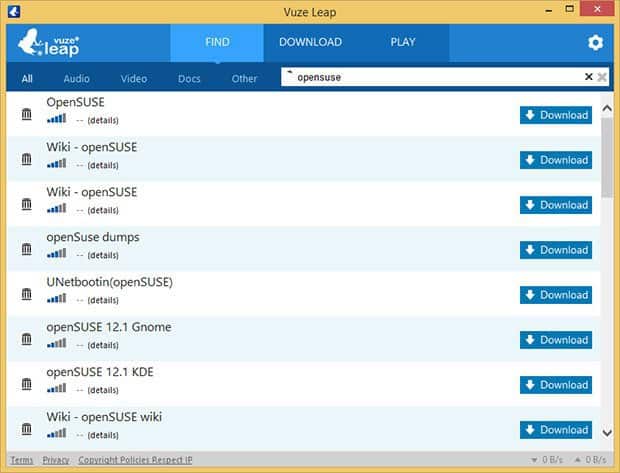 Vuze and Vuze Leap are two popular BitTorrent clients (remember Azureus?) – they are developed by the same team, only the first one is a feature-rich app while the other is a basic client.

Vuze comes with various features such as remote access, plugin support and other options advanced users need. On the other size, Vuze Leap is the lightweight alternative, equipped with an essential set of features. You should also know Vuze features ads (although they can be removed by upgrading to the Pro version) and works on Windows, Mac OS X and Linux while Vuze Leap doesn’t but it’s only available for Windows.

Both of them are robust clients, and you should choose one based on your own needs and preferences.