If you are a fan of the comic book Biowars, you might want to know it is now officially a game available for iOS and Android devices and it’s absolutely free, no in-app purchases.

If you haven’t read the comic books, you might think of Biowars as a beefed up Osmosis Jones. The battle between a supercell Blastor and the germs and microbes takes place in a human organism, so it’s pretty creepy to see all the carnivorous jellyfish swim in what seems to be a human body. 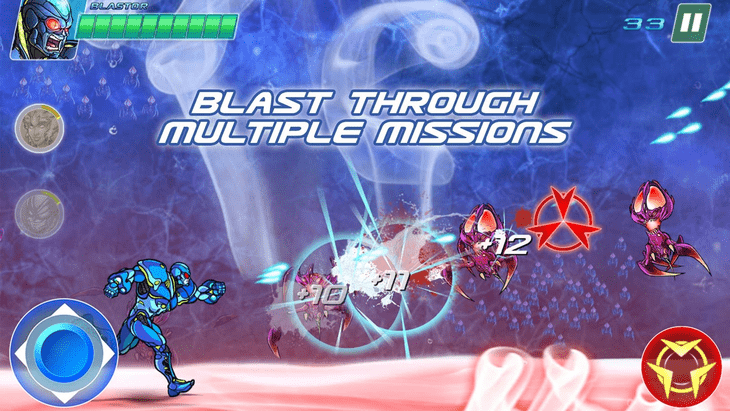 Blastor walks, dodges and runs horizontally across a colorful landscape of human cells, and shoots down the incoming waves of parasites that look like a mix of the Alien and some very aggressive fish.

The control system requires you to play with your both hands since there are two active buttons – the one on the left is for aiming, the one on the right is for firing the weapon. There are also various combinations of special gestures that let Blastor jump, dodge and apply special hits to the enemies. At the end of each stage, he will face a major boss – the origin of the infection. 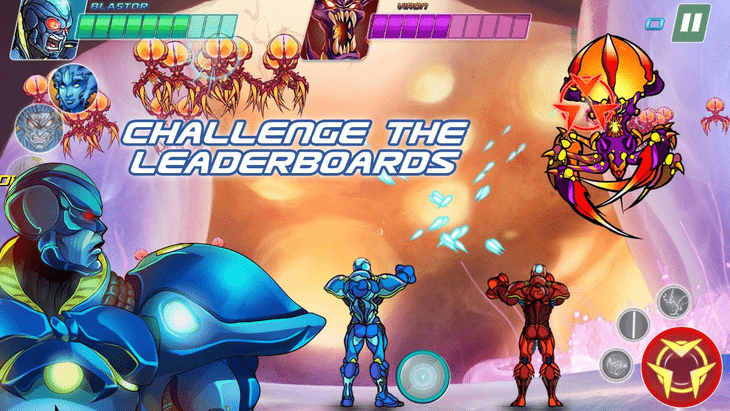 At some point, you will unlock a special feature that lets other comic book heroes help Blastor. What really draws attention in this game is the wonderful artwork – colorful, vibrant and spectacular, yet in vein with the comic book style. The sound score is quite atmospheric, too. 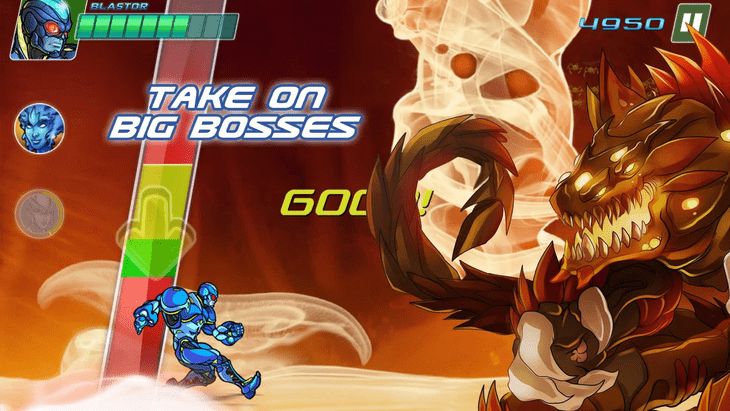 Overall, if you are looking for a free side scrolling arcade à-la bullet hell shooter, the good-looking no-IAP Biowars: Blastors’s Saga is worth checking out. Watch its gameplay teaser above and let us know what you think in the comments below or join a conversation on our forums.