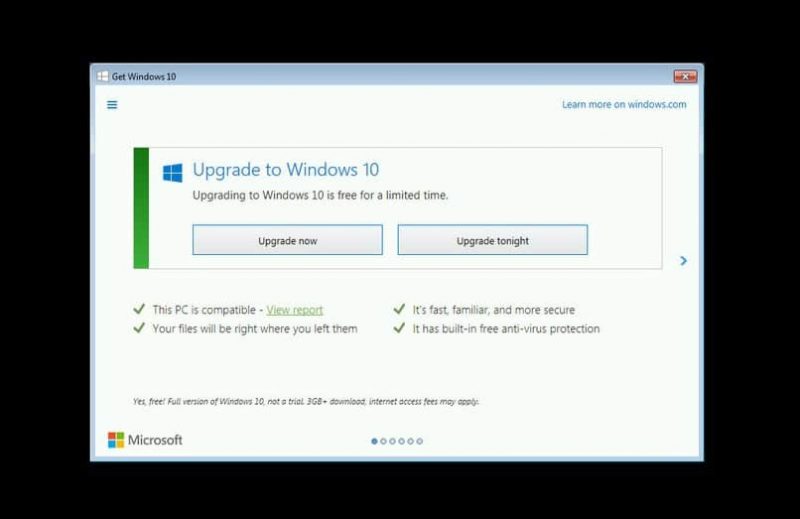 Any good will that Microsoft gathers is usually muddled by the company’s questionable decisions in every area and Windows 10 is the finest example of them all. When the operating system was released in July, the initial reception was fantastic and Microsoft could simply ride the wave of good feelings and happiness all the way to the bank. Of course, that is not what the company did as the operating system’s many hidden tricks slowly came to light. And now, as if upgrade notifications were not enough, the company is pretty much shoving Windows 10 in everyone’s collective face.

What is Microsoft doing?

As you have probably heard already, the company really wants people to upgrade to Windows 10 and it is more than willing to step on user choice in order to fulfill that goal. One of the many ways it has been trying to accomplish that is by placing prominent notifications in Windows 7 and Windows 8.1 PCs so that people know how, when and why they should upgrade their systems. Now, the company is actually changing settings that block these notifications and even worse, changing settings that block OS upgrades.

The latter part may actually result in some people getting Windows 10 without consenting to it. If that seems far-fetched, you only have to look back to October and realize it has already happened before. In fact, you can take a look at current configurations too where Microsoft has removed the “No thanks” option from the Windows 10 Update prompt, meaning users have to download the OS even if they do not upgrade until later. Thankfully, there are quite a few preventive measures you can take to block Microsoft’s aggressive push as long as humanly possible.

Get the GWX Control Panel

This third-party tools has now become the go-to app for everyone who wants to block Windows 10 upgrades as its developer is active in the process of stopping or at least blocking Microsoft’s overwhelming push. The GWX Control Panel is a very simple app that removes upgrade messages, disables the “Get Windows 10” app and constantly checks Microsoft’s changes so that users are always protected from the upgrade. This app was actually one of the reasons why people caught on to what Microsoft was doing so quickly because the company’s updates forcefully changed the upgrade settings that GWX controlled and the response was thankfully swift. 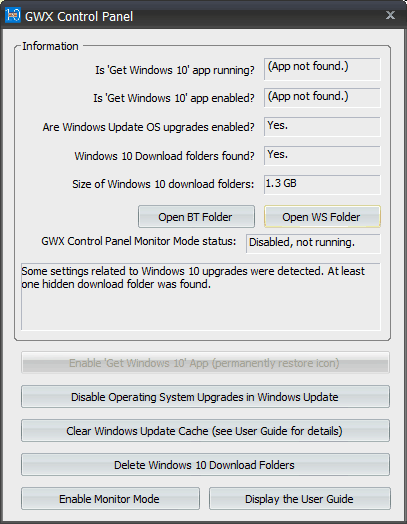 In all honestly, this tool and its Monitor Mode are probably your best bet at blocking Windows 10 because everything is performed automatically. You can try both of the following methods but there is a pretty good chance Microsoft will automatically revert your changes in the future so do not keep your hopes up.

Take ownership of the GWX folder 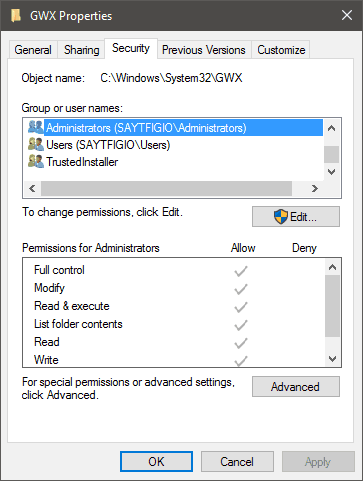 The GWX folder is located in “C:\Windows\System32” and all you have to do is take ownership, delete everything and deny access so that nothing more can be written in the folder. We have talked about how you can take ownership of files and folders extensively so take a look at our guide if you would like to know more.

Disable GWX in the Registry 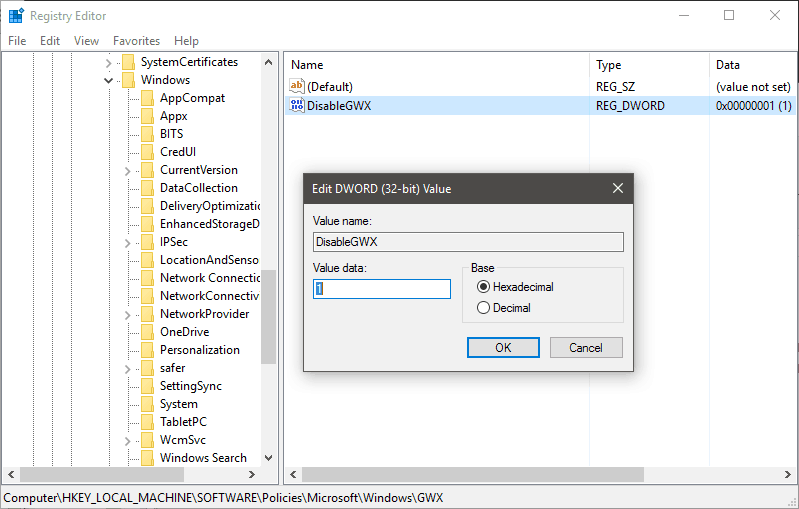 Microsoft will have no problem reverting the changes made to Registry files but it is still worth trying. After launching the Registry Editor, navigate to:

Once there, create a new key called GWX. Select they key and create a new DWORD named DisableGWX. Double-click on the DWORD, change its value to 1 and you are done.