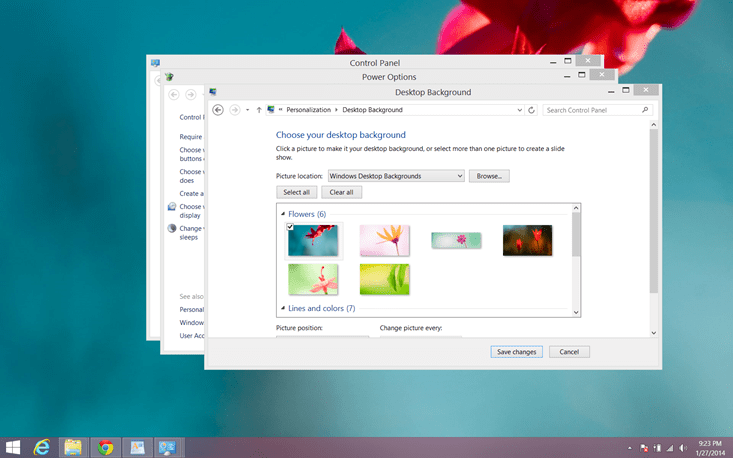 The Windows 8 Start screen is useful for touch-enabled devices and even some desktop and laptop PC users might appreciate it. For the rest of us, we’re simply better off using the classic desktop.

Starting with Windows 8.1, Microsoft fixed their mistake and gave us the option of skipping that Start screen and boot directly to desktop in just a few simple steps:

1. In Deskop mode right-click on any blank area on the Taskbar. From the menu, select Properties. The Taskbar and Navigation menu will appear.

There’s also another way to get to the same menu: Go to Control Panel – Appearance and Personalization and click on Taskbar and Navigation.

2. Go to the Navigation tab and check the option “When I sign in or close all the apps on the screen, go to the Desktop instead of Start”. Reboot to apply the changes.

That’s it! It’s surprisingly simple and if you change your mind and want to boot to the Start screen instead of the desktop you can always go back and uncheck that option.
There are a few other options worth mentioning in the Navigation tab: Firstly, using the “Show my desktop background on Start” you can customize the Start screen background to be the same as your desktop’s.

Last, but not least you can set your desktop apps (obviously the ones you use the most) to be listed at the top in their categories when in Apps view by enabling the option “List desktop apps first in the Apps view when it’s sorted by category”.