Desktop gadgets were appreciated by lots of people (myself included), back in Windows Vista and 7, but Microsoft chose to remove them from Windows 8.

The main reason behind the removal of gadgets is security. Gadgets had access to your system, just like regular desktop applications so Microsoft considered them too risky. I’m not talking about the built-in gadgets, those were obviously safe since they are bundled with the OS. Third-party gadgets, are the ones considered to be potentially malicious.

But really, what’s the difference between third-party gadgets and third-party applications, since both of them could come from an untrusted source? In the end, it’s up to you to decide if the download source of a gadget, application and any other kind of digital content is trustworthy or not.

Microsoft replaced gadgets with Live Tiles, which are linked with ModernUI apps, which can only be installed from Windows Store. ModernUI apps and Live Tiles cannot access your system, and don’t have the ability to perform changes outside the application, besides obviously showing information.

The problem is, Live Tiles are only displayed on the Start Screen. For those of us who still rely on the Desktop and do our best to avoid the Start Screen, gadgets can still be useful. Luckily, it’s possible to bring desktop gadgets back to Windows 8 via a third-party application.

8GadgetPack is the name of that app and what is does is simply install the original Gadget files on Windows 8 and 8.1.

1. The first thing you need to do is obviously download 8GadgetPack and install it. All you have to do is fire up the installer and proceed to the installation, there are no configuration settings needed.

2. As soon as the installation is complete you’ll notice the app also brings back the Windows Sidebar we used to have in Vista. You can open up the Gadgets collection like we used to back in Windows Vista/7. Right-click on an empty area on the Desktop and select Gadgets from the context menu. 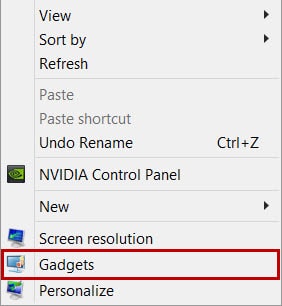 3. If you toggle the Show details pane you can see information about the currently selected gadget such as version number, developer and official website. 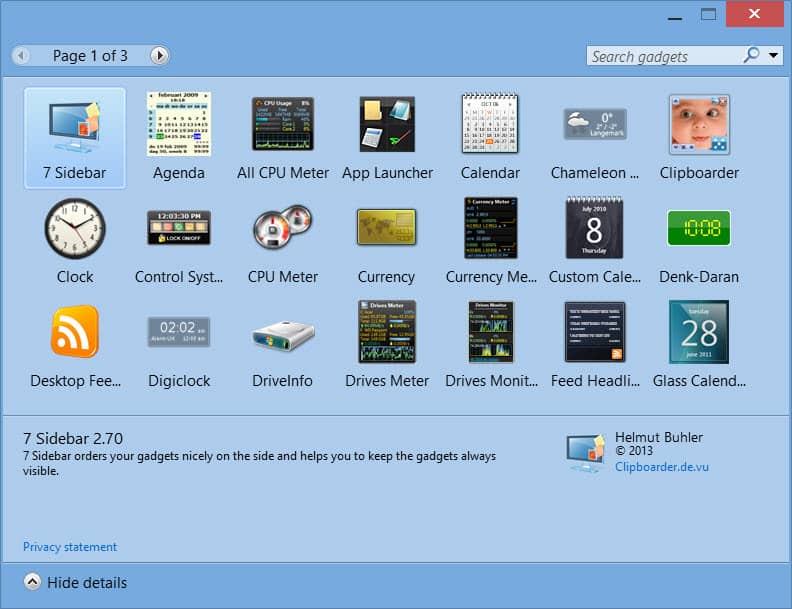 4. The Windows Sidebar is optional. If you choose to keep it you can add gadgets until you fill it, from its own context menu or from the small “+” sign in its top-right corner.

You can close the sidebar if you don’t want to use it and keep the gadgets you want on your desktop. Also, you can drag and drop gadgets between the desktop and the sidebar.