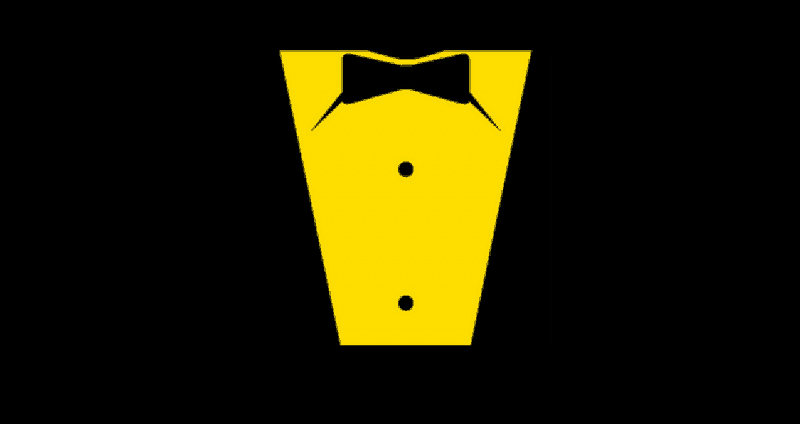 BroApp: Awesome or Awful? You Define

Men are from Mars, women are from Venus. Men constantly complain that women demand attention and care and want to make an emotional connection while men… well, you know what men want. Have you ever had fierce argument with a girlfriend and she got very upset when you didn’t text her in the middle of a very important business meeting? Did she ever accuse you of being emotionally immature and detached? Do you feel obliged texting your girlfriend every now and then and that makes you feel evermore uncomfortable with the relationship? If the answer is yes, there is a great chance you are what your girlfriend says you are, but this nifty app can help you fake you are someone loving, caring and mature, willing to commit to a serious relationship. Who knows, maybe this app will help that relationship last a little bit longer.

BroApp sends text messages to your girlfriend – the messages that are filled with love, care and attention she needs from you, saving you the trouble. At some point, this app may seem like a teenage prank or a very sophisticated self-irony. Nevertheless, hundreds of users hail praise to the two Brisbane-based app developers who have created this love tool that automatically sends text messages from the likes of “hey babe, how was your day?” Tom and James say Tom was the one to get the idea of an app that would send automatic messages when he noticed his girlfriend became frustrated if he forgot to text her.

Developers say the app prototype caused them a few hassles. For example, early versions of the BroApp could text message to Tom’s girlfriend when he was actually sitting next to her on the couch, creating yet another source of argument. Tom admits that the most difficult part was confessing to his darling that he’d been experimenting on her with his app for three months without telling her.

BroApp comes preloaded with 12 default messages, but the developers say you can replace the default messages with your personalized ones – an answer to user feedback from numerous international users.

To be able to use BroApp, you have to input your girlfriend’s phone number, create custom loving messages or select from the number of default messages, set up the time of day you want to have them sent by the app and voila`!

BroApp will not send your girlfriend a message if you are at her place or if you have just exchanged a message or two with her. How does it do it? App comes preloaded with a “girlfriend Wi-Fi detector,” which helps BroApp prevent itself from sending automated messages while the user is at their girlfriend’s home. In addition, the app is equipped with a “recent contact detector,” which means that if you have been recently communicating with your darling, the app will not send a message that might contradict your real text messages. In addition, BroApp has a “safety lock down,” which locks down the app if it detects that a curious girlfriend is trying to open it, and instead it will display a list of gifts you were supposedly “planning to buy for her.”

While there is a number of negative backlash, the developers say the early users of BroApp stated it was the only thing that could help their relationships. Currently BroApp counts up to five thousand of downloads.

The app is currently available to Android users only, and if you want to share the pain of communicating in your relationship, you can download the app from Google Play store for $1.99.

iPhone boyfriends, stay patient – an iOS app is in the works, too at the Factorial Products Pty. Ltd.

The app is described as “your clever relationship wingman,” but some users say it is “worst mobile app of all time.” After all, why have a relationship at all if you do not want to invest your time in it?

“BroApp is a tool to help Bros out. We know that people are busy and sometimes forget to send enough love to their partners. We invented BroApp, so that even if you forget to manually write a message, your love is still communicated,” say the developers on their website. “BroApp provides seamless relationship outsourcing.”

BroApp is available in Google Play for $1.99, so it isn’t an overly expensive offer. 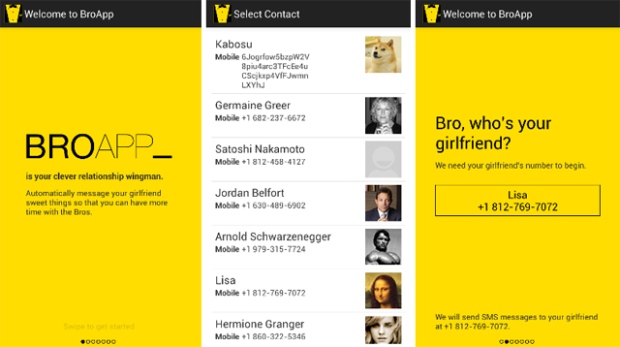 BroApp is a pretty convenient solution for guys who need to fake interest in real emotional connection with their girlfriends, or who are actually caring guys looking to stay connected with the girlfriends when they are too busy or unavailable to send a real, non-automated message. The app comes with basic customization options and some crucial precaution tools needed to prevent it from giving you away. It may help you save the relationship at a difficult stage, so why not try it?

On the other hand, if your girlfriend should find out about you using BroApp, we wouldn’t blame her for calling it quits. What do you think about this invention? Is it a legitimate innovation designed to help people maintain their emotional bonds with their partner, or is it machismo in its ultimate tech presentation? Let us know your opinion in the comments below!