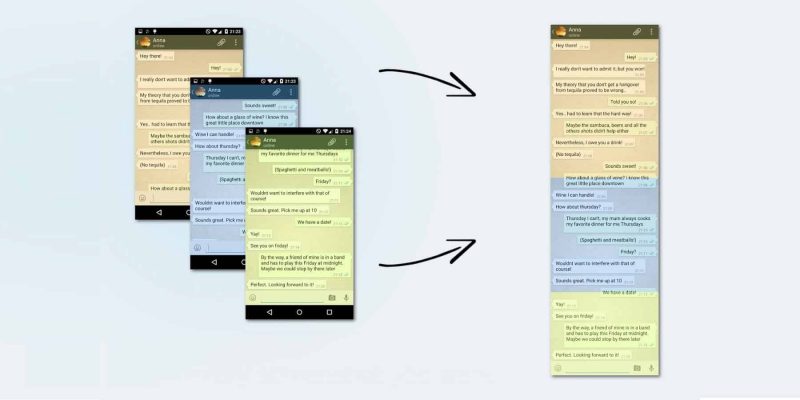 Even if you capture screenshots occasionally (regardless of the platform or device), you probably came across a web page, photo, or another item that was longer than the size of your screen. The completely ineffective solution would be to capture two or more parts of the item and then stitch them in a photo editing app.

On the desktop, there are plenty of screenshot tools that offer a scrolling capture mode, which practically grabs a screenshot of the entire website, app, photo and so on. On Android, there’s no such capability that’a built into the system, although recent Samsung devices like the Galaxy Note 5 and the newly released Galaxy S7 do offer a way to capture scrolling screenshots.

Since this is a feature powered by the TouchWiz framework, it’s not available for other Android devices, but there’s another solution. Stitch & Share is an app that provides a clever way to capture scrolling screenshots on any Android device. There’s actually no scrolling involved, instead, the app detects when you capture several overlapping screenshots and stitches them together to form the entire, long image. It may use a method different than vertical scrolling to grab the screenshot, but the end result is the same.

You can download the app for free from the link below or simply search it by name in the Play Store and install it from there.

You’ll be taken through a welcome tour at first run, that explains how the vertical screenshot works in Stitch & Share, which is practically the same thing as a regular screenshot except you need to take several overlapping screenshots of the vertically scrolling web page, app or screen. Then, the app will automatically detect and seamlessly stitch the images to create the long screenshot and send you a notification when it’s done.

Grab the screenshots like you normally would. No need to try and be too precise, just make sure you have every area of the screen you’re trying to capture in at least one screenshot. Stitch & Share should automatically start working in the background and when the stitched image is ready you will get a notification. Tap it to view the vertical screenshot and use the share button to save or share it.

The app works well but it’s not perfect. Sometimes it can fail to detect that you just captured overlapping parts of your screen several times. However, it also offers the option to manually stitch the screenshots which is a lot easier than it sounds.

Should this happen, simply open the app and tap on the + button located in the top-right corner. On the next screen, select the screenshot that should be located at the top of the series. Then, tap the + button for each screenshot that still needs to be added and when you’re done the app automatically aligns and stitches the photos into one longer image.

It’s practically the same method as when the app automatically detects you taking multiple overlapping screenshots, as you only need to add the photos manually. Stitch & Share still takes care of the editing part. 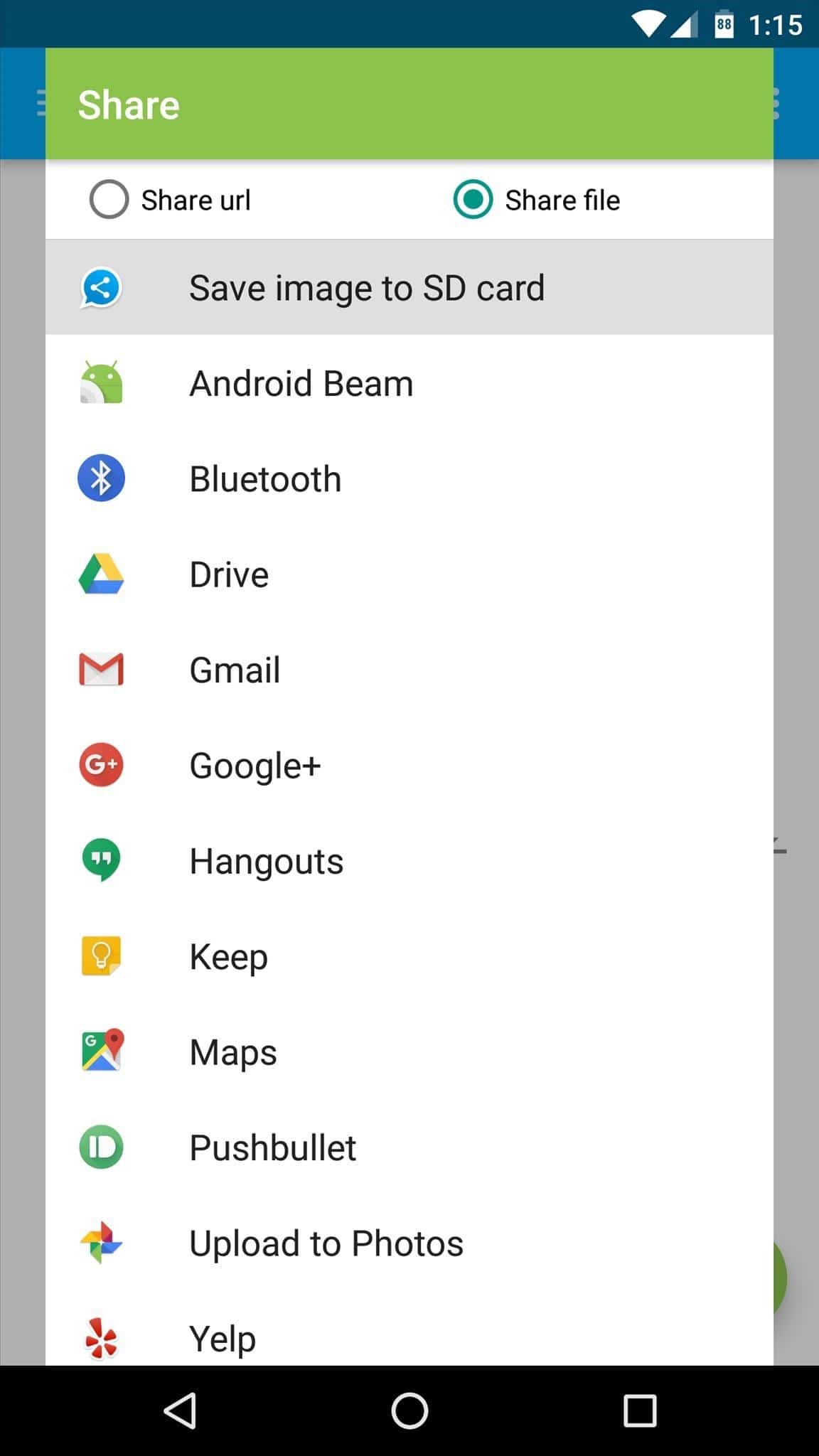 To continue, you’ll need to press the Share button to either save or share the screenshot (as I already mentioned above).  The app lets you share your vertical screenshot as a file or as a URL.  The latter option will upload the photo to the Stitch & Share website and allow the recipients to open the link to view it.

If you want to simply save the photo on your phone, select the “Share file” option and tap on “Save image to SD card”. You will find the screenshot saved as a PNG file in your Pictures folder on the internal storage or the SD card (if you have one of course).