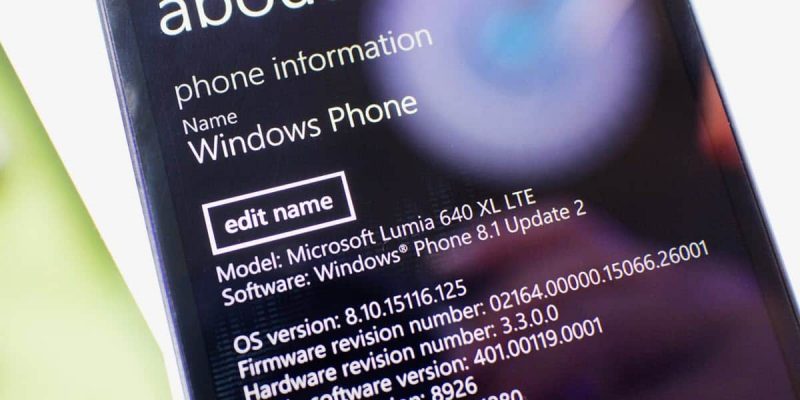 I realize there’s not too much excitement concerning Windows Phone 8.1 GDR 2 and most WP fans are actually focused on getting (or waiting to get) Windows 10 on their phones. However, Windows 10 for phones is rough and buggy right now and unless you have a spare device to tinker with, it’s definitely not recommended you rely on it on your main device – at least for the time being.

Even so, it’s definitely worth having Update 2, since it does bring several improvements, but installing it doesn’t pose the same risks as Win10 Preview. This update has been elusive so far – there is no official way to get it and we don’t exactly know which devices are supported.

Right now, Windows Phone 8.1 Update 2 is shipped on the newly released Lumia 640 and 640 XL and along with the latest Windows 10 for Phones preview build 10051 for several devices. There’s a neat little trick that can be done to see it Update 2 is available for your device, and if such is the case, download and install it as well – thanks to the guys at Softpedia for this!

Even if you don’t plan on upgrading your device to Windows 10, you can get GDR 2 only via the Windows Insider app (you’ll also have to register as an Insider, of course). Like with any update there are risks, so the decision on whether you do this or not, is ultimately yours. 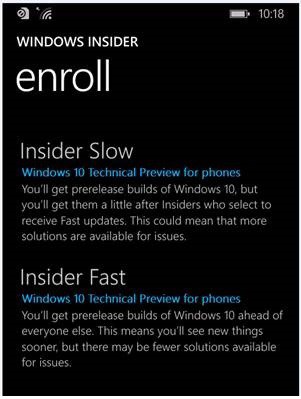 2. You’ll be prompted to choose either the “Slow” ring or the “Fast” ring, take the “Fast” option.

3. Now you can check for updates from your phone’s Settings. If only a Windows 10 Preview build is offered, it means there’s no Windows Phone 8.1 Update 2 build available for you.

4. If Update 2 is available for your device, go ahead and download it, then follow the required steps to complete the installation. DO NOT download the Windows 10 build.

Note: Unless you actually want to install Windows 10 Preview on your phone, you shouldn’t download that build. From what I’ve seen so far, once you accept the download there’s no going back. At some point the build will auto install and I didn’t manage to find a way to cancel this.

This can be an unwanted “side-effect” of the Windows Insider app and Microsoft may remove the possibility to get Update 2 this way, at some point. I’m very curious what devices have received GDR 2 builds so let us know in the comments section if your phone has received the update, and what model it is.

Follow us on Pinterest, Google+, Facebook and Twitter to receive our latest apps & game reviews, news, tips and how tos for Android, iOS and Windows Phone. You’re also welcome to join the Pocketmeta forums for some more mobile apps discussion!