A new update makes it possible to choose where apps can be installed from in Windows 10. The feature is available starting with Windows 10 build 15042 (currently released for the Insider program) and it enables you to decide if apps are allowed to be installed from anywhere, from the Windows Store only or preferably Store apps over the classic win32 programs.

The purpose of this new feature is to make Windows 10 more secure but there’s also a downside. The Windows Store doesn’t have too many apps and many software developers are still reluctant to port their apps to the Store. There’s still a large number of popular desktop apps which do not have a Store version.

However, let’s not get discouraged from the start so let’s see how you can choose where apps are installed from in Windows 10, and what the available options actually mean.

How to choose where apps are installed from in Windows 10

Open the Settings app and navigate to Apps -> Apps & features. 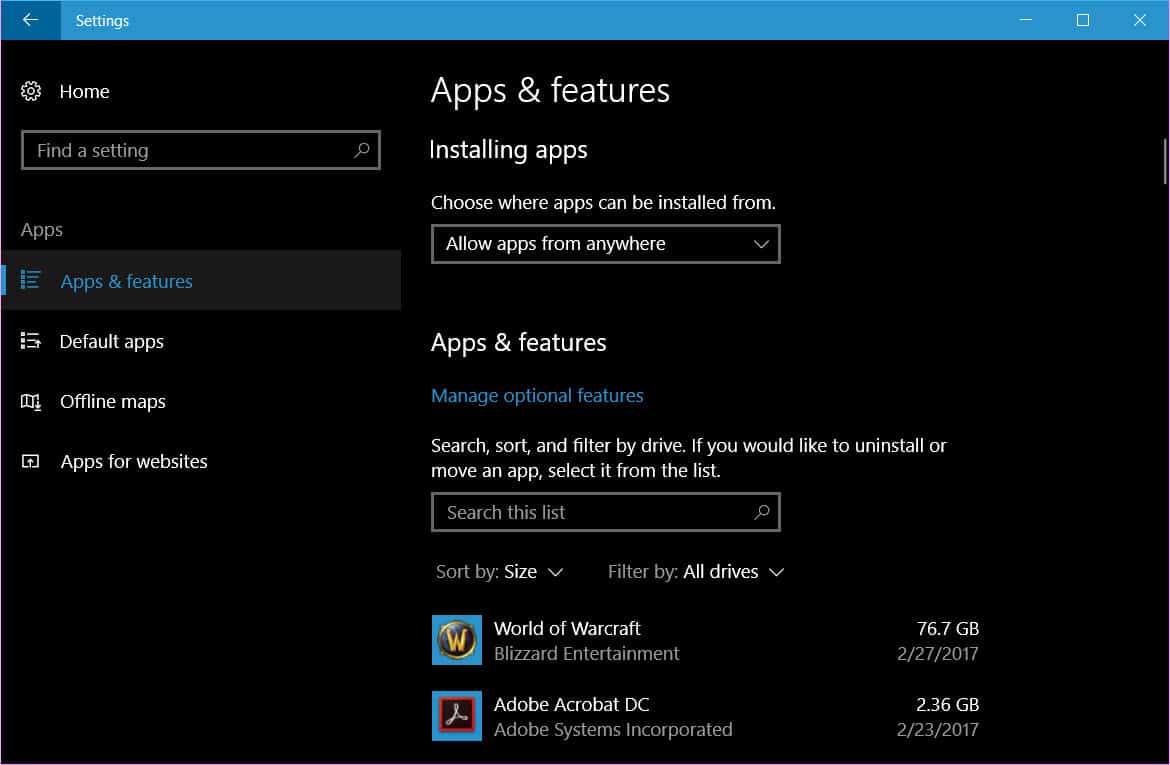 Click on the drop-down menu under ‘Choose where apps can be installed from’. Allow apps from anywhere – this is the default option and couldn’t get more straightforward. It allows you to install both Store and Desktop apps.

Prefer apps from the Store, but allow apps from anywhere – If you choose to enable this option, you will still be able to install classic desktop apps but whenever you attempt to do it you will be warned via a popup. 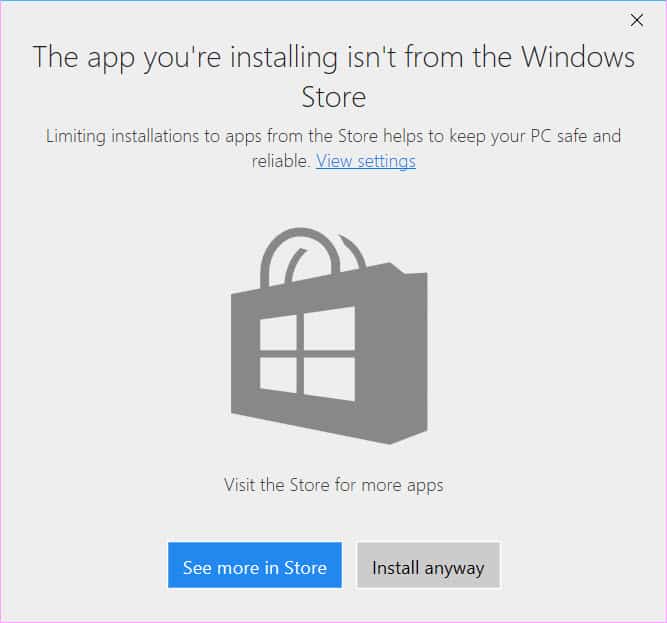 It will provide you the option to visit the Store instead or ignore the warning and continue to installing the app.

Allow apps from the Store only – This option will prevent you from running installers of win32 applications. 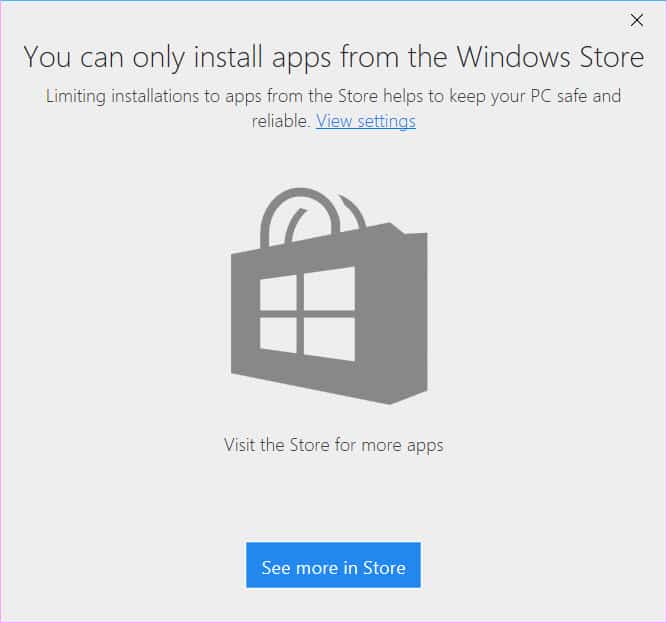 You will receive a warning message similar to the one of the previous option but in this case, you won’t be able to ignore it and install the application. All you get is a link to the Windows Store.

Keep in mind the above-mentioned options only affect installers and application setup programs. All the desktop apps you already have installed will remain usable. You will also be able to run portable apps and other executable files.