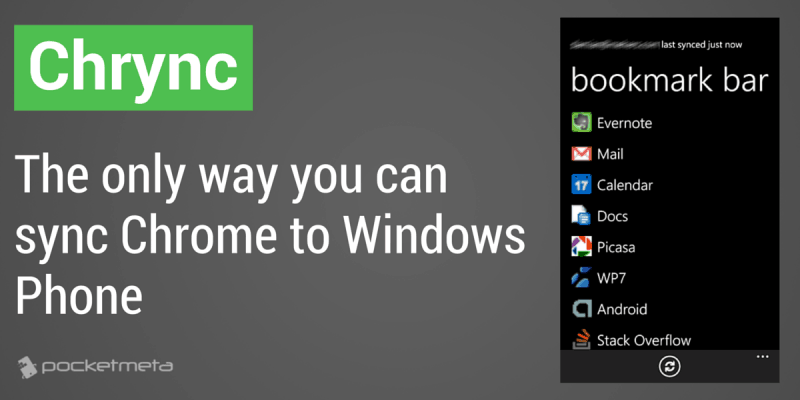 If you tried Windows Phone before the 8.1 update there’s a chance you got a bad aftertaste because WP 8 was indeed aesthetically pleasing but the lack of functionality remained present until the last major update was released. You’d probably find the OS a lot more functional right now unless you’re hung up on Android’s extreme openness and cannot live without hacking your device to its core – that can’t happen on Windows Phone.

Nevertheless, there’s still a major problem with Windows Phone and that’s the lack of Google official apps and services. You can blame it on Google for not caring about WP users (that’s one way to kill the competition) or on Microsoft’s failure to motivate them in the first place (those ‘Bing vs. Google’ campaigns certainly didn’t do them any good) , the situation remains the same, at least for now.

Windows Phone doesn’t have an official version for Chrome, Gmail, Google Maps and everything else Google. There’s an official Google Search app which hasn’t been updated in over a year and you’re defintely better off using Cortana and Bing to search the web. The native mail client does a decent job and there are other apps that offer a superior Gmail experience such as MetroMail.

Like I said, there’s no Google Chrome for Windows Phone, but there is a way to access and sync Chrome bookmarks, passwords and recently viewed pages, even open browser tabs (although this feature is currently in experimental stage). Chrync is the free app that lets you do all of this by communicating only with Google’s servers over a secure link. 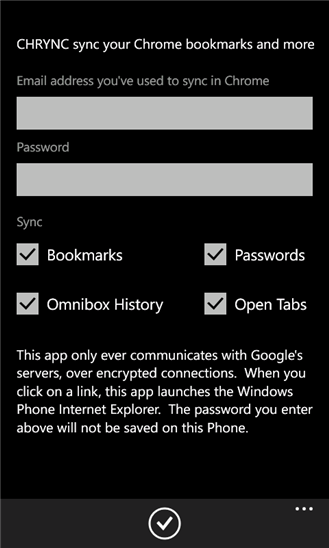 To use Chrync you’ll need to sign in to your Google Chrome account so the app can access and sync your personal content. During the setup phase you can select the items you want to be synced – bookmarks, passwords, history and open tabs. Also, the app lets you add multiple Chrome accounts and switch between them. 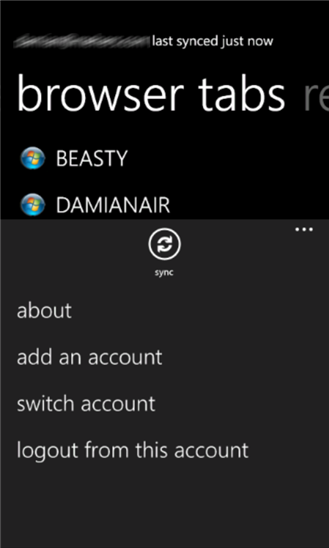 Taping and holding any bookmark or folder will give you two options – pin it to the Start Screen or share it. If you simply tap on a bookmark item, it will open its URL in Internet Explorer. So no, the app does not provide a Chrome alternative, just the sync capability.

All in all, Chrync is a very useful app for anyone that wants to sync and access their Chrome content on Windows Phone and more importantly, the only way to do so. Who knows how long it’s going to take for WP to receive official support from Google? If you need your Chrome stuff on your Windows Phone a.s.a.p. Chrync is the way to go.

Have you tried Chrync and are you satisfied of the app? Let us know in the comments section below!