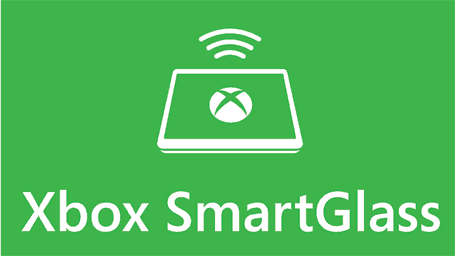 Xbox 360 is a gaming console, which offers many great benefits. For example, you can connect the Xbox with your PC in order to stream movies, music and other files from your console, you can play online with millions of other Xbox gamers and you could use the Kinect motion-playing system, in order to play your games even without a controller.

However, in this tutorial we are going to focus on another amazing feature of the Xbox 360. As I mentioned above, you can connect your gaming console with your computer. Yet again. Your computer is not the only device, which can be connected with Xbox 360. Xbox 360 gives you the chance to connect your Windows Phone 8 with it too. Once you do this, you will be able to use your smartphone as a controller. Let’s find out how you can accomplish this.

Install the Xbox SmartGlass App from the Windows Phone Store

NOTE: In case the app is not available for your region, you should go to your Windows Phone and change the language and region settings, so that you can access the SmartGlass in Windows Phone Store.

NOTE: If you are planning to use this app frequently, it is recommended to pin it to your Start screen, so that you can access it faster. Press and hold on its entry and select the pin to start option from the menu.

NOTE: Before you start using this app, follow the instructions below.

Set the Xbox 360 Console to Turn on Xbox SmartGlass Apps

Firstly, you should know that you need to use the same account for your Windows Phone and your console.

Now you will be able to remote control your Xbox 360 console from your Windows Phone completely.

Problems you may Encounter

While i was using the app, i encountered a couple of annoying features that you may also notice too. Therefore, i decided to mention them, so that you will be prepared, in case you encounter them.

First of all, i realized that every time my smartphone locks, the SmartGlass app disconnects from the Xbox 360. As a result, you should know that if you unlock your Windows Phone, you will have to wait for a while, until the app connects to your console again. This small detail could be very annoying sometimes.

Secondly, the first time you launch the app, you might see the following error screen.

If you get this Xbox SmartGlass ”can’t sign in (1000)” screen, make sure that both your Xbox 360 and your smartphone are connected to the same network and they are using the same Microsoft account. Then tap Sign in again until it works. I warn you, this may take two or three times to work, so do not give up.

As you noticed from this tutorial, you can easily connect your Windows Phone device with your Xbox 360. Go ahead and try out this great feature!