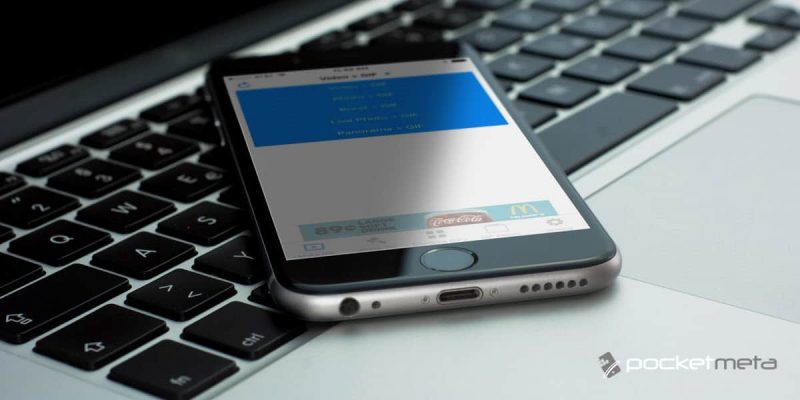 Until we get to more futuristic forms of entertainment like holograms, for instance, we can rely on the trusty GIF format to bring us the pleasure of animating pretty much anything. If there’s one thing that any iPhone owner who appreciates and often uses GIFs into conversations and online mediums is the possibility to easily convert any media file to GIF on iOS.

It can be done thanks to a cool little app called GIF Toaster. Why use GIF libraries, when you can create your own, from whatever media file you’d like to use? This, of course, includes regular images, bursts, panoramas, Live Photos, and videos.

Convert any media file to GIF on iOS

As you can see, GIF Toaster really lets you convert any media file to GIF on iOS, and we’ll explain how it works in a moment.

GIF Toaster is free, so you can go ahead and download it from the link below, or by searching its name in the App Store app.

Open the app and look at the bottom menu. There you have the option to make GIFs and if you tap on it, you will be able to select which type of conversion you want to perform. Also, there’s a different option called ‘Break GIF’ which lets you convert GIFs into still photos, and another to merge multiple GIFs.

Regarding GIF creation (which is the purpose of this guide), just tap on Make GIF, then select which media you want to convert and the following screen will let you tweak some settings before the actual conversion takes place.

You can customize settings such as range to tweak the start and end point of the animated file, adjust frame rate, playback speed, and resolution. It’s even possible to reverse playback the GIF or have it play in YoYo mode, either of which can yield some pretty hilarious results. Other options include the ability to flip the GIF horizontally or vertically, rotate it, add text overlays and more (note that some effects are only available in the premium version of the app).

Once you’re happy with the configuration you can finally press the Convert button and after it completes you will have various actions at your disposal, such as open in…. that lets you share the animation with any supporting service, view in full screen, save and copy it to your PC via WiFi or iTunes.