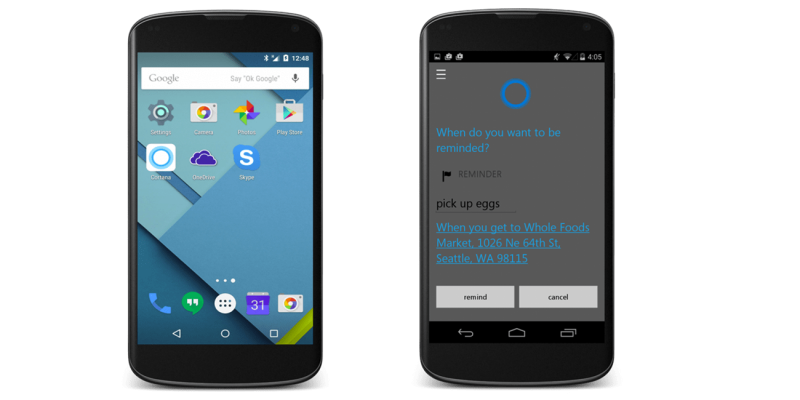 Microsoft has made their plans transparent regarding Cortana – the virtual assistant is going to spread across all major platforms and will in no way be a Windows exclusive feature. Today, the Redmond tech giant announced Cortana for Android will enter beta starting next month.

You might wonder why should you trade Google Now (which comes with its own benefits) for Cortana? There’s no definitive answer, although Microsoft’s digital assistant supports Windows 10 PCs as well and retains your personal preferences and information across a variety of devices.

Furthermore, Cortana for Xbox One is scheduled for launch this fall in the U.S. and U.K. Not only can the assistant help you find games, challenges and friends on the console, but it can also perform basic tasks for you, plus it stays connected with your other devices.

Say you were supposed to take your medicine at 9 p.m – while you’re watching a movie on your Xbox, Cortana will automatically pause it and remind you of your task. Conversations with Cortana can be continued from one device to another – that’s the whole point of Microsoft’s digital assistant.

While all of this may sound great, Cortana isn’t going to make much sense for those who don’t have at least one Windows device. The upcoming Android and iOS apps are designed to work as companions for other devices running Windows 10.

Even Microsoft admits they “want everyone to love not just their Windows 10 PC, but all the devices they own, working with their Windows 10 PC.” This is not a bad thing though: if you love your Windows 10 PC you can still enjoy everything Cortana has to offer even if your other devices are running under iOS and Android.