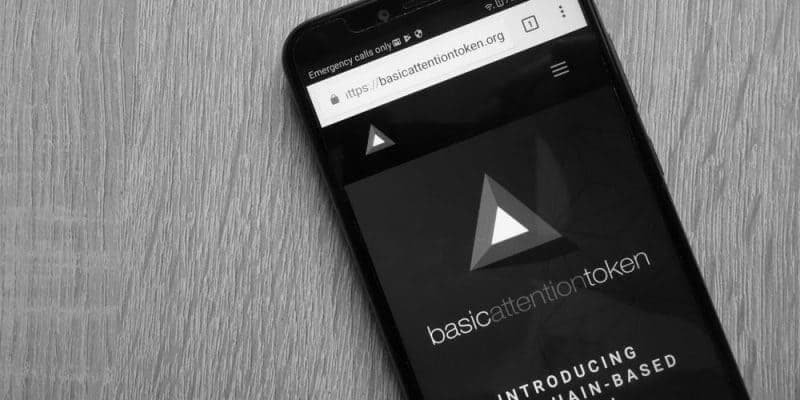 The two plan on revolutionizing online advertising while also delivering state-of-the-art browsing privacy. Brave automatically blocks all ads by default so you can enjoy a safer web experience.

What is Brave browser?

As already mentioned above, Brave is a web browser designed to block all ads and trackers by default.  Brendan Eich is Brave’s founder who also invented the popular programming language Javascript and co-founded Mozilla, the organization who makes the Firefox browser. Brave recently surpassed the 10 million downloads mark on Google Play Store so it’s safe to say its popularity is growing rapidly.

One of the features Brave feels most proud about is the browser’s speed. According to Brave’s own testing, their browser can be up to 8x faster than Chrome. While the testing has only used mobile devices, user feedback seems to back up Brave’s browsing speed claims.

Privacy-wise, your browsing data is only stored on your device and nothing is kept on Brave’s servers. This means you can delete it at any time and you won’t need to entrust the security of your private details to a third-party.

Brave’s private tabs don’t allow external tracking unlike the private browsing provided by most web browsers. It also comes with automatic integration of some of the most popular password managers like LastPass, 1Password, Dashlane, and Bitwarden.

In July 2018, Brave passed 3 million monthly active users and at the start of September, it reached the 4 million mark. Judging by the rate of growth we should soon see the browser pass 5 million active users per month if it hasn’t done so already.

A few days ago, Brave’s Basic Attention Token was listed on Coinbase Pro which is amazing news even though it’s a four stage process and might take a while before the token receives full transfer status.

In September, Brave released Brave Core, a new version of the browser with an interface more similar to Chromes and support for Chrome extensions. It’s only available to developers right now, but it’s a promising start to making Brave as customizable as Chrome and one of the most important features currently lacking.

What is Basic Attention Token (BAT)?

The saying that nothing is ever free also applies to the Internet. While a tech giant like Google allows you to use its search engine at no cost, you will still help them earn revenue. How, you might ask?

Instead of asking for money, they will monetize your attention. By clicking on any of their advertised search results Google will earn money. The company or product displayed in the ad has paid Google for each visit originating from the ad itself.

The attention economy might be thriving but Facebook and Google dominate it. There’s also a lot of attention publishers are having trouble monetizing like the one on social media.

Basic Attention Token together with Brave were designed as a revolutionary solution. With BAT users can “pay” their favorite publishers attention. This means the website you visit through Brave will be rewarded with BAT for your attention.

This doesn’t mean Brave won’t have any source of income. In fact, they plan to launch a decentralized ad exchange where Brave users can optionally see ads in exchange for BAT rewards. As a result, Brave should remain free and funded by advertisers.

The ad targeting is performed anonymously using zero-knowledge proofs and machine learning so Brave won’t be accessing your user information or browsing data.

Interestingly, Brave will only take 15% of all ad revenue. From the rest, 70% will go to publishers based on how much attention they get and 15% will be directed to users. You won’t be able to directly redeem these rewards for cash but it can be used to access premium content and back your favorite publications.

Brave relies on users opting-in for ads and that will probably happen. The ad network or advertisers won’t be having access to private user data and it will be in the best interest for Brave and the publishers to offer attractive rewards for BAT.

It’s worth mentioning the above-mentioned percentages are only for website ads. Ads shown directly in the browser (like in a new tab) will direct 70% of their revenue to users.

You can read more about Brave’s philosophy in their whitepaper.

If you’re wondering about the BAT token’s distribution you should know they held a sale on May 31 2017 that raised 156,250 ETH. A total of 1.5 billion BAT tokens were created with 1 billion being sold in the token sale. 200 million went to the Brave team and 300 million tokens were kept for user growth pool.

BAT was issued as an ERC20 token on the Ethereum blockchain. Transactions will occur in a Zero Knowledge Proof enabled state channel on Ethereum.

BAT relies on two blockchain integration: BAT itself, the token issued on Ethereum used for value transfer, and Basic Attention Metrics (BAM). The latter is tracked in the Brave browser ledger to so user attention is tracked and reported in a reliable and accurate manner. While these were designed to work in conjunction they can also be used separately.

The browser uses a wealth of information for tracking attention which includes user clicks, page visit time, which tab was active and for how long, and many others.

How are BATs exchanged?

Most of the Basic Attention Tokens go to the publishers as ad revenue and users also get BAT rewards for viewing ads as explained above. BATs can be used on the BRave platform for premium services and content, as well as for donations to publishers.

How to purchase BAT?

The BAT/USDC pair has entered full trading mode on Coinbase Pro, according to a Coinbase blog post. While Coinbase Pro is the crypto exchange platform dedicated to institutions we can expect the pair to become available on Coinbase in the near future.

The easiest way to purchase bat is to buy Bitcoin or Ethereum from Coinbase using your debit/credit card or via a bank transfer. Then you can trade your ETH or BTC for BAT at any exchange that supports the token such as Binance, Bittrex, Bitfinex, Liqui, Hubi, or Upbit.