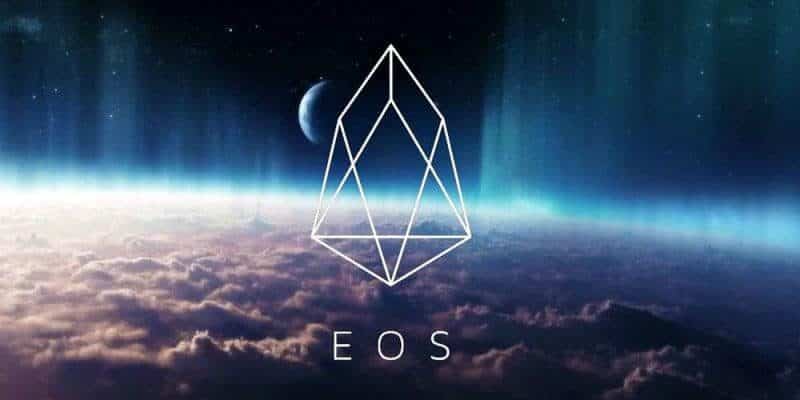 The high tech and financial industries are starting to feel the significant impact of cryptocurrencies and blockchain technologies. The EOS.IO blockchain platform has been launched in mid-2017 by the Hong-Kong based company block.one and quickly made a name for itself.

EOS.IO allows developers to create blockchain-based applications, especially decentralized apps (dApps), and smart contracts. With a market cap of over $4 billion (at the time of this writing), EOS earned a steady place in the top 10 cryptocurrencies.

These figures alone are enough to draw attention so if you’re wondering what is EOS, we will discuss all the details of this blockchain-based platform below.

EOS is a blockchain platform that has the main function of allowing the development of decentralized applications. Function-wise, it is similar to Ethereum which is why some are calling it the “Ethereum killer”.

EOS’s strength comes from the fact it is focused on using the best existing features of cryptocurrencies and blockchain technologies to provide a user-friendly and fully scalable dapp platform. Dapp development is simplified by offering users an operating-system-like collection of functions and services.

How does EOS work?

The main idea behind EOS is to create a blockchain platform that can handle even thousands of transactions per second while also providing a practical and functional way to develop dapps.

EOS wants to be a full-fledged operating system for decentralized applications by offering a complete range of services including server hosting, authentication, and cloud storage.

Furthermore, the system is equipped with several recovery methods to restore your account should it become compromised.

Developers can access usage analytics for bandwidth and storage directly on the platform as well as set limits for their applications. These services can be paid for by staking tokens.

Bitcoin, Ethereum, and other common blockchains rely on consensus over state. This means that all the computers on the network can check the current state of the entire blockchain at any moment. This makes it possible to confirm transactions and prevent fraud.

In this case, the blockchain is a graph of the system’s state.  When a new block is added to the blockchain, the nodes on the network take each transaction from the block and update the state of each address linked to those transactions.

EOS relies on consensus over events. This means that it focuses more on the transactions and not on the state. The nodes verify the series of events that happened so far to monitor the network state instead of checking the state of the entire network at any moment.

While the system needs more time to completely reconfirm the history of transactions during a restart it can handle a significantly higher throughput of transactions while running.

In other words, the EOS network is able to scale to one million transactions per second out of the gate on a single machine. In theory, infinite scaling is possible in parallel between multiple machines.

Free to use apps

Applications developed on the EOS platform do not require micropayments by end users to perform tasks and send transactions over the blockchain. However, individual app developers can decide how users pay transaction fees allowing them and companies to create their own monetization strategies.

The EOS system offers a governance model relying on block producers that vote on which transactions are confirmed, whether an application is running properly, and on changes to the source code of both individual apps and the system itself. This means the community is able to actively participate in upgrading, downgrading, and fixing bugs in the system.

The system was designed to lower latency and optimize performance by splitting each block (produces every 0.5 seconds) into sequential cycles. Cycles are made of threads that run in parallel within cycles. This type of structuring allows users to send and respond to transactions within single blocks, as well as between blocks. The theoretical bottom limit is brought to the response time down to message transmission time over the net.

You can read all the details about the EOS network in the official whitepaper.

As mentioned at the beginning of this post, Block.one is the company that created the EOS project. Its founders are Brendan Bloomer and Dan Larimer who is also the co-founder of Steemit and Bitshares.

The EOS network is currently hosting over 100 dapps. User activity is somewhat low with PRA CandyBox, the most active dapp on the network having around 5,700 daily active users.

Even though this number seems low, it’s significantly higher than Ethereum’s most active dapp, the IDEX decentralized exchange which currently has around 1,200 daily active users.

EOS has drawn in a lot of criticism as many say the project is heavily centralized because of the Delegated Proof-of-Stake consensus mechanism it’s using, in which only 21 Block Producers verify transactions.

Furthermore, there have been quite a few bugs discovered on the EOS network so far. Some critical vulnerabilities appeared when the platform’s main net was launched which took many people by surprise as they were wondering how this could happen considering the project’s $4 billion ICO. New bugs have been discovered even after the launch.

The EOS token sale lasted for a whole year starting June 26, 2017 with 350 periods of distribution. At the end of each period, the total number of tokens allocated for that period were given to contributors based on the amount of ETH they contributed divided by the total contribution amount.

During the year-long ICO, the project managed to raise $4 billion. Most major exchanges listed EOS tokens during this time so the price was primarily decided by the market.

The EOS token doesn’t have a specific function it is only used by developers building dapps on the EOS platform to generate their specific application tokens.

Once the ICO ended, the EOS price dropped dramatically from $4.85 to $0.50. Since then, the coin’s price has fluctuated between the all-time high of $21,46 reached in april 2018 when the platform’s main net was launched to its current price that sits around $5.

Now that the main net is up and running, the biggest factor influencing the coin’s price remains the EOS dapp use. As more dapps are developed on the platform and attract users, EOS’s price could start rising again.

How to buy EOS

These days there are quite a few crypto exchanges that list EOS. Binance is our top recommendation and you can use BTC, ETH, or USDT to purchase EOS coins. However, there are plenty of other options such as Bitfinex, OKEx, Kraken, Huobi, Changelly, and others.

Once you buy some EOS coins you will also need a reliable wallet to store them in. There are several community-created wallet to choose from.

The most popular one is the Greymass wallet which comes with a friendly UI that makes it easy to store your tokens and vote for Block Producers. Simpleos is another excellent EOS wallet greatly appreciated by the community that’s extremely easy to use so perfect for novice holders.

Tech-savvy users also have the possibility to use the Command Line Interface (CLI) wallet included with the blockchain. It’s an open-source wallet provided by Block.one so definitely the safest option.

EOS has had a few hiccups along the way and raised some controversy especially when it comes to the platform’s bugs. Despite the subpar execution, the platform does bring some innovative technologies to the dapp ecosystem and the $4 billion budget should cover the costs needed for EOS to accomplish their plans.

So far EOS seems to be performing well but the next few years will be critical for the platform to establish itself on the dapp market. Either way, we can safely say it is a prominent digital asset with the potential to revolutionize dapp development and it will be interesting to watch it grow.