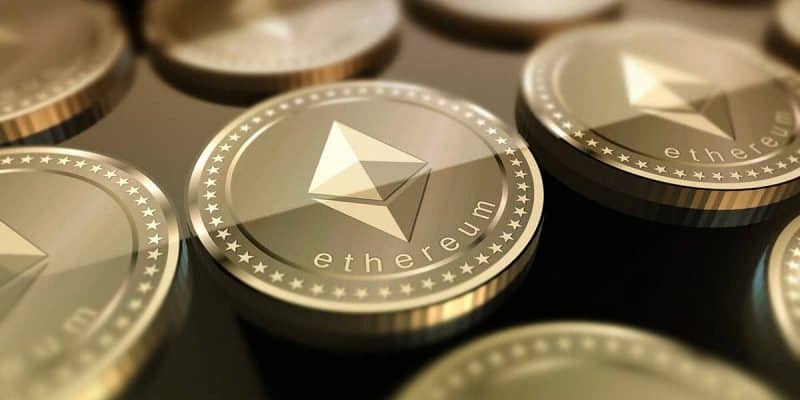 Even as a beginner in the cryptocurrency world, you’ve probably heard about Ethereum already. Bitcoin might be the most popular digital coin but Ethereum is right behind it, having the second largest market cap at the moment.

When trying to familiarize yourself with Ethereum, it might be useful to have a basic understanding of Bitcoin first, which we’ve already discussed in detail. Ethereum’s power is based on its unique ability to allow for new applications to be developed and deployed in a quick and convenient manner.

The difference between Ethereum and Bitcoin 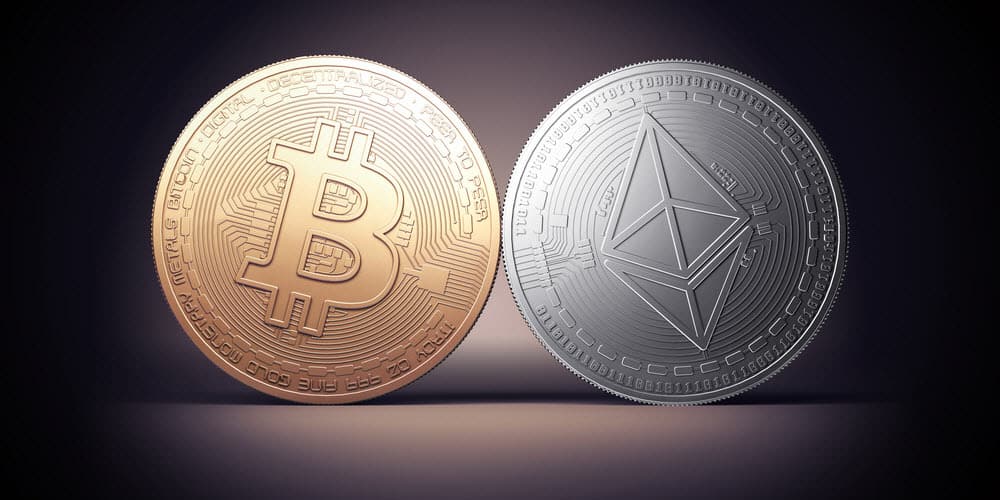 One way or another, any cryptocurrency gets compared to Bitcoin, so let’s start with that in the hopes you’ll understand the concept Ethereum is based on. Bitcoin’s primary goal when it launched back in 2009 was to create a decentralized universal currency that makes possible to perform secure and valid transactions without relying on any third-party financial institutions.

To accomplish this goal, Bitcoin relies on a technology called “blockchain”. You can read our Blockchain guide if you want to get a deeper insight into this technology but the short version is the blockchain works as a digital ledger, tracking and verifying any and every Bitcoin transaction. Since the blockchain is a decentralized network, it’s powered by its users and there is no single entity responsible for handling it. This makes the blockchain practically incorruptible.

How does Ethereum work?

Like I already mentioned, Ethereum is also a blockchain-based decentralized platform but unlike Bitcoin which uses the platform for securing and validating transactions and ownership, Ethereum uses it to power the development of decentralized applications (also known as “dapps”).

Developers can use Ethereum’s system to create smart contracts. Smart contracts are scripts that are automatically executed by the Turing-complete Ethereum Virtual Machine when a specific set of conditions is met.

Ether is the Ethereum network’s cryptocurrency and it’s used for two purposes: firstly, it compensates the mining of the network’s nodes and secondly, it rewards people based on smart contract conditions. If you want to learn more about mining, here’s our complete Ethereum mining guide. Now let’s see what are smart contracts, the Ethereum Virtual Machine, and dapps so you can get a greater understanding of Ethereum.

If you’re looking on buying and owning some ETH, here are the best Ethereum wallets.

What is the Ethereum Virtual Machine?

The Ethereum Virtual Machine (EVM) is Ethereum’s runtime environment and it’s responsible for executing smart contracts. Since the EVM is run by Ethereum’s decentralized network, it also allows for running and developing decentralized applications (dapps) and eliminates the need of building their own blockchain.

What are smart contracts?

Smart contracts are scripts that automatically execute when a specific set of predetermined conditions is met. This means they are entirely self-operated and since they don’t rely on a central authority they’re also more reliable and objective. With smart contracts, various tasks can be automated and there is no need for any third-party, just the predetermined set of rules.

What are decentralized apps (dapps)?

Most of you probably already know what an application is. Applications (apps) are software programs created for various purposes. You’re using one right now to view this post – I’m talking about your web browser. Of course, there are many other types of apps: we’ve got music and video playing apps, apps for online banking, social apps such as Instagram and the list goes on.

The difference between apps and dapps is the latter are not powered by a central source and instead run on a network of nodes. This brings some interesting advantages:

– Since the blockchain is what keeps dapps running and it’s completely decentralized, dapps will have zero downtime which means they’ll be running 24/7.
– Dapps are practically unhackable since all they’re data and protocols are stored on the blockchain in an encrypted form.
– Decentralized apps are completely self-operated as they run using the rules written in their coding.
– Dapps are open-source which means any user can view their code.
– This type of application is also easy to implement as developers only need to pay transaction fees for their dapps to run on Ethereum’s decentralized network instead of having to create their own, likely inferior blockchain. Dapps communicate with the blockchain using HTML and JavaScript web apps in most cases.

This is probably the most exciting part of this tutorial. Here are some real examples of existing dapps that use Ethereum’s decentralized network.

You can think of WeiFund as a decentralized Kickstarter. This dapp is a crowdfunding platform using Web 3.0 technology and the end user’s experience is similar to traditional crowdfunding platforms such as GoFundMe and Kickstarter. To use it, you will need to open the app in a Web 3.0 enabled browser like Ethereum’s Mist, for example. Web 3.0 web browsers also come with dedicated wallet systems so transactions performed on apps like WeiFund are both secure abd verifiable. All funds raised on WeiFund are accounted for in the Ether cryptocurrency.

Golem takes advantage of Ethereum’s decentralized network that relies on many users sharing a slice of their computer’s processing power to provide easy access to a supercomputer. Normally, a supercomputer’s price starts at a million dollars which is out of reach for but a few individuals. Golem aims to make the same kind of processing power available to anyone for a fraction of the cost which is pretty awesome, to say the least. 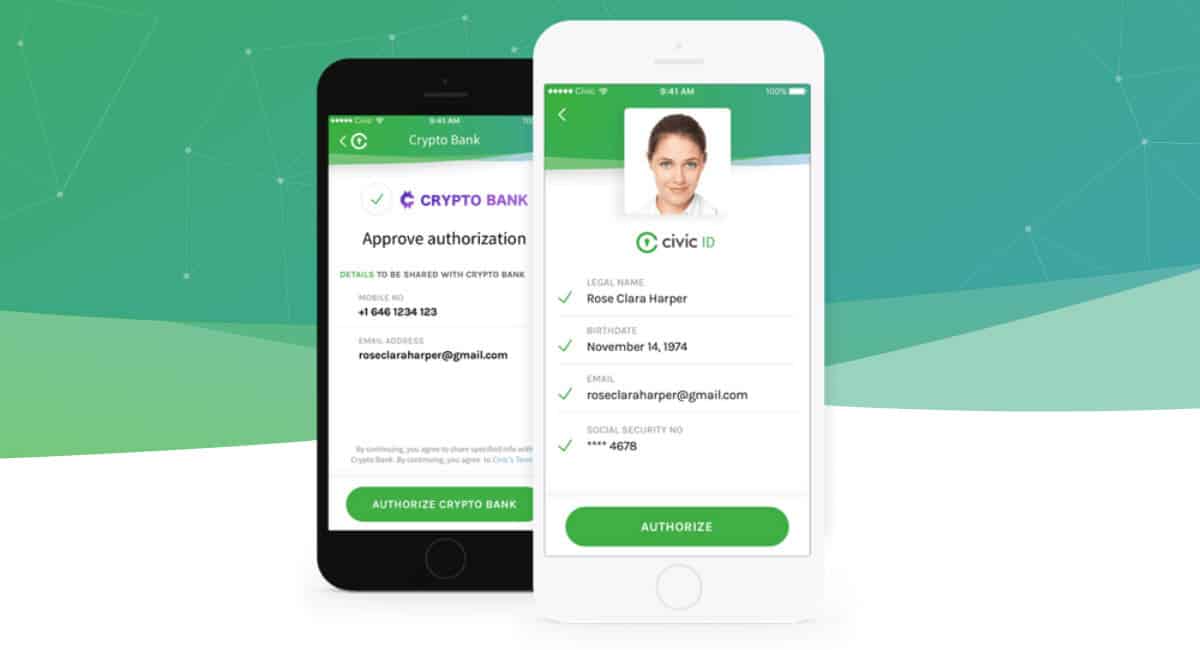 Civic is a secure identity ecosystem that relies on Ethereum’s blockchain to provide secure, affordable and easy to access identity verification. As you can imagine, this dapp is an important step to protect against identity fraud while also eliminating the need for repetitive personal information and background checks.

Just like Golem is using processing power made available by multiple users to offer access to a supercomputer, Storj is allowing users to rent out their free hard drive space and get rewarded with the STORJ cryptocurrency. Since it relies on Ethereum’s blockchain, the data stored in Storj’s decentralized cloud in an encrypted form and only accessible with the proper credentials.

There’s a lot more that can be said about Ethereum but even if you’ve read all the information above, you probably have better knowledge of this digital currency than most other people. As you can see, dapps can be highly versatile and there’s an endless number of ways to use Ethereum’s decentralized network to develop solutions more efficient than ever before.

It’s also worth mentioning that mining Ethereum is more available to the masses compared to mining Bitcoin. Currently, Bitcoin requires ASICs (Application-Specific Integrated Circuits) to be mined so a large investment would be needed for purchasing the hardware. However, Ethereum’s algorithms were designed to prevent ASIC-mining and it can be mined at a more profitable rate compared to Bitcoin, at least for now.