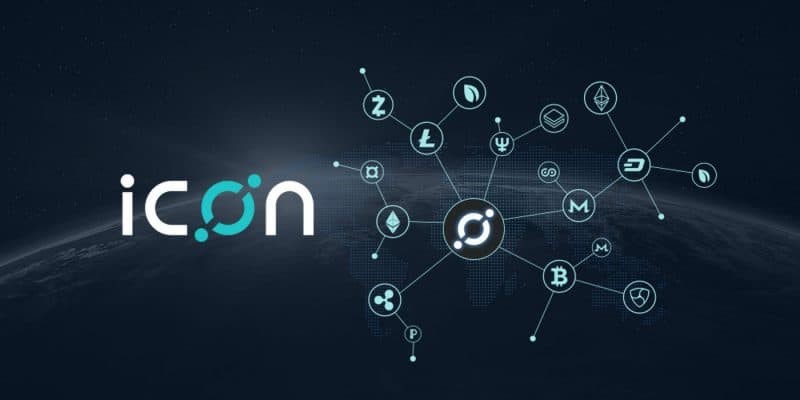 If you’ve come to have a deeper understanding of cryptocurrencies, you probably realized they’re nothing like traditional currencies. In fact, crypto coins extend beyond money as they are tools and services powered by the blockchain’s capabilities.

Cryptocurrencies are versatile protocols that can be applied to serve various industries with just as many purposes from faster, cheaper and more secure transactions to blockchain powered apps.

What is ICON cryptocurrency?

Since all micro-communities present in today’s world rely on each other to function properly, ICON aims to unite them using the power of the blockchain. The Dayli Financial Group are ICON’s founders and they also own the Korean exchange Coinone.

Most of ICON’s team members have previously worked for the Daily Financial Group and the purpose of this project is to link micro-communities such as banks, educational institutions, hospitals, and insurance providers among others.

As an example, if someone needs a hospital’s medical services to be covered by their insurance if the two entities are both connected to the ICON network, the hospital can send the patient’s data associated to his blockchain ID to the insurance provider. ICON tokens, ICX, will be used to perform the transaction.

Like other major cryptocurrencies, ICON is a decentralized applications platform. However, it also provides capabilities to interlink various blockchains which is why its main competitors are NEO and Ethereum.

How does ICON work?

The Nexus (more on that below) is what connects all the independent blockchains and through it they will be able to exchange data via the ICON token, ICX. Each node has the same rights and influence on adjusting the ICX transaction fees. ICX tokens are rewarded to the Community Representatives (C-Reps) for maintaining their community’s blockchain.

The Nexus and loopchain are the space where the various blockchains can communicate with each other and the tokens facilitate the process.

The way ICON works gives it the possibility to become one of the largest and most scalable blockchains as it would allow the other blockchains to operate as usual while also exchanging data with each other on a single platform.

What sets ICON apart from other cryptocurrencies?

Taking ICON’s purpose into account, this platform relies on some innovative technologies and concepts with a huge potential to be truly successful.

That’s right, ICON tokens cannot be mined which might displease some but it certainly wouldn’t serve the goals of the platform.

ICON’s distribution policies are powered by artificial intelligence which also ensures the nodes in the network receive the correct rewards. Dayli Intelligence has developed the DAVinCI AI algorithm and it seamlessly integrates with the blockchain to achieve complete decentralization.

One of ICON’s most prominent features, the loopchain is responsible for connecting the various blockchains with each other. It’s also compatible with smart contracts and can be customized and linked with other blockchain networks.

ICON has its own Decentralized Exchange designed to connect the independent blockchains via the ICX token. The Bancor Protocol sets the exchange rate and if you’re interested in learning more about this protocol you can find all the details in ICON’s whitepaper.

Loop Fault Tolerance is ICON’s proprietary consensus algorithm designed to support the Byzantine Fault Tolerance. LFT’s purpose is to consolidate the messages across the network to boost performance. In other words, using a special technique it reduces the number of nodes involved in consensus, making the network much more efficient.

The Nexus and ICON Republic are what all the blockchain-based independent communities rely on to connect with each other. A collection of blockchain communities which can connect to each other via C-Rep portals is called a Nexus.

Obviously, one Nexus can connect to others, which makes the ICON platform highly scalable and interconnectable.

The transactions between the various independent Nexus-connected blockchains are facilitated by a Blockchain Transmission Protocol. Data is transmitted between the independent ledgers using ICX tokens.

Each of the blockchains in a Nexus has the same level of representation and can work independently according to their own set of rules. The Nexus will include representation channels which allow all involved parties to propose policies and cast votes. The representation channel is made of nodes that participate in the C-Rep, allowing participants to adjust ICX transaction fees, decide to add or remove nodes, as well as discuss voting rights of nodes.

The Nexus Public Channel allows anyone to create and use decentralized applications (dapps), as well as participate in ICX transactions.

Hopefully, you now have a deeper understanding of the ICON platform, and ICX, the associated token. While you can find all the fine details in the project’s whitepaper, it’s easy to see that ICON can be used by both individuals and entities for not just data transfers and financial transactions, but also for improved security measures and identity verification.

If ICON’s team plans come to fruition, this platform may very well be an important factor for the real-world adoption of cryptocurrency.